In Oro Negro, this guitarist is able to make sense of everything, interconnecting it all, from a very original guajira to the bulerias: technique at the service of good taste. This album has the perfect arrangements, which don’t get in the way of the basics, that is, the composition and the impeccable execution, brilliant and pristine. 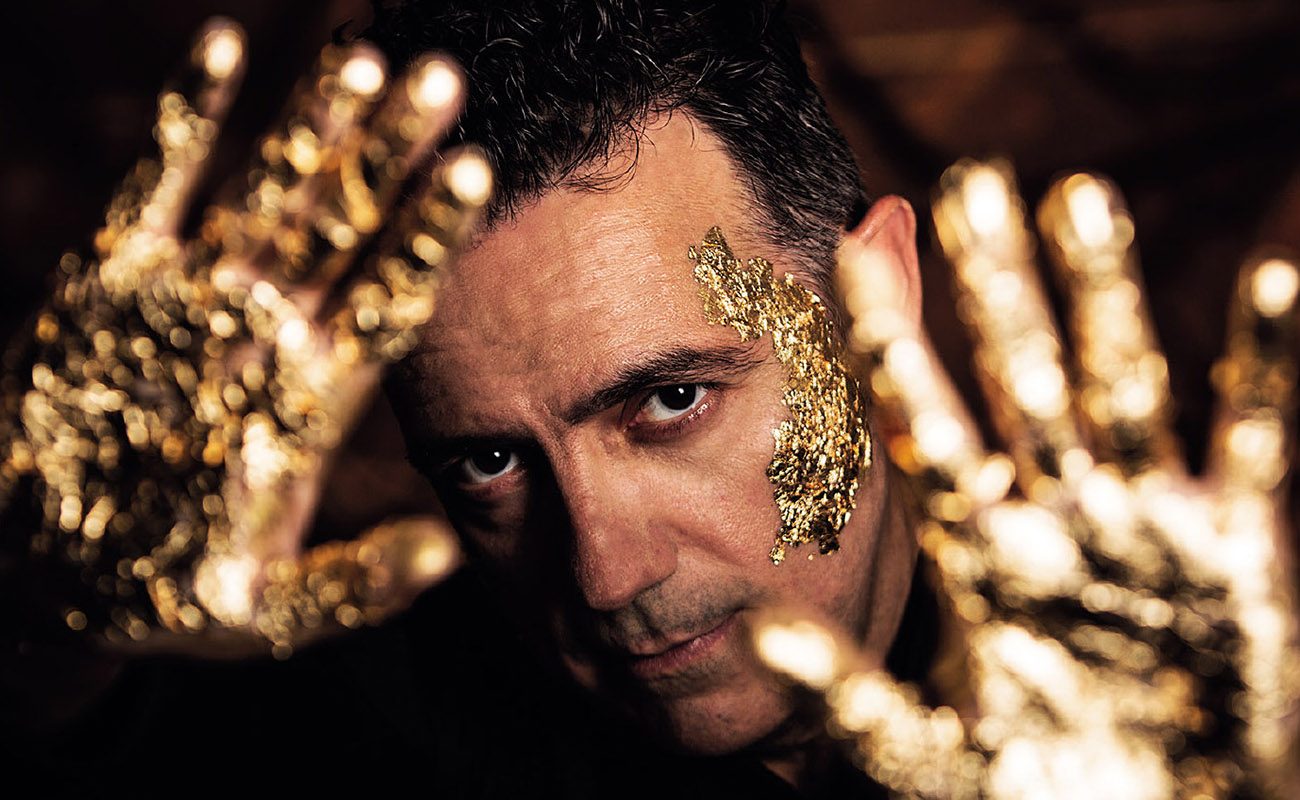 Flamenco critics who aren’t musicians, those like me who can’t play guitar (although I can sing a bit, yet badly) need some time to be able to analyze an album of flamenco guitar. Several weeks ago, I got the album of this guitarist from Jerez, and I’ve been able to listen to it seven or eight times, the precise amount for it to be able to permeate into that part of the body where music lovers have their sensibility. I admit that I’ve been at odds with the new flamenco guitar for a while, because every album seemed to be focused on strength, vertiginous picados and falsetas for the public. There are always exceptions, of course, but it seemed like, in order to come across as “flamenco”, it was necessary to beat up the guitar, while a sonata is more about caressing than punching, about making love to it with love and gentleness, instead of “raping” it. I like Javier Patino for many reasons. First, because he’s a guitarist well versed in accompanying cante and baile, which is something I’ve always found essential. In these aspects he’s also pure silk, gentleness and tenderness. He has his own style, set well apart from the vulgarity prevailing in today’s flamenco guitar. I also like him because he has been able to soak up other music styles, showing his open-mindedness, an essential attitude in any musician that isn’t stuck in trending sounds or imposed patterns. His composition style seems like those of great classic composers, whose works always leave an space to allow the listener to discover their motivations. Patino’s technique is not exempt from air, which is something hard to understand, since he’s from Jerez and has absorbed the music of this region at its source.

In Oro Negro, this guitarist is able to make sense of everything, interconnecting it all, from a very original guajira to the bulerias: technique at the service of good taste. This album has the perfect arrangements, which don’t get in the way of the basics, that is, the composition and the impeccable execution, brilliant and pristine. In cante, we usually conceive the jondo as a giving it all, sometimes in a forced or overacted way. What about the jondo in flamenco guitar…? It certainly shouldn’t be taking toque to boundless limits that upset the melody or the rhythm structure, which is something Patino never does. Rather, he turns his technical skill into deep flamenco, into music with soul, music that has nothing to do with brute force. Summarizing, Oro Negro is evident proof that any style of music that pass through the sieve of a great musician, a creator with talent and expertise (which Patino certainly is), can be flamenco music. Just notice the integration of all the elements, from the voices of Londro, la Macanita and Jesús Méndez, to Cepillo’s percussion, to Diego Villega’s tenor sax. A music album is the combination of several pieces that give it coherence, that’s why I enjoyed so much listening to his farrucas, his alegrías, his granaínas and, above all, those fast and well harmonized bulerías so typical of his land, although he clearly goes beyond the traditional. Javier Patino is a guitarist as special as his música flamenca, and Oro Negro couldn’t be anything else but very special, too. Enjoy this album without thinking about anything else beyond having a good time, understanding it on your skin and in your soul.