Ramón Soler Díaz, from Málaga, a meticulous and honest researcher, a flamenco expert, has published the biography 'Paco del Gastor, de otra cuerda'. He has understood the essence of Paco’s world and of Morón. 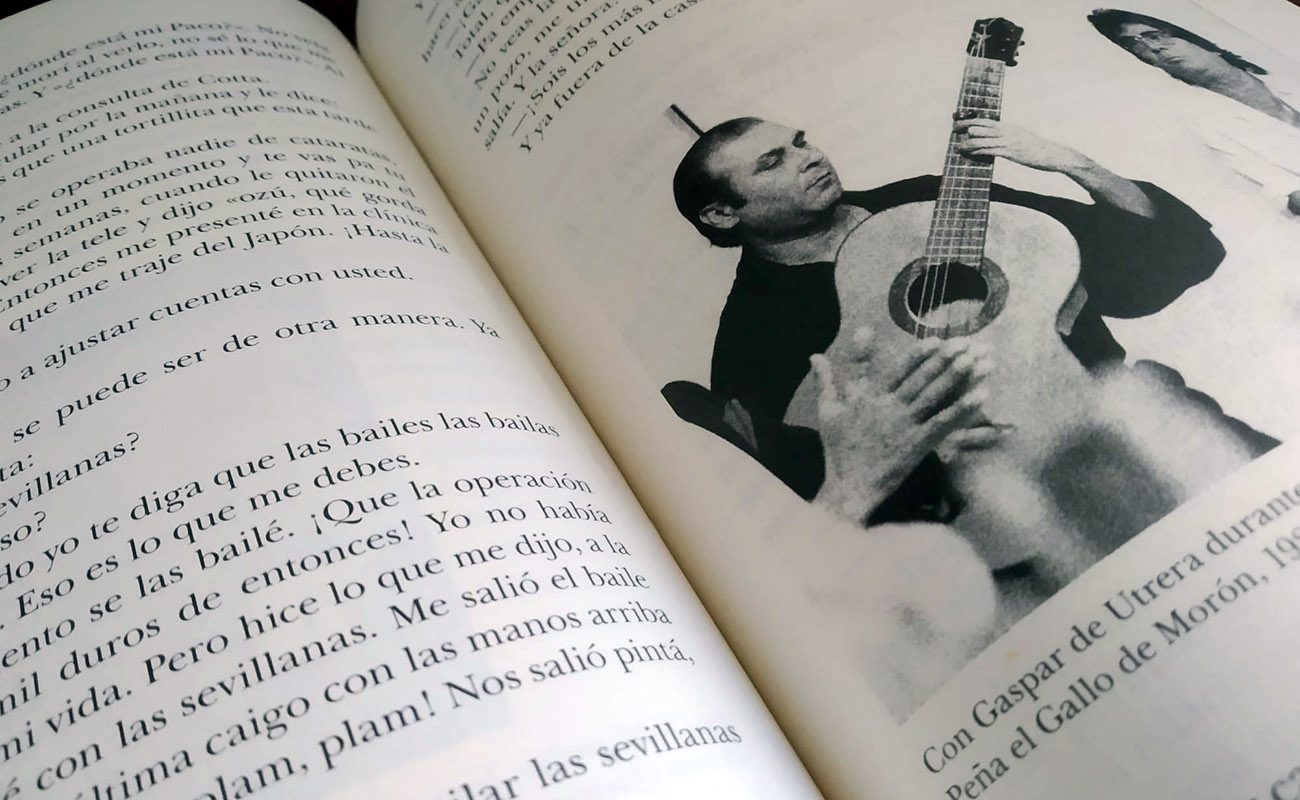 Few biographies about flamenco guitarists have been published, particularly well-written ones. Almuzara has just released one about Paco del Gastor, written by one of our best flamenco critics and writers, Ramón Soler Díaz, from Málaga, whom I admire not just as a flamenco expert but as a person. Even as he’s eight yeas younger than me, he is one of my references, just like his uncle Luis Soler Guevara. It would be hard to conceive modern flamencology without them.

Besides being a great writer, Ramón is a meticulous and honest researcher, having already published important books. Paco del Gastor, de otra cuerda is his last one, and one of his best. I haven’t finished reading it yet — I’ve been too busy with work — but I feel the need to give my opinion about this book, its author and also about Paco del Gastor, whom I admire and value without reserve since many years ago and with whom I’ve experienced unique moments in company of Fernanda and Bernarda de Utrera, at Peña Flamenca el Gallo, in his hometown, and in some family parties.

«The life of Paco del Gastor (born in Morón de la Frontera in 1944) is worth of a movie. He is a man rich in adventures and anecdotes and he has accompanied with his old golden guitar some of the best cantaores of the last fifty years, from Mairena, Perrate, Fernanda and Bernarda to Juan Talega, Chano Lobato and Miguel el Funi.»

Francisco Amaya Gómez, Paco’s actual name, is a nephew of Diego del Gastor, and thus he follows Diego’s school. Paco is not an imitator, let’s make this clear, but from his school, just like his brother Juan del Gastor and his first cousin Dieguito de Morón. They are three of his many followers, because if there is one clear and unmistakable school of guitar in flamenco, it’s the one of Diego Amaya Flores, Diego del Gastor.

Ramón Soler deals with the artist from a perspective close to him and his school, considering his admiration for Diego and for Morón in particular. This town is not just a quarry of guitarists, but also of bailaores and cantaores. Silverio spent part of his childhool and teenage years there, El Fillo Jr. and La Andonda also lived in that town and Diego Bermúdez Cala El Tenazas was born there. These are some historical flamenco artists, but so many good artists have been born in Morón that a list of them would be endless.

The life of Paco del Gastor (born in Morón de la Frontera in 1944) is worth of a movie, and Ramón has done a good job in telling us about it, adding all kinds of details and writing from his heart, beyond his good writing technique. He has understood the essence of Paco’s world and of Morón, something essential for writing a good biography. Paco is a man rich in adventures and anecdotes and he has accompanied with his old golden guitar some of the best cantaores of the last fifty years, from Mairena, Perrate, Fernanda and Bernarda to Juan Talega, Chano Lobato and Miguel el Funi.

Incidentally, I don’t like at all how Almuzara designs its flamenco books, in particular how it doesn’t take good care of the illustrations, which are essential in a biography. The book has a good collection of photographs, but they are poorly used. 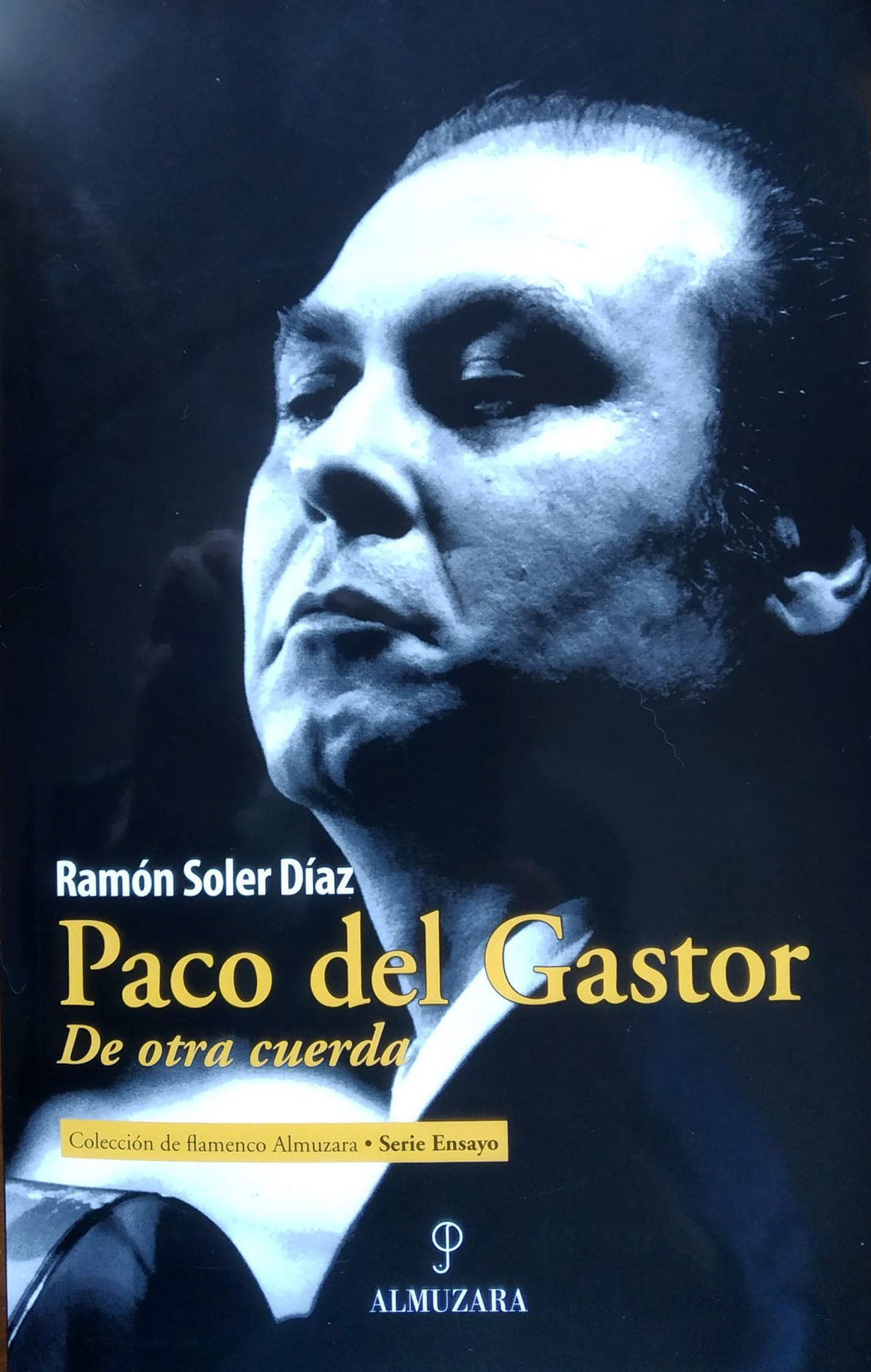