In his new album Herencia (“Heritage”), this guitarist from Seville seeks to further explore flamenco concertists, because he’s mostly a concertist, too, one of the best that has ever existed. It’s not that he doesn’t excel accompanying cante and baile. He’ll perform Wednesday, January 29th, at the Lope de Vega Theater in Seville 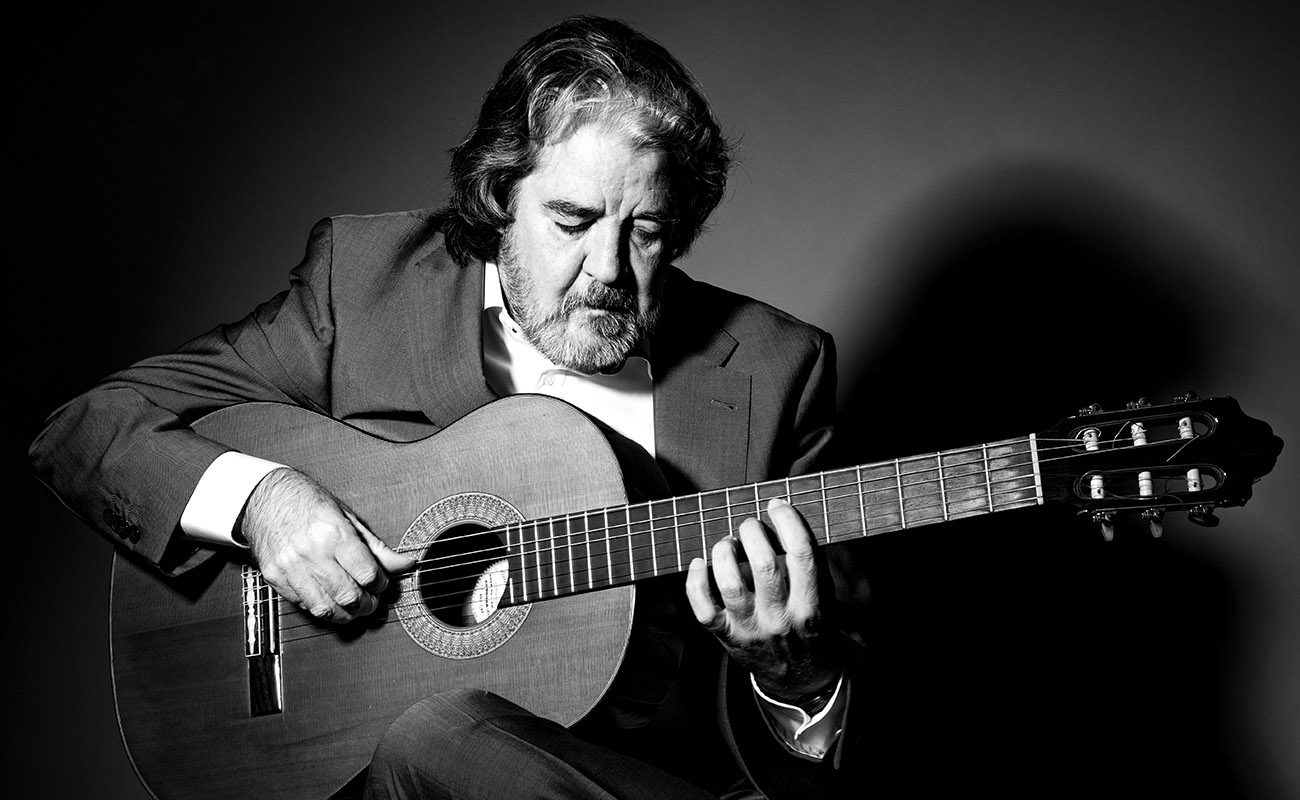 One morning, many years ago, I got a call from the mother of Rafael Riqueni asking me to come visit her son in the family’s apartment on Pagés del Corro Street, in Triana, because the genius was feeling down. Indeed, when I arrived, he looked like his mind was anywhere except in Triana. “What’s the matter, maestro?” I asked him. He answered: “People say I’m a genius, but no one is interested in guitar concerts. And since I’m a concert guitarist, cantaores have no interest in hiring me, either”. Rafael was tired, disappointed and wanting to trash his guitar.

Seville always had great flamenco guitarists, but it was an outsider, Paco el Barbero, who started what would become the Seville school, which hasn’t been properly studied yet. This guitarist and composer from Sanlúcar, brought to Seville by Silverio in the early 1880s, had an academy in the San Bartolomé district and he also taught in his tabanco on Plata Street in downtown Seville, where Manuel de la Barrera and Amparo Álvarez La Campanera had their academy many years earlier. Thus, Seville was Barbero’s headquarters at the time when he performed many guitar concerts all over Spain, being truly the first one who gave solo recitals with a well-defined repertoire of flamenco palos.=

«With all he has inherited and the inheritance he’ll leave us, Wednesday evening at the Lope de Vega theater may turn out to be a historic moment»

Maestro Pérez, Montero, Antonio Moreno — born in Córdoba but raised in Seville — Niño Ricardo, Luis Maravilla, Pepe Martínez, Eduardo de la Malena, Diego del Gastor and Melchor de Marchena have been some of the great guitarist of Seville, references of a glorious past which has become somehow forgotten. More outsiders came, such as Juan Gandulla Habichuela, Javier Molina and Currito el de la Jeroma, among others. This has become known as the Seville school of flamenco guitar, usually only credited to Niño Ricardo, who is without a doubt the leading exponent of Seville’s flamenco guitar and a primary reference for most flamenco guitarists in Seville and beyond.

Rafael Riqueni has already honored great masters of toque in one of his best albums Maestros (1994), paying special attention to Ricardo, Sabicas and Esteban Sanlúcar. In his new album Herencia (“Heritage”), he seeks to further explore flamenco concertists, because he’s mostly a concertist, too, one of the best that has ever existed. It’s not that he doesn’t excel accompanying cante and baile, because he has also performed with great cantaores, but Rafael soon discovered that his true vocation was to play solo guitar and he was given us musical pieces of superb quality.

He will present his new album on January 29th at the Lope de Vega National Theater (Seville), with the collaboration of Rubén Olmo, the guitars of Salvador Gutiérrez and Manuel de la Luz, the percussion of Luis Amador and palmas by Diego and José Amado. A mighty showcase of Seville and Triana’s flamenco. With all he has inherited and the inheritance he’ll leave us, Wednesday evening may turn out to be a historic moment. Don’t miss it.