The past is what has been lost just yesterday, it’s what we lose every day, in a whisper, without we even noticing. When I pass by what once was the Venta Vega and remember that night with Eduardo de la Malena and Enrique Morente, I feel as if that never happened, as if it all was just a dream. 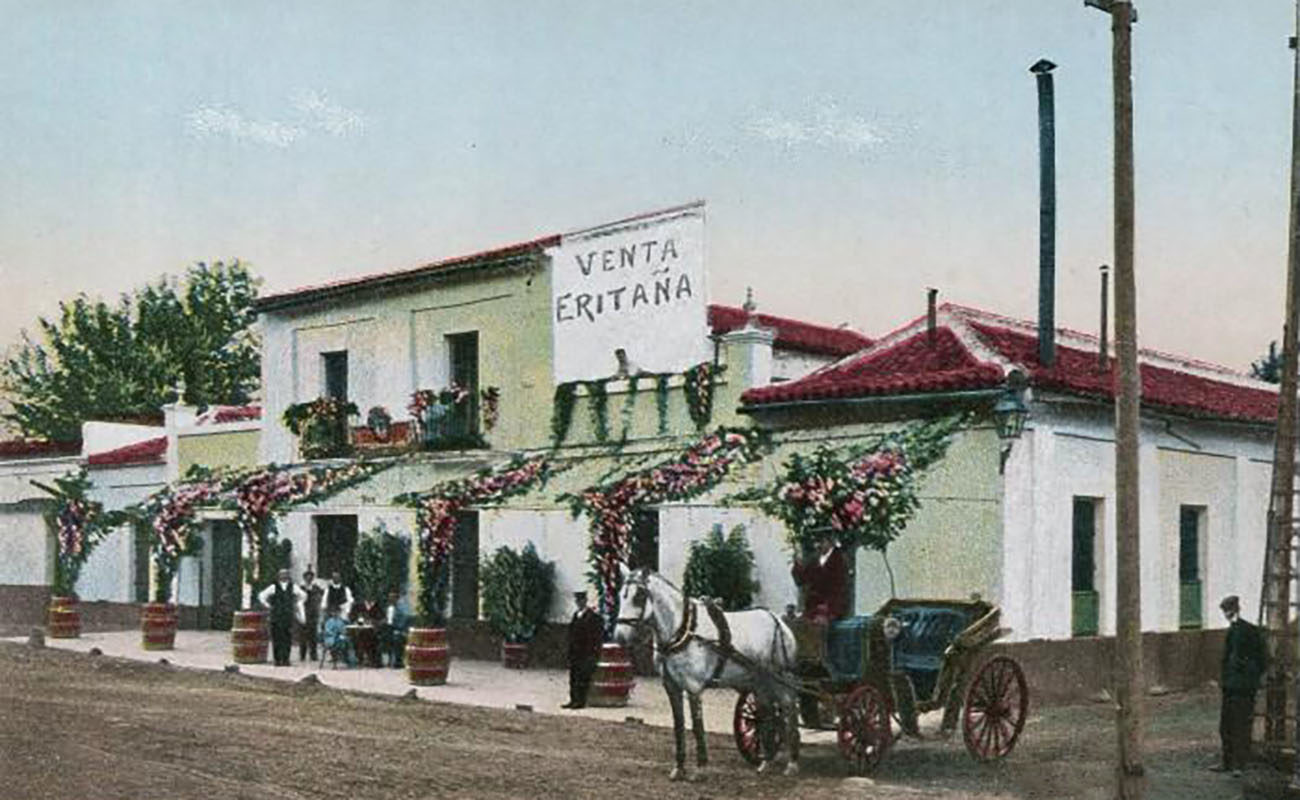 Throughout its history, flamenco has been performed in every kind of place, from the caves of Alcalá de Guadaíra and Albacín or Sacromonte in Granada, to the yards of the Cava de Triana and Barrio de Santiago in Jerez, to the cafés, the road hostels, the traveling circuses, the tabancos of La Alameda in Seville and the ventas (inns) all across Andalusia. My forty years in flamenco have allowed me to visit many of these stages. I have had the privilege of experiencing many evenings of partying in the famous Venta Vega in Seville — which closed down in 1989 — when I would sometimes listen to cantaores such as Niño de Fregenal, Gordito de Triana, Cepero de Cantillana, Joaquín de Utrera and Niño de Arahal, accompanied by the guitar of Antonio Sanlúcar, brother of the great Esteban Sanlúcar. Antonio lived in Barrio Voluntad in Triana, he was a white-haired, heavy man, always sleepy and looking for some party to perform so he could take home a few bucks. The last time I was in this venta in the outskirts of Sevilla, on the road to Cádiz, was in a party thrown by Enrique Morente on the night he premiered his Misa Flamenca, in honor Siverio Franconetti’s 100th birthday. That night, Enrique wanted to sing with Eduardo de la Malena, the guitarist from Seville, whom José Luis Ortiz Nuevo pulled out from bed for the occasion. Eduardo and Enrique barely knew each other and they spent the whole night wary of each other, trading glances, until dawn, when they finally decided to perform some alegrias. It was history in the making: the classic toque of Malena’s nephew, impregnated with tradition, and the innovative style of the genius from Granada. The next day, the pick-axe closed that temple of Sevillian cante, with its walls covered with aged photographs and old bullfighting posters.

Just yesterday I found out that Venta Los Cheles in Mairena del Alcor would close down in a few weeks, after being open for business for several decades on the road towards Alcalá de Guadaíra. It used to be called Venta de los Nueve Hermanos. I can imagine Joaquín el de la Paula drinking wine with Manuel Torres, Niño Gloria dueling fandangos with El Curilla de Alcalá and Antonio Mairena and his brother Curro trying out up some tonás fragüeras. Manuel Torres’ greyhounds, Andújar and Amapola, would be tied by the door, while Diego el de la Gloria would be cheering up those nights of cheap wine and grilled sardines, sometimes next to the warm fireplace, other times chilling by the yard.

Who cares about such a place these days? No one does. In a few weeks, the pick-ax will raze everything down. It will raze history. This is what happened with the Venta Vega and many others, such as the Venta de Eritaña in Seville, which were once veritable temples of cante and of many other things, witnesses of a lifestyle razed by progress. I suppose it’s the law of life, something unavoidable, which doesn’t help us feeling a tingling of sadness on the skin. The past is what has been lost just yesterday, it’s what we lose every day, in a whisper, without we even noticing. When I pass by what once was the Venta Vega and remember that night with Eduardo de la Malena and Enrique Morente, I feel as if that never happened, as if it all was just a dream. I suppose that the same will happen with Los Cheles, even if I never listened to cante in that emblematic place in Mairena del Alcor, the town where I have been living for more than ten years. Inevitably, as every day I drive the Mairena-Alcalá road, a slight shiver will traverse my body as I think about all the good times lived in that venta, flamencos or not. I’ll think about the bad times too, because life is a mix of good fortune and misfortune.

*This article was originally published in ExpoFlamenco on November 23rd, 2015