Manuel Caro Cuéllar Carito arrived in the capital of Andalusia before any other flamenco artist. He had two important Gypsy influences: Loco Mateo and Manuel Molina. He already performed in Seville in the 1860s, when cante was still limited to the bolero academies, and he sang with other cantaores such as Sartorio, Lorente, Perea del Puerto, Enrique Prado, Juraco and 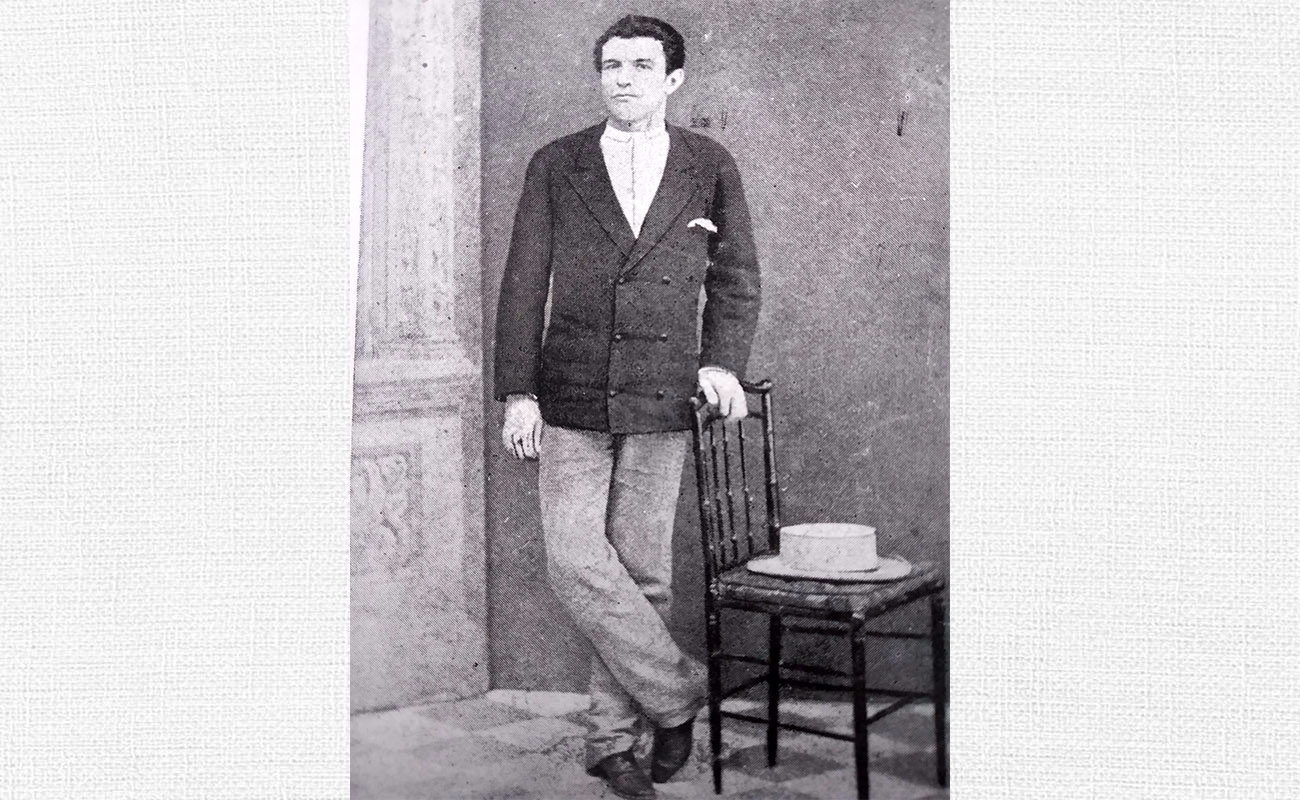 I have previously highlighted the essential role of the artists from Jerez de la Frontera in the heydays of good flamenco in Seville in the mid 1800s. Manuel Caro Cuéllar Carito arrived in the capital of Andalusia before any other flamenco artist, with a repertoire typical of Jerez, because he was born and became a cantaor in that city, listening to the local cantaores of those days. Let’s remember that, as we stated earlier, Carito was born on January 12th, 1845 on number 1 Puerto Street, a little later than Loco Mateo and Paco la Luz, with Manuel Molina already performing and being an inspiration for many other young artists of that time.

He was the son of Simón Caro García, a stonecutter from Puerto Real, and Isabel Cuéllar Parrado, from Jerez. They weren’t Gypsies, and I say this due to the fact that some people believe that being Gypsy is of the utmost importance when it comes to flamenco, something understandable considering the essential role of Gypsies in the creation of this ancient art form. Perhaps the fact that Carito wasn’t a Gypsy is the reason why he has been forgotten, as he wasn’t born in the midst of a Gypsy family. Yet this cantaor had two important Gypsy influences: Loco Mateo and Manuel Molina, his two idols according to all the authors who have written about him.  Perhaps he sweetened excessively the cantes of those two renowned artists, but each cantaor has their own style of voice, and Carito’s was “pure syrup”, according to Fernando el de Triana.

«Carito would have experienced the death of El Canario de Álora very closely, as he lived in his house on Amor de Dios Street»

He already performed in Seville in the 1860s, when cante was still limited to the bolero academies, and he sang with other cantaores such as Sartorio, Lorente, Perea del Puerto, Enrique Prado, Juraco and Silverio. Carito sang for baile, like most cantaores in those days, and he must have been good, because soon after he shows up performing by himself in Seville and beyond. Later, Chato de Jerez arrived in the capital of Andalusia and they became inseparable, both emulating the styles of Molina and Loco Mateo. That’s the time when Paco la Luz also arrives in Seville with his three daughters, followed a little later by Frijones and Chacón.

Carito lived for some time at number 39 Amor de Dios Street, near Alameda de Hércules. That was where he lived when on the evening of August 13th, 1885, the father of La Rubia, Lorenzo Colomer Ricard, murdered Canario de Álora, stabbing him in the heart at the door of Nevería del Chino, the summer branch of Café del Burrero. Carito would have experienced this drama very closely because Canario lived in his house, engaged to his sister Isabel, apparently.

After the death of that cantaor from Málaga, Carito had Canario’s malagueña in his repertoire in those years, in memory of his great friend. He performed up to little before his death, which took place in Seville on February 3rd, 1895, when he was 50 years old, so he was still young. He would have a hard time due to his illness and the fact that he could not make a living in parties or stages, as he had done almost all his life. He was already a widow and he died totally alone, as his only daughter Luisa Caro Bernal either passed away or disappeared from his life for unknown reasons.

Talking about cante with Mairena