The thorny affair of the Key of Cante awarded to Mairena

it’s logical to think, and say, that Ricardo Molina and the other organizers came up with the Córdoba National Contest as a pretext to award Mairena the Key. It’s hard to write about this topic without getting in trouble with the ‘mairenistas’, as it has happened to me in the last thirty-five years. 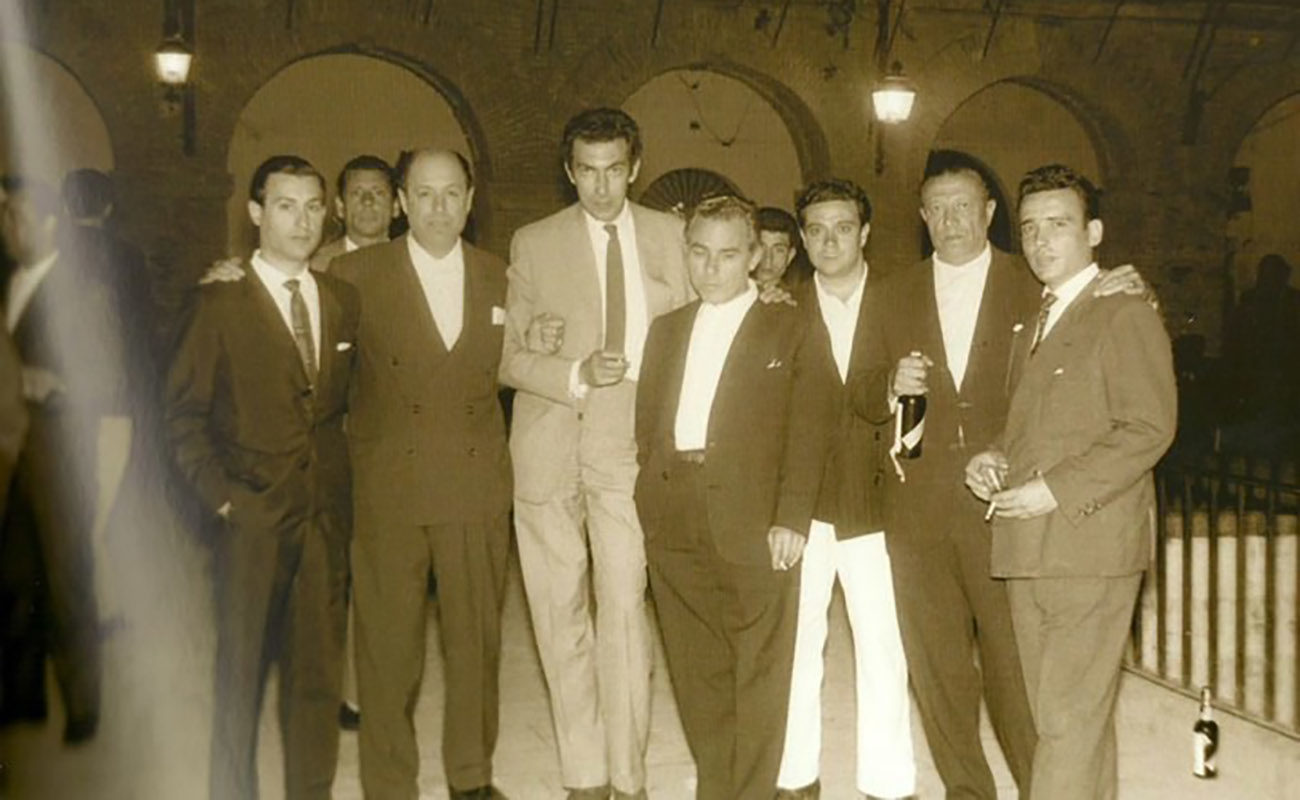 A few days ago, I posted in Facebook a photograph taken in Córdoba, in 1962, shown above, where we can see Antonio Mairena with the painter Capuleti, his brother Manolo, Tomás Torre and El Cano, son of Juan Talega, among other artists and aficionados. Mairena had just been awarded the 3rd Golden Key of Cante in a contest that was nothing but a smokescreen, the 3rd Córdoba National Contest, as Ricardo Molina, the prestigious poet and flamencologist from Puente Genil, had arranged for it to be awarded to Mairena, whom, oddly, he had only met three or four years before, according to Fosforito, who introduced each other.

This maestro from Córdoba said that when he talked to Molina about Mairena, the former thought that Fosforito meant Pepe Mairena, the one wo sang Ovejita lucera. So, he didn’t have a clue who Antonio Mairena was, because in the late 1950s he had different tastes in cante. Ricardo himself wrote in 1958 that a doctor who was his friend, Justo Rodríguez, had mentioned Mairena to him, but that was six or seven years before Fosforito introduced them, so there’s something amiss. The truth is that Ricardo Molina fell in love with Mairena’s cante and referred to him as “the deepest and most faithful performer of cante jondo”. That was in the late 1950s, when artists such as Pepe Marchena, Manolo Caracol, Niña de los Peines, Pepe Pinto and Juan Varea, among others, were still alive.

It’s clear that Molina started working to promote the career of Antonio Mairena and he came up with the idea of the 3rd Golden Key of Cante to award it to him. Yet, how could he award the Key to a cantaor who at the time was not a big star of cante, and who wasn’t even universally liked? That’s when he proposed the Córdoba City Council to award it during the 3rd Concurso Nacional de Cante Flamenco. The contest rules were written down, and it was open to all cantaores, professional or aficionados. Many aficionados performed in the selection phase, but the professionals didn’t need to go through a selection process.

Antonio el Chocolate was one of the cantaores who competed with Mairena, but that was just because he was told to by his agent Jesús Antonio Pulpón, who hired him for 25,000 pesetas (roughly 250 euros), as he himself admitted: “I cashed my money and stayed quiet, because I knew the whole thing was for Antonio”. Fosforito also knew it: “I was called by the City Council, hired for twenty-five thousand pesetas, and Antonio performed for free because it was all arranged…”.

Knowing all this, just a few notes, it’s logical to think, and say, that Ricardo Molina and the other organizers came up with the Concurso Nacional de Córdoba as a pretext to award Mairena the Key. It’s hard to write about this topic without getting in trouble with the mairenistas, as it has happened to me in the last thirty-five years. I have said many good things about this great cantaor, but the mairenistas only speak up if I say anything they consider negative. Why is telling the truth “negative”, when the truth is that Ricardo Molina arranged everything so the Key would be awarded to his intimate friend and admired cantaor? He could have awarded it to Niña de los Peines, who had already been honored in Córdoba in 1961, but he didn’t. He picked Mairena so cante would take off following his school, traditional cante, and it worked because this maestro from Mairena initiated a new era in cante jondo or cante gitano-andaluz, as he called it. Antonio became the leading star for over twenty years, from 1962 until his death in 1983.

How was Antonio’s performance in that contest? His brother Curro admitted that he sang well, although not as well as in other occasions. Other cantaores were more liked, such as Fosforito and Platero de Alcalá, but the contest rules demanded performing styles of cante that very few cantaores were familiar with. Antonio Mairena may have had a hand in the requirement to perform certain styles of seguiriyas, tonás and soleares, as it was confirmed to me by the cantaor and flamencologist from Cádiz Amós Rodríguez Rey, who exchanged correspondence with Ricardo Molina, whose some of his letters are now in my archive.

Everything is questionable, and the legacy of Antonio Mairena can also be questioned. Even his singing style. The legacies of Chacón, Marchena and Valderrama are questioned, so why not Mairena’s? Yet, there is something unquestionable: that Antonio Cruz García, Mairena, was a superb cantaor and an aficionado with an immeasurable passion for cante flamenco. I like a lot Mairena, the cantaor, but not much Mairena, the flamencologist. I promise to dig further in his legacy as cantaor, if that’s even possible, and not dwelling so much into his other legacy, which I consider disastrous for being so manipulative.