Who was José Lorente? (I)

This cantaor from Seville created a soleá apolá rooted in the Triana style, very flamenca and very hard to perform. It wasn’t easy to figure out who he was, exactly, because the surname Lorente was very common in 19th-century Seville. 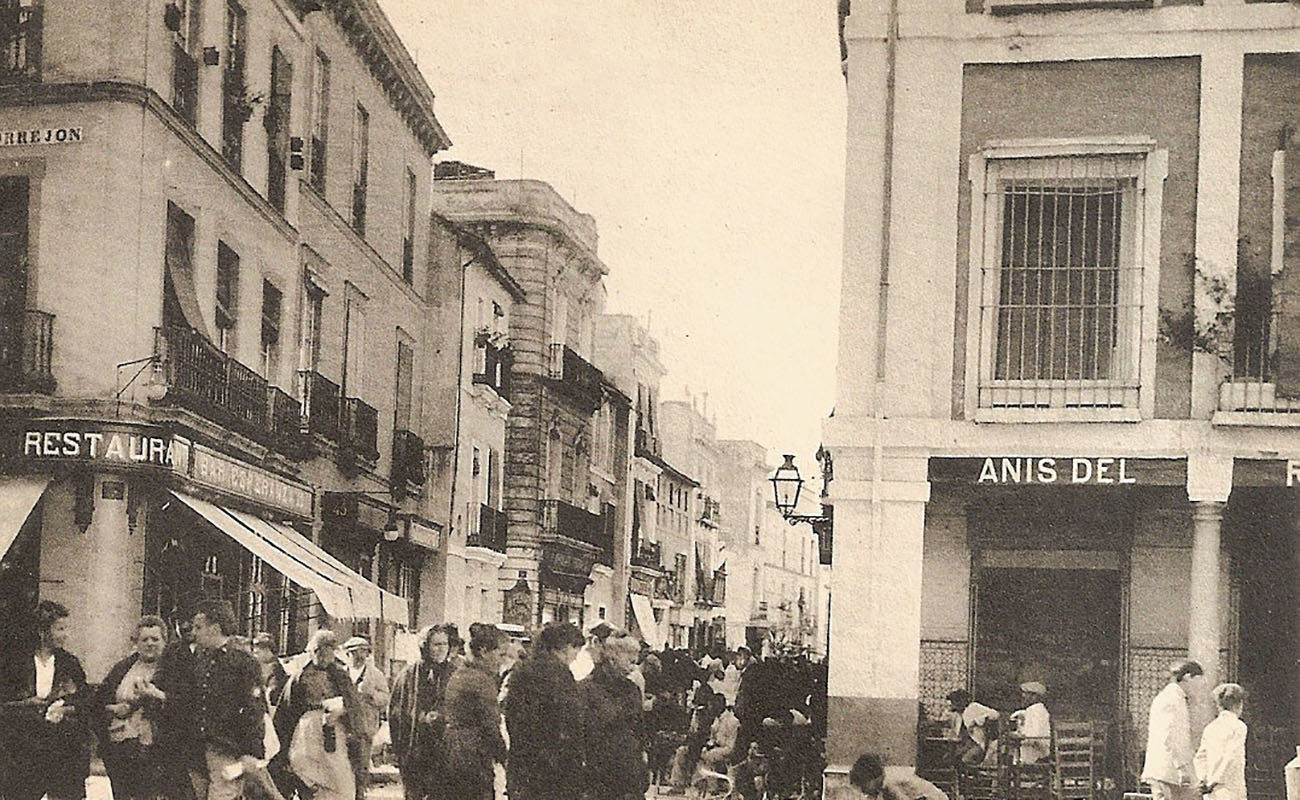 Years ago, I tried to find out who the cantaor José Lorente was. He was from Seville and reportedly created a soleá apolá rooted in the Triana style, very flamenca and very hard to perform. If he really created this cante, he would have been a highly talented cantaor. I wasn’t easy to figure out who he was, exactly, because his second (maternal) surname didn’t show up anywhere and the surname Lorente is rather common in 19th-century Seville. I knew he was a renowned cantaor, because the newspapers of Seville mentioned him performing with Perea del Puerto, Ramón Sartorio, Enrique Prado, Silverio and Antonio Pérez, the celebrated guitarist from Seville.

Lorente mainly sang for baile in the academies of Miguel and Manuel de la Barrera, maestros boleros — the former from Antequera, in Málaga, and the latter from Seville — because in the mid 19th century few cantaores gave solo recitals in theaters. He must have been really good, since no other than Silverio Franconetti had Lorente in his company, together with the aforementioned Antonio Pérez, the bailaor Antonio Páez El Pintor and El Cuervo Sanluqueño. Silverio, who was flamenco’s supreme authority at the time, would only allow renowned artists in his company, and that’s the case of Lorente, who in 1865 was already mentioned as such in a newspaper of Seville announcing one of his performances in the celebrated Salón Recreo, on Tarifa Street, which many years later would become the first Café del Burrero of Manuel Ojeda Rodríguez:

El Recreo Dance Hall. The director Mr. Luis Botella announces to aficionados that on Saturday, December 2nd, the country’s first rehearsals of baile and Andalusian song will take place, with the attendance of the best dancers of this capital and two couples for “baile de jaleo”, plus the renowned cantaor José Lorente, joined by a flamenco guitar player.

Was Lorente a professional cantaor? His occupation was shoemaker, just like Chacón and Paco el Sevillano, but I have no doubt that cantaores would already have been paid to sing in these halls or academies patronized by generous tourist. From 1865 on, Lorente would often be mentioned in the newspapers of Seville, always performing either at El Recreo or El Oriente, which was located on Trajano street and was directed by the maestro bolero from Seville Manuel de la Barrera y Valladares. Lorente performed with Sartorio, El Zarcillero, El Quiqui, la Virilo, El Pintor, Isabel Jiménez, Carito de Jerez, Juraco and Enrique Prado, and was almost always the cantaor of La Campanera and other Gypsy dancers from Triana’s Cava who were hired to enliven the parties.

In 1867 Lorente often performed with his friend Silverio, who had returned from South America and was once again a star of cante. At that time, Silverio lived between Cádiz and Málaga, eventually getting married in the latter city with a lady from Linares, Ana Torrecilla. He was already brainstorming the idea of creating a flamenco company which would tour cities through Spain, particularly in Andalusia, and Lorento, became part of that company. He was from La Feria district, which is not surprising, since that’s the district in Seville from where more flamenco artists were from in the 19th century.

Silverio often visited that district, as well as San Juan de la Palma (from where El Pintor, father of Lamparilla, was born), San Marcos and San Román, near Alameda de Hércules. Not so much Triana, since the cantaores and cantaoras of that celebrated district of Seville preferred to perform in private or family parties, instead of on stages. Silverio held Frasco el Colorao, Juan el Pelao, Curro Puya and Antonio Cagancho in high regard, but he knew they were reluctant to become professional artists. That wasn’t the case of Ramón el Ollero, who performed in his café and that’s why he’s often mentioned as the great cantaor from 19th-century Triana.

After several years of activity in Seville’s cafés, Silverio and Lorente performed several nights in Córdoba, in 1871, when the master was already an entrepreneur. A Córdoba newspaper mentioned him briefly:

This happened in May of that year, and it’s noteworthy that Lorente performed with Silverio and Francisco Hidalgo, who was no other than Paco el Sevillano. They were both great stars, while Lorente was just a young 25-year-old cantaor. Yet, he must have been very good, because Silverio wouldn’t risk damaging his reputation by performing with just anyone. In the same month of the following year, the company performed in that same venue in Córdoba, with Silverio as director, and José Lorente is mentioned again in the press, now an idol of this city in Andalusia thanks to the trust Mr. Franconetti had put in him.

Who was José Lorente?

It hasn’t been easy to find out who this great cantaor from Seville was, exactly. Despite the data I’ll make public about this artist, I still need more information to be completely certain. Yet, I’ll write about this in another article. Sadly, Fernando el de Triana didn’t even mention him, I don’t know if that was because he never heard about him, or because he thought he was unimportant, as happened with many other artists. It’s true that Lorente died when Fernando was just ten years old, in 1877, so he never had the chance to listen to him sing, but he wrote about Tomás El Nitri, who died that same year

Above: an old photograph of La Feria Street in Seville.