Who was José Lorente? (III)

The intent was to find out who Lorente was, where he was from, where he travelled in his short life, and when he died. His name was José Lorente Lora, and he was born on April 27th, 1842, on number 6 Ropavieja Street, now called Antonio Susillo Street, in Seville’s La Feria district. 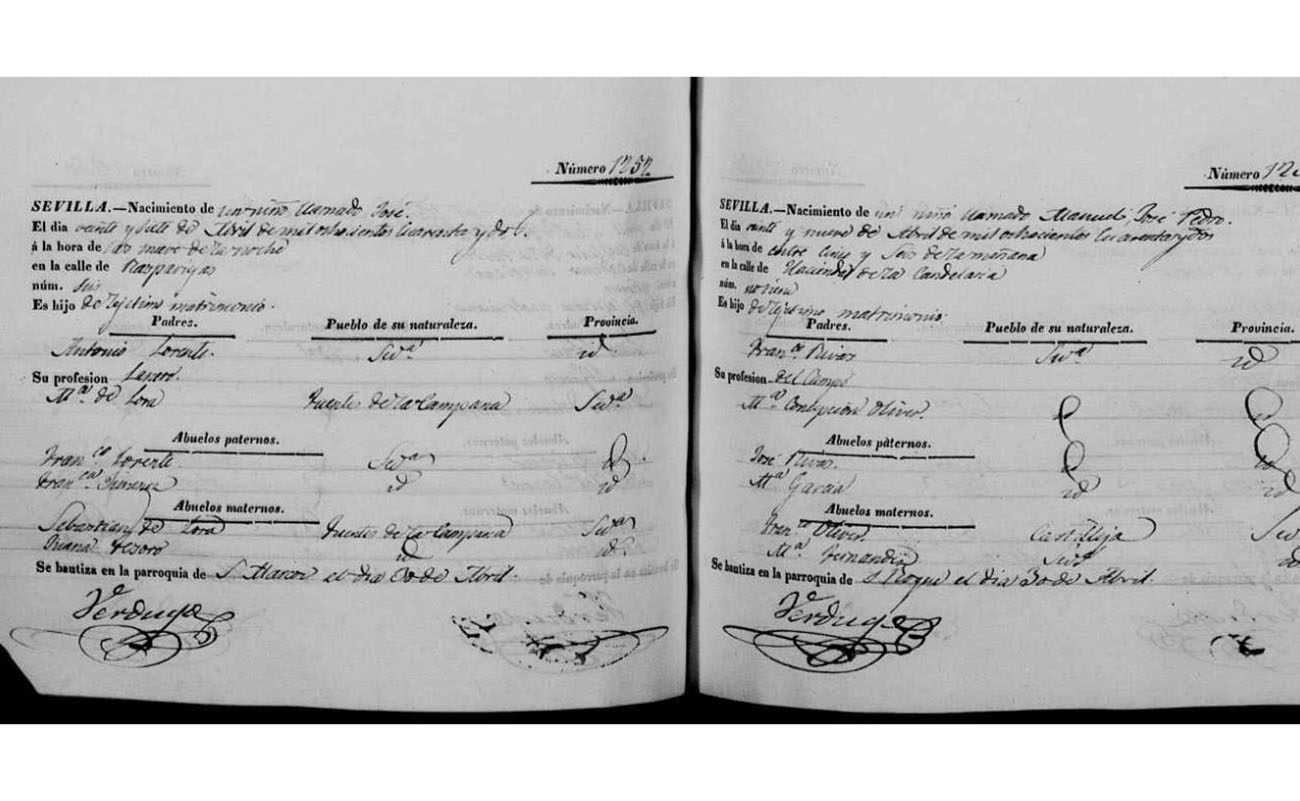 Why do we have to believe that José Lorente actually created the soleá attributed to him? He was mainly a cantaor para baile, who often sang for La Campanera together with Sartorio — who was a cantaor and also a bolero dancer —, Silverio, Enrique Prado and Juraco from Alcalá de los Panaderos. He also sang for Antonio Páez El Pintor, from San Juan de la Palma. Since he died young, just 36 years old, I suppose this helped to make him known due to his very unique way of singing. I believe that artists are only remembered after their pass away if there’s a good reason for it, so Lorente would have to have been a good cantaor.

He was from Silverio’s school, and eleven years his junior. That is, when Lorente started to sing professionally and he was around twenty years old, Silverio already had some renown and was considered a flamenco star. Let’s not forget that when Silverio returned from South America in 1864, he was referred as “the celebrated Silverio”, which clearly tells us two things: that he was already famous when he travelled overseas as bullfighter assistant, in 1857, and that his name hadn’t been forgotten when he came back.

There are two soleares that have always been attributed to Lorente: La noche del terremoto and Se hundió la Babilonia. Juan Valderrama often performed the latter and he would occasionally mention Lorente, certainly due to the influence of Pepe Marchena, who talked about this cantaor from La Feria district in his lecture at the University of Seville in 1972. Before Marchena, Valderrama and Matrona, there was one cantaora from Málaga, La Juanaca, who popularized and kept alive Lorente’s soleares, according to Fernando el de Triana. His cante often has been used as a remate (finale) in cañas, that’s why we also hear about a caña de Lorente, like we also hear about the cañas of El Fillo, Curro Pabla, Curro Durse, Enrique Ortega and El Granaíno.

All of this would have to be explained with greater detail, but here’s not the place for it. Lorente may have created his own cantes or a personal style in cañas and soleares, such as was the case with El Nitri, El Marrurro or La Sarneta. There may have been some truth about this, since it’s what’s has been said until our days. If those two soleares attributed to him were really his, Lorente would have to have been an amazing cantaor, with a mighty voice and an impressive skill at linking verses, certainly in the style of the schools of Triana, of Frasco el Colorao and of Ramón El Ollero. Indeed, El Ollero was a neighbor of Lorente in the La Feria district for many years, so they must have known each other.

Summarizing, the intent was to find out who Lorente was, where he was from, where he travelled in his short life, and when he died. His name was José Lorente Lora, and he was born on April 27th, 1842, on number 6 Ropavieja Street, now called Antonio Susillo Street, in Seville’s La Feria district. He was the son of Antonio Lorente Jiménez, from Portugal and a wool dealer by trade, and of María Lora Tesoro, from Fuentes de la Campana, now called Fuentes de Andalucía. He was the grandson, on his father side, of Francisco Lorente and Francisca Jiménez, both from Seville, and, on his mother side, of Sebastián Lora and Juan Tesoro, from Fuentes de Andalucía.

He was married on May 17th, 1863 with Matilde Tejera Hinojosa, from Seville, at this city’s Omnium Sanctorum parish. He had at least three sons, and died on May 18th, 1877 on number 37 Peral Street, at La Alameda de Hercules, being buried the following day in Seville’s San Fernando cemetery with no honors other than a feeble pine box.

I’ll publish further details later, but here’s the information so people know who he was. 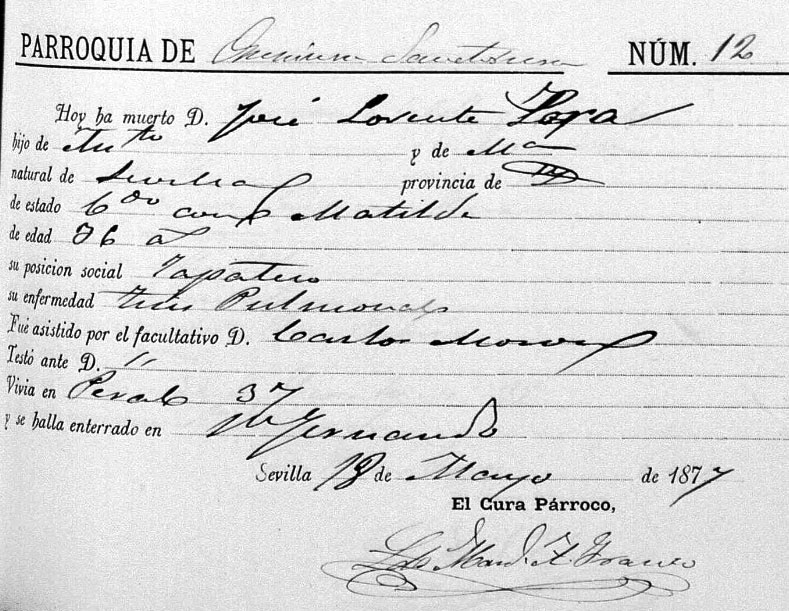 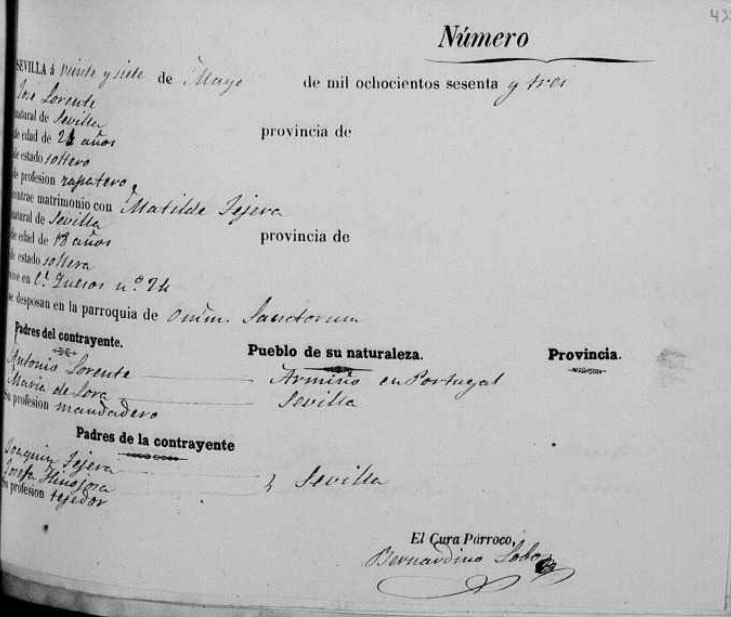