A crazy dream, by David Carmona 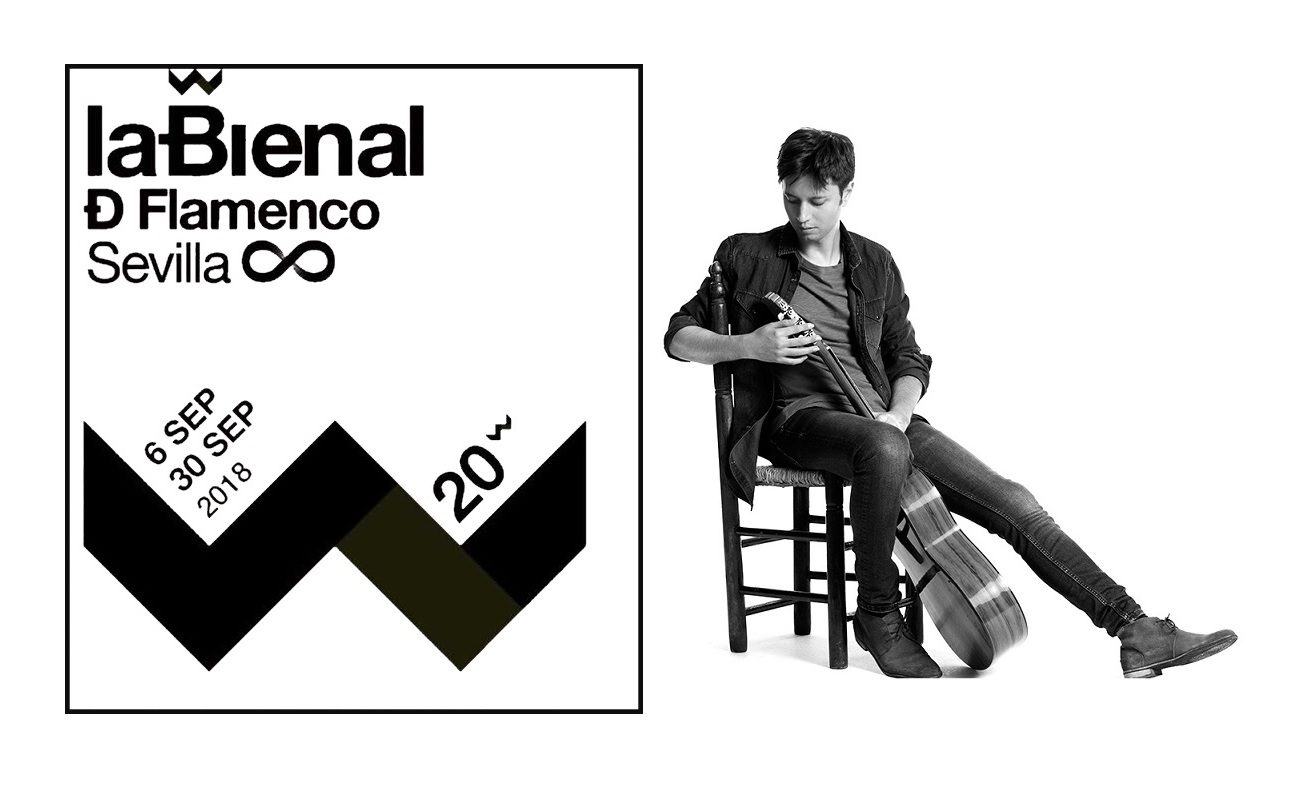 Last Friday, September 21, the guitarist from Granada, David Carmona, a follower of maestro Manolo Salúcar, gave a guitar concert within the program of the Bienal de Sevilla, where he presented his latest album, Un sueño de locura (“A crazy dream”). The concert started with a taranta (Obsesión), where we were able to appreciate his talent as flamenco guitarist. Yes, I say flamenco because it sounded like flamenco. Carmona then played a soleá, the kind which remains etched in our memories, revealing once again his great personality and the fact that different, new things can be created without sacrificing the essence of what’s being played. That’s quite hard to do!

Among the cheers and applauses of the public, Los Mellis (palmas) and Agustín Diassera (percussion) came on stage for the performance of Bulería del Mixolidio, an avant-garde piece, as David stated, where we could clearly appreciate the influence of the master of Sanlúcar. From Salúcar we ventured into the Mediterranean Sea, arriving at Tesorillo, very personal alegrías featuring the cantaora Carmen Molina, from Huelva. We shall highlight the lyrics of the soleá sung by Carmen thereafter, which were quite hard to perform, something that we should really value, instead of closing our ears to the unknown.

After a soleá titled El detalle, David gifted us with some fandangos de Huelva (as yet unfinished, like he told us), played in Si flamenco, where once again he found in his toque the true essence of his style. This was followed by Desgranar, tangos which we had already heard at the Espacio Tuirina venue on Laraña street, which in his album features the collaboration of the great artist Estrella Morente.

Then came the tientos and the seguiriya, two pieces in the traditional style, not yet released, where I must highlight the tientos, which got etched in my memory from the first time I listened to them. The concert ended with Motivo impertinente (bulerías), where he had the collaboration of Luis El Zambo, who didn’t have a good evening, I have to say, finishing in an odd way.

David is one of those committed artists who stand up for the best of flamenco guitar and for our culture, something which we should really value, because few people are able to explain music like he does.

It was a wonderful crazy dream, David. Having say that, I must state that I am not a professional writer, but a humble aficionado aware of what’s around me, and I have no other choice but speaking up in behalf of this great guitar professional, seemingly ignored by mainstream flamenco critics in his performance at the Bienal.

I’d like to ask this festival’s organizers to acknowledge the worth of what’s authentic, instead of focusing in the big stars, for the good of flamenco. All artists deserve to be welcomed as they should, but unfortunately this doesn’t seem to be the case.