Farru and María Moreno greatly succeeded at the Villamarta Theater with their respective productions. The former performed his renaissance-man profile in 'Por un sueño', dancing, singing and playing the guitar. The bailaora from Cádiz in turn earned an standing ovation for her masterful soleá 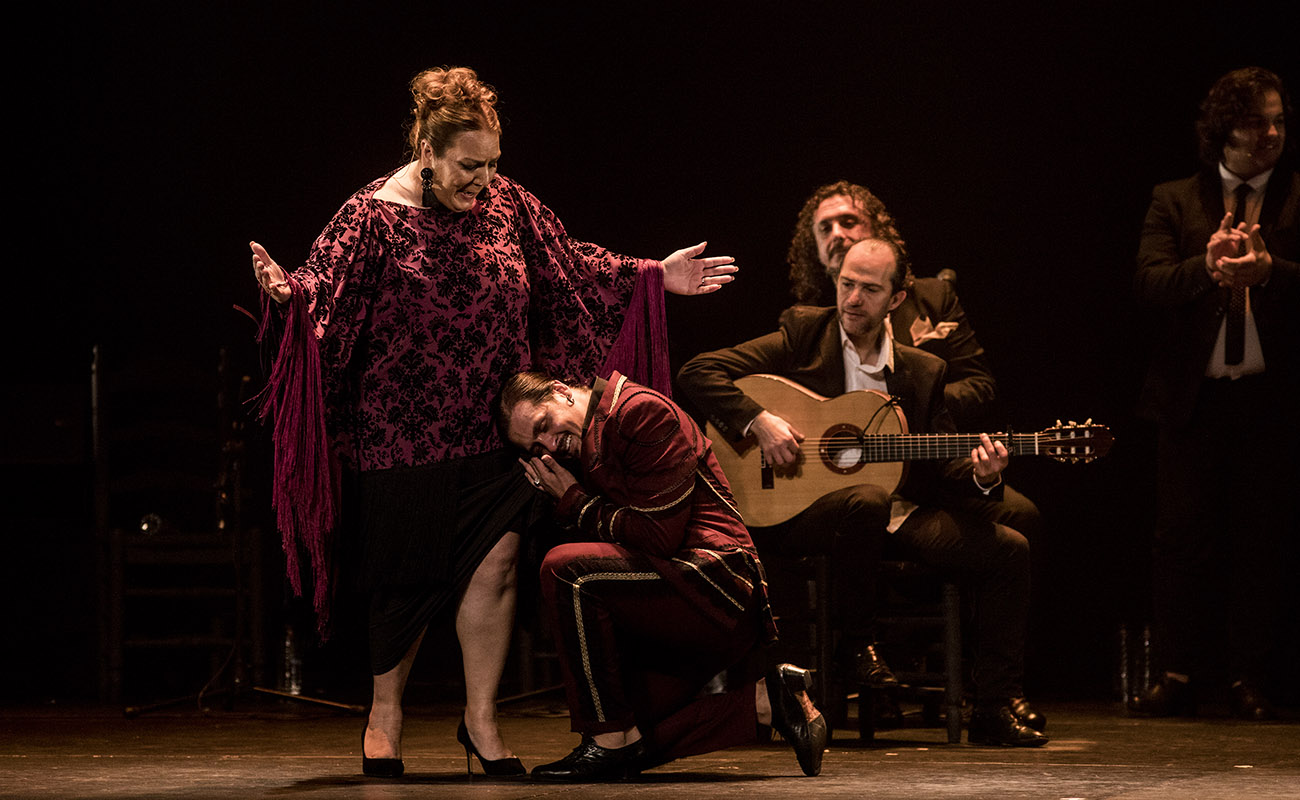 The bailaor Antonio Fernández ‘El Farru’, member of a family of unquestionable renown in flamenco history, was the star of the Festival de Jerez on Sunday, February 23rd. He keeps the style, with a vertiginously fast footwork. Yet, without a doubt, it’s really exciting to see another generation upholding the legacy of his forebears. To that effect, El Farru presented in Jerez a good show with a simple plot where rhythm and velocity were in the spotlight. Antonio displayed different versions of himself in Por un sueño, because if there’s anything that typifies the art of this family is their versatility. Although he’s better known as bailaor, he can also stand his ground with personality and style in cante and flamenco guitar, although his performance also featured the seasoned quality of the guitars of José Gálvez and Román Vicenti. It cannot be denied that El Farru gives it all and his presence is solid, until his mother Rosario Montoya ‘La Farruca’ steps in, leaving her mark por alegrías with naturality and personality. Antonio performed a soleá and a seguiriya, as well as footwork and an elegant tribute to Paco de Lucía. The percussion of Piraña and the palmas and jaleos of Torombo and Lolo contributed to the success of this gala. Yet, it was when María Vizárraga came in stage that the theater vibrated with excitement. El Farru met her por tangos and they achieved a perfect communion of the Gypsy essence.

«When María Moreno danced por soleá, the loudest applause in this festival was heard»

The next day, Monday, February 24th , María Moreno, from Cádiz, presented De la Concepción in that same theater. María has grown with the Festival de Jerez and seeing her acclaimed by the public illustrates not just the success of this bailaora but also the success of the Festival itself. I’ll explain. This event continues to encourage the new generations, giving them space and opportunities so they can express their artistic concerns. Moreno, who won the Revelation Prize in 2017, awarded by the specialized press, has given a step forward in her career and at times, such as when performing her soleá, she’s able to leave her public in complete ecstasis. In her show she made use of the voices of José de Pura and Enrique El Extremeño, two flamenco veterans who give character to every verse. At the beginning, they dared with a seguiriya, but the show acquired another dimension when María danced por soleá. This performance earned the loudest applause heard so far in this festival. The bailaora got back to her essence and recalled the Cádiz of her childhood with impeccable movements of mantón and bata de cola while dancing a cantiña. She states that it has not been easy to get where she is now, but we shall reply: it has been worth it. Even as the sound quality failed at times.

Other venues also experienced moments of brilliance by less experienced, younger artists with an unquestionably bright future ahead. On Sunday, Sala Compañía hosted the two winners of the 6th edition of Turín de la Frontera contest. On one hand, Maise Márquez, with Habla la Tierra, and on the other, Ellos, by Gabriel Matías. The bailaora from Murcia based her show on cantes de levante, in a retrospective of her origins. In half an hour, she showcased her style and skill. The same goes for Gabriel, who payed a tribute to bailaores of the stature of Mario Maya, El Güito and Tomás de Madrid. Both left a very good feeling and hope in the future of this art genre.

«In Cámara abierta, the young Paula Comitre adapts to the dark, empty stage devoid of props, where her own beautiful movements become light»

Paula Comitre deserves special mention. This bailaora from Seville aimed high in her premiere at the Festival de Jerez, in the Sala Paúl venue. Born in 1994, she can now say she’s been able to carve her own space in baile flamenco sharing experiences with great stars like Rafaela Carrasco, David Coria and Mercedes de Córdoba, who were advisors in the choreography of this production. In order to add color to her baile and to voice her message in support of bailaoras, she has at hand the experienced cantaores Jesús Corbacho, Miguel Ortega and Antonio Campos. In Cámara abierta, the young artist adapts to the dark, empty stage devoid of props, where her own beautiful movements become light. She delights us por tarantos, serrana y liviana, and cantiñas. With each baile, she pays tribute to unforgettable names such as Carmen Rojas, Carmen Amaya, Pastora Imperio’s Seville school and Matilde Coral, respectively. 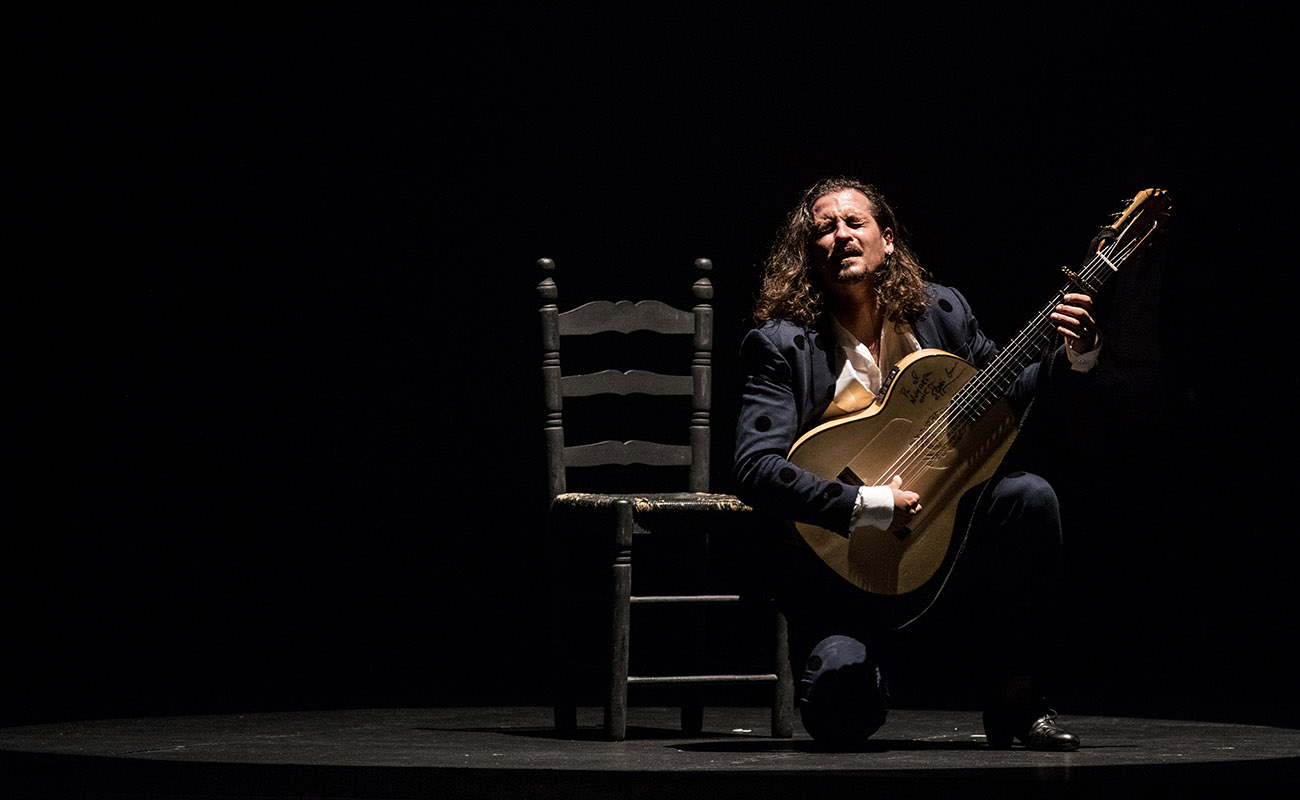 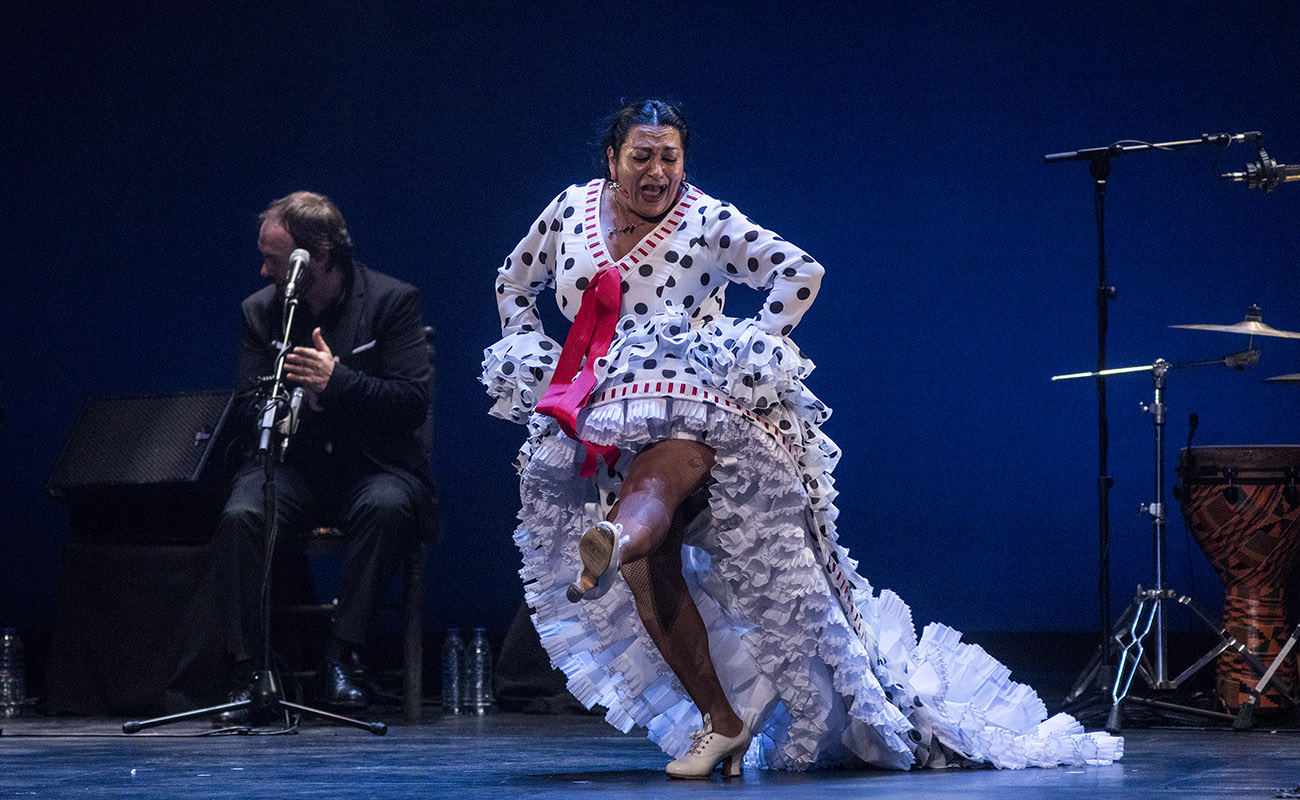 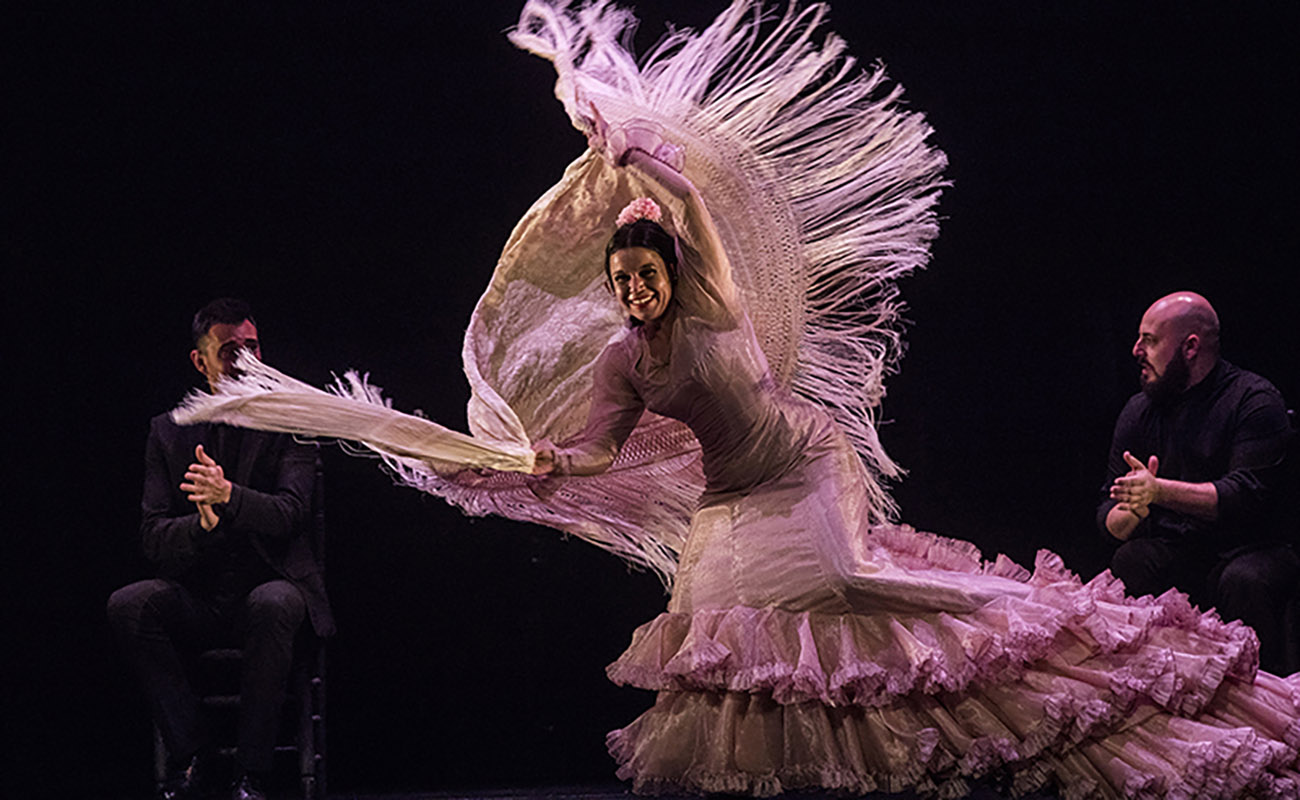 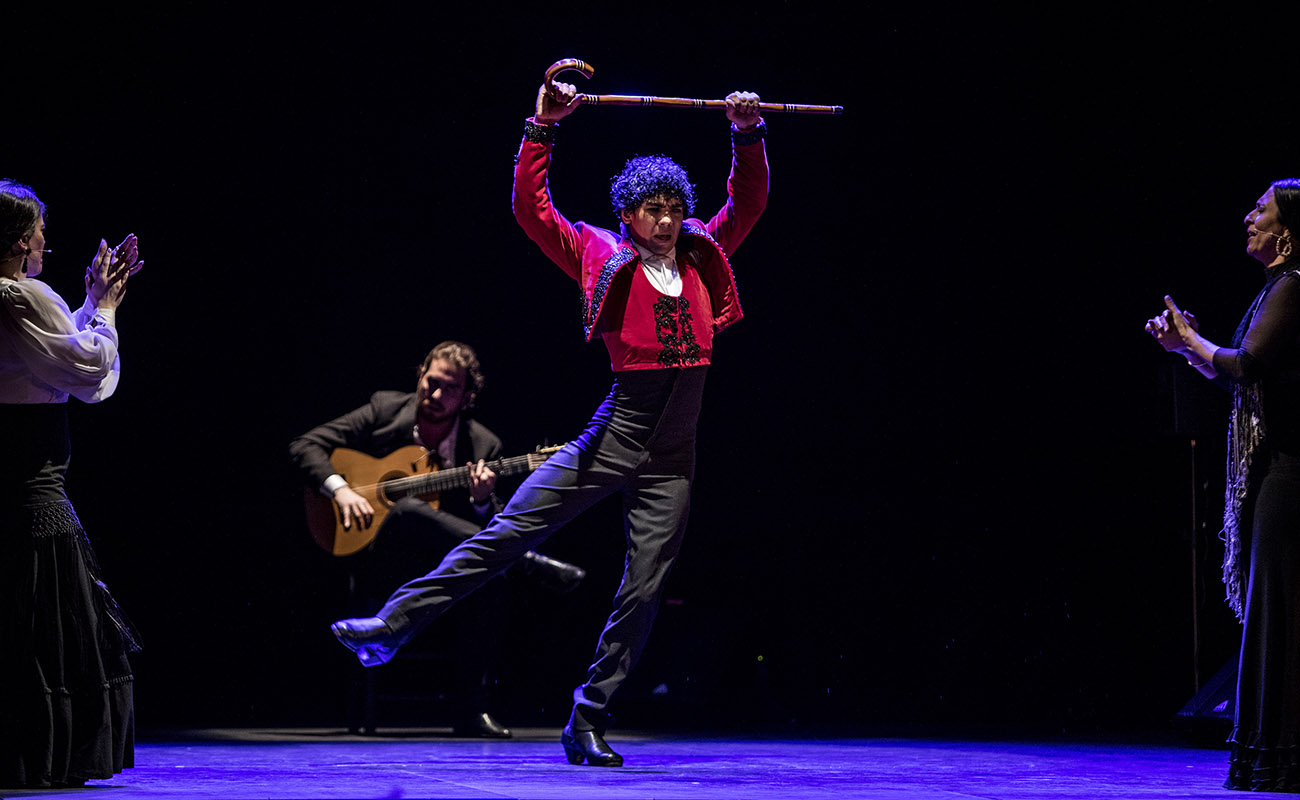 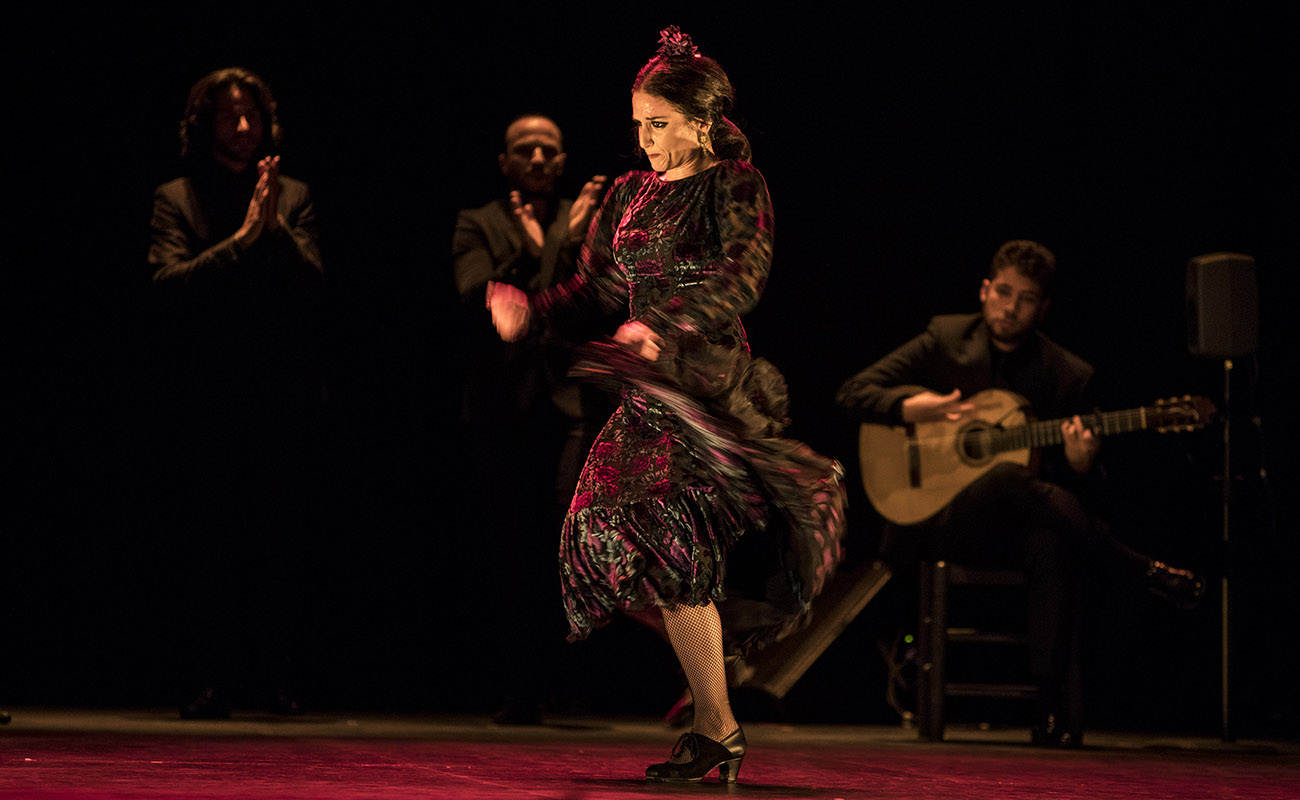 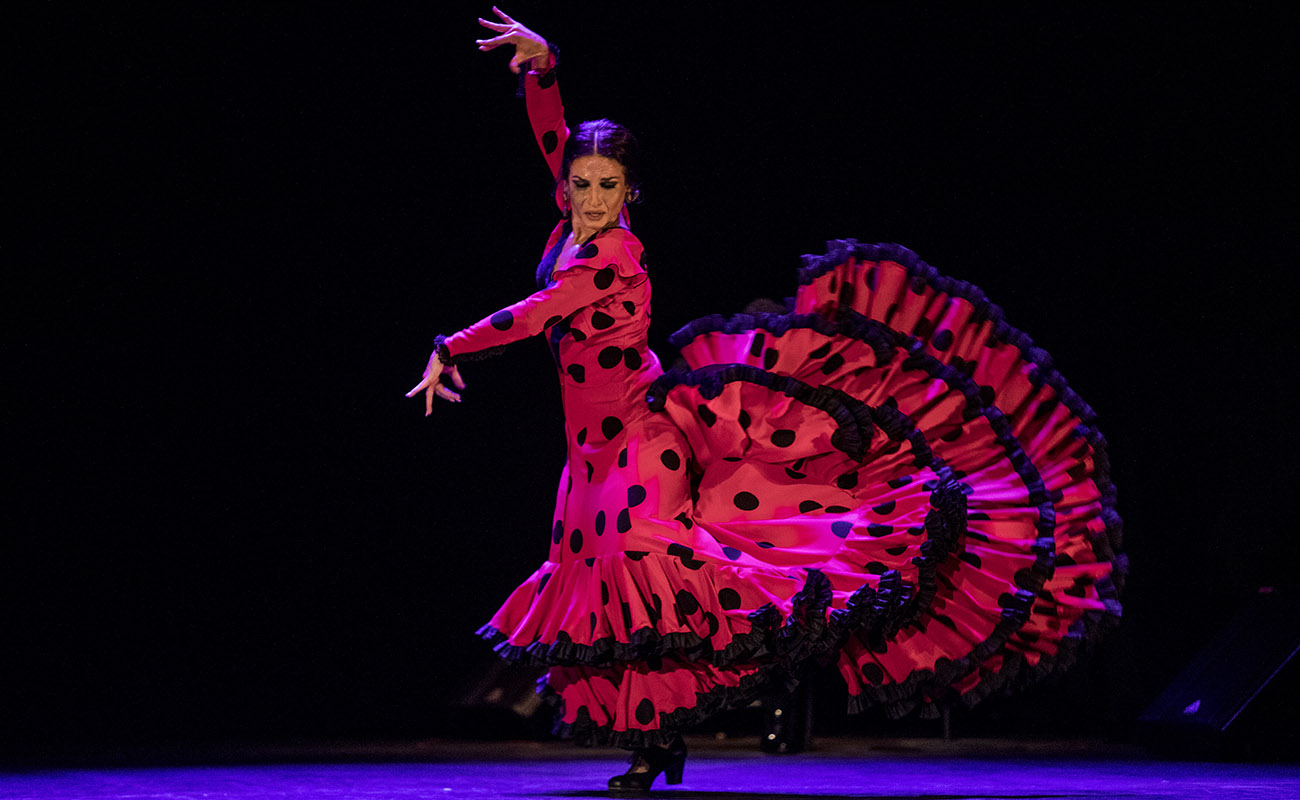 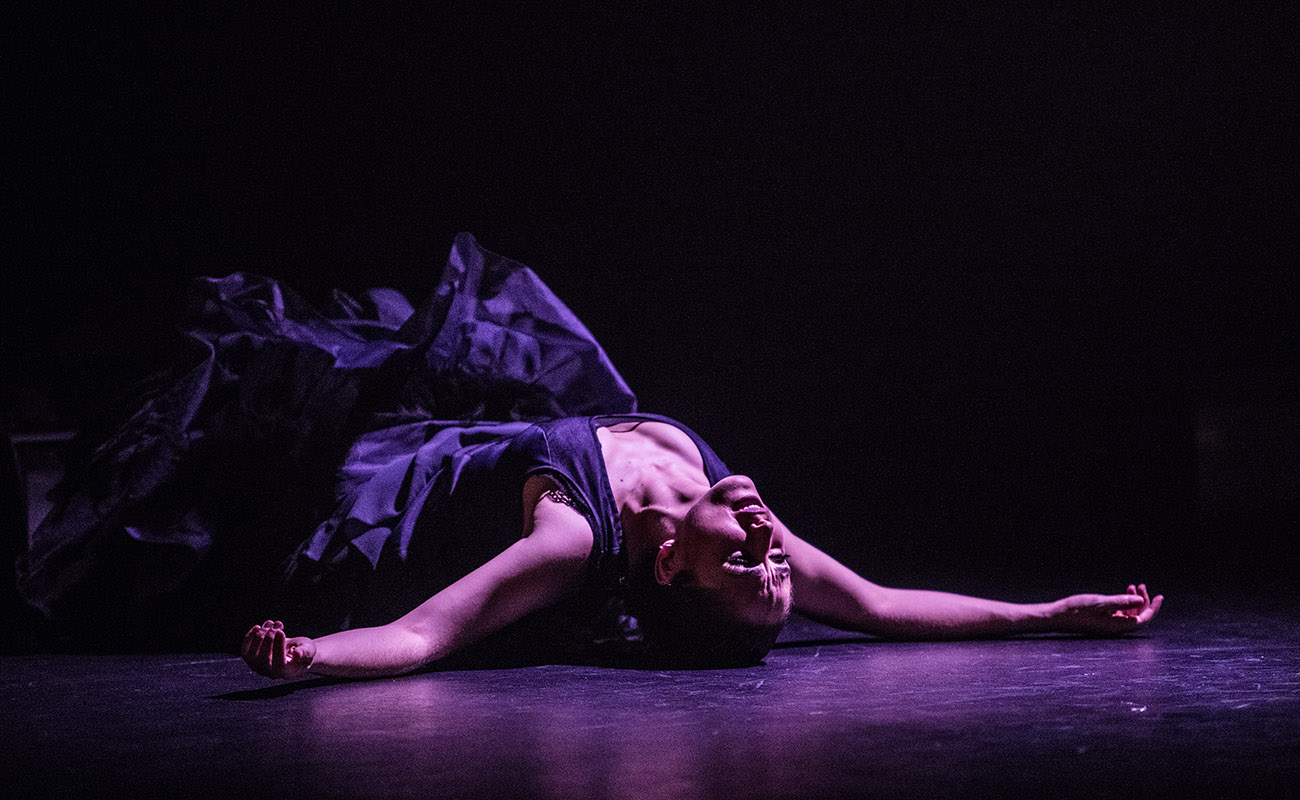