Chronicles of Jerez: the sweet personality of Felipa del Moreno

The success of the 23rd Festival de Jerez continues, as we perceive a more focused emphasis on cante. 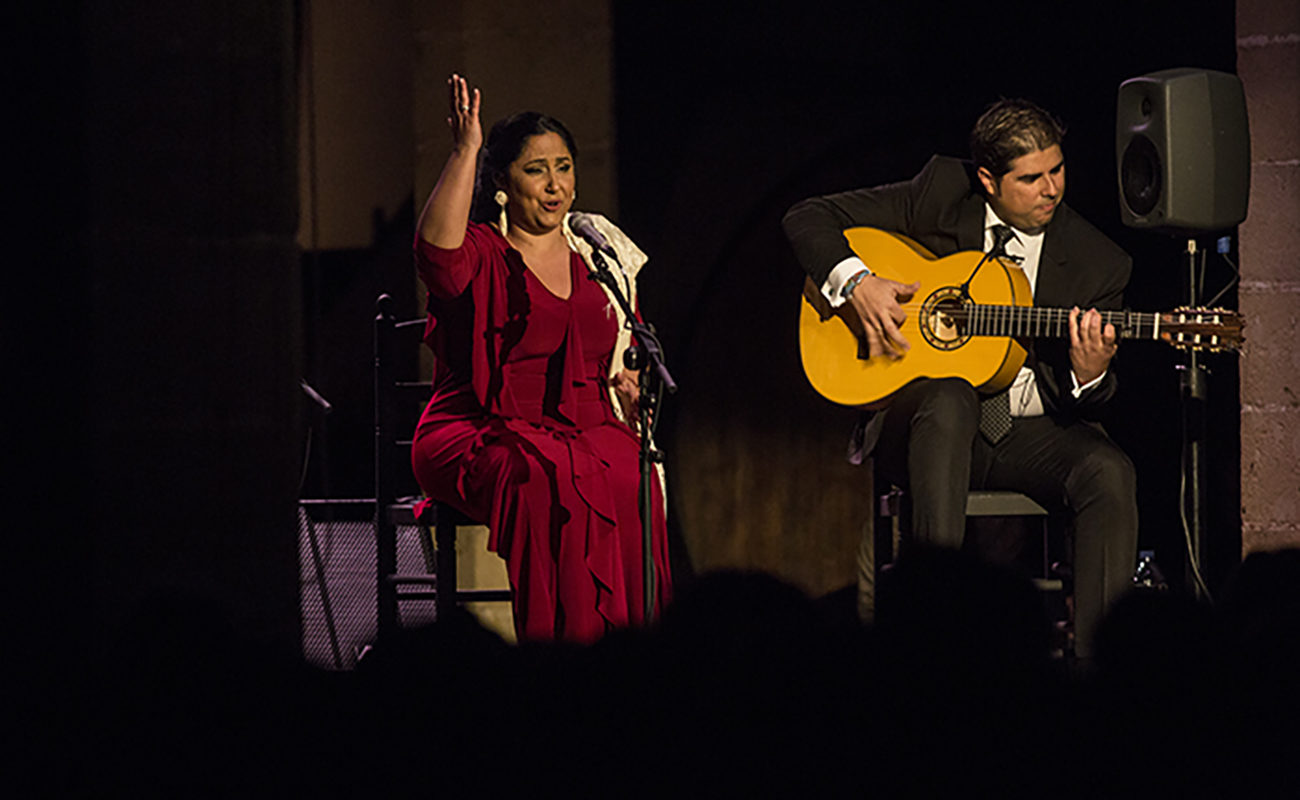 The success of the 23rd Festival de Jerez continues, as we perceive a more focused emphasis on cante. After the positive comments we made about Argentina, Lela Soto, José de la Tomasa and Israel Fernández in the previous chronicle of this festival, now it’s time to highlight Felipa del Moreno, a true revelation for many and a vindication for others. “Others” meaning the people of Jerez, because this Gypsy artists has always been beloved in her city. She has taken part in the great flamenco events of her birthplace, but she hasn’t quite made it big elsewhere, what is surprising when we consider the way she performs her cantes and, above all, her sweet personality.

Yet, she achieved one of the greater successes we’ve witnessed in this Festival so far. It all happened on the evening of Wednesday, February 27th, which incidentally was her birthday, at the Bodega González Byass venue. The public was both local and foreign, but all enjoyed it very much. It was a dream evening for this cantaora who is imbued by the creative sources of her land: Terremoto, Manuel Moneo, Torta and the cantes of La Paquera, Tía Bolola and Lola Flores. It’s a true pleasure listening to her singing soleás, granaínas or fandangos, as well as bulerías or tangos. She was accompanied by Manuel Valencia on the guitar, and what a guitar it was. Luis de Periquín, Manuel Cantarote and Juan Diego Valencia, were in charge of palmas and percussion. She also had as invited guests Rosario ‘La Reina Gitana’ on the piano and Andrés Peña in baile. The public attended this important recital of Felipa and she gave it all, so it’s only fair to highlight her performance as the best in this Festival so far.

The Villamarta Theater, everyone’s center of attention, was the stage for Jesús Carmona, Edu Guerrero and the Ballet Andaluz de Flamenco. The first of them, Jesús, was the best. Unlike what we often see in these productions which seem to gravitate towards the abstract and avant-garde, this bailaor from Cataluña proved having clear ideas and being able to perform them flawlessly. The public rules, and it granted Jesús the loudest cheers heard in this theater up to now, not just at the end of his performance but at any moment when he connected with his audience without any barriers. The caña where he even broke the heel of his boot is now just a memory. Instead of stopping, he added more fuel to the fire. His show Amator was sustained by the cante of Juan José Amador, Jesús Corbacho and Jonathan Reyes, as well as the impeccable guitar of Juan Requena. Less valued was Edu Guerrero‘s presentation of his show Sombra Efímera in Jerez. This bailaor is rightfully at the height of his career. He has earned through hard work the merit of being one of the most in-demand artist in this festival and he has a loyal fanbase. We’re not surprised to witness once again his potencial, efficiency and impressive physical qualities. He has compás, aire and personality. Yet, to be fair, this wasn’t a show that stood out due to its quality. He attempts to ponder about the temporal space we live in from a sand mountain and some branches which later become a tree with garlands and a curtain of used clothing, but it’s not quite clear what it all means. The BFA (Ballet Flamenco Andaluz) managed to show up and defend its good reputation, which was a feat in itself, considering what it has experienced in the last few months, with the resignation and replacement of its director. Thanks to Úrsula López, and despite the limited time to prepare this production, we can say that the Ballet honorably fulfilled the expectations of its show Naturalmente Flamenco, which had the moral and choreographic support of Rubén Olmo. It was a well-executed repertoire, with farrucas, romances, bulerías, alegrías, tientos, seguiriyas and cañas performed by either the whole corps the ballet or by just Úrsula herself. Positive vibes, and moving forward.

We also heeded the call of Vanesa Coloma at the Sala Compañía venue with Flamenklórica, a multifaceted version of this bailaora who displayed plenty of strength and power, with a flamenco performance that captivated the audience. Less fortunate was another Vanesa, Aibar. She presented Sierpre, serpent movement. Perhaps appealing to such animal for inspiration jinxed it all. This bailaora has talent to spare, but her message was a bit bothersome and too dense. Yet, the trio made of Leonor Leal, Antonio Moreno y Alfredo Lagos was able to captivate the public, who piled at the Sala Paúl venue to find out about the messages of Nocturno. Without cante, a lot of percussion and celestial music by Alfredo, Leonor finds her own ego before going to sleep, and in that moment silence takes over the stage and the mind focuses on creating tranquility and safety. It’s a reasonable, relatable and digestible show. Besides, the message was clear, which is a big novelty in our days. 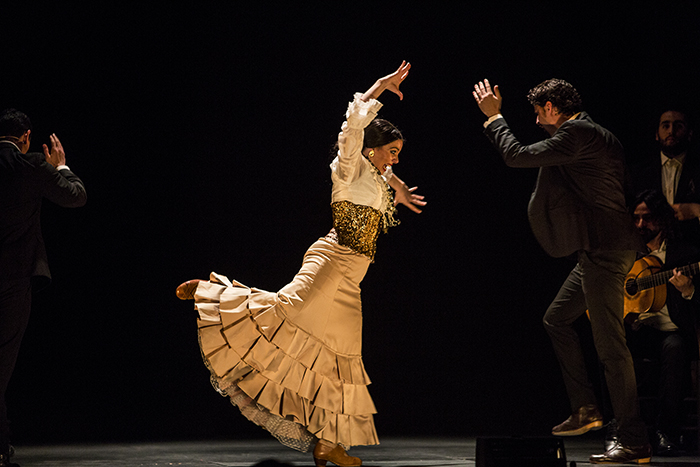 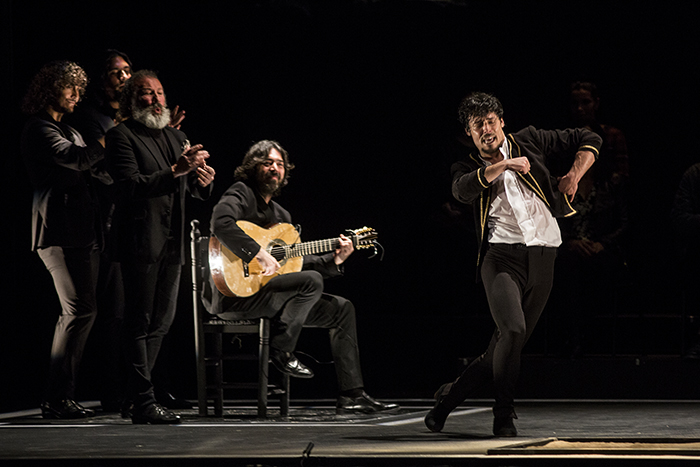 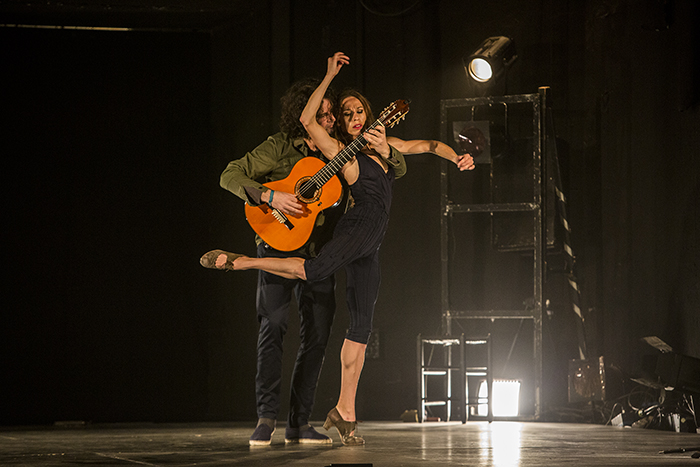 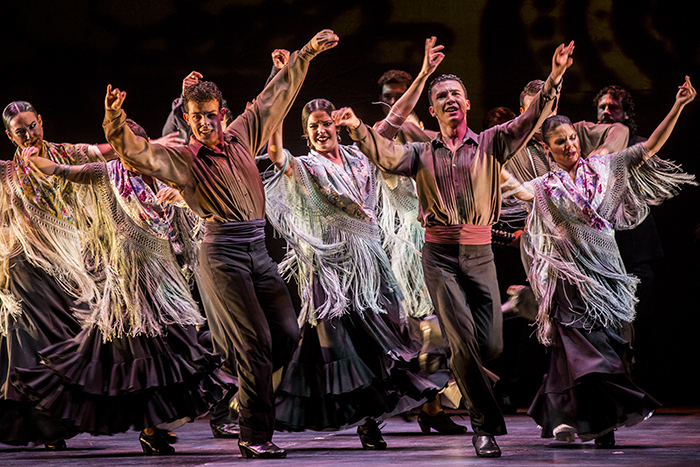 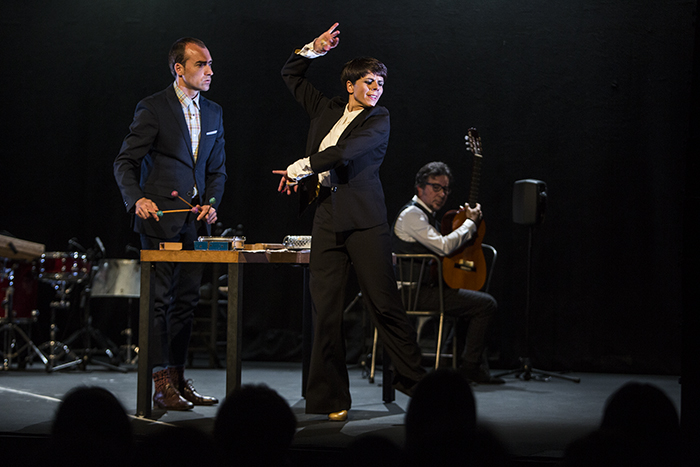 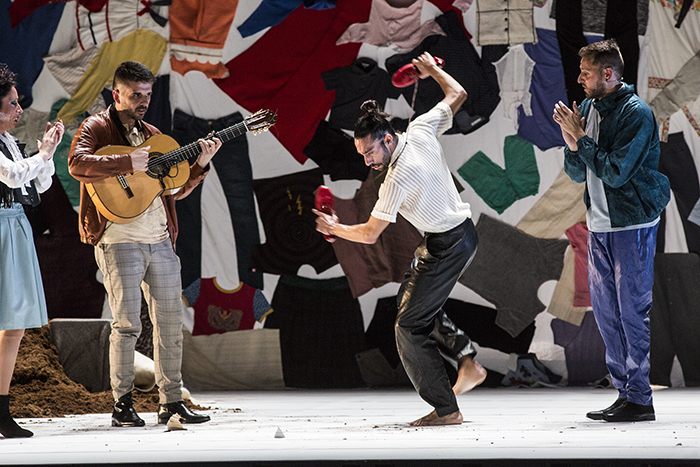 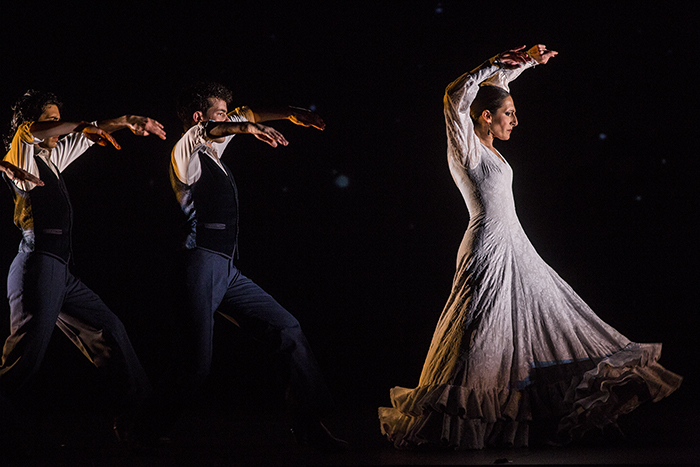