Paco de Lucía’s posthumous album came to life with the guitars of José María Bandera and El Amir on the stage of Seville’s Teatro Central. 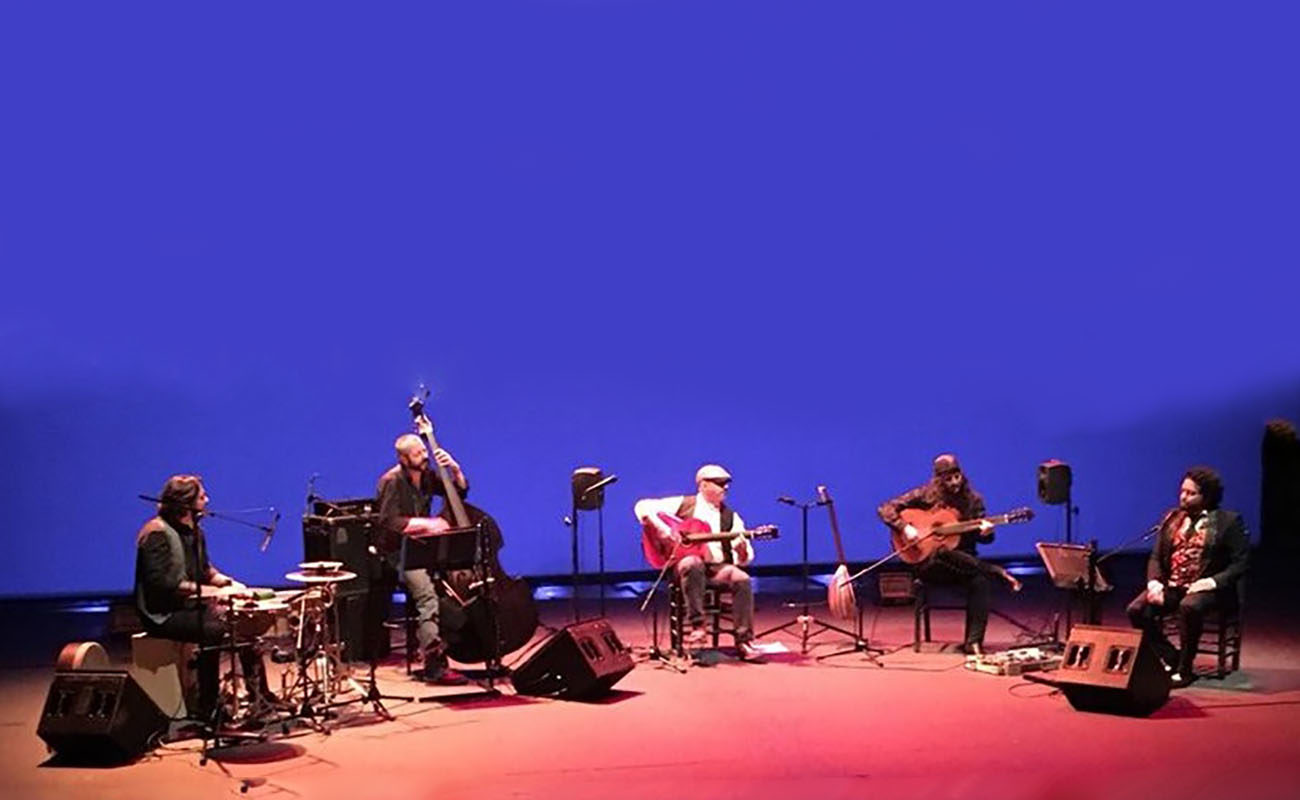 Canción andaluza (“Andalusian Song”) was Paco de Lucía’s posthumous album, the last legacy he left us, the orphans who loved his guitar. This album was recorded at his house in Palma de Mallorca, between October 2012 and September 2013, and was finished in Boadilla del Monte (Madrid) at the studio of his nephew José María, a guitarist devoted to the great master. For some reason, the album wasn’t released, and Paco died suddenly in Cancún on February 26, 2014. Two months and three days later, the album was in the market, courtesy of Universal Music Spain.

That same year, this album won two Latin Grammy awards: Album of the Year and Flamenco Album. Naturally, this record is among the best-selling of this genius from Algeciras. Everyone dares to say bad things about his legacy, with my apologies to Paco, but regarding this album, we can’t even say it’s “flamenco”. We may agree that Paco’s guitar sounds “flamenco”, no matter what he plays, but in this case it can’t even pretend to be such thing.

Thus, it’s puzzling to see this show in the programming of Flamenco Viene del Sur, a series renowned by its support of authentic flamenco, showcasing both established artists and new talent of this art. We’re talking about flamenco, of course, not copla (popular Spanish songs), considering that this album was Paco de Lucía’s tribute to Spanish copla, to Rafael de León, to Quintero and to Quiroga; to Marifé de Triana and to Conchita Piquer, his first muses.

On Tuesday at the Teatro Central there were four truly first-class musicians, led by José María Bandera, son of Paco’s older sister, who would put him to sleep singing those coplas we mentioned. José María adapted his uncle’s toque to be performed by two guitars: his own, and that of the inimitable El Amir, a great multicultural musician, born in Germany of a Colombian mother and a Palestinian father. Both of these musicians are virtuosos and performed impeccably. The same can be said of Israel Katumba, from Cádiz, artist of the cajón and an amazing percussionist, and Josemi Garzón, from Madrid, who with his double bass was perhaps the one with most feel on stage, precisely adding that touch of jazz session which was intended.

Where we were able to enjoy flamenco, really good flamenco, was in the first two pieces, which were not part of Paco’s original album, but compositions by José María and El Amir: the granaína “Taró” and the minera “Origen del silencio”, respectively. We were also able to enjoy great flamenco in Rafael Utrera‘s very Gypsy shoes and vest, with his great rendition of Caracol’s “Romance de Juan de Osuna” and “Manuela”. He also sang “Señorita”, made popular in the voice of Enrique Montoya, but adding the salsa and Caribbean rhythms which Paco de Lucía loved so much.

Later we listened to Ojos verdes, Romance de Valentía (where the pasodoble rhythm would occasionally give way to tanguillos de Cádiz), Chiquita piconera and even Suspiros de España, all of it in flamenco-jazz fusion mode, visiting Africa, Asia, America and Oceania, while the free musicians had fun among themselves without a care in the world. Flamenco, once again, stayed back in the North. 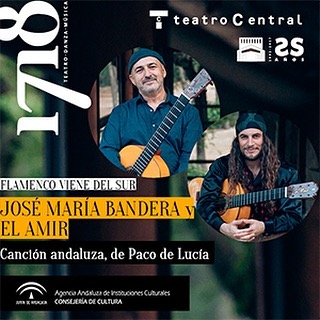