Rancapino Chico, a cantaor at the Concert Music Sancti Petri 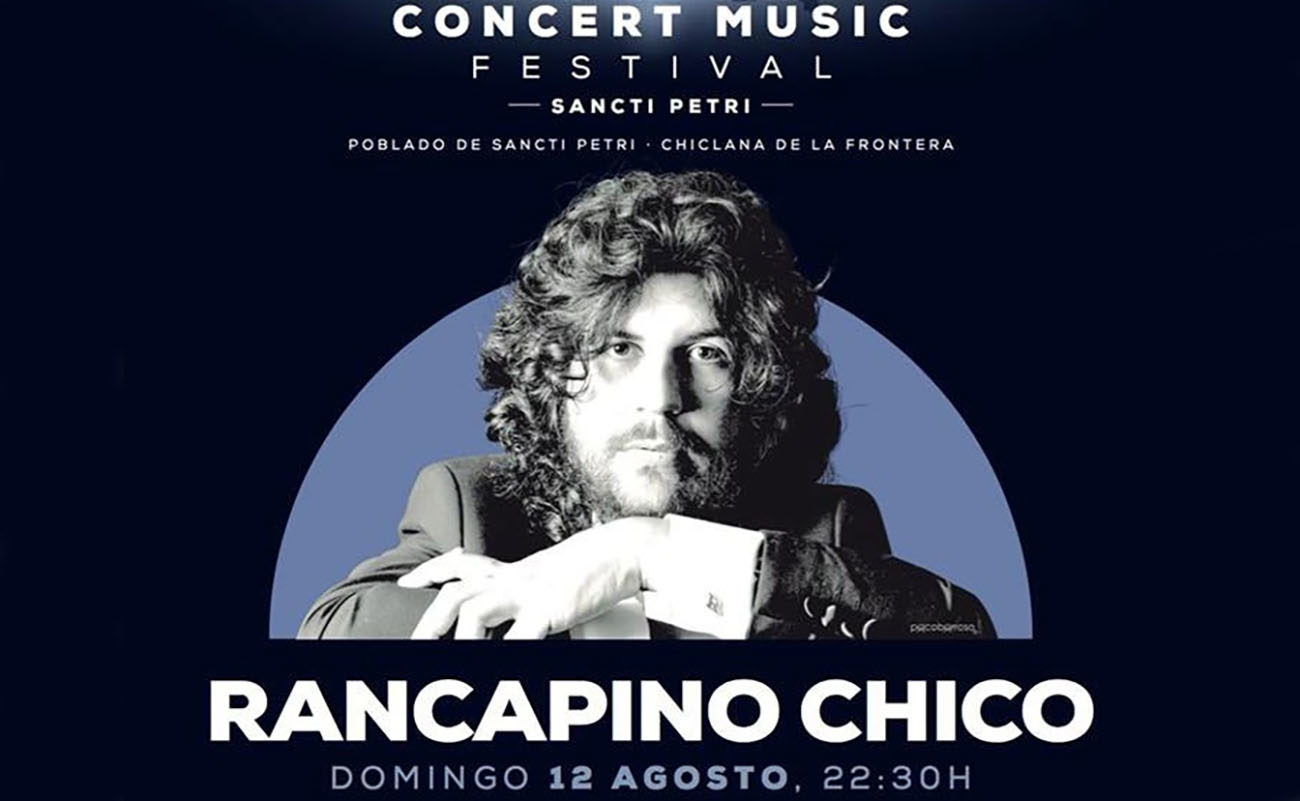 Alonso had a great opportunity and he made good use of it. His participation at the Concert Music Sancti Petri was one of the most important performances in this cantaor’s hectic summer schedule, for various reasons. First, we must note the presence of a flamenco artist, who is an adherent to non-commercial, traditional cante, in a festival which each evening features a leading star of Spanish music, in genres as diverse as pop or rock. We should also highlight the participation of a cantaor in a concert format, that is, a one-hour performance for a wealthy public that is not necessarily well versed in flamenco, although is interested in it. Among the attendees there were friends and neighbours from his hometown, Chiclana, and a few colleagues. His father also attended, wearing a short-sleeve white t-shirt, looking more hippie than flamenco, but artful as ever. Also in attendance were his sister, Ana, who has started making herself known in the world of flamenco, and his niece Esmeralda, a sweetheart whose echo is already becoming viral In the social networks and has piqued the interest of many entrepreneurs.

True to his principles, Rancapino Chico offered a recital of the most sensible and pure flamenco, drenching with hope to mood of the most pessimistic aficionado. Are the old days always better? Alonso invited us to think about it, because the time we spent listening to him prevented any distraction and only allowed enjoyment. Around one thousand people came to the well-prepared and modern venue in the Sancti Petri township to meet a cantaor who has managed to revitalize this genre and wrap with magic the places where he performs. We note in Rancapino an excitement for cante, a respect for the stage and his public and the solemnity that an event like this deserves. Thus we must value his total commitment, at all times, to his repertoire, which this evening wasn’t too different from his regular one, because Rancapino doesn’t attempt to be someone he is not, but he rather gets into the essence of what he wants to convey with what he excels in, with what he feels every day. In a few words: he stayed away from what is fake. He got it right and was acclaimed. He showed his most artistic side, something that requires a lot of talent.

To succeed in pleasing his public, he had the help of his usual accompanists, who know him well and are able to create a first-class atmosphere. Antonio Higuero, his guitarist, pointed to the public with his finger, at the end of the concert, stating that Alonsito was “the number one”. Higuero is also “number one”, because his toque is always improving, accompanying cante with a proper and sweet measure, far removed from the aggressivity of other schools, respecting an instrument, as it deserves, which was the sole accompaniment of this cantaor, together with palmas. The toque of Paco León, from Puerto de Santa María, was evidently well-liked, having a compás that evokes the traditional Gypsy tenement yards of Jerez. Palmas were in charge of Manuel Cantarote, José Rubichi and his cousin El Pijota, three aces of soniquete who always deserve our applause for they great work. 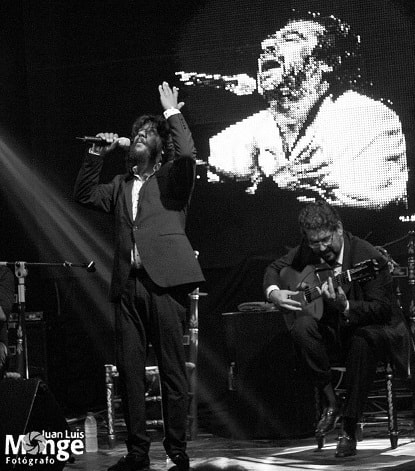 The evening started with yours truly speaking for that part of the public who didn’t know much about this great artist, the son of Juana Fernández who debuted his career when he was very young, in the presence of his father, Juanito Valderrama and Rafael Farina, “although I don’t really remember any of that, because I was very young”, stated the artist about that moment of his childhood. Rancapino arrived eager to embrace the soleá de Triana, which he linked with the soleá apolá and the soleá de Charamusco, with those lower tones so prized by his family. From there he nailed the following malagueña. His arsenal is based on the execution of the different styles from the depth of silence, avoiding the despaired screams which never create a pellizco.He went for a ride with his vocal chords along the history of cante, spoken and felt. He dwelt deeply into the school of Cádiz por alegría, with lyrics alluding to the legacy of his ancestors, adding compás, but a traditional compás, not the electric one which is increasingly featured on the stages of contemporary flamenco.

There were no weak moments and he always managed to keep our interest up. There was no lack of tangos, the palo that Rancapino relates so well, emulating those cantaores from the 1970s who defined the sound of the flamenco summer festivals in Andalusia. That’s a big source of inspiration for Rancapino, as well as bulerías. He evoked Pansequito and Juan Villar, accompanied by Cepero. In his second bulerías, he leaned towards Jerez, towards La Plazuela, singing the bulerías popularized by Juan Moneo El Torta, “Abrázame”. He dared to do again the version he had sung at Peña Los Cernícalos a while ago, when he admitted not remembering all of the lyrics. Last Sunday he remembered them all, and he sang with the ease that these now-historic bulerías require. The public wanted more, asked for more, clapped more. Just like with El Torta, Manolo Caracol was also remembered with a photograph on the stage’s big screen and with the lyrics he left for posterity, “Me voy a morir”. It looked like it was the end of the performance, but Rancapino came on stage once again, to satisfy the clamour of the public. With a solo by Higuero, Alonso sang two more fandangos and one zambra, under the glance of his father who had climbed on stage unexpectedly and who couldn’t but smile, witnessing the stir his son had created. With the whole ensemble, the bulerías baliadas by Antonio Higuero closed Alonso’s great gala, leaving that feeling that great artists leave, filling the bay of cantes with fresh air.