Home / Chronicles  / Samuel Serrano, prophet in his own land

Samuel Serrano, prophet in his own land

Last Monday was the start of the Chipiona’s 9th Cultural Week, honoring the singer Rocío Jurado, the most universal artist from that city of Cádiz province. This event was held at Andalusia Square, across City Hall, which through its Culture Council organized this show together with Asociación RJ La más grande. Admission was free, and half of Chipiona came to honor their great Rocío.

This event consists of two very distinct parts. The first is a tribute to this singer from Chipiona, done by a great friend and admirer of her, the renowned fashion designer Agustín del Moral from the Azabache house. Agustín praised the memory of this artists from an emotional perspective and often shared his tears with the public, who responded with olés and applause. The local singer Cintia Merino, winner of a famous TV talent show, emulated “The Greatest“ with some of her top hits, such as “Con ruedas de molino”, “En el punto de partida” and “Qué no daría yo por empezar de nuevo”, ending with Rocío’s lyrics por fandangos. Cintia has a gifted voice, we shall keep an eye on her.

The second part, well, we were expecting half of the public to get up and leave. Yet, no one moved from their seats. Samuel Serrano was coming to sing flamenco jondo, the authentic kind, and he’s known to be a very good singer, besides being from Chipiona himself. Not only that, Paco Cepero, the great legend of Jerez’s guitar, was going to accompany him.

The first time I ever listened Samuel sing was about six years ago. That was in Cádiz, in the final of the Concurso Nacional de Cante por Alegrías. He came out looking like a savage, with his long hair evoking a present-day Geronimo, and the crowd went wild with his warm-up por seguiriya. Those of us who were there still remember that piercing seguiriya, although it wasn’t awarded any prize as a cante libre. Samuel didn’t do well por alegrías, but even so he won the 2nd prize. Last Monday we were able to confirm that Samuel continues to excel por seguiriyas, and that his alegrías are much better than before. He sings the latter slowly, softly, until he runs out of compás, with elegance and wisdom.

Samuel Serrano’s seguiriyas by themselves are well worth the trip to Chipiona, enduring two loads of tributes if necessary. Con la Virgen de Regla, estoy enojao, yo le he peío la salud de mi mare, y no me la ha dao. Just like that, with the melody of Paco la Luz, starting with an “ay” that got everyone holding to their seats, bracing for what was to come.

Before that, the master Paco Cepero was accompanied by one of his disciples, the young guitarist from Puerto de Santa María Paco León, opening the recital with his famous “Agua marina”, delighting the public. Then Samuel Serrano showed up, without his long mane, wearing an impeccable blue suit. They changed his image, of course, more commercial and all that. The public was enthralled as he sang Paco Cepero’s tangos, and rumbas. Then came the martinetes, “La Plazuela está de luto, el alma la tiene rota”. We could not help wondering where this kid got such a great voice, overwhelming us for several hours. 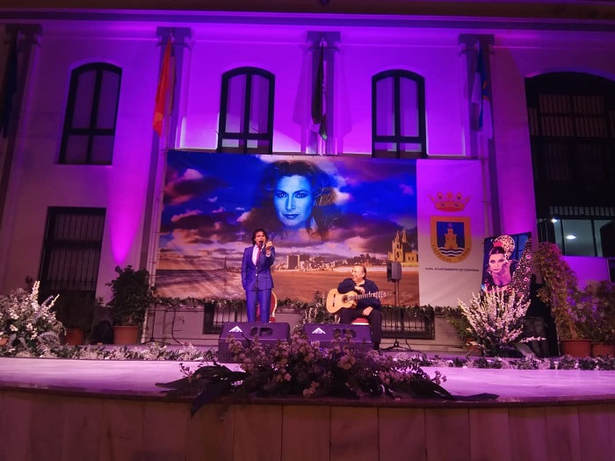 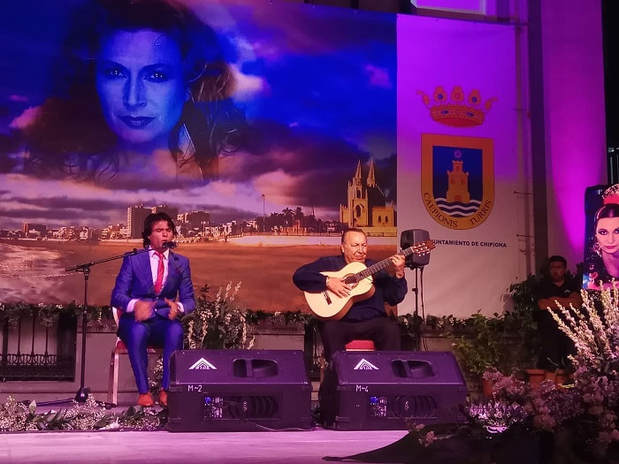