Luis de Periquín introduced a new way to conceive Christmas music in Jerez. He had the backing of a multitude of followers from different parts of the country, and the scalpers got busy. The Villamarta theater was sold out one month before the show took place, with the public looking forward to enjoying a show produced by this restless musician 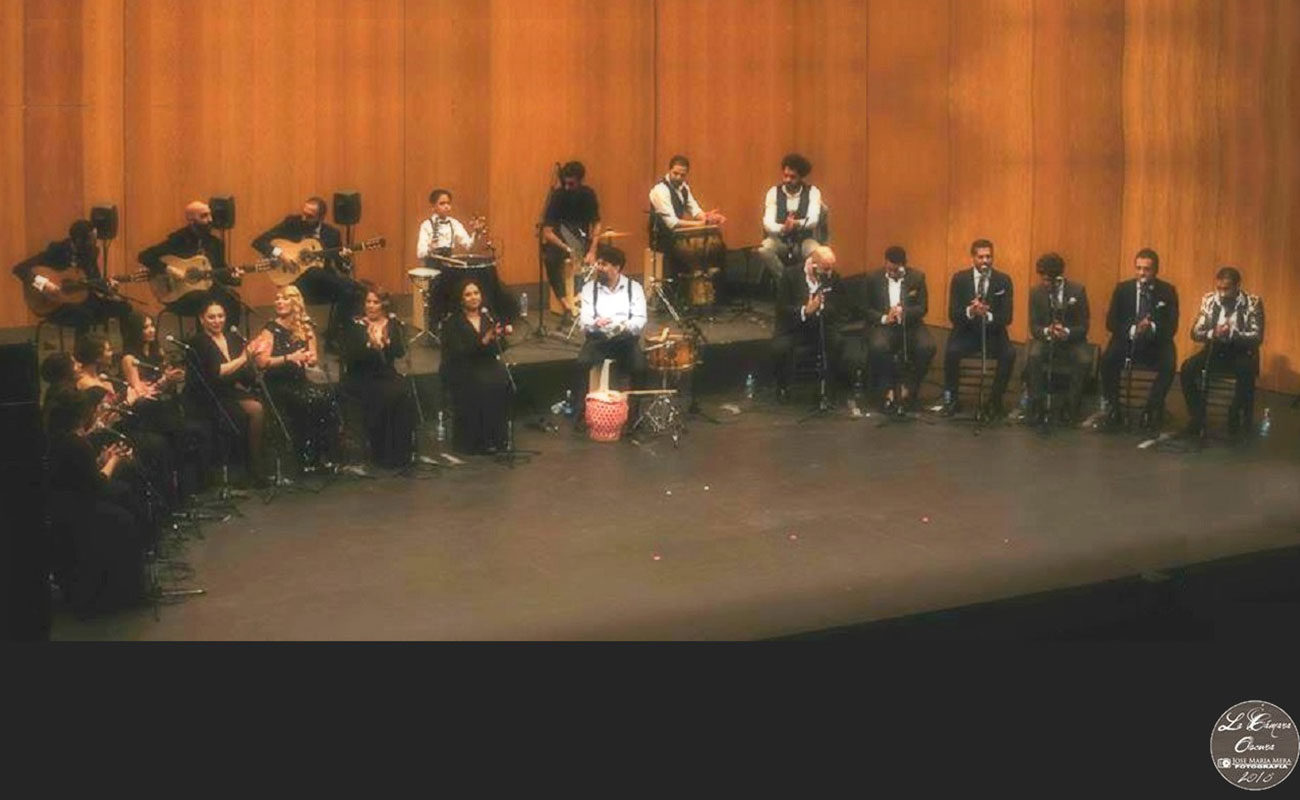 Luis de Periquín introduced a new way to conceive Christmas music in Jerez. He had the backing of a multitude of followers from different parts of the country, and the scalpers got busy. The Villamarta theater was sold out one month before the show took place, with the public looking forward to enjoying a show produced by this restless musician from the Santiago district of Jerez, whose productions have been performed in several editions of the zambomba organized every year by the Federación Local de Peñas, and also by the one promoted by the Hermandad del Prendimiento in this same venue. In each of those performances, Luis and his team have left sparkles of creativity, freshness and novelty, turning the page of the lyric corpus of Christmas in Jerez. While in former years these performances were called zambombas, this year it has been shouted that this production is rather a show, because the true zambombas, the popular parties, “take place in streets, plazas and courtyards”, according to the director. The evening of December 22nd, nearing the Nativity of the Lord, the youngest (some of them with a lot of experience) of this renowned neighborhood in the land of Tío Pepe took the stage, facing a colossal expectation. We could see people from Zaragoza, Sevilla, Málaga, Chiclana, Zahara de los Atunes, Puerto de Santa María and many others from Jerez itself. It was a public varied in age, disproving the myth that this ensemble is only liked by young people. That’s not true, because the way Luis has lifted this musical tradition is well liked in general, and no one can dispute this.

What’s that way, its musical form? The key is in the unity of the voices, in the harmony that’s created on the stage, in the teamwork, in the leading ability of the director, in the mutual respect among colleagues, in the generosity with the public… all of this resulting in a series of visceral and elegant performances, with great rhythm and a unique contemporary style, while still taking in account, in most cases, the Catholic themes that are central to this traditional celebration. As a reference, they have, in particular, Parrilla de Jerez, Fernando Terremoto, Antonio Gallardo… and so many others that have never performed villancicos, but who are first class musicians as percussionists or guitarists. Those resources are thoroughly engaged in this production, achieving a well-integrated whole. The sensibility of Fanía Zarzana always stands out, and the contribution, in voice and dance, by Manuela Fernández y Dolores de Periquín, adds to the picturesque moment; Ana Parrilla, Manuela de Perikín and La Junquera add a certain maturity (and also the controlling glances) that can be sensed on stage; Junquerita takes the Gypsy voice to the realm of the exotic; Rocío Valencia seems like a revelation, moving us all; and Felipa del Moreno gifts us the best moment of the evening with a brilliant performance. New, sensible compositions with a well-thought content, a product of research. Regarding the male performers, we focus on the rock-like rhythm of Juan de la Morena; the sweet voices of Maloko and Joselete, two icons of the clan; Nono de Periquín and José de la Melchora gifts us their voices, as Manuel de Cantarote excells with his wordly quejío and total commitment. Nothing would be the same in this ensemble without the guitars of Nono Jero, Fernando de la Morena Jr. and Madrile Carrasco, the three of them in a state of grace, or without the percussion of Juan Diego Valencia (father and son), Curro del Vaca and Manuel Cantarote. Above all, nothing would be the same without Luis de Periquín.

Let’s get to the fin de fiesta, which very suitably features the bailes of Gema Moneo, the flagship of Jerez’s baile in her generation, Fernando Jiménez, with a Gypsy feel that is uncommon these days, and Aitana de los Reyes, who posses that majesty that is required to dance in a venue like this. The well-regarded artist José Valencia, from Lebrija, also showed up that evening with a villancico and por bulerías, in a show of love for this land and its people, the people of Jerez, who are creating a tide around villancicos, once again surprising even the most pessimistic in this region, adding to what others made in a different and refreshing way, we insist, full of experience and love, dedication and rehearsals, hours and more hours, excitement and tears. That’s the sound of Christmas in Jerez, now and always.