Home / Chronicles  / The Tower of Baile

The Tower of Baile 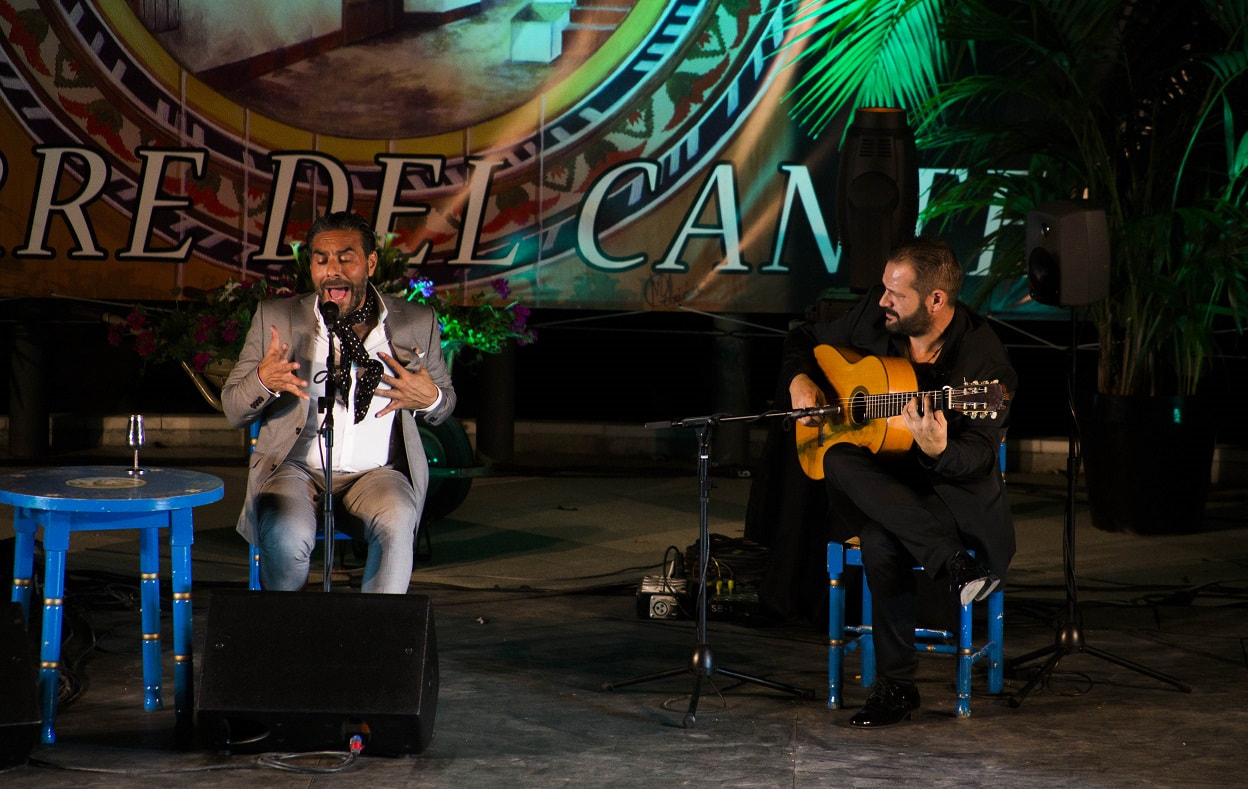 Personally, I’ve always though that the format of those festivals which go on until very late at night should give way to others that are more spread out in time, becoming day-long or week-long events. However, there is no doubt that many aficionados greatly enjoy this kind of festivals, and that was apparent yesterday in Alhaurín.

The lineup offered quite a balanced selection of flamenco artists: renowned stars, new talent, youths, veterans and, above all, quality, a lot of quality. Among that constellation of great artists, two shone particularly bright. It’s not that the others didn’t shine, but Samuel Serrano in cante and Sergio Aranda in baile added more fuel to the fire than any of their fellow artists in the lineup.

These two younger artists came as secondary acts in a festival featuring established stars such as El Pele, Marina Heredia or the highly demanded Pedro El Granaíno, yet, without any doubt, the took flamenco to its utmost expressive forms. Samuel was accompanied by one of the lineup highlights, the master Paco Cepero, who together with this cantaor from Chipiona got a standing ovation, his fingers full of duende. In the style of the master Juan Villar por bulerías, they took the public to ecstasy.

Then came Sergio Aranda, from Málaga. Yes, from Málaga itself, one of those artists who must leave their hometown and travel far away to be able to make a living with his art. He came back home as if to say “Here I am!”. His baile por soleá was the best of the evening, at least in my opinion, of course. He managed to make time still and avoided excessive shows of skill (something he has plenty), something which other artists often use to disguise their lack of true flamenco feel. Sober, enjoying himself and flamenco to the bone. He turned the small 200 square feet stage into a canvas where he painted in black and white the mysteries of the solá, always accompanied by three leading artists: Jose Manuel Fernández and Canito in cante and El Perla in the guitar.

The evening had other great moments offered by the other artists, such as El Pele’s soleá and fandangos, accompanied by Niño Seve’s guitar; Marina Heredia’s malagueña and tangos, accompanied by her ensemble, with Bolita on the guitar, or the much awaited Pedro El Granaíno (together with Patrocinio), who was the closing act of the festival. Even as, by then, part of the public had already left the theater, there was still a sizable redoubt of aficionados eager to listen to El Granaíno. He didn’t disappoint, confirming that he’s at the top of his game. Despite his generosity, the public was left wanting for more. Once again, the Torre del Cante stood high in the epicenter of flamenco in Málaga in the month of June, except that this year, that tower of cante was conquered by baile.