Antonio Canales has recently been awarded Spain’s prestigious Medalla de Oro al Mérito de las Bellas Artes 2020. Canales turns 60 this year, he’s no longer the lithe young dancer I discovered all those years ago. But his catalogue of moves, distilled to the essence, continues to yield flamenco with no expiration date. 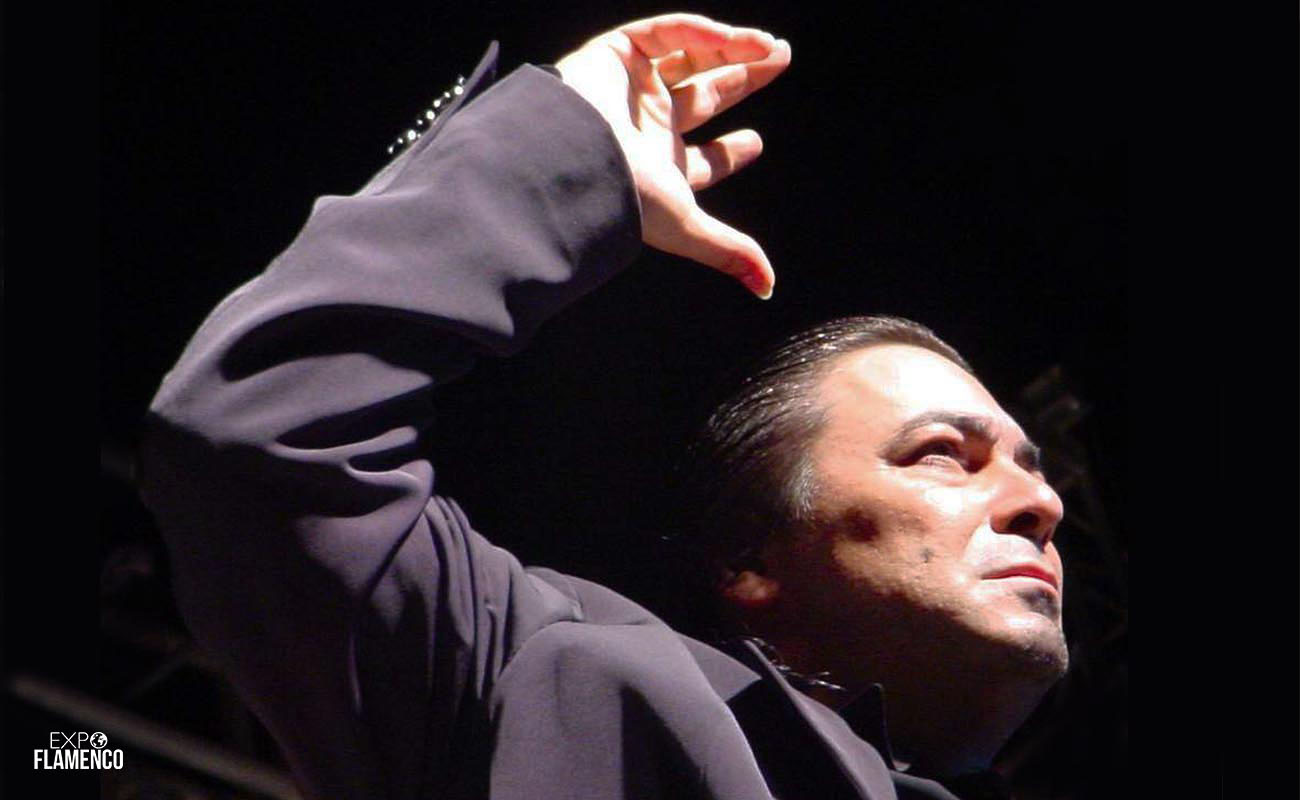 Antonio Canales has recently been awarded Spain’s prestigious Medalla de Oro al Mérito de las Bellas Artes 2020. Yes, I know Sara Baras, whose work I deeply admire, has received the same award, and well-deserved. However this is no press release, but rather my personal take on a dancer I’ve admired since long before his name became a household word, before the gossip columns and other frou-frou appeared to diminish the artist that exists within Antonio Gómez de los Reyes.

Canales’ career is long and noteworthy… please consult other sources for lists of his works and considerable accomplishments. My personal discovery of the dancer was in 1988 in his collaboration with the Granada maestra Mariquilla, who was then in her prime. This was long before the years accumulated and Canales became worthy of that back-handed epithet: “veteran artist”. Along the way he became known for his occasionally outlandish behavior which cost him some credibility as an artist.

The work in question, El Sacromonte y yo, was an elaborate celebration of Granada’s rich flamenco heritage with all the associated intensity and color. I saw the show once, on television, over 30 years ago. I vaguely remember a wedding scene, folkloric items such as the mosca and the cachucha, the amazing tangos they do in that part of the flamenco geography, and powerful Mariquilla with her expansive personality, putting all her cards on the table. But most of all, our man from Triana, por soleá with el Piki singing I believe.  Antonio who?  “Canales” it said in the credits.  Never heard of him, but his dancing fascinated me.  Mind you, at the age of 27 he was still a tad academic, stitching together bits of Mario Maya, Antonio Ruiz, Güito, Manolete and others in that sedate line. But he had a personality all his own.  A few years later, Joaquín Cortés hit town, similar but different, and all the attention was for him.  Good grief, was I the only one to perceive those great vibes of Canales?

The starting point was, as it must always be, clean technique.  In the stops, in the footwork, arms and hands, turns, the whole package.  But with something else that went beyond.  It sounds strange even as I write the words, but he appeared to adopt moves that would have been ugly in a lesser interpreter, and made them work.  By the time I saw him in live performance at the Cante de las Minas de La Unión 2002, the man had made his name internationally, done important work and received the recognition I always knew he deserved.

I remember that appearance in La Unión. At first, Canales seemed unable to focus, wandering around the stage as if looking for a sign, a path that would show the way to flamenco. Then it happened. Without warning, concise minimalism gave way to the crazy posture, airplane arms, hunched shoulders, excesses for some, flashes of genius for others, copied by many, poses that seemed taken from silent film, or perhaps a jondo dream, or a court jester with compás.  A few minutes of artistic ecstasy made the wait worthwhile, and the audience of 1500 people jumped to their feet shouting and cheering.

Antonio Canales is an irregular artist.  Spontaneous creativity tends not to go hand-in-hand with predictability. Not always getting it right is typical of artists who have something to say, and reject the repetition of tired formulas. Canales came along three decades ago, dancing to the sound of a different drummer, with revolutionary forms and movements that have helped give a new look to flamenco dance. Jerez dancer Joaquín Grilo, one of today’s finest, clearly follows the Canales line. The two collaborated in an amazing show at the 2017 Festival de Jerez where they delivered contemporary flamenco without straying from the habitat.

Canales turns 60 this year, he’s no longer the lithe young dancer I discovered all those years ago. But his catalogue of moves, distilled to the essence, continues to yield flamenco with no expiration date.