Home / Estela Flamenca  / Domingo Alvarado: «Carmen hired me because I was from Jerez!»

Domingo, a flamenco singer from the era of ruffled shirts and sideburns, settled in the United States after Carmen Amaya hired him on Antonio Mairena’s recommendation, something he was very proud of.

It’s funny how things happen sometimes. A neighbor lady walking by my front door on the narrow pedestrian street where I live, glimpsed a poster of Fernanda de Utrera on the wall, and remarked “oh…you’re into flamenco…I have an uncle who sings flamenco, but you wouldn’t know him, he lives in New York”. Indeed!  Turned out, this was the niece of flamenco singer Domingo Alvarado, whose family owns a historic building just a few meters up the street from me. The same building, decades earlier, was a popular tabanco (traditional bar specialized in wines and where flamenco was often present), as often pointed out by older taxi-drivers when they drop me off.

Domingo, a flamenco singer from the era of ruffled shirts and sideburns, settled in the United States after Carmen Amaya hired him on Antonio Mairena’s recommendation, something he was very proud of. In an interview we did in 2003, he describes the first encounter with the legendary dancer:

In 1955 Antonio Mairena, who was touring the States with Antonio, the famous dancer, spread the word that Carmen was looking for a singer. When he returned to Spain he called Porrinas de Badajoz, but Porrinas wouldn’t fly. So Mairena rented a place where he could hear me and he told the manager “this is your man”. Carmen’s husband Juan Antonio Agüero wasn’t convinced because I wasn’t gypsy, but when she heard I was from Jerez everything changed…I got the job because I was from Jerez!

The manager called me up and said he was taking me to meet Carmen. We went to the hotel and there she was in bed. “Well well well, I don’t know about your singing, but you sure look good…sing some bulerías”. The guitar and palmas began to sound and I started singing. Carmen exclaimed “Viva Jerez de la Frontera, this is great!” I sang a couple of verses and she embraced me and said “finally I’ve got my singer!” 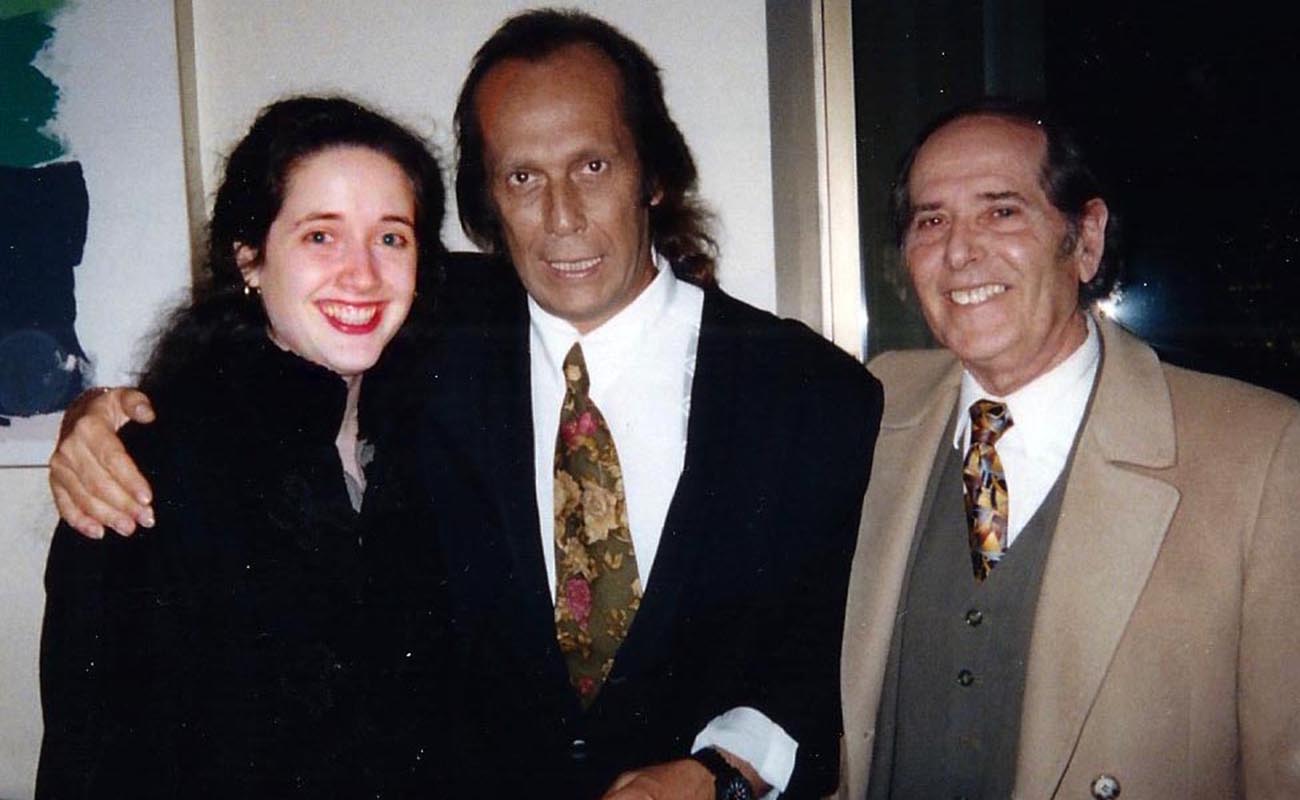 In the same conversation, Domingo recalled preparations for the debut with another anecdote:

One day we were rehearsing with the company for the Carnegie Hall debut, and I went up to her and asked “Carmen, when do you and I rehearse?” She answered “Look, you just sing some soleá, then seguiriyas and we’ll end with alegrias, and I’ll dance to your singing”. When we finally debuted and I saw her with that guitarist by the name of Sabicas who was by my side, a genius of flamenco guitar, and she came straight at me when I began the soleá, I was in such a panic my eyes were crossed, it was like one of Pablo Romero’s bulls coming at you, enough to shake anyone, and she was so intense, I gave everything I had that night, to the utmost limits of my abilities, I gave absolutely everything.

The subsequent tour of the United States, Canada and Latin America maintained an intense schedule for three and a half years, ending in August of 1958.

Domingo Alvarado also shared the stage with maestro Manuel Morao, and in later years I would occasionally act as liaison between the two, relaying their warm regards and mutual respect.

During Paco de Lucía’s first trip to New York with the José Greco company, Mario Escudero took the boy under his wing.  Mario’s close friend Domingo would chaperone Paco around the city, and he always recalled how Paco, on the way back to his hotel after the famous first encounter with Sabicas, couldn’t stop exclaiming “he doesn’t miss a single note…not one!”

Domingo’s sister, Mercedes, was known as a fine singer of saetas (Holy Week songs), his wife Silvia was a flamenco dancer and his daughter, Trini Alvarado, is an actress featured in films with Mel Gibson, Diane Keaton and other major stars.

Domingo made several full-length recordings, both alone and with Sabicas and Carmen Amaya.  The one shown at the head of this article with guitarist Rogelio Reguera, includes an ample repertoire that reflected his knowledge of cante: fandangos de Huelva, malagueña, villancicos, mirabrá, soleá, romeras, rumba, martinete, petenera, bulerías and tientos.

Domingo Alvarado’s life spanned from January 28, 1930 to January 15, 2015.  He was a kind and gracious man, well-loved by the flamenco community, and a good friend. 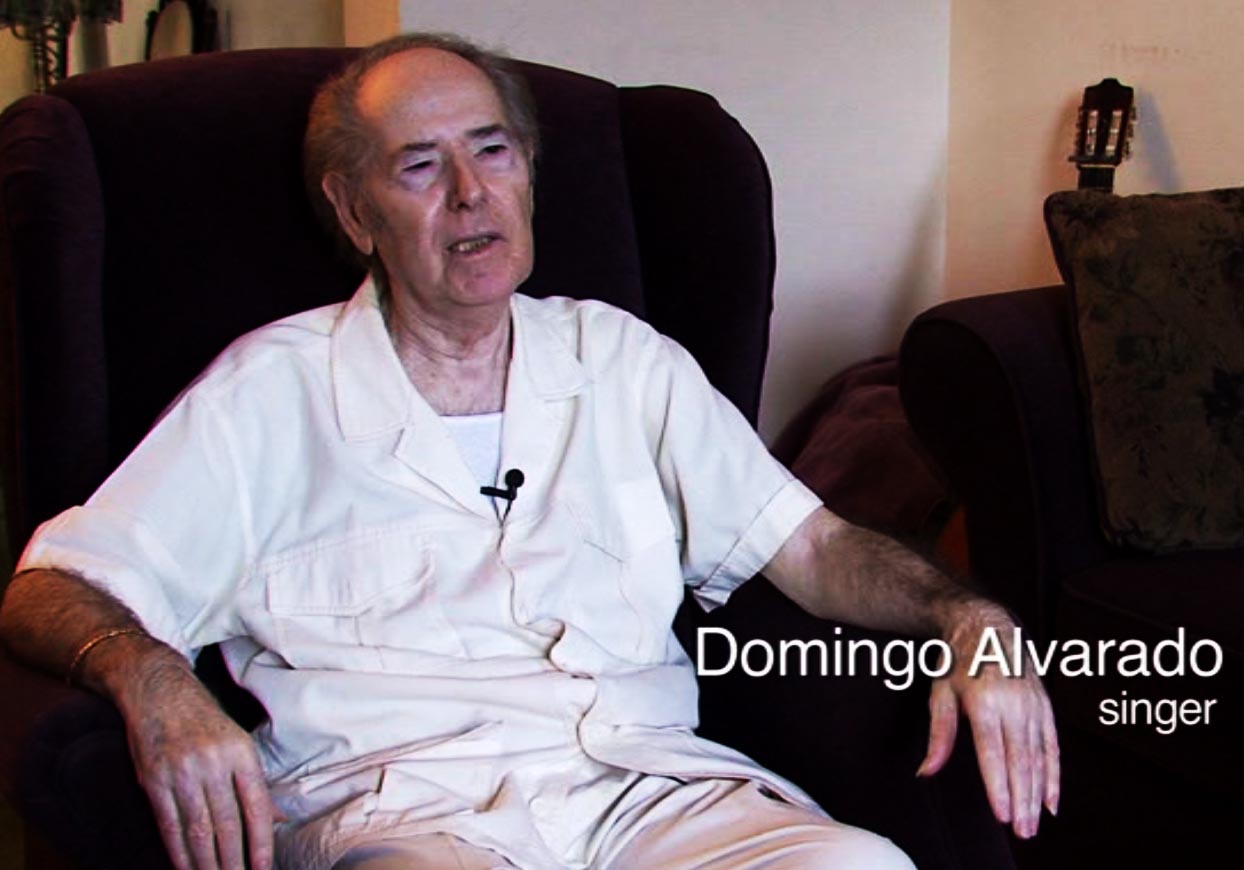 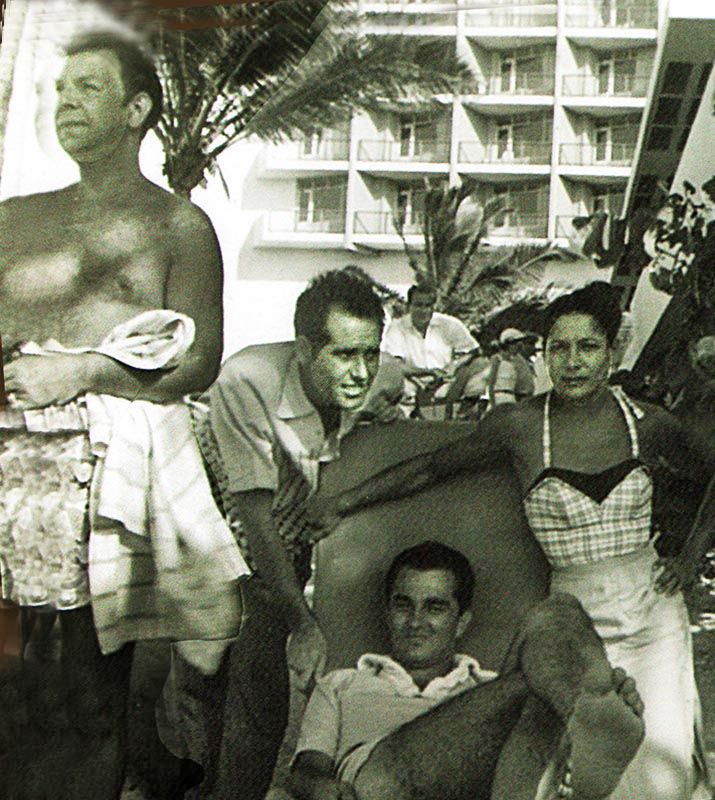 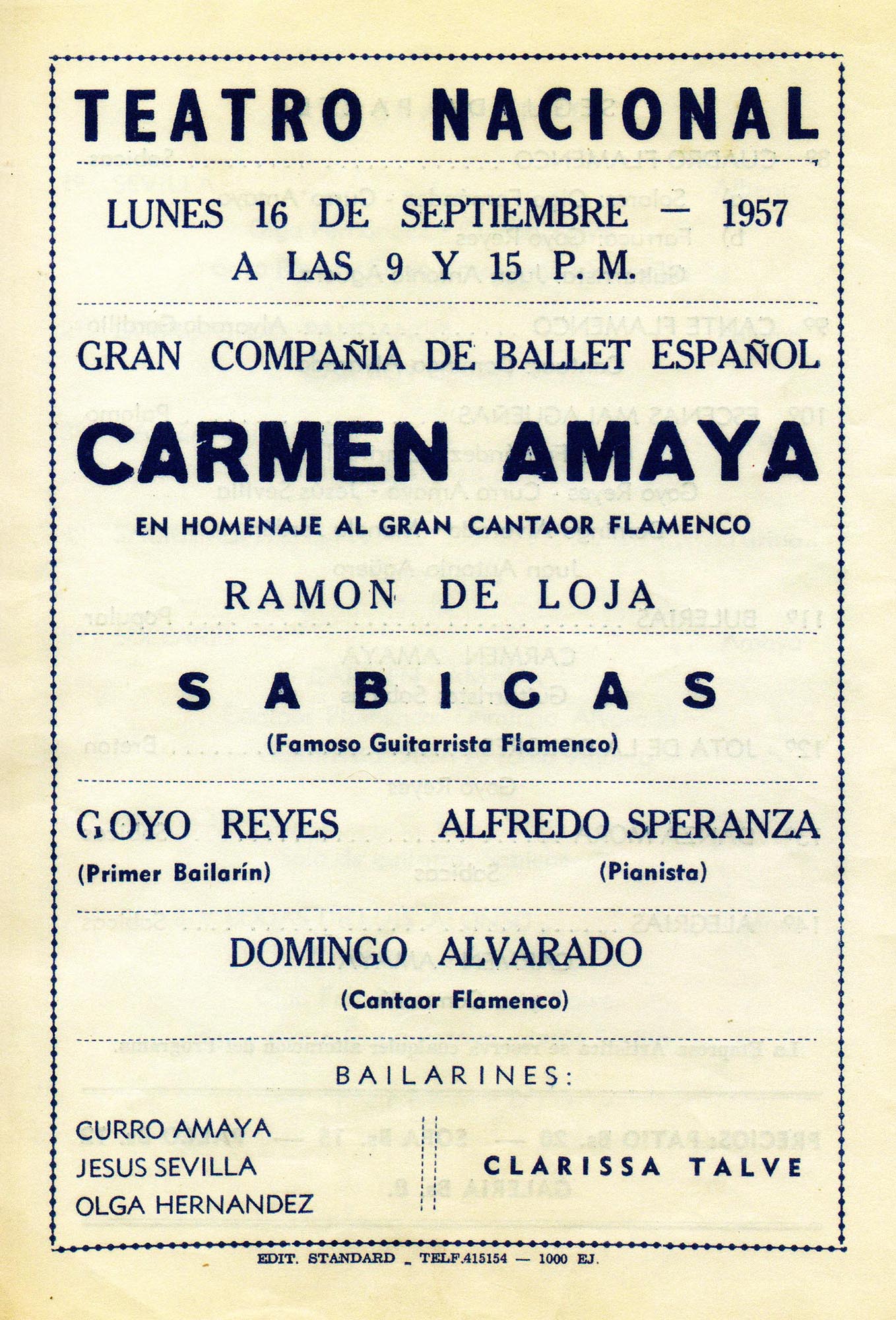