Festeros, the flamenco dancing that didn’t come from Paris

If in the first half of the twentieth century the fandango was the centerpiece of the flamenco repertoire, no one can deny that since the nineteen-eighties, bulerias, with all its variants, has become the focus of flamenco gatherings. 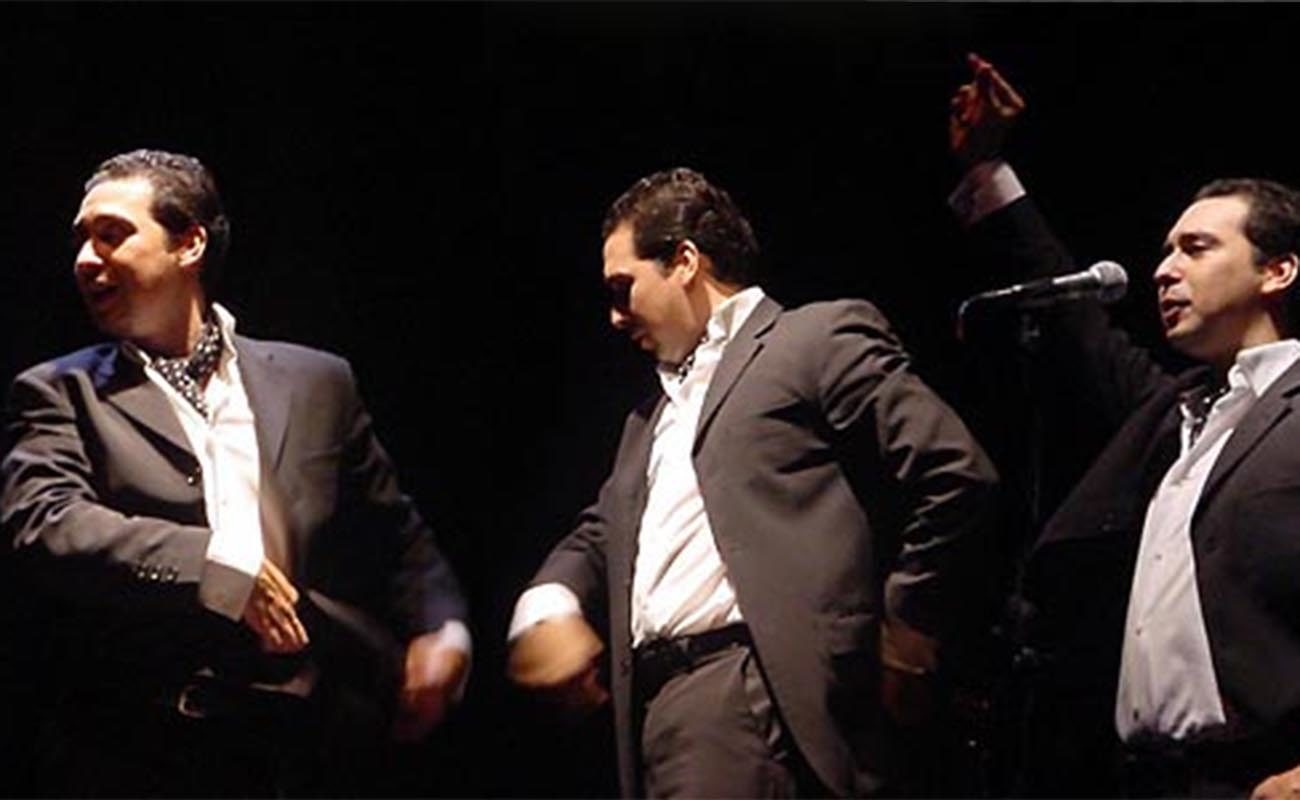 There’s something about bulerías that makes flamenco interpreters, professional or otherwise, singers, guitarists and also “serious” dancers, want to jump up and dance. I don’t know for sure, but I think this is relatively uncommon in other genres. Plácido Domingo was versatile enough to sing popular music with John Denver, but did he ever dance? Does Julio Iglesias wrap up his concerts with improvised dancing? For that matter, does Rosalía have a pataíta (bulerías dance bit)?

If in the first half of the twentieth century the fandango was the centerpiece of the flamenco repertoire, no one can deny that since the nineteen-eighties, bulerias, with all its variants, has become the focus of flamenco gatherings. The rumba catalana enjoyed a relatively brief reign before bulerías took over, and now, por fiesta has come to mean just that, a freewheeling improvised moment when anyone can take a crack at showing off their creativity within the liberating confines of the rhythm or compás that carries, inspires and delights us all.

I know what you’re all thinking: she lives in Jerez, what else is new? But long before settling in this self-styled flamenco mecca, the relaxed Seville compás of Lebrija, Utrera and Morón was pushing my mental buttons.

The Festival de Jerez just wrapped up its 23rd edition.  We saw some brilliant artists and great shows. But I can’t stop longing for the kind of effervescent improvised flamenco that seduced me in the first place so many years ago. Particularly the kind of artfully impish dancing that comes out at bulerías moments.

The great fiesta dancer and singer Anzonini del Puerto once told me that the best bulerías dancer is the one who moves the least. Fifty years ago I wasn’t sure what he meant, but now I know he was describing the elegant subtle dancing that comes from perfectly internalized compás.  Oldtimers will remember his fake pirhouettes dancedwith a single twirling finger.

Paco Valdepeñas was another of the greats with his jacket pulled off one shoulder and all the swagger he was capable of. Miguel Funi from Lebrija is probably the best-known fiesta dancer/singer, with his white scarf and minimalist posing. Another beloved veteran is the quirky Antonio el Marsellés, laidback flamenco wit and grace personified.  Surprisingly, the normally sedate singer Diego Clavel from La Puebla de Cazalla has a delightful dance style that recalls the folky jokey rag-doll moves of country people you’d never expect to see coming from him. Young Javier Heredia brilliantly captures the fiesta style of his father’s generation.

Morón de la Frontera has given us the great Andorrano and his nephew, Pepe Torres, not to mention Manolito Flores with his understated style that he says to have learned from his family.  From Utrera, the amazing Enrique Montoya and the talented Luis Marquesito among others.

Great singers and guitarists have been great bulerías dancers, or even started out as dancers, notably Terremoto de Jerez, Juan Habichuela and José Mercé as well as the highly original and terminally flamenco Tomasito. Going just a little further back, we have the legendary singer Juan Mojama who was also known as a fine dancer: Antonio Mairena was said to have reproduced many of Mojama’s moves.  And let’s not leave out the beloved José Vargas “El Mono” who raised the art of the festero to unprecedented heights or José Jiménez Bobote who says more with a single movement of the hip than many of the artists for whom he does backup.

So so many, and so underestimated… From Jerez, El Zorri, El Gran Roqui and Juanenri and the lovable Bo, in addition to our very own Juan Garrido here at Expoflamenco with his traditional moves. And let’s not forget the Pañero brothers from Algeciras, Perico and José.

Pantomime has always been an important element in these dance bits: pretending to pick fruit and put it in an imaginary basket, crossing oneself as if praying (Carmen Amaya used to ham this up with her eyes crossed), cradling a baby, bouncing an imaginary ball (El Zorri’s specialty which the late Manolo Soler also pulled off), jumping rope, hiking up the back of the shirt collar as if being thrown out by a bouncer, dusting off the shoes or getting jostled on a bus, the famous routine of La Coreana from Málaga that was later spectacularly developed by Fina Ortega. 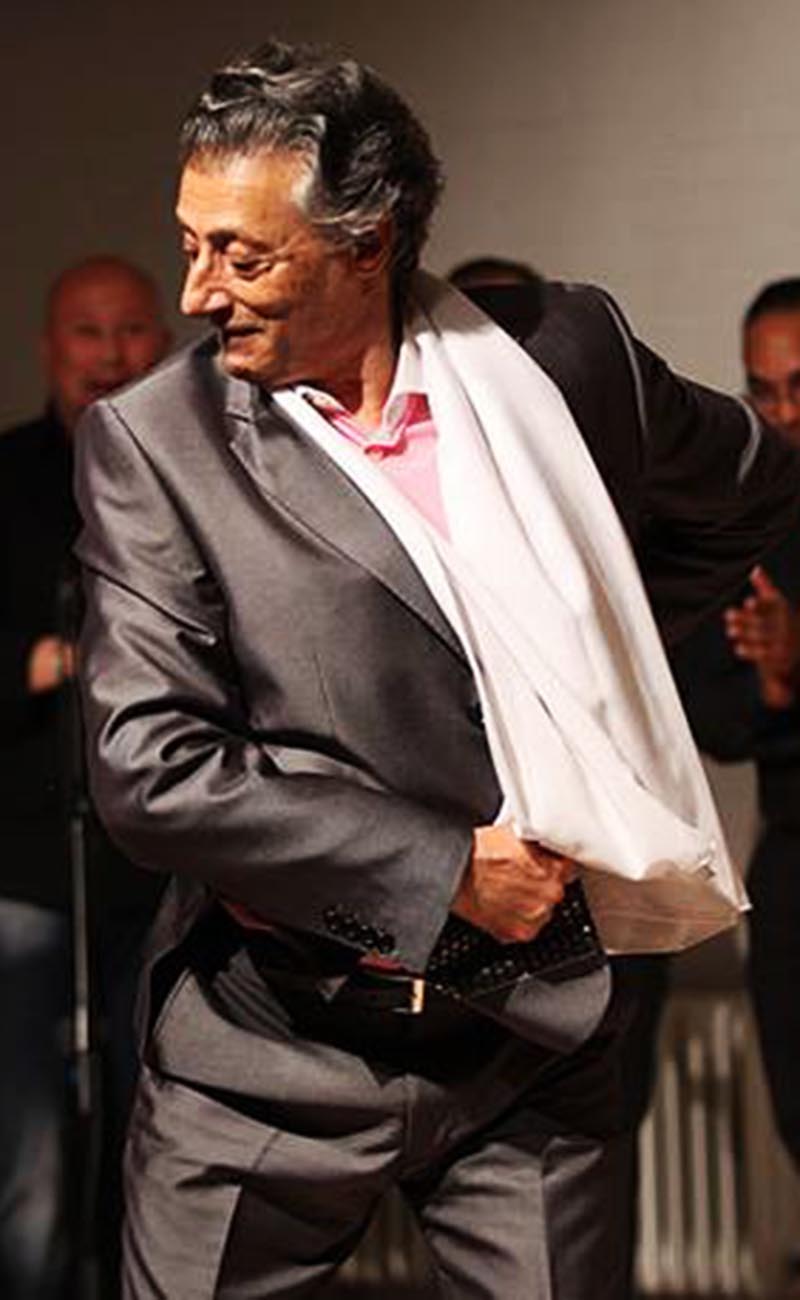