It’s surprising how many flamenco fans cherish the conceit that flamenco is somehow “above” music, on a more elevated plane. A superior form of expression that defies transcription. 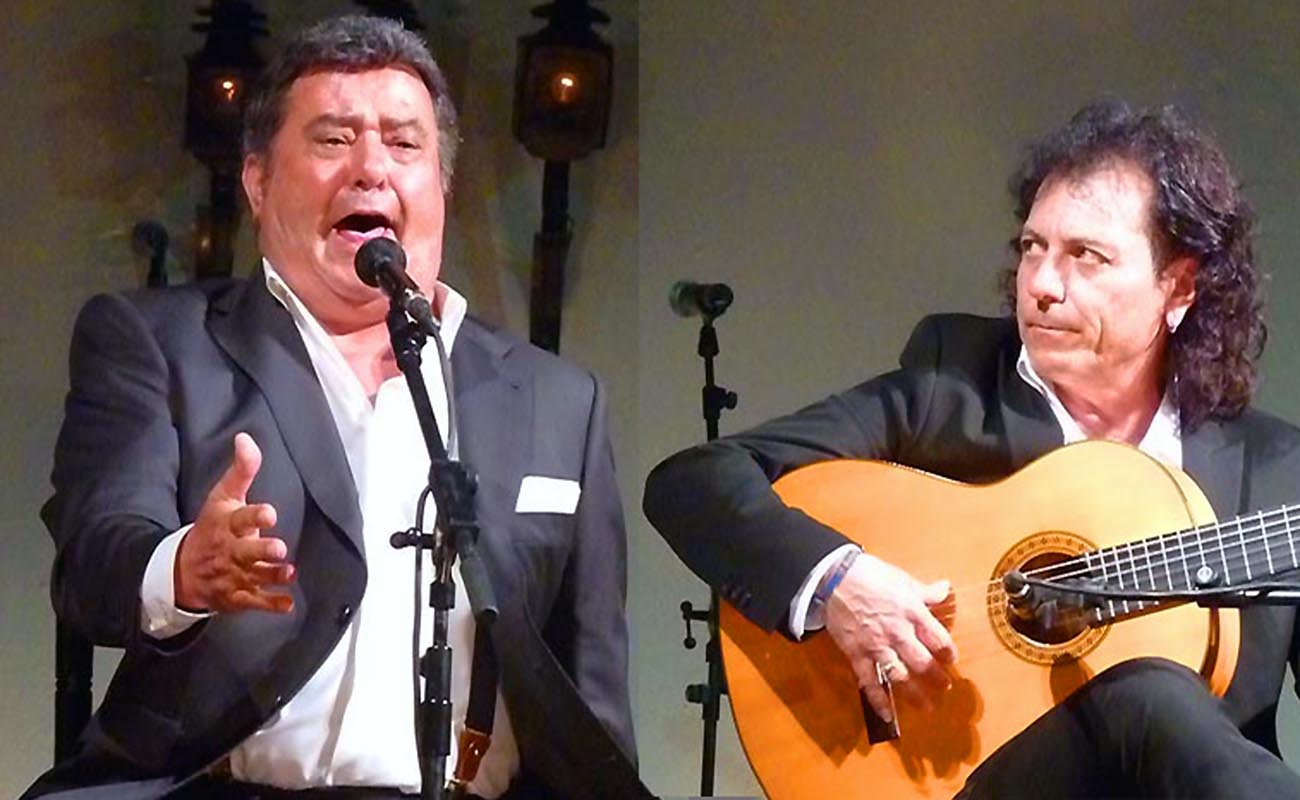 That may sound like a frivolous question, and I can just see Faustino, our maestro musicologist throwing his arms up in the air right now. But it’s surprising how many flamenco fans cherish the conceit that flamenco is somehow “above” music, on a more elevated plane. A superior form of expression that defies transcription. The old chestnut continues to surface, that flamenco “cannot fit on a musical staff”, a poetic metaphor that some romantics choose to take literally.

Flamenco music is singing and guitar (in addition to other instruments occasionally included…violin, flute, bass, etc.), as well as percussive combinations executed by dancers and percussionists.  All these elements can more or less be represented graphically, even despite a certain degree of improvisation encouraged by the nature of flamenco itself.

For guitarists, written music (including the alternate systems of tablature or cifra) can be an important learning tool. After guitar classes with Mario Escudero, on the train-ride home I used to study his notes before the audio memory faded. Mario didn’t write music in the most conventional way, but certainly enough to reinforce the memory.  Hence, the number one function of written music is to document the actual notes.  Never, in any genre, flamenco or otherwise, does having a transcription in front you translate into a meaningful interpretation, not even in carefully annotated classical work with verbal instructions (allegro, andante, etc.)  In the absence of person-to-person transmission, which is far less common in today’s world, written music takes on an important role in flamenco guitar.  Dimension is added to an interpretation when the musician following a written piece gives a Jerez spin, or a Paco sound, perhaps a little Granada feeling, or Morón or original expression. The way a guitarist makes contact with the strings with either hand, the phrasing, the technique (picado, arpeggio, etc.) at a given moment…these are nuances supplied by the artist which enrich the end result. But clearly, if you provide an accurate transcription of Paco or Sabicas to a guitarist who knows flamenco and reads music, that person will sound flamenco, each one coloring the result with his or her personality.  We shouldn’t expect more than that from a musical transcription.

Notes in reference to dance are much less common or standardized.  I recall the well-meaning veteran dancer I met at the original Amor de Dios studios in Madrid in the 1970s who never quite understood the function of numbers in dance, and thought you were supposed to keep counting to the end of a given phrase or step…13, 14, 15…whatever was required, an exercise in futility.  Dance lends itself best to video recordings.

Flamenco singing is much more complicated to represent graphically.  How can a “primal scream” be committed to paper with all its fractioned beats, sliding notes and richness of nuance, not to mention the diversity of individual vocal placement? And how many ways are there to count siguiriyas? Or more to the point:  why would a singer ever want or need to count siguiriyas? The rich ebb and flow of the voice weaving artfully through the rhythmic itinerary, gives us the thrills and chills that make flamenco so special.

Written notes for flamenco song-forms, can lay out the difference between diverse styles of soleá, siguiriya and other “palos”.  However, what begins as a handy short-cut for the apprentice singer, may end up being an annoying crutch that must be resisted in moments of inspiration when the interpreter specifically wishes to follow his or her instincts and deviate from the transcription.  At best, it seems appropriate to transcribe the main (unadorned) notes and the resolution of each phrase, leaving air-space for the singer to move freely between those points.  Not having the precise notes of a given musical piece will inevitably lead to greater creativity and individuality, encouraging the interpreter to express his or her own personality, while preserving the original intent.

The experimental work of contemporary non-flamenco composers such as John Cage (devoted to the exploration of sound, bird-calls, insect chirping, pressure-cookers hissing, etc.)  following written instructions, is accepted as valid. Surely the sublime music of flamenco can also be represented for current and future generations of followers. 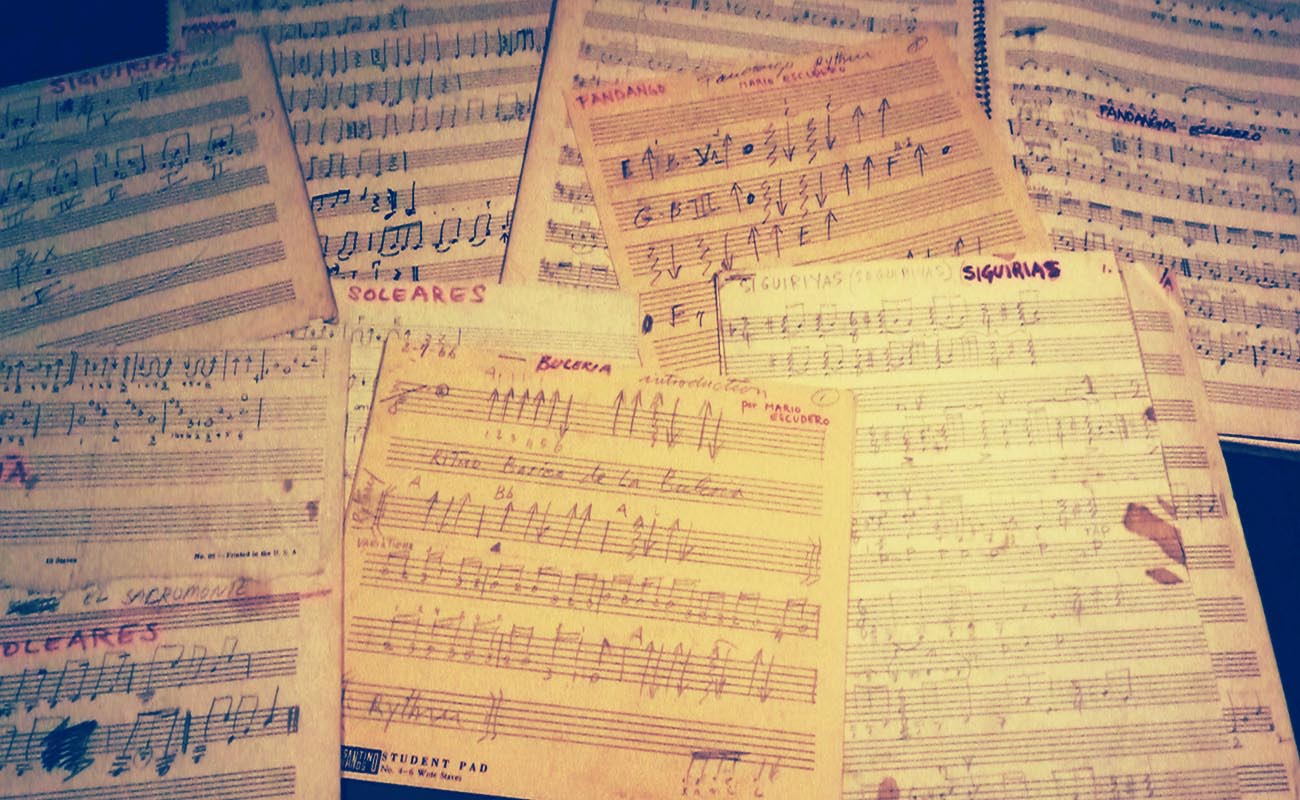