It’s open season folks. The municipal government of Jerez de la Frontera has, for the second consecutive year, deemed it necessary to regulate, program and authorize –or not– the numerous zambombas that year after year have been proliferating in the streets. 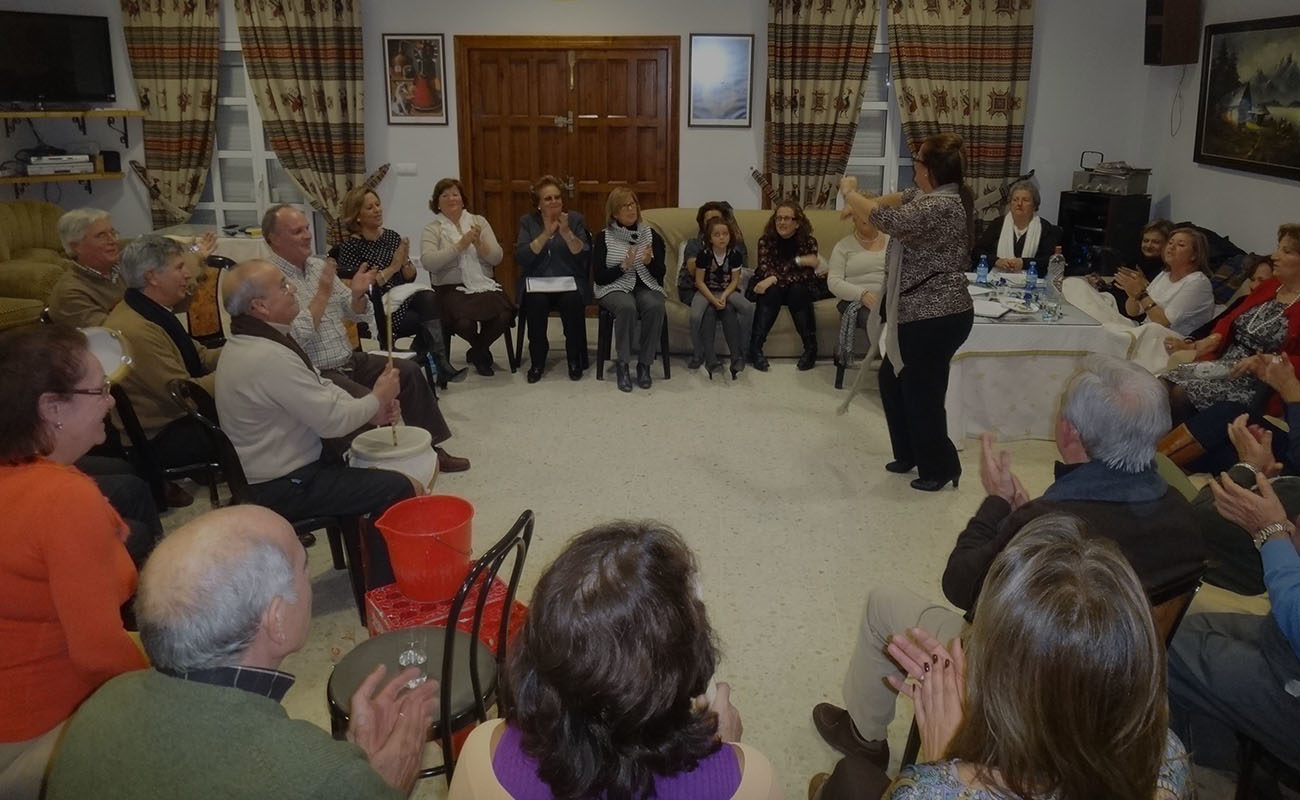 It’s open season folks. The municipal government of Jerez de la Frontera has, for the second consecutive year, deemed it necessary to regulate, program and authorize –or not– the numerous zambombas that year after year have been proliferating in the streets, cafeterias, schools, civic associations and other venues, both public and private, of this city so steeped in tradition. The city of flamenco, wine and horses (you gotta love the combination), has managed to resuscitate a folk tradition that about forty years ago had nearly died out. And it has not only resuscitated, but become a social phenomenon.

Unless you’re a Jerez native, you’re probably trying to figure out what that first paragraph was all about. Specifically, isn’t a “zambomba” a percussive folk instrument people make at home with some kind of membrane stretched over a drum-shaped thing that produces a sort of funky silly sound when a stick is moved up and down through a hole in the membrane? The answer is “yes”. However, in Jerez, any gathering, organized or otherwise, indoors or out, where Christmas songs are sung, is also called a “zambomba”, regardless of whether the instrument of the same name is employed.

Some 40 years ago in Spain, in the month of December, people would sing and listen to relatively contemporary traditional holiday songs: Christmas carols called villancicos, the most popular probably being “Los Peces en el Río” [the fish in the river] and “Ya Vienen los Reyes Magos” [the three Wise Men are coming]. But numerous older folkloric villancicos, which had been sung for centuries, were becoming extinct. Since around the 1400s in the southern and central parts of the Iberian peninsula, as well as in Portugal and Extremadura, these traditional songs had been circulating. They were not specifically associated with Christmas until the 16th century. And it wasn’t until the 19th century in Andalusia, and in particular in the area of Trebujena, Jerez de la Frontera, Arcos de la Frontera and Medina Sidonia, that villancicos were developed and cultivated with a certain flamenco sound.

Fast forward to the 1970s when Jerez guitarist Manuel Parrilla took note of the gradual loss of this cultural heritage, and went from house to house, as well as residences for the elderly, recording remnants of Christmas songs. In the words of Parrilla:

“We picked up the legacy, it was very hard, we went to old folks’ homes to talk to these people. It was a big problem…when Christmas was over, they couldn’t remember the songs”.

The project became known, and soon the Caja de Ahorros de Jerez published a now legendary collection of nearly 30 records documenting this traditional music that was in danger of being lost forever. The recordings became so popular, people began to learn the songs which took on new popularity, and the modern “zambomba” was created, including the primitive villancicos from the recordings, as well as more contemporary compositions, and Christmas-themed verses sung to the standard rhythms and musical scales of flamenco, especially bulerías and tangos, by artists such as Paquera de Jerez and Manuel Soto “Sordera” among others.

The words of music historian Juan Pedro Aladro make a fine epilogue and summary of this cultural phenomenon: “The zambomba wasn’t flamenco, but it evolved into flamenco thanks to Parrilla and Gerardo Núñez, who was second guitarist. Manolo was the perfect vehicle, a great musician, and the novelty of adding guitar gave a whole new dimension. […] Everyone thought this was a gypsy thing, but no…it was traditional Andalusian folk music, a non-gypsy celebration that was adopted and adapted”.