Once you’ve given your life over to flamenco, you spend the rest of your days chasing after gatherings to find people similarly possessed with whom to share what ethnomusicologists dispassionately call a “ritual”. 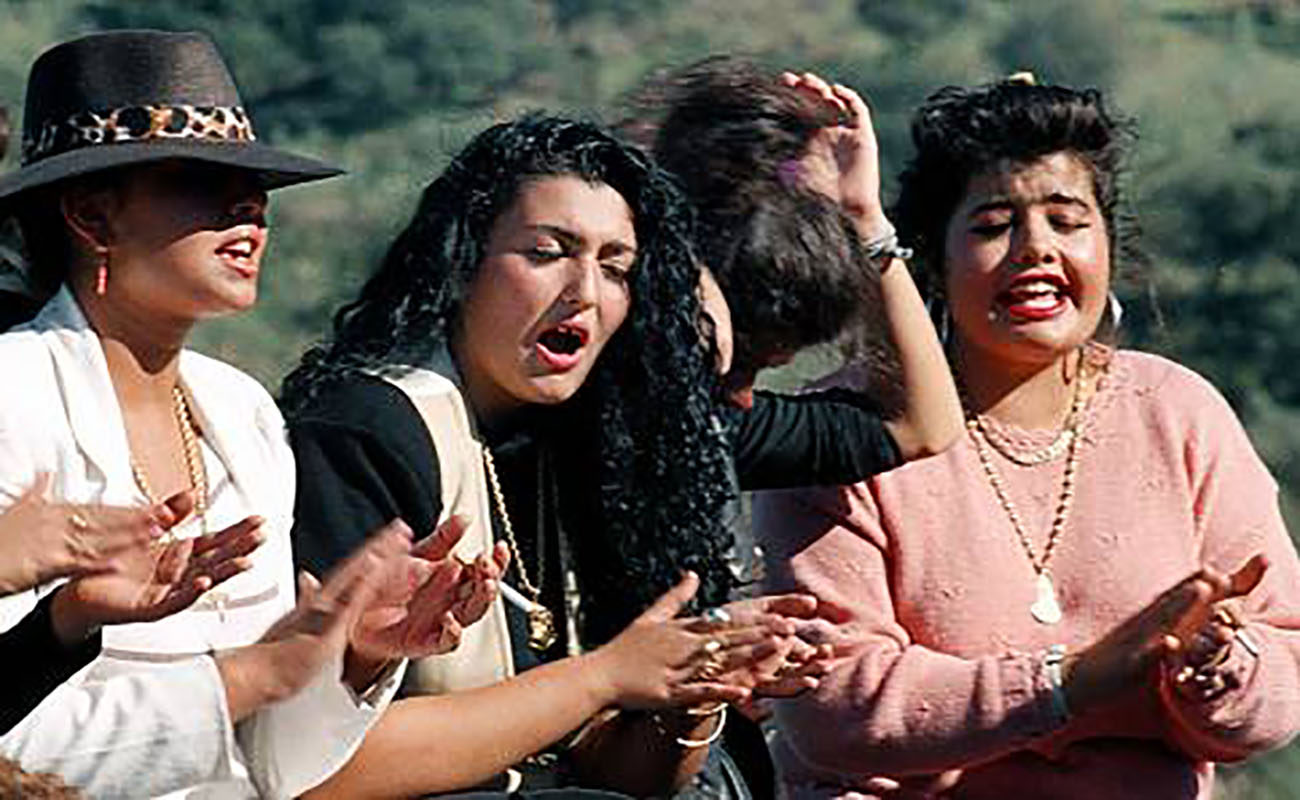 Once you’ve given your life over to flamenco, you spend the rest of your days chasing after gatherings to find people similarly possessed with whom to share what ethnomusicologists dispassionately call a “ritual”. You go to the Seville fair…but you’re looking for flamenco…your friend’s wedding…but you’re only interested in the flamenco that will inevitably follow…an invitation to drinks at the neighbors, but you’re hoping they’ll roll up the rug for a fiesta…

So, when my friends in Utrera informed me one night many years ago as we were falling asleep in front of the TV that we’d be going to a “romería” (pilgrimage) in Extremadura the following morning, we all knew the true objective was to find the flamenco. And in this case there was no question it would be found: “You’re going to see more gypsies all gathered in one place than you ever imagined!” said Nicanor. I usually avoid conversations that relate race and music…I just don’t see the logic…but my ears perked up: if my friends were willing to drive 170 kms. to Fregenal de la Sierra to the Sanctuary of the Virgen de los Remedios, there had to be a reason. A good flamenco reason. There are many romerías in Spain, but none like this. No ruffled dresses here, no sevillanas or fandangos. No one dresses up to be flamenco. These are people who live flamenco every day, and visiting the Virgin the last Sunday of October each year was an important part of the process.

No one slept that night, we had to leave for Fregenal early in the morning to attend the mass, pay our respects to the Virgin and enjoy the singing and dancing that would fill the rest of the day. My dear friend Mercedes set about preparing potato omelettes and breaded chicken for the trip; three cars-full of people, about a dozen adults and children.

When we got to Fregenal, the road-sign at the entrance to town said we were 160 kms. from Huelva, 100 from Badajoz and 120 from Seville. It was nine o´clock Sunday morning, the end of October, and the town was asleep. We still had 8 kms. to reach the sanctuary, and many pilgrims were doing that final stretch barefoot or on their knees. I saw several people placing small mats in front of each movement of each knee of their loved ones to make the trip easier, but even so there were pained faces, tears and some blood. My friends assured me that open wounds would immediately heal upon seeing the Virgin.

We got to the end of the road and as we pulled over a hill, a large sprawling valley lay before us. It appeared to be full of white poppies, but as we drew closer I realized the white shapes were the trailers and tents of people who had spent the night in the field. The morning air was cold…our breath was visible. We parked our van, set up camp and boiled water to make “café de olla”, ground coffee steeped in hot water that we shared with strangers, as well as homemade aguardiente that was passed around; bread with lard and sugar completed the breakfast. By mid-morning when the sun, the coffee and the alcohol had warmed us up, we lined up to enter the sanctuary to pay our respects to the Virgin and touch her clothing. The walls at the entrance were covered with canes, wheelchairs and crutches no longer needed thanks to attributed miracles.

Well-known people used to show up in the heyday of the 1970s: the Marqués de Porrinas with his numerous family including Ramón el Portugués and Guadiana, also Marelu, the Montoyas with Lole and Manuel, La Negra, Remedios Amaya, el Indio Gitano…on at least one occasion, Camarón… In more recent years it was a fine treat to see La Kaíta with her searing voice in the center of a large circle in front of the sanctuary.

By late morning, there were small circles of singing and dancing every few steps…the unmistakable haunting sound of Extremadura immediately recognizable in tangos, jaleos and bulerías. There’s something magical about dancing and making music in an open field among weeds and bushes.

There was always a strong evangelical presence focused on Camarón. The singer’s image was everywhere on banners, stickers, plastic medals and cups of refreshments to accompany roasted sardines sold at improvised stands along the way to the sanctuary.

For lunch we grilled meat and passed a wineskin, and the fiesta became more intense…laughter, dancing…more singing… All afternoon until small bonfires were lit throughout the field to receive the first chill of the evening before heading home.

I just read that this year is officially the 49th Romería de la Virgen de los Remedios (although the tradition goes back further), but I won’t be going. My admired friend, the brilliant musician and composer Paco Suárez of Badajoz recently confirmed what I’d heard from other sources, that attendance has dwindled considerably in recent years, only a few hundred people congregate to visit the sanctuary, the magic has dissipated and a beautiful cultural tradition is racing towards extinction.