With the good weather, comes fair time. And fairs in Spain mean sevillanas. 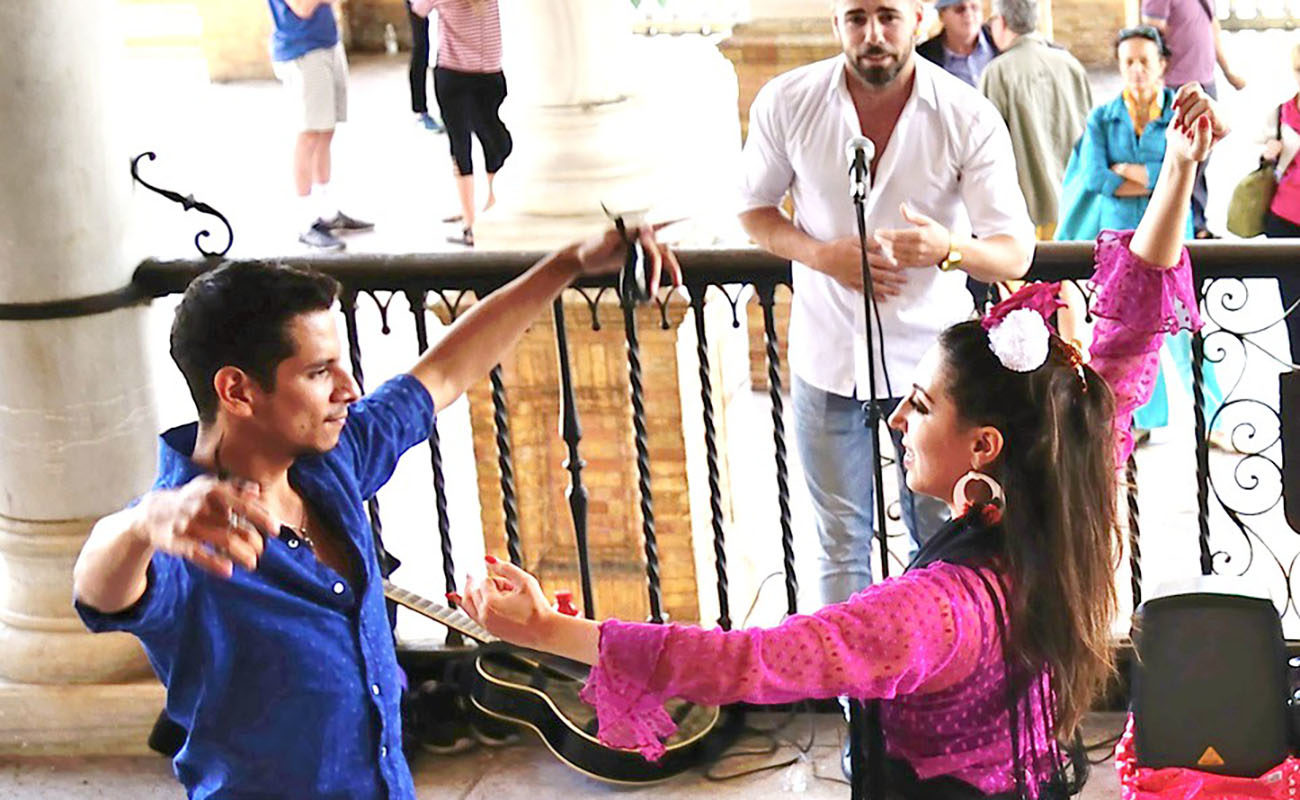 With the good weather, comes fair time. And fairs in Spain mean sevillanas. For much of the world’s population, including many flamenco followers from abroad, sevillanas are seen as flamenco.

However, it’s more like a folk form on its way to possibly becoming flamenco one day. The choral nature of most of the singing, the set choreography of the dance executed in couples and which evolved from seguidillas (not to be confused with seguiriyas), the musicality and other characteristics, are markers that tell us that despite the obvious cohabitation with flamenco, sevillanas continues to be a folkloric form. And yet…

Nearly everyone except the most rigid flamenco fans or snobs will admit to enjoying sevillanas, especially during fair-time. After all, flamenco does embrace other folkloric elements such as verdiales or abandolao forms and fandangos de Huelva. Pretty women in frilly dresses and handsome men who lose their inhibitions to dance sevillanas with their ladies…it’s a rite of spring hard to resist. In Jerez de la Frontera, we just had the Feria del Caballo as it’s called, and each year locals grumble that there’s far more sevillanas than bulerías.

As early as 1910 la Niña de los Peines had recorded sevillanas accompanied by Ramón Montoya, and in later years as well, but this did not play a part in the renaissance that took place decades later. In the nineteen-sixties, sevillanas had been circulating for a very long time, but hadn’t achieved the extreme popularity we see today. Some fifty years ago, the Hermanos Toronjo made one of the first recordings of the new wave of sevillanas, and shortly afterwards came the Hermanos Reyes, and a major social phenomenon was born. In those early years, during the April fair, as new sevillanas were churned out each day, street hawkers would sell bulletins with the latest verses hot off the press.

Initially, sevillanas were in major or minor key, but as they proliferated, there were no longer any limits. The musical sophistication, orchestral accompaniment and harmonized voices caused sevillanas to lose much of their primitive charm, and a slick silky sound became the norm. Los Amigos de Gines, formed in 1969, were among the first groups of four male voices, and in 1975 they went on to record one of the best-known sevillanas of all time: “Algo se muere en el alma cuando un amigo se va” (known as El Adiós). More groups of 4 or 5 male voices appeared such as Los Marismeños, Los Romeros de La Puebla, Ecos de las Marismas, Cantores de Híspalis, Sal Marina and many others. The sevillanas corraleras of Lebrija sung in large groups, and the well-known chorus Raya Real have preserved a straightforward folk sound.

Sevillanas would eventually become so popular, traditional flamenco singers had no reservations about recording them, most notably Camarón, Turronero and Chiquetete, whose “Mis dos Amores” is a delight. Generally speaking, solo sevillanas singers offer more sophisticated interpretations than groups since they enjoy greater freedom of expression, which could actually be the most important difference between flamenco and folklore. My all-time favorites are Paco Palacios “El Pali”, whose verses depict his memories and impressions of Seville, and Romero San Juan whose exquisite “Pasa la Vida” has been versioned by other groups, although none produced anything as moving as the original. Other interesting solo singers of sevillanas include Manuel Sánchez Pernía with his rich flamenco voice, and Rafael del Estad, whose music is so sweetly beautiful, it seems a shame to dance to it.

And of course we mustn’t forget the women who eventually joined in as well: soloists such as María de la Colina and María del Monte, the duo Las Carlotas and the trio Vuelo Blanco among others are noteworthy. 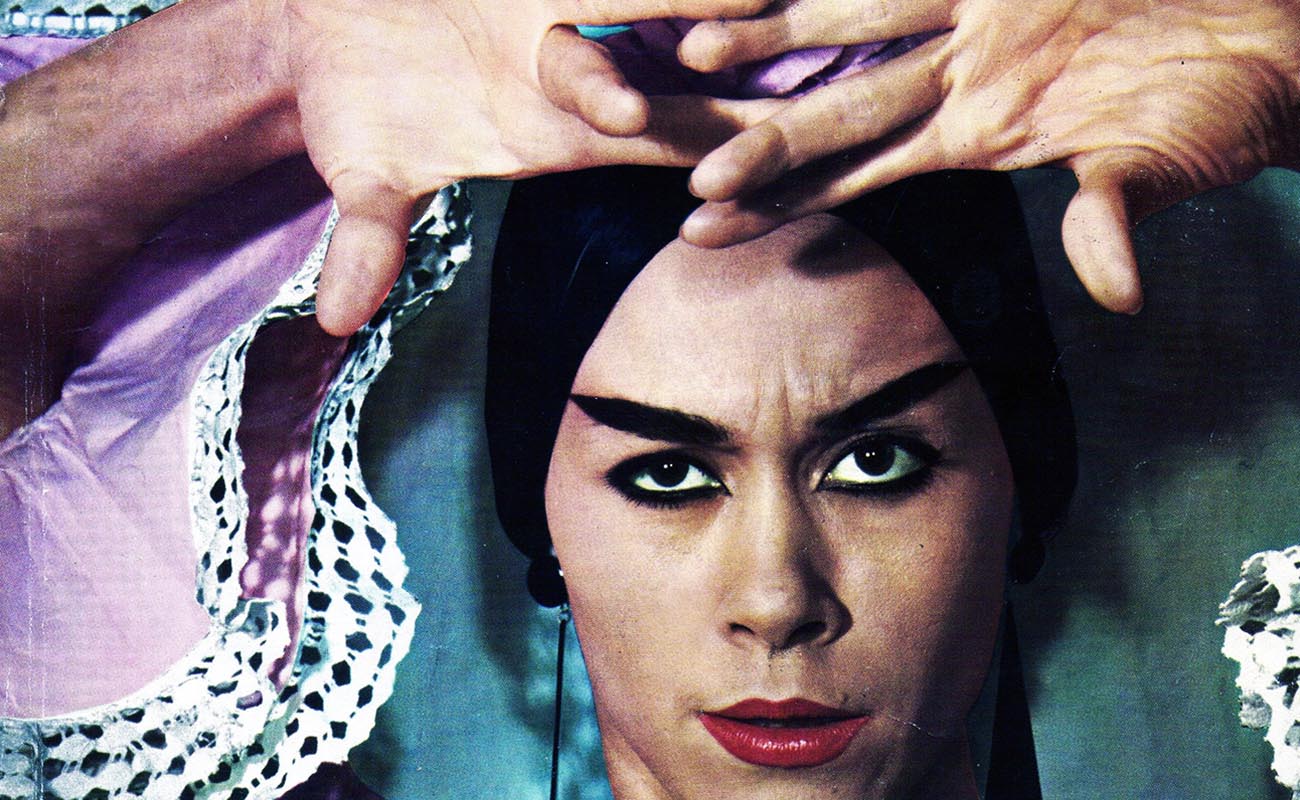 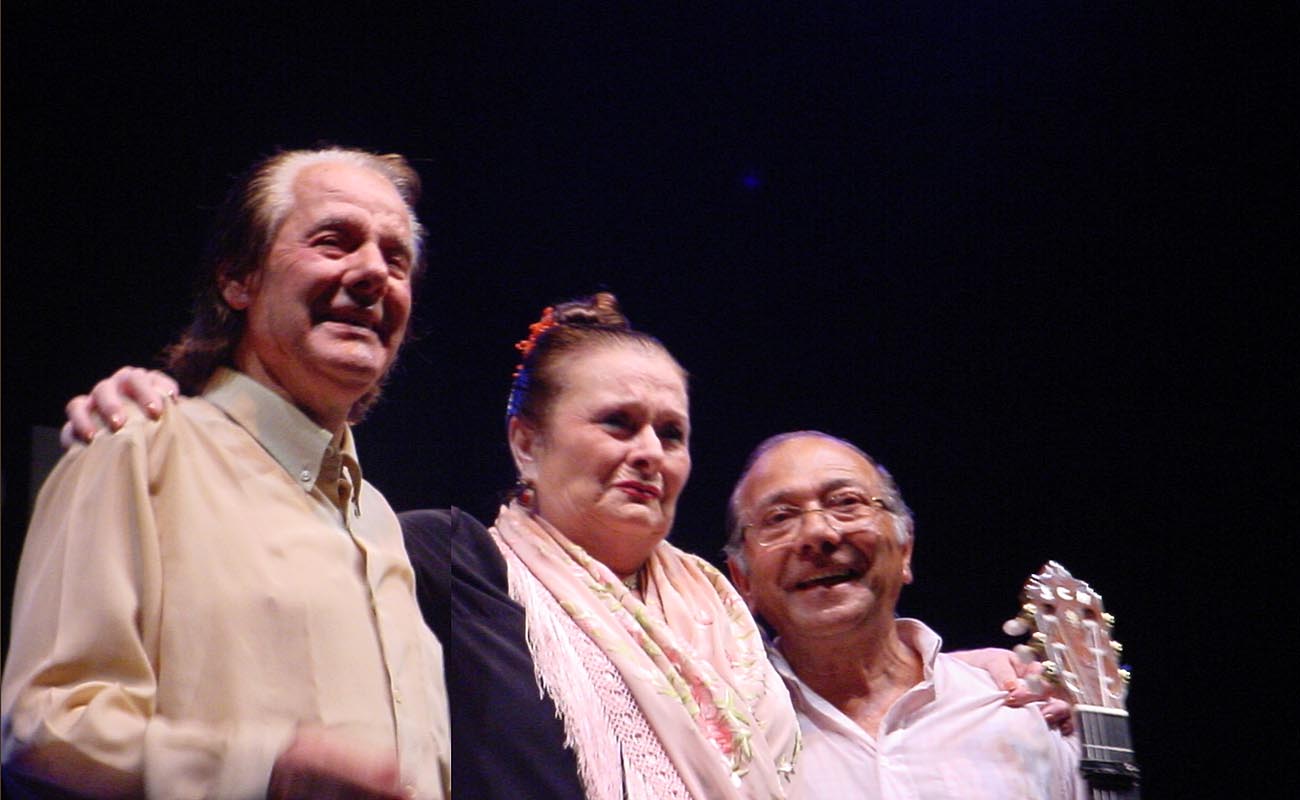