Without a doubt, one of the most delightful episodes is the one which aired October 29th, 1973, exactly 46 years ago, devoted to child interpreters. Not the neighbor’s cutesy kids, but talented emerging artists, diamonds in the rough who would grow up to become accomplished professionals. 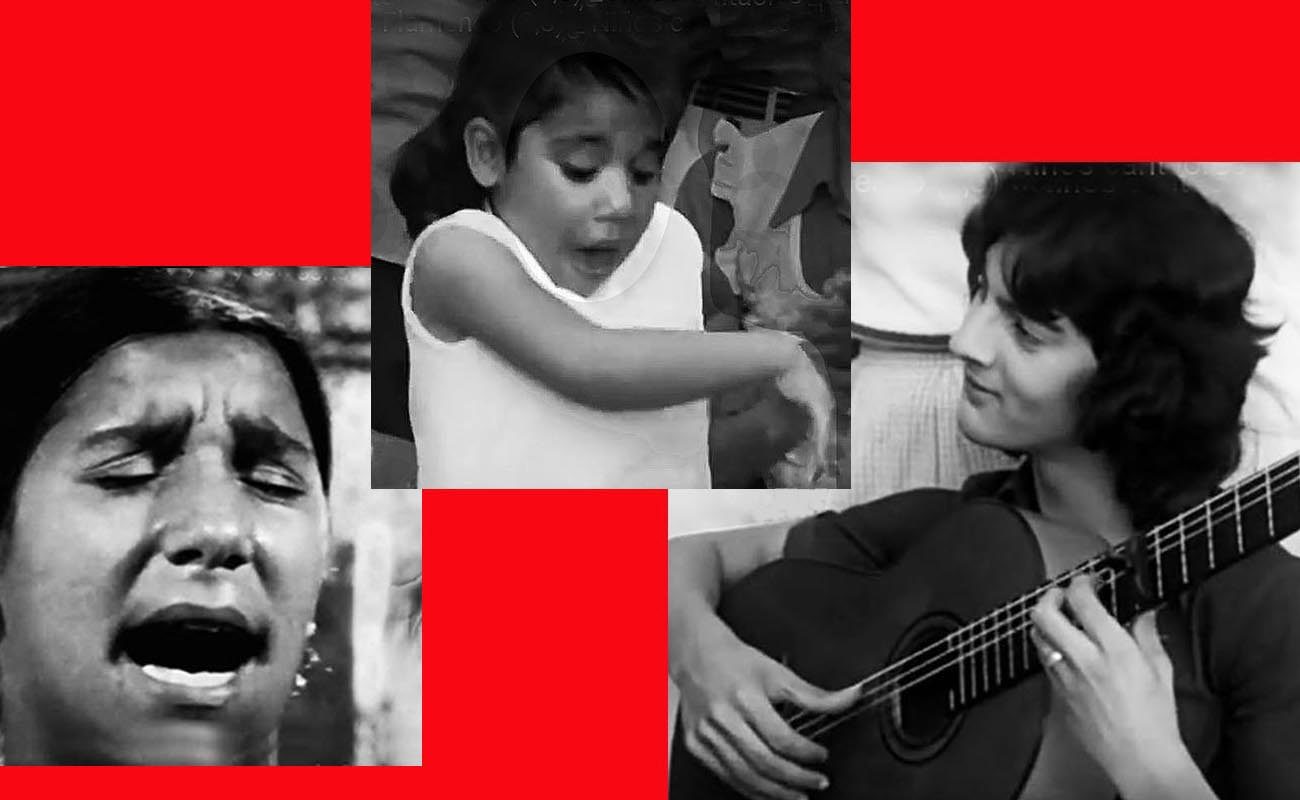 All of us aging flamenco obsessives know the great TV documentary series for which we are eternally grateful to that journalist, poet, flamencologist and good friend from Arcos de la Frontera, José María Velázquez-Gaztelu and his team. Rito y Geografía del Cante is an amazing journey through the most relevant flamenco zones of the mid-twentieth century, featuring noteworthy professional and amateur interpreters, keepers of the genre this project was struggling to preserve.

Without a doubt, one of the most delightful episodes is the one which aired October 29th, 1973, exactly 46 years ago, devoted to child interpreters. Not the neighbor’s cutesy kids, but talented emerging artists, diamonds in the rough who would grow up to become accomplished professionals.

I was able to watch the weekly episodes of the series on the TV set at Casa Pepe in Morón when they were first aired in 1971-73.  After the series was cancelled, the many reels of taped programs were slated for erasure and re-use, and we nearly lost this cultural treasure. That disaster was just barely averted thanks to a costly private initiative, and now many legendary singers of the last century can be heard and seen in natural surroundings by flamenco fans who weren’t even born yet when the series was filmed. The material becomes more valuable with every passing day.

The above-mentioned episode begins with a group of children singing sevillanas in the street, then a sevillanas dance class.  Suddenly, we see an adolescent Moraíto, one of the few youngsters featured who has since died, and way too soon. He’s playing siguiriyas to accompany the gut-wrenching singing of Antonio de la Malena, an eleven-year-old with the angst of someone much older. Both boys are from Jerez.  It’s chilling to think that one so young could understand and transmit such pain through the power of flamenco singing.  Today Antonio’s excellent voice accompanies the dancing of María del Mar Moreno, his son, Malena hijo, is a fine guitarist and his daughter Zaira recently won the flamenco singing contest of the Bienal de Cante de Jerez.

Next up is Carmelilla Montoya of the great Montoya family that brought informal fiesta flamenco to the stage. Her mother Carmen Montoya looks on proudly as Carmelilla sings and dances bulerías, then joins forces with Remedios Amaya –both girls are eleven or twelve– for more bulerías in the contemporary vein, while an eleven-year old Bobote –that’s right, Bobote, the same one whose rhythm and personality liven up many groups– dances with his unmistakable style, as well as El Bollito hijo. Remedios already had a powerful presence, and projects as if she were in a grand theater.

Manuel Morao and his son are featured, as well as Camarón and others. But the magical moment that melts everyone into a quivering puddle and leaves no doubt about the supreme importance of nurture over nature comes from little Macanita, just four years old, singing and dancing bulerías, reaching impossibly high notes without losing the pitch even when switching from bulería corta to song.  You just want to wrap her up and take her home. If you haven’t seen it, watch this video.