The Festival Flamenco of Nimes

A few days ago I got back from France where I attended the 28th edition of the Nimes Flamenco Festival held each year in January. 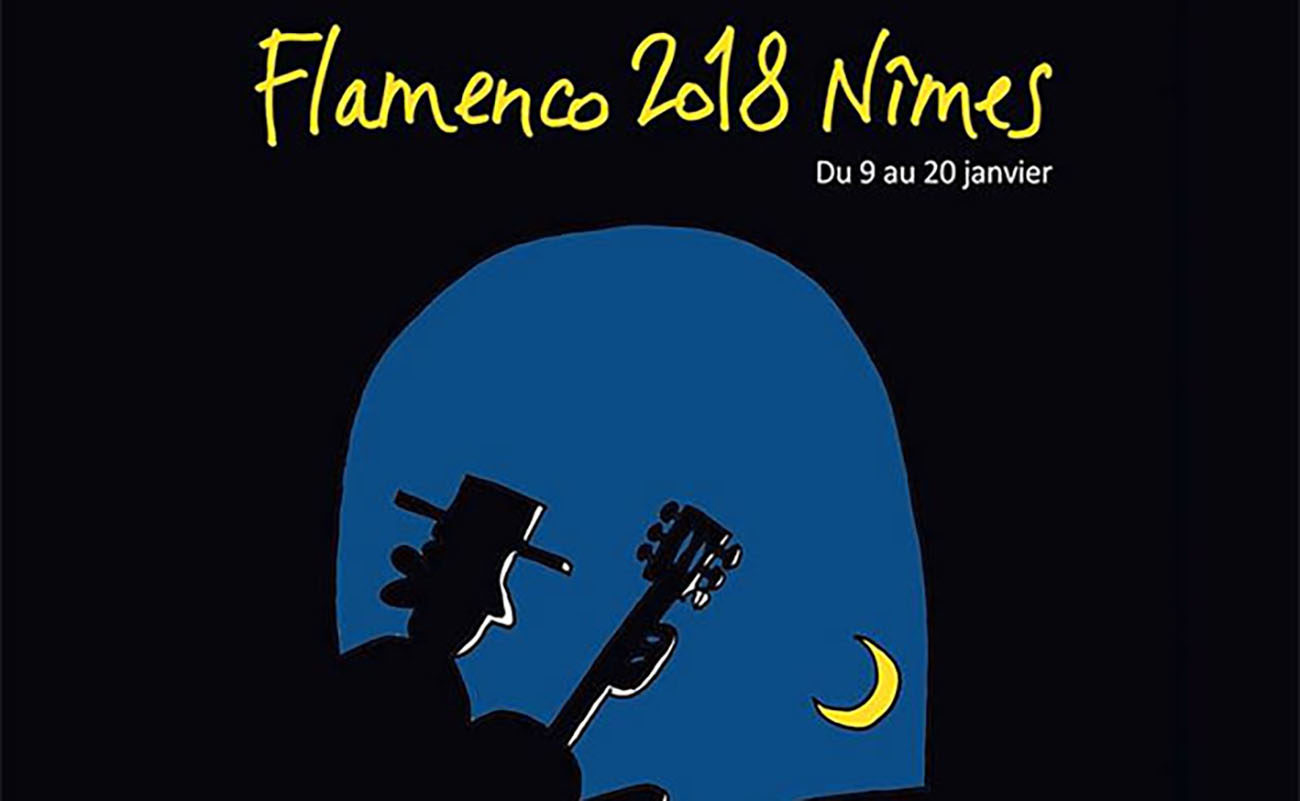 A few days ago I got back from France where I attended the 28th edition of the Nimes Flamenco Festival held each year in January. While I haven’t exactly been witness to the evolution of this event from it’s youth to it’s definitive status as one of the great flamenco festivals of the world, having seen fourteen editions out of 28 since the event was founded goes a long way to understanding the project, and the French people’s fascination with culture south of the Pyrenees.

The city itself is historically rich, with a Roman amphitheater dating from 27 B.C., and still in use for bullfights (take note), and a beautifully preserved Roman temple, among other monuments.

As long ago as the 17th century, Spanish painters such as Velazquez, El Greco and Murillo were highly regarded in France, and by the 18th, the cultural give and take between France and Spain was paving the way for what would become early flamenco dance. In the middle of the 19th century, the concept of the Spanish femme fatale came into focus in the imagination of Frenchman Prosper Mérimée, author of “Carmen”, and some years later, French traveler-journalist Charles Davillier wrote his amazing travelogue, Voyage en Espagne, with the rich illustrations of Gustave Doré depicting typical scenes of Spain, including dancing, singing and guitar-playing.

This long infatuation with Spain, combined with France’s cultural awareness and appreciation of avant-garde manifestations (take note of that French adjective which has become a part of the English language), leads naturally to the unquestionable relevance of the two-week long Nimes Flamenco Festival. Flamenco seems like a natural part of the landscape in Nimes. Thanks to the many artists from Jerez who have performed at the event, the city is affectionately called “the Jerez of the north”, and in fact, Diego Carrasco and Tomasito, both from Jerez, were presented with the keys to the city some years back.

The program always features an outstanding selection of traditional and contemporary flamenco – it would be hard to name any major flamenco artist who has not performed at this festival – in addition to a wide variety of parallel activities. This year, the contemporary perspective was brilliantly covered by Andrés Marín with his urban conceptual “Don Quixote”, and Israel Galván’s most recent work “La Fiesta”. Although I wasn’t able to attend Marín’s work, I heard very good things about it. Galván’s creation, turned out to be one of his most interesting… and controversial. The man who riled flamenco fans years ago when he danced in a coffin, or with his show about the Holocaust, found new ways to tip over the gameboard. “La Fiesta”, a playful title that led some unprepared theater-goers to think they were in for a fine flamenco time, is like a glimpse into a mental institution where each individual works out his or her private bugaboos in a number of ways, including the now-famous segment where Niño de Elche drops his pants and pretends to defecate, or gives an equally surprising simulation of giving birth. Almost no conventional flamenco; only a few brief spurts and false starts to reference the target. Galván’s shows need to be seen, not described.

Rafael Riqueni gave a spectacular guitar concert, and classic flamenco singing throughout the rest of the week was offered in a classy recital by Jerez singer David Carpio with the excellent collaboration of dancer Manuel Liñán, guitarist Manuel Valencia and bassist, Pablo Martín. Also from Jerez, singer Luis Moneo shared a recital with Antonio Reyes from Chiclana, two very different styles of singing that complemented each other well. Mari Peña from Utrera presented pieces from her new record in a full concert at the Nimes theater with her husband Antonio Moya on guitar, and dancer Carmen Ledesma, in addition to violinist (Faiçal Kourrich), pianist (Pedro Ricardo Miño) and palmeros (Rocío del Turronero and Juan Amaya).

Other noteworthy performances were those of dancer David Coria, singers Pepe de Pura and Fabiola and the presentation of a large group from Extremadura, a flamenco region that has found a friendly space in Nimes.