Tourism may or may not perk up for the 2021 season, but it’s doubtful we’ll see a return of the tablao era as it existed before COVID 19. Certainly, flamenco will not disappear. What may dry up however is the livelihood it has generated for so many fine artists over the years. 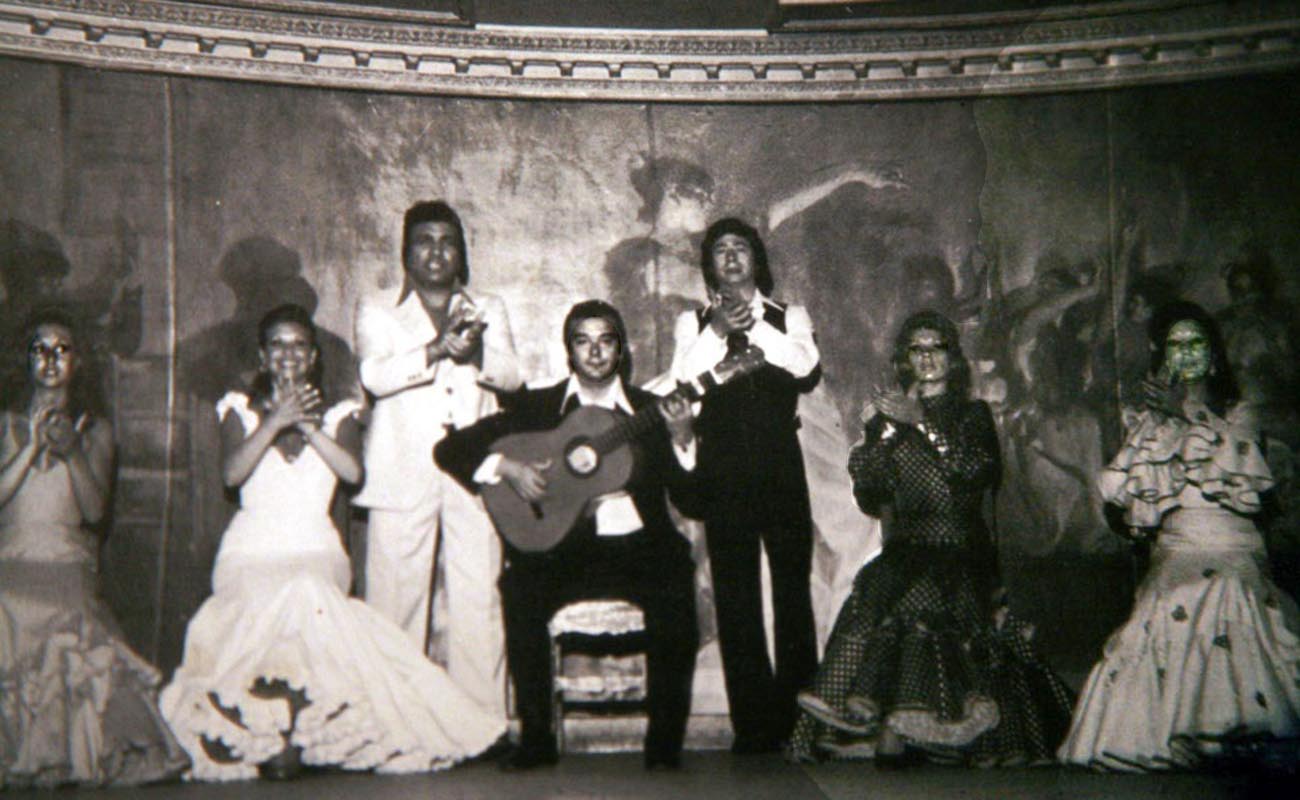 No one ever thought it could happen. Who could imagine such a thing? Flamenco followers and interpreters are witnessing a terrible painful blow to the art-form, and to the careers of hundreds of young people poised to assume their hard-earned positions in ambitious projects. We look on helplessly, in disbelief, as Spain’s tablaos falter and tumble, one after another, like a house of cards.

I remember 60 years ago when the tourist boom was quickly gathering momentum, and pundits warned that it was folly to prop up the tourist sector when Spain had no industrial base. Back then, I didn’t even know what that meant, and ingenuously thought flamenco was so wonderful, no one could want to see this beautiful country of orange groves and olive trees, potted geraniums, brave bulls and aromatic wines marred with ugly factories and smokestacks. Never mind that the “España es Diferente” campaign was so successful in drawing tourists, that uncontrolled construction soon clogged the coastline with rows of tall white matchboxes we called urbanizations to house visitors, both from abroad and from the country’s interior. British Fun Pubs were the order of the day, and flamenco was an important part of the mix.

In Madrid a few years earlier, in 1956, Manuel del Rey fulfilled his dream of establishing a venue to see high-quality flamenco in a setting reminiscent of the café cantante era that spanned approximately from the end of the 19th century to the early part of the 20th. At the present time, Corral de la Morería is the best-known and longest running tablao in the world.

According to recent statistics from Antfes, the Asociación Nacional de Tablaos Flamencos de España, tablaos have provided employment for 90% of current flamenco artists. I remember there being as many as a dozen tablaos in Madrid in the 1970’s. The birth of the modern tablao format coincided with the first anthology of flamenco singing (Ducretet Thomson/Hispavox), and the first summer festivals.  The winds of change were blowing strong, encouraging a kind of flamenco that would come to be known as “puro”, despite protests from the contemporary sector, more or less from Ketama to the present, inspired by Camarón and Paco, whose open approach shook flamenco out of its lethargy.

Fast-forward to 2020, and here we are all trying to figure out what “new normal” means for tablaos.  After spending a lifetime working to attract as many customers as possible, the new normal brings social distancing of 1.5 to 2 meters between people, which adds up to      lots      of      empty      space    that translates into expense and lost income for impresarios. It has yet to be seen whether artists might accept doing several shows a day in order to compensate for part of this important drawback, although I wonder what kind of atmosphere there’ll be with sparsely placed spectators deprived of the emotional complicity that results from close quarters.  Some tablao owners are requesting to be allowed to stuff more people in than allowed by social distancing guidelines. Which clearly will do no one any good.

But flamenco did not begin in the 1950s with the appearance of the first tablaos.  At all.  The genre had been cooking on the back burner for many decades, and gone through a golden age when song-forms were developed with the important intervention of Silverio Franconetti. A well-defined repertoire was laid out and given additional form by legendary creators/interpreters like Antonio Chacón, La Niña de los Peines, Enrique el Mellizo and others.

Casa Patas, Café Chinitas and Villa-Rosa where Chacón and Ramón Montoya held court nightly have been among the first establishments to go under. It was as shocking as it was heart-breaking.

Flamenco must now undergo a metamorphosis in order to survive in the commercial arena. It’s cold comfort that music and world culture in general are facing the same challenge.

We may see the return of nightclubs. Not cheesy green-light bars along the highway, but airy sophisticated establishments with elegant waiters, and attractive décor and lighting where flamenco would be a permanent fixture, along with popular singers, the occasional comedian… in other words, a partial return to the café cantante format that would increase income without sacrificing dignity. For averageg Spanish customers, this would be more interesting than an actual tablao, and would surely be well-tolerated by foreign visitors as well.

Tourism may or may not perk up for the 2021 season, but it’s doubtful we’ll see a return of the tablao era as it existed before COVID 19. Certainly, flamenco will not disappear. What may dry up however is the livelihood it has generated for so many fine artists over the years. 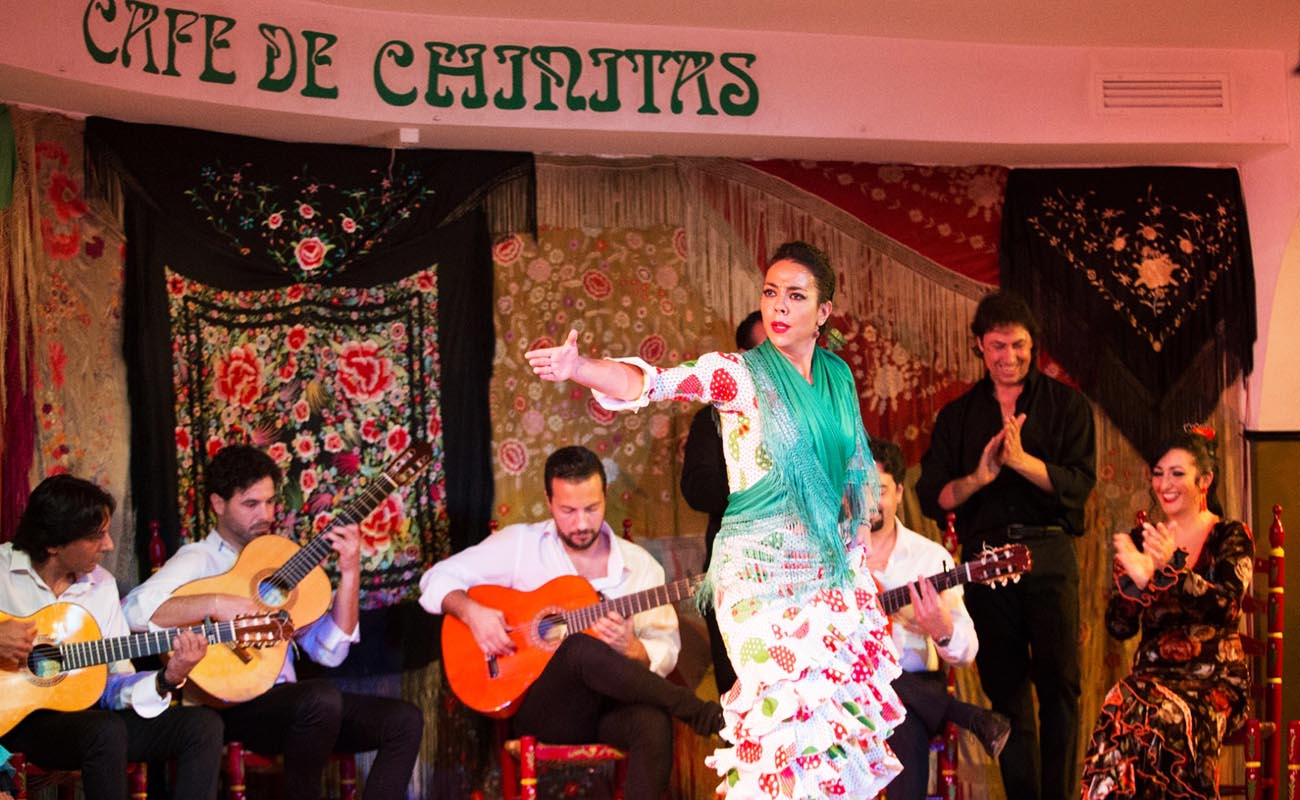