Bailaor Ken Nagata films a video of sevillanas in Japan, promoting flamenco for a new public. Over 770 people and 79 academies/ensembles all over the country contributed to his production. 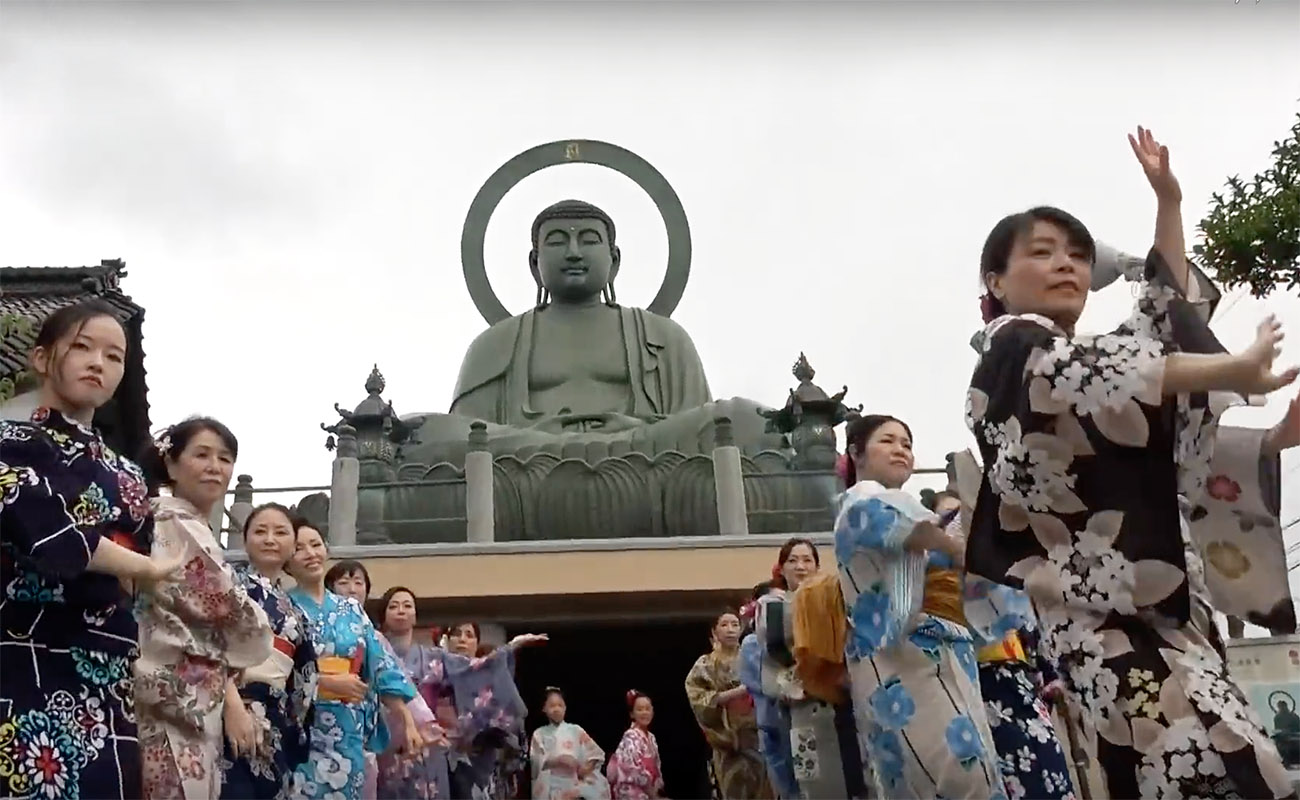 Kymono Sevillanas is the title of the video which in just ten days has been viewed by thousands of people in YouTube. His creator, Japanese bailaor Ken Nagata, states his purpose in the first few seconds of the film through short, simple text messages: «Japan has the second largest community of flamenco aficionados in the world. Yet, Japanese people don’t know true flamenco. I want them to feel intrigued about». That’s a man’s bold challenge. Making a video encompassing the whole of Japan. Flamenco in a kimono.

The video, having a length of 20 minutes, required a lot of production work: over 770 people and 79 academies/ensembles in dozens of cities all over the country. Ken Nagata gathered hundred of bailaoras and a handful of bailaores — a gender imbalance that has prevailed in Japan’s flamenco for decades — to the sound of traditional sevillanas: Mírala cara a cara, Lo traigo andando, Cantaron a la Virgen poemas… Flamenco guitars and pilgrims’ piccolos are joined by violins, taikos, Japan’s huge traditional drums, and shamisens, three-string instruments always present in Japan’s classical music. It’s the fusion, always popular with the younger audiences. The bailaoras don’t wear flamenco dresses, but kimonos. The sevillanas are not danced in pairs. These are flashmobs like those at the Bienal de Sevilla, with varying degrees of technical skill.

The video quality is excellent, and the locations are even better. From Tokyo’s Tower to the deck of a river cruise in Kanagawa. From the volcanic sand beaches of Shizuoka to the impressive Osaka Castle. Forests, parks, alleys. A wine cellar in Yamanashi. And even an Andalusian village in Mie. Everywhere: Saitama, Chiba, Aichi, Nara… Even in the wounded cities of Hiroshima y Nagasaki.

Ken Nagata is one of the few professional bailaores in Japan. He was awarded the First Prize in the 2013 Japan Flamenco Association Contest, unanimously receiving the vote of all twenty members of the jury, a first in this contest.  In 2015 he made an autobiographical film titled Heart Wash – Flamenco in the Rain, which was premiered in the Japan Expo in Paris. In 2018 he released the DVD Samurai X Flamenco, where Kan dances por alegrías and por seguiriyas.