Decades of flamenco history shine bright in France, thanks to renowned festivals such as Mont-de-Marsan and Nîmes, which have featured artists of the stature of Camarón, Paco de Lucía and Paquera de Jerez, among many others 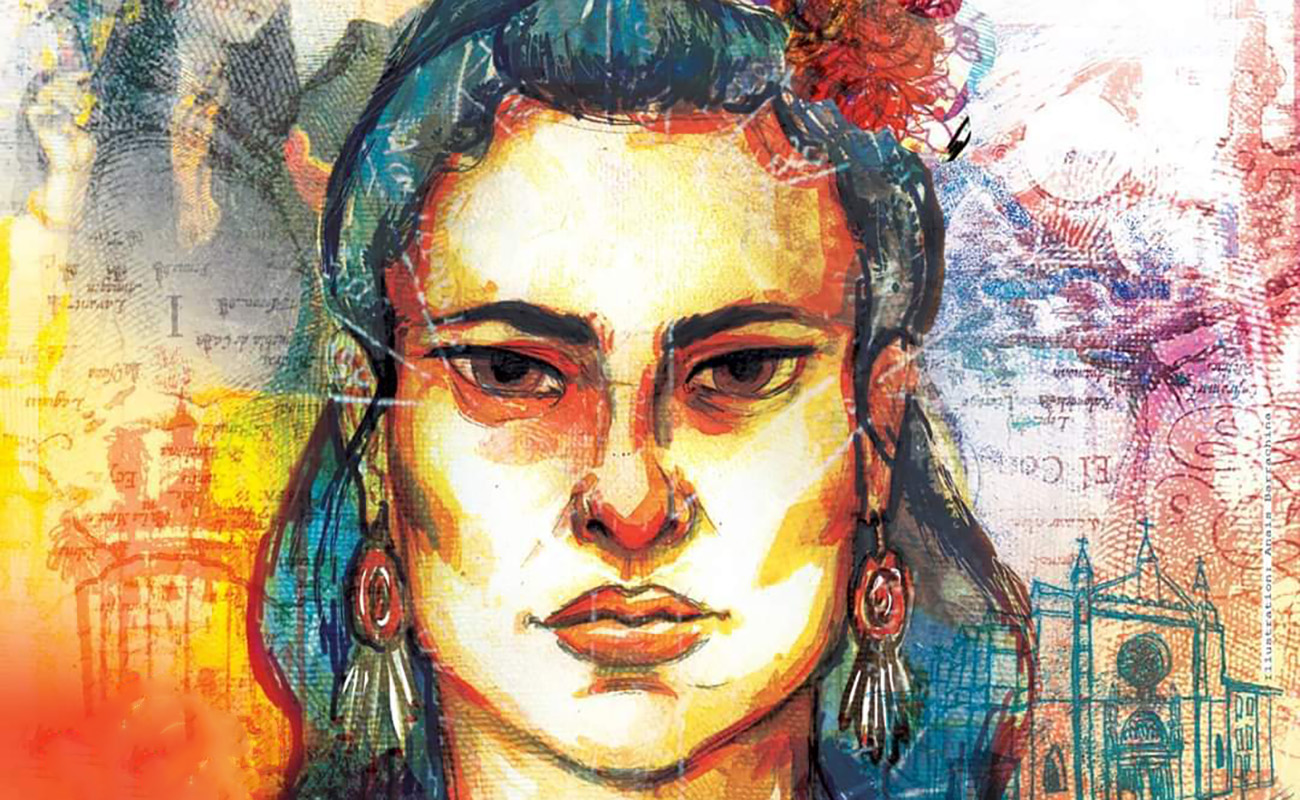 The rhythm of palmas por bulerías in a peña in Jerez de la Frontera. The soul-piercing cante in a tablao on a street in Triana. Flamenco casts a boundless, irresistible spell on all those who explore it, and that’s something that cannot be contained by any border. That’s why flamenco has been declared Intangible Cultural Heritage by UNESCO, being much more than a Spanish art form. In this article, we’ll focus on France, a country that has embraced this noble artistic genre for centuries.

Interest in flamenco has existed in France since the 18th century. Famous personalities such as Debussy, Ravel, Mérimée, Gustave Doré, Théophile Gautier and Chateaubriand had a higher regard for this cultural expression than for any other. We must also remember that many Spanish intellectuals settled in France after fleeing their country during the Spanish Civil War. From those years we have, for example, the iconic flamenco anthology published in France by Hispavox in 1954, edited by Ducretet-Thomson and directed by Jerez’s Perico el del Lunar. Ramón Montoya also recorded in France.

Yet, it was in the 20th century when flamenco spread like wildfire in France. Festivals like Mont-de-Marsan and Nîmes spearheaded this boom, having over 30 editions each. However, flamenco history in France started much earlier. Perhaps we have to go back to the 1970s, when Manolo Moreno, cantaor from Málaga, lived in Marseille. Moreno toured twice a year — in fall and in spring — and he would invite renowned artist such as Pepe Marchena, Valderrama, Rafael Farina and Gabriel Moreno, among others, to join him. He even featured an exceptional duo in 1970: Camarón de la Isla and Paco de Lucía.

«France is much more than cafes, croissants and baguettes. There’s also toque and compás. Although Nîmes and Mont-de-Marsan draw most of the attention, other cities such as Toulouse, Paris and Marseille also leave their flamenco mark»

A substantial core of Spanish immigrants were the main attendees of those events, which helped them to feel closer to their roots. Besides, Paco de Lucía and his iconic Entre dos aguas also aroused the interest of young French people who were starting to get acquainted with flamenco guitar.

It was at the end of the 20th century and beginning of the 21st when many other flamenco festivals started to be organized all over France: Bienal de París, Festival de Toulouse, Marseille’s Flamenco Azul… Yet, the list of relevant flamenco festivals is led by the two events mentioned above. Both take place every year. Mont-de-Marsan is held in July and lasts for a week. Nîmes takes place in January for two weeks, although that city experiences flamenco year-round.

Mont-de-Marsan is a small city in the Landes department in southwestern France with a population of over thirty thousand. It’s about one hundred kilometers (eighty miles) south of Bordeaux and a bit further west of Toulouse and Montpellier. Many of its inhabitants are descendants of Spanish immigrants, so it’s a veritable sanctuary for flamenco aficionados in southern France

The Landes Department had the foresight to undertake the initiative of Henri Emmanuelli and in 1989 created Arte Flamenco, the biggest flamenco festival outside Spain, held every July in Mont-de-Marsan. It’s a world-renowned event featuring top artists.

The idea of having a flamenco festival in this city was the brainchild of Antonia González, from Madrid, who took refuge in France after the Civil War and married the socialist president of the Landes General Council, Henri Emmanuelli. He asked her about ideas for cultural projects to revitalize the city.

«I suggested flamenco, because I was a flamenco aficionada, and he half-heartedly agreed», said Antonia in an interview published in the El País newspaper. «The second year we hired Camarón and I thought that was the end of it. Tomatito arrived and started playing to buy time, but José [Camarón] was nowhere to be seen. Poor Tomatito was very young and had exhausted his repertoire, so he started to repeat his pieces. We were about to cancel the whole thing. My husband went out for a smoke and said “Never again”. At that moment, a very thin man with a little suitcase showed up and Henri asked him “Who are you?”. “I’m Camarón and I came to sing for you”

The stages of Mont-de-Marsan have featured artists such as Gades, Paco de Lucía, Morente, Chano Lobato, Chocolate, Agujetas, Manolo Sanlúcar, Carmen Linares, La Paquera, Moraíto Chico and so many others. «I’ve performed here in every possible way: young and old, thin and fat», joked Diego del Morao. «I came here when I was five years old with my grandfather Farruco, I premiered Alma Vieja here and now I come with my son», recalls Farruquito, holding his son, Juan El Moreno in his arms, according to that same article.

Nîmes is the capital of the Gard department in the Occitanie region. It’s a city in southeastern France with a little over one hundred and fifty thousand inhabitants. In 2020 its festival celebrated its 30th anniversary and its stages have featured all kinds of flamenco artists and stars.

As it was rightly pointed out by Estela Zatania in one of her contributions for Expoflamenco, this long infatuation with Spain, combined with France’s cultural awareness and appreciation of avant-garde manifestations, leads naturally to the unquestionable relevance of the Nîmes Flamenco Festival . Flamenco seems like a natural part of the landscape in Nîmes. Thanks to the many artists from Jerez who have performed at the event, the city is affectionately called “the Jerez of the north”, and in fact, Diego Carrasco and Tomasito, both from Jerez, were presented with the keys to the city some years back.

The program always features an outstanding selection of traditional and contemporary flamenco – it would be hard to name any major flamenco artist who has not performed at this festival – in addition to a wide variety of parallel activities.

Tablaos and other flamenco events in France

France is much more than cafes, croissants and baguettes. There’s also toque and compás. Although Nîmes and Mont-de-Marsan draw most of the attention, other cities such as Toulouse, Paris and Marseille also leave their flamenco mark with various flamenco events and festivals for the delight of all aficionados.

Besides, France has a good selection of tablaos for the enjoyment of live flamenco, such as the famous Casa Pepe, La Maroquinerie and Le Bistrot in Paris; Movida Flamenca in Bordeaux; La Bulería in Lyon; La Meson, La Machine à Coudre and Soleá Flamenco in Marseille; El Patio in Arles; Le Théâtre du Minotaure in Béziers; Los Flamencos in Lille; Bodega Losada Don Miguel in Nîmes; Planète Andalucía in Montreuil-Sous-Bois; and ADACE in Saint-Martin-d’Hères.