Alicia Gil: «I earn my living with traditional flamenco» 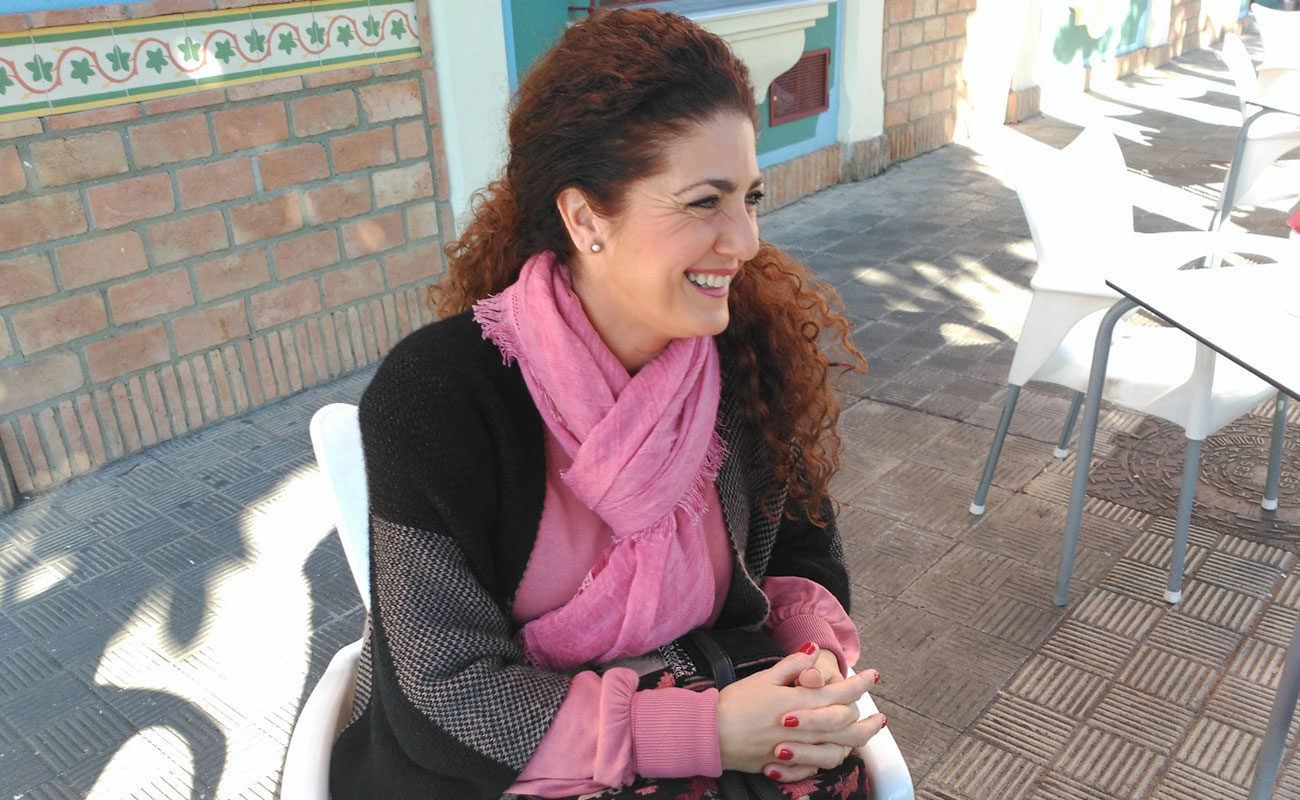 We both thought that this pub would be a quiet place at eleven in the morning, with no one ordering breakfast or beer, yet we were wrong. The place is packed. As I hurry to get my coffee by the bar, Lito (Alicia’s husband) comes to the rescue and makes room for me next to his wife, who’s been ten minutes in the patio under a spectacular December sun. “What will you have? I’d love to stay, but I got a few things to do, see you guys later”. Well, Alicia, here we are.

My name is Alicia Gil Bernabé and I am a cantaora. I’m very attached to my neighborhood. I was born in Seville on July 31st, 1974. My father is from Triana, and my mother from Tiro de Línea. I grew up in Navisa, across Polígono Sur, and I attended the Cerro del Águila school until I was seven years old. Since then, until the present day, I’ve always lived in Pino Montano, in the north of Seville.

Tell us about your show “Navidad cantaora”, performed in Seville a few weeks ago.

Yes, that was at the Remedios theater. “Navidad cantaora” is a show we’ve been performing for six years. I really wanted to produce a show about Christmas for a long time, re-enacting the atmosphere of the parties in Seville and other towns in the old days. The stage resembles a typical tenement yard in Triana, and with cante, baile and dialogs with a lot of angel, showing how we lived and shared in those days. There are also moving scenes, as we remember our grandparents, the elders, who were the ones who taught us those villancicos so popular through the ages.

You said “in the old days”. What’s happening? Is that way of celebrating Christmas becoming outdated in Seville?

Sadly, that way of celebrating Christmas no longer exists in the capital of Andalusia, unlike in other cities such as Jerez and Cádiz, where they managed to keep such traditions in much better shape than us. It’s not just Christmas, but the whole lifestyle. Times change, without a doubt. I grew up here in Pino Montano and in the block where I now live there are people that I don’t really know. However, the older people still keep that way of living as neighbors. When I visit my mother, I see that she still has the same neighbors, they still share their things as always.

Are there other cantaores in your family?

No, there aren’t other cantaores or artists in my family. My father is perhaps the most enthusiastic about flamenco among my relatives, and it’s from him whom I got the flamenco bug. He sings quite well in the style of Toronjo, at home we always listened to Paco Toronjo, for us he’s like a king. May father worked all his life for the ABC newspaper, he was a proof reader, he worked there for forty years. At home, people sing in a whisper, but I’m the only one who became a cantaora. My sisters sing quietly and clap palmas. My father sings those old Villancicos de Sevilla, those beautiful sevillanas… and the fandangos of Toronjo. Although I don’t have fandangos de Huelva in my repertoire, I admit that I love them, particularly if sung by my father or by Paco. 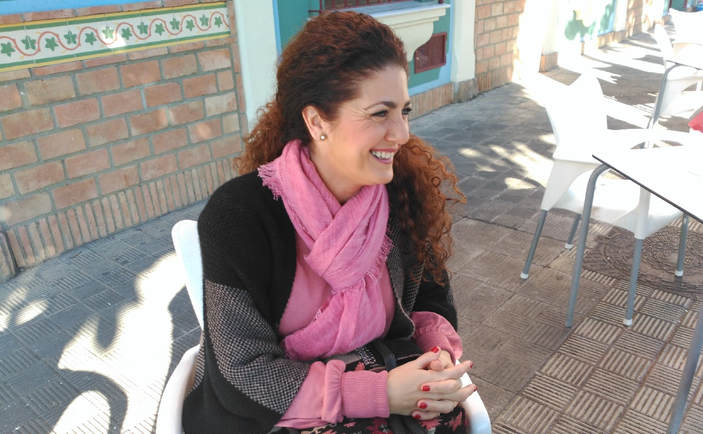 Tell us about that Corral de los Judíos (“Tenement of the Jews”) that your new CD is named after. Did you ever go there?

No, I didn’t have a chance to go there, but my father did. He talks with so much respect about his experiences there that it’s moving. When his grandmother passed away, his grandfather married María, a Gypsy who lived at Cava de Gitanos, in Triana. She was always like a real grandmother for him. He told me how they used to go there to the house of a brother of María on Holy Fridays, in the morning, and the big fuss that would come up as people waited for the procession of the Esperanza de Triana brotherhood. He talks about this with so much love and respect that it’s as if I myself had lived it. This album has a lot of this: seeing Triana through my father’s eyes.

That tenement was located on numbers 82-84 of Castilla Street, just next to Matilde Coral’s academy. When we started to promote the CD, lots of people wrote beautiful things about it in Facebook, such as Antonio Canales, who wrote a comment saying that he used to go play there when he was a kid. I realized that it has a sentimental value not just for me, but for many other people, because this tenement was quite famous in Seville, I wish one day I could sit down with all these people to hear more stories, besides those that my father told me.

The first track in this album, a bulería titled “Huele a mi agüela” (“Smells like mi grandmother”), is a pregónoriginally recited by Antonio Ortega at the church of Valle, before the Christ of the Gypsies. Which grandmother does it refer to?

When I sing it, I think of both my grandmothers, of my own mother, of Carmen, the mother of Lito. These lyrics have a beautiful background, honoring the Gypsy women who were behind the Gypsy men who created the Brotherhood. I’m not part of the Brotherhood, but when I first heard that pregón by Antonio Ortega… It’s a pregón sung por bulerías, we barely changed it, perhaps one little word, but otherwise the pregón remained unchanged. Antonio stands before Nuestro Padre Jesús de la Salud and he starts reciting “huele a mi abuela, huele a tu abuela, huele a su abuela…” (“it smells like my grandmother, it smells like your grandmother, it smells like his grandmother…”), and at this moment he turns to the altar, referring to Him. Anyone who heard this felt something deep inside, at least those of us who were born here. Those references to the coal burners, the black headdress, the socks… it’s all very moving. Now that I’m promoting the album, the first three times I’ve sung it live were very hard for me. I feel very moved when I listen to it. 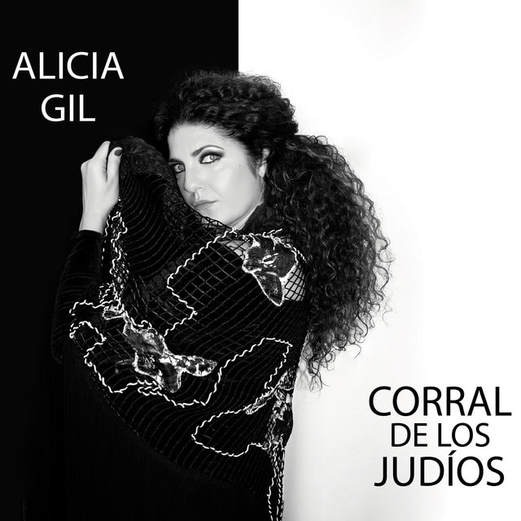 After having released four albums, how do you feel about your career?

I’m at this stage when I don’t really care what other people think about me. I now sing what I feel like, because in my first two albums I did a bit what the record label and the producers wanted me to…

In my two last albums we’ve done what we like, which is really my day-to-day work. I perform in peñas, in festivals, and I use to sing traditional flamenco. I needed to release an album which showed my true identity, which is traditional flamenco. That doesn’t mean that I won’t have parallel projects, such as performing with Seville’s Symphonic orchestra, or like last year, when I performed with a jazz trio in Mexico. Yet, I can tell you that my day-to-day, the way I earn my living, is with traditional flamenco. It’s what I like, something I always want in my life, because it’s what really fulfils me, something I’ve been studying all my life and makes me feel complete as an artist.

As producers who risk their money, did Lito and you have to make any compromise to make this album more marketable?

Not at all. We started making this CD with the first track, “Huele a mi agüela”, that was the cornerstone of this album. We knew very well what we wanted to do: an album fully representative of Triana and Seville, with no further ambition that telling who I am and where I come from. Whether it could be more or less marketable was never part of the criteria. It was very clear that the track “Corral de los Judíos” had to be a soleá apolá de Triana. We also had to include a bambera, which is as Sevillian as it gets, in honor of Pastora Pavón. The fandangos had to be in honor of Gordito de Triana, Antonio de la Calzá and Carbonerillo. The sevillanas would be dedicated to Triana. In all, it had to be a bunch of cantes typical of Seville, particularly Triana, which is my heritage.

We’re very impressed with the lyrics.

Yes, they were carefully composed, and almost all are original, except the song “Esperanza la del Maera”, which was written by Lidia Caro and Manuel Alejandro, which she used to sing. There are also those lyrics by Antonio Ortega, and Ángel Vela is well represented in this album, because in my opinion Ángel Vela is Triana. I’ve also added a few things, and Lito too, of course, as well as my girl Carmela, who has added a few touches.

How do you like working with your husband and two daughters?

It’s been great, because it’s really easy working with them, we’re together the whole day, we argue, then we kiss, you know, like all families. They are three people who love music above all, and my daughters in particular have grown up in this environment, music and culture, which, sadly, seems to be the last priority in this country.

Who have been your role models in flamenco?

There have been many. Camarón has been the soundtrack of my life, as has often been the case for those of my generation. Then, after listening to Camarón, we get a little curious and ask ourselves “from whom did this guy learn to sing?”. There are many cantaores that I really love, such as El Carbonerillo, Caracol, Mairena, Pastora, Adela la Chaqueta, Juana la del Revuelo, Aurora Vargas. At home we also enjoy flamenco guitar: Paco, Vicente, Tomate, Rafael Riqueni, who is our flagship. Then there’s El Pele, of course, and Manuela Carrasco in baile. People should really appreciate them, because when they’re no longer with us, I don’t know how we’ll manage.