"Where do you have the car? Let's go in mine, I'll take you to the place where you eat best in the whole world. What a joy! You are the first in the press, the first one I am going to tell you about. Because I am very happy, and I want to shout it from the rooftops. We have 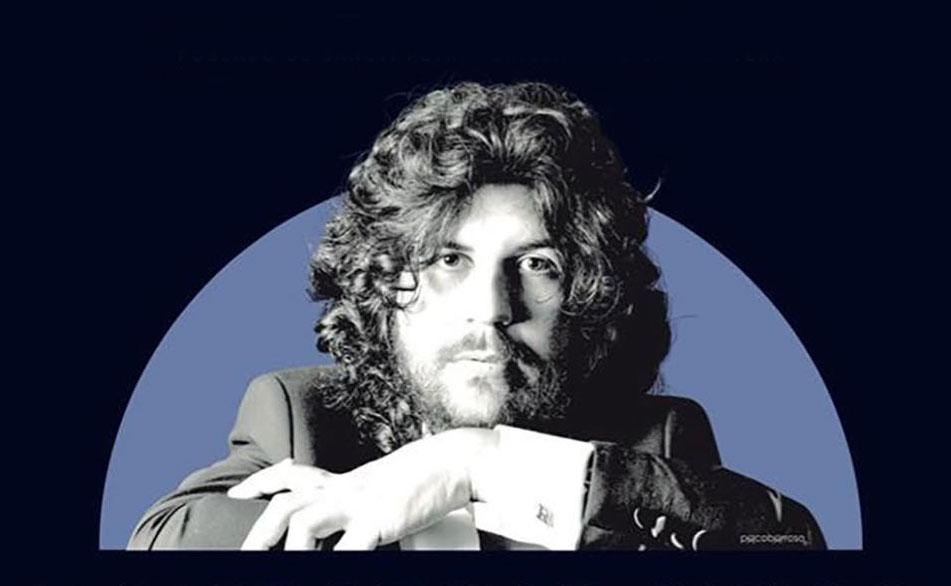 “Where do you have the car? Let’s go in mine, I’ll take you to the place where you eat best in the whole world. What a joy! You are the first in the press, the first one I am going to tell you about. Because I am very happy, and I want to shout it from the rooftops. We have something very special to celebrate. ”

They are words that come from the heart, the illusion of a twenty-nine-year-old who knows himself at his best. It has the strength of youth, the means and the opportunity. During the last two years he has barely descended from the stages, crossing the Spanish geography “by car, or by AVE, by plane he gives me a bit of fear”. There is no festival or reunion worth his salt that did not want to see Alonso Núñez Fernández Rancapino Chico (Chiclana de la Frontera, 1988) finishing off his poster, which has positioned him among the top figures of today’s cante. The man is silent, but his eyes say everything: he knows his time has come.

Tell us that scoop you wanted to give us. Do not tell me you’re finally going to record your record …

Hehe, of course, what would it be if not, I just announced it through networks but without giving any details, because the scoop is exclusively for ExpoFlamenco. Point there, Rancapino Chico’s first album is going to be called ” For my love of art ” Not as it is said when something is done for nothing, for the love of art, but formy love to art, to cante jondo. I want it to come from the deepest part of me, because I have spent a lot of time thinking about it, you know, with great enthusiasm and desire that it be a very special thing, but very special. I’m so happy…

Tell us about that creature. How and when will it be recorded?

I recommend the retinto meat, I will take the corvina, that tomorrow I start the diet. As I told you, I am very excited about this work because it is the album that I wanted to do, it is going to be carried out in the same way that I have always imagined, which is the way I think singing is best. The recording date is already, and I tell you one thing, I would love for you to be present to tell it. You are not going to record in a studio, with that I tell you everything.

Good capotazo, Alonso, but tell us, then, is it going to be a live album? Where will you record it, in a theater?

That will be in … it will be in a very special way, do not laugh, very soon you will see it, everything will come out of the heart, what is the disc, and what comes after the disc, because afterwards they come the presentations, and if special is going to be the recording, the presentation will be more special. Everything has to do with my own convictions, with how I think that cante is really better. Naturally, sooner or later I will record in a studio, but this time, it will be different. I believe that cante tends to work better under certain conditions, especially pure cantes. I want to record surrounded by people that I like, be in good harmony, people who inspire you, because, in a good way, for me in flamenco cante you have to get that little bit of inspiration for things to come out half what.

And how are you going to create that particular environment?

I will not create it, there will be … I will only be able to provide conditions, be my friends, the people with whom I can find more comfortable so that everything flows. You know that cante, the same as dancing or everything (I speak of cante, which is what I know best because of my experience), is a state of mind. And that you never know when you’re going to get well, it’s like bullfighting; I’ve never played, but I know some bullfighters who tell me these things, it depends a lot on how you find yourself in those precise moments, there are times when you get caught and others who catch you that way.

To what extent is friendship important for you when it comes to work? Who will collaborate on the album?

It’s very important. When there is a team and we work together, it depends on how you are doing, so it is transmitted above, you know or not. You will know the collaborations. Just tell you that the guitar will be in charge of Antonio Higuero , because he is the one who comes with me everywhere. Antonio is a guitarist who, apart from being my friend, has an incredible quality, gentlemen, a tapa of cabbage around here, what art, thank you, for me he is one of the great present companions, and we both fit together very well. We make artistic and musical production Domi Serralbo and me, with the coordination and co-production ofAlmudena de la Maza .

Let’s go to the mess, what sticks are on the disc?

What I’m going to sing is pure flamenco, sing jondo, that’s clear to us. I focus it in a way … I want to transmit in it where I come from, where I come from singing, my sources, where I come from. Not only what I usually sing in recitals, but also what I have not done, but what is there behind. Man, I would like to record the soleá, the seguiriya, the tarantos, fandangos de Huelva … But not only that.

I think that everything has to have a beginning. And that starting the house on the roof does not go with me. You will like more or you will like less, but what I do know is that I am still very young, I still have a lot to learn, and I think that I have to do at this moment my beginning, the beginning of my record career, that people know what I like, that you remember my sources and say, over the years, because Alonso started singing this.

A question with puyita. Why did you take so long to record? Have you been the one who has been slowing down or have others stopped you?

Me, me Do not think I do not give importance to the discography, I give it a lot. What’s more, I’m going to tell you something that I have not told anyone. I would like to record, this is my first album, and it’s too soon to say, but I’d like to leave … my dream is to leave a wide discography, leave as many records as I can. What happens is that it was not my time, I still had to shoot a lot on stage and learn. I am still very young and, although I’ve been on stage all my life, keep in mind that I do not have that much in it. Six or seven years ago, for example, I was unable to sing for seguiriyas, as I will sing to you now.