Home / Interviews  / José Manuel Gamboa: «Flamenco belongs to those who work in it; it’s an art genre born in Andalusia for the whole wide world»

José Manuel Gamboa: «Flamenco belongs to those who work in it; it’s an art genre born in Andalusia for the whole wide world»

The life of this restless flamencologist from Madrid with Seville ancestry is immersed in flamenco. Now he is releasing a New York tale ‘por bulerías’ as a tetralogy — four volumes. It’s titled 'En er mundo' (’In the World’) and has a very long subtitle. 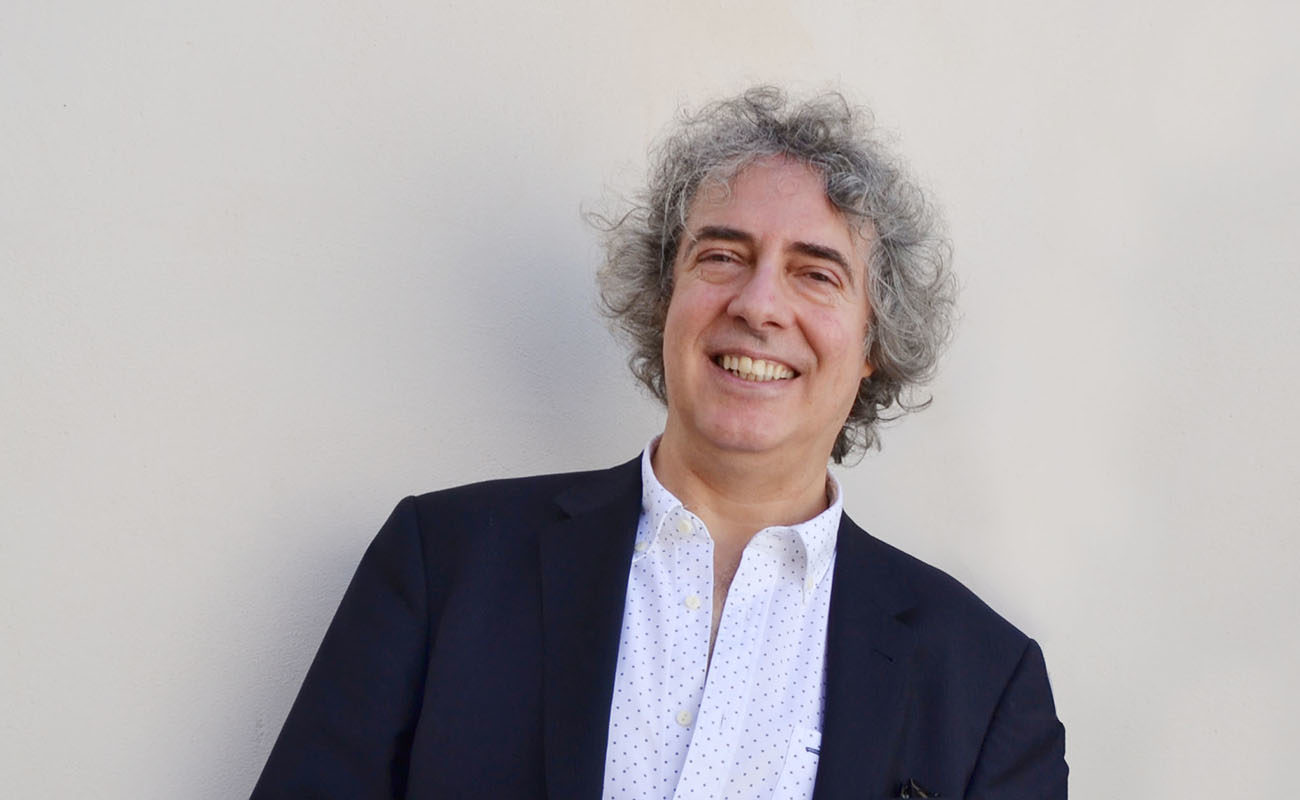 Did you know that in New York was recorded the first footwork conceived as a guitar instrumental solo? And that the biggest flamenco archive is not in Seville or Jerez, but in Washingtong, DC? Crazy. That metropolis has not only been a fabulous flamenco showcase, but also its biggest rehearsal venue.  That’s all according to José Manuel Gamboa, author of “¡En er mundo! De cómo Nueva York le mangó a París la idea moderna de flamenco”, (“In the World! How New York stole from Paris the modern concept of flamenco”), as its fourth a last volume (“Jet lag ole stars in Hi-Fi. 2a parte: La gran guitarra en la gran manzana”) has bee released (Athenaica Ediciones Universitarias, 2019). «The great work of modern flamenco, the adventure of this art towards the contemporary», as stated by the publisher.

Gamboa is a flamenco artist and critic. Two for one. He was born in Madrid in 1959 and grew up in Arahal (Seville province). As a journalist, having extensive experience in radio, TV and written press, he has authored, among other books, Perico el del Lunar. Un flamenco de antología (2001), Camarón: Vida y obra (2002), Cante por cante (2002), Una historia del flamenco (2005 and 2011), Chano Lobato: Toda la sal de la bahía (2007), Sernita de Jerez (2007) and La correspondencia de Sabicas, nuestro tío en América (2013). On the artistic aspect, he has produced albums by Morente, Carmen Linares, Pitingo, Rafael Riqueni and Gerardo Núñez, among others. And he plays the guitar with his left hand.

«Above and beyond the plastic art that the big TV companies try to force down our throats , there is authentic art made by artists. Once people discover it, they get hooked for life», he says. His biography spares us a litany of vanities with a plain «he has been awarded the main accolades of this genre». Bravo. So, lets him tell us about the antics of those characters who set up their flamenco shop in New York City.

– Four volumes, that’s a lot. Is the history of flamenco in New York really that extensive?

– I could have written even more about it. We have to understand that this topic had never been studied at all, even as New York is the world’s cultural center, a place where people came from all continents to make good money. I was writing a book about flamenco discography in microgroove records, from Spain, of course, but I repeatedly had to mention New York, where that technology was invented in 1948 and where, for a long time, there were more and better flamenco recordings than those we had in Spain. This, plus a doctoral thesis I read which stated that Flamenco reached the Big Apple in the 1920s, brought by immigrants, when in fact this happened one century earlier, brought by our pioneer artists, was what drove me to undertake this work. On top of that, there’s the Statute of Andalusia, which — ignoring all those who, with their hard work and without the warmth of their fellow countrymen, took flamenco to the City — awards to itself the “exclusive competence regarding knowledge, preservation, research, training and promotion of flamenco as a unique element of the Andalusian cultural heritage”, knowing, or having to know, that the overwhelming group of great flamenco artists, the first transatlantic representatives of our art, the stars who set up their flamenco shops in NYC and, from the Big Apple and continuing an adventure which began in Paris, became citizens of the world, were not from Andalusia, with exceptional exceptions. And some of then weren’t even Spanish! Someone will have to explain to the distracted politicians that “flamenco belongs to those who work in it”, it’s an art born in Andalusia for the whole wide world.

– For those who don’t know the story, which is not my case, what’s the story of flamenco in New York? Why do you use the word steal when referring to this topic?

– The subtitle is an allusion to the book How New York stole the idea of modern art, a classic of comparative art written by Serge Guilbaut. I share his same thesis, although the language I use is peppered with flamenco words — such as mangar instead of robar — confirming how flamenco follows historical trends, first in Paris, the world’s cultural center at the time, becoming also the world’s flamenco center, the place with the greatest quantity of flamenco contracts, and then, after the Spanish Civil War and the Second World War, moving to New York, which replaced Paris as the center of avant-garde art and welcomed the best artist in flamenco baile and guitar.

«In the 1950s and 1960s, all things Spanish were in Vogue in America, particularly in New York»

– Is that a requited love? Is that an eternal love?

– It’s a selfish love by us. People don’t leave their own home for fun, but only if they’re not appreciated or are constantly criticized… Yet, it was certainly a requited love. If at the end of the 19th century our flamencas were the main entertainers, if most of sound film testing was made with flamenco, in the 1950s and 1960s, all things Spanish were in Vogue in America, particularly in New York. It is thanks to New York that solo flamenco guitar performers exist, led by Carlos Montoya, Vicente Gómez, Sabicas, and Mario Escudero. Without the City, Serranito, Paco de Lucía and Manolo Sanlúcar would have never had a chance to shine. Without the artistic refinement that New York added to the shows of La Argentina, Vicente Escudero, La Argentinita, Pilar López, Carmen Amaya, Antonio or Rosario, our flamenco today would be much more mediocre. They were the references to those who came later. And if we’re not careful, we’ll be left behind. There is no such thing as eternal love, but divorce exists.

– The last (?) volume of this tetralogy has the intriguing title “Jet lag ole stars in Hi-Fi – The Great Guitar in the Great Apple”. What does it contribute to the whole?

– It’s precisely about the boom of concert guitar, which Spain always rejected and is still being rejected in Spanish flamenco shows. The New York art critics were the ones who demanded a bigger role for flamenco guitar in shows of flamenco baile, and that’s how the best concert guitarists came up in the 1940s, becoming a reference for the guitarists in Spain. It was to New York that Juan Serrano and all those who had anything to say as solo guitarists relocated, because in Spain they weren’t appreciated, and still aren’t. I support the idea of guitarist Paco Vidal, who weeks ago in the presentation of the Festival de Madrid played the guitar even as he wasn’t included in the lineup: let’s strike, let’s have a strike of guitarists so people realize the crucial role of the guitar in flamenco shows.

– Manitas de Plata sold more records than Dylan — whose Nobel poetry, incidentally, acts a guide of New York across all four volumes — and Carlos Montoya would not be far behind. These two artists, one French and the other from Madrid, are unknown for most flamenco aficionados in Spain. Both of them, even as their professional achievements are controversial, made flamenco guitar known all over the world. What Andrés Segovia did for classical guitar, Carlos Montoya did for flamenco guitar, giving recitals in the same venues, the most important in the world, with an exhausting and endless schedule.

– Do people read enough about flamenco?

– In Spain, you mean? Well… Let’s say that what the researchers discover end up reaching the aficionados 20 or 30 years later, slowly and a compás, between drinks. The funny thing is that then they tell us all about it. Well, I guess it’s a little step forward, right?

«Flamenco won’t vanish and it’s not in free-fall. The only problem is that, if we don’t like the current trends, we have to wait 20 or 30 years for the trends we like to be in vogue again»

– Do you feel flamencos appreciate your immense undertaking in research, or does the trolling in the social networks outweighs any sense of gratitude?

– My life is flamenco, and I’m not surrounded by avid readers, of course, but we write our lives on the fly and I can’t complain. In fact, many flamenco artists have written prologues to some of my books. I try not to get involved in online controversies so I can live in peace, enjoying my things in the flesh, without hiding behind an Internet profile.

– You are an authority in flamencology. What’s your perspective about the direction flamenco is going?

– It’s going somewhere, which is already something. As it often happens, some trends are followed by others and then go back to earlier trends. So I don’t worry too much about what’s happening in this particular moment. Flamenco won’t vanish and it’s not in freefall. The only problem is that if we don’t like the current trends, we have to wait 20 or 30 years for the trends we like to be in vogue again. Like everything, culture and show business have changed dramatically and we must adapt to the times, enduring smokescreens and all obstacles, continuing to make efforts to show that, above and beyond the plastic art the big TV companies try to force down our throats , there is authentic art made by artists. Once people discover it, they get hooked for life.

– Can we succeed in being the first flamenco interview in the last twelve months that doesn’t mention those two?