Since I first got exposed to flamenco, no more and no less than 20 years ago, I haven’t stopped hearing that traditional flamenco is in danger of becoming extinct 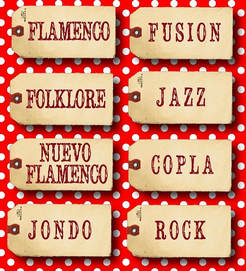 Since I first got exposed to flamenco, no more and no less than 20 years ago, I haven’t stopped hearing that traditional flamenco is in danger of becoming extinct, that young artists are ruining flamenco, that it’s not like it used to be… Then I’m the one labelled “Flamencólica”. These days, I keep reading and hearing about the ominous arrival of flamenco apocalypse, and it’s “culprits” of late are, for example, Niño de Elche, Rosalía, Rocío Márquez and Mayte Martín.

We live in a world where we’ve been handed labels and we’ve grown used to put them on everything; yet, we should not label people, nor artists. We, flamenco aficionados, have a hard time acknowledging or understanding certain things; such as the musical interests and concerns of our cantaores and cantaoras, or those who used to be cantaores or cantaoras, but got lost and will never come back. We label constantly, and our opinions depend on that word that is next t someone’s name. That’s not good.

I understand that there are some artists with other concerns who steer away from flamenco. They may or may not come back. There are two things I’ve learned in my life, one is that time puts everything in its rightful place and, particularly in flamenco, time dictates whatever will prevail. Consider the cases of Juan Peña Lebrijano or Lole y Manuel, with their musical crossbreeding. The other thing I’ve learned is that we must be able to separate personal preferences from our concept of flamenco, which are two different things; there are pieces by flamenco artist that are not flamenco I can’t stand them, yet there are others that I love, and it’s not even flamenco. However, if I like it, why should I restrict myself exclusively to flamenco? Is it a crime if I liked other types of music? Should I crucify artists who, after releasing a flamenco album, decide to dwell in other musical genres?

Just as in the current musical landscape there are artists who seek new concepts or want to nurture their other interests, there are other artists who preserve the most traditional and fundamental essence. I believe flamenco is an art form, thus it’s meant to evolve, sometimes faster than people; or sometimes, some people evolve faster than others. I’m on the evolutive slow lane, obviously.

Since I mentioned four contemporary artists, I have to say that Niño del Elche overwhelms me, I don’t get Rosalía’s concept, I like that Rocío Márquez is exploring new concepts, and Mayte Martín can do whatever she wants to. Just like me.

They are free, we are free. Let no one take this freedom away from us, and if flamenco apocalypse befalls us, I hope to be dancing por soleá in one corner, where no one finds me to put a label on me.