On even days (II)

…Continued from On even days (I) 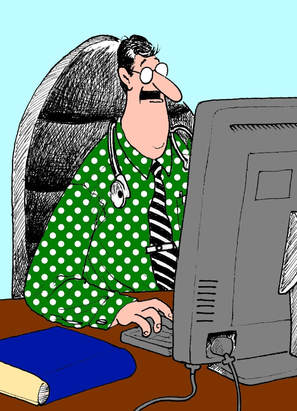 In the last few years we’ve got a batch of doctor-critics who, even as it’s apparent that they’re not flamenco experts, and they don’t claim to be such thing, write about this art in the most renowned national and international media. Their merit is to promote flamenco in a direct, simple way, without technicalities, creating unprecedent media interest. The other side of the coin is when, prompted by their lack of knowledge about flamenco, they validate anything that vaguely sounds like flamenco, even if it’s not, with the excuse that the 21st century is a time for evolution from purity, while in fact purity is the cutting edge of flamenco. I mean, true purity, lest people complain to this other doctor-critic that he didn’t properly diagnose a bad case of the flu-menco.

Would it be a good idea to have a conference inviting everyone involved in flamenco to verify how much they know about it? If artists demand that flamencos critics be experts about this art, whenever they disagree with their words, why isn’t this demanded from the artists, as well…? There is no such thing as a degree of flamenco critic or flamenco expert, yet people can get an official title in cante, baile and toque. So why doesn’t anyone demand such documents when artists climb on stages? The most common retort is that flamenco is not about standards and rules (which is ridiculous) and that the essence of the purest flamenco cannot be learned in academies. If so, why are flamenco critics expected to go to critic school? Which days are the critic schools opened? The same days as the artist schools? Is that on even or odd days?

Let’s not forget about another case, a branch in this flamenco tree. It’s the case of the patients who don’t know much about flamenco medicine. They are never seen in in international appointments or in great stages, simply because that’s way out of their league. That’s not a bad thing. Some may call them hypochondriacs or neurotics, but the fact is that not everyone is able to pass the rigorous exams of Dr. Bohórquez, Dr. Jiménez Díaz or Dr. González, among many other great professionals. In such cases, the diagnose can be devastating. The patients may or may not agree with what they’re told, but it’s almost certain that, whatever is discussed, it would be argued and based on flamenco’s DSM-IV.

Finally, there are the ones who really rule: those who buy tickets to attend flamenco performances, both the good ones and the not so good. No one demands that they have any sense of rhythm, know how to play the guitar, have a Flamenco Critic Degree or even a Spectator Degree. They are the sovereigns, the ones who make the flamenco industry function. It’s better not to voice any opinion about them, openly or not, because doing so may start a degenerative and irreversible disease. I’ve never heard of any artists complain that the majority of the public didn’t clap more intensely or didn’t give them a standing ovation, something very easy to do, as Silvia Cruz said recently in her article “Ovation inflation”, published in the Diario de Jereznewspaper (March 3, 2018). I can only ask myself: in which day did I decide to write this article? I’ll go to the doctor. He’ll know.