It seems increasingly more difficult to get flamenco aficionados to agree on anything. 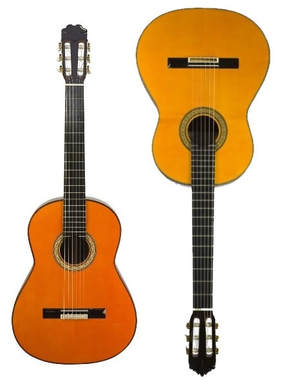 It seems increasingly more difficult to get flamenco aficionados to agree on anything. In fact, this polarization has existed for a long time. I would say it’s been there from the very origins of this genre. However, recently there has been a particular topic where most people seem to agree: the dramatic evolution experienced by the flamenco guitar in the last fifty years, and its current role within flamenco, where it has gone from being the eternal accompanist to become a main protagonist.

This was made possible, in particular, by the previous generation, the one with outstanding names such as Manolo Sanlúcar and Paco de Lucía, who with their tireless efforts succeeded in taking the flamenco guitar to unbelievable new heights. The oldest among us would be able to easily recall memorable recitals of cante and great shows of baile flamenco. Yet, when it comes to concerts of flamenco guitar, they may draw a blank. Obviously, there have been guitar concerts too, but not nearly as many as events featuring cante or baile. I’m saying this even as I myself grew up in a town where, fortunately, guitar soloist concerts were not uncommon. Perhaps it’s because of this tradition that today there is a number of geographical points where flamenco guitar has flourished, with aficionados willing and able to sit and enjoy hour-long instrumental concerts. That leads me to conclude that traditions educate much more than we think.

Yet, these are the exceptions to the rule, a silent minority which over the years have had to accept that “the shoemaker’s son always goes barefoot”. All it takes is to travel outside of Spain to see the admiration and worth given to flamenco guitar all over the world, while the reverse happens in its country of origin. Indeed, I suggest a very simple exercise: search for guitar festivals in any internet browser and soon you’ll see that, even as the guitar is the quintessential Spanish musical instrument, the number of guitar festivals outside of Spain is exponentially higher than those held in this country.

There are still very few (and rather recent) instances when flamenco festivals offer spaces to guitar concerts. All we have to do is to check the posters of the bigger festivals or the more renowned flamenco events and we’ll see the small proportion of guitar performances, compared to cante and baile. The arguments and/or excuses of the organizers of such events are always the same: “guitar concerts don’t fill a venue”, “guitar is for a minority”, “guitar concerts don’t sell”. In my opinion, these are the kind of excuses that those in charge of TV channels use to justify their programming according to audience ratings. The fact is that outside of Spain the flamenco guitar enjoys a respect and admiration that barely exists in its own country. Thus, it’s the turn for the current generation of guitarists to continue the work started by masters such as Paco and Manolo, for the flamenco guitar to continue achieving success. Every day, they put on hours, hard work and perseverance. Quality, they have plenty.