Home / Opinion  / The Great Forgotten Ones

The Great Forgotten Ones

We are living through a period when flamenco once again has become an object of artistic experimentation. 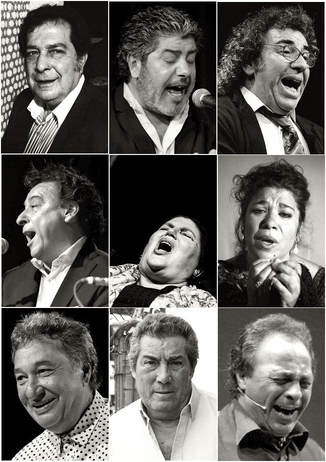 We are living through a period when flamenco once again has become an object of artistic experimentation. This is nothing new, perhaps the only new thing is that such experimentation is happening with new musical forms which greatly differ from flamenco. This has happened in almost all periods in flamenco history. In general, and amplified by the social networks, too much importance is given to certain actions and artists due to their controversial productions. Aficionados waste their time giving unnecessary (and unwilling) publicity to such artists, and yet we seem to care little about supporting the artists who really deserve it, those who are sorely missed in the monotonous lineups all over Andalusia.

Summer is approaching, and with it the season of flamenco festivals, which probably total more than 200 in all Andalusia. I used to be a regular spectator at such events, but I must confess that since 4 o 5 years ago I barely attend any of them. This is the result of two main factors: the first, which I won’t elaborate, is their format, perhaps exceedingly marathonic and loud. I prefer to enjoy flamenco in a different way, although that’s another story. The second factor is the one which prompts me to write this article. These festivals often end up being monotonous. I agree that the leading cantaores should feature in most lineups, because they are the flagships of today’s flamenco, but as an aficionado, it hurts to see how other truly great artists are almost completely ignored. Often the lineups include one or two famous artists and the rest are fill-ins who frankly cannot be considered professional artists. Sometimes the contrast is huge.

With this article I just want to vindicate these great, forgotten artists, not just regarding summer festivals, but in general. It’s an aberration that cantaores of the stature of Juan Villar, Guadiana, Miguel El Rubio, Luis Moneo, Inés Bacán, La Macanita, El Extremeño, Diego El Cabrillero or Morenito de Íllora are seldom featured in flamenco events. This regards the veterans of this genre, but there is another sector essential for understanding flamenco art, that of the the festeros, who lack spaces to perform such a vital flamenco truth, which sadly is becoming extinct. In the old days, almost all festivals included a sizable group of festeros. Nowadays, it’s unusual to find lineups that include names such as Luis Peña, Javier Heredia or José El Pañero, although they possess a veritable artistic treasure.

The same happens with new, young talent (some already established and not so young) who have a lot to say: Rubio de Pruna, La Fabi, Mari Peña, David de Jacoba, Juanfra Carrasco, El Galli, Antonio Ingueta, Fernando Canela, El Pulga, Manuel Tañé or the youngsters Alonso Purili, Boleco and Manuel de la Tomasa. I could also mention artist of baile who should not be absent from any festival, such as Pepe Torres, Carmen Ledesma, Pepa Montes or Milagros Mengibar, among so many others.

The biggest concern is: why does this happen? Who is in charge of flamenco? I can’t help but assigning part of the blame on the “expert” aficionados, the so-called “cabales”, or at least part of them, those who pull out their “flamenco purist university degrees” and tear their garments when they see the image of a naked artist, but at the same time won’t spend one euro supporting flamenco. To revert this situation, everything must improve, from those who organize flamenco events to those who listen to it. Let’s not stop defending flamenco, let’s not forget the great, forgotten ones.

P.S.
Naming names often ends ups annoying people. After all, this is just my personal vision and even so I’ve left out many people, but the point of this article is something else. It’s all about highlighting our true flamenco artists, valuing them like they deserve, do all we can to give them more exposure and stop wasting our time denouncing what is irrelevant.