Home / Actualidad flamenca  / The 23rd Festival de Jerez, between the “brilliant present” and the future of baile

The 23rd Festival de Jerez, between the “brilliant present” and the future of baile

The festival, which will take place between February 22nd and March 9th, 2019, “has become an icon of the city.” . 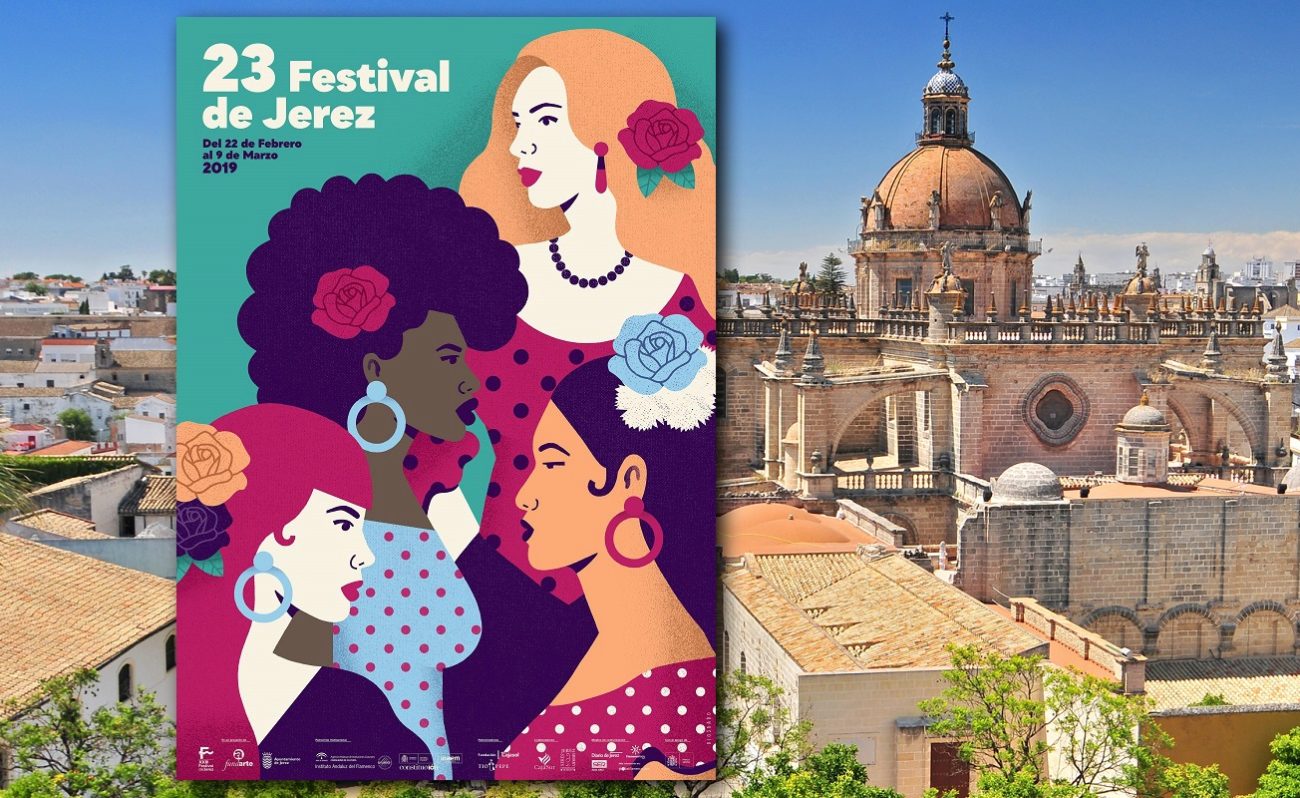 Between the “brilliant present” of baile flamenco and the “necessary impulse” to the new talent in this artistic genre. These are the two main roads where the 23rd Festival de Jerez will circulate, from February 22nd and March 9th, 2019. That’s what Mamen Sánchez, mayor of Jerez, declared today during the presentation of the artistic program to the media. This event was also attended by Miguel Ángel Vázquez, Culture Councillor of the Junta de Andalucía, and Isamay Benavente, director of the festival, as well as representatives of other organizations and contributing enterprises.

“We are before a festival which has become one of the icons which identify the city with its intangible heritage: flamenco”, added the mayor. Flamenco elevated to the category of “universal”, as is evident in this series, because it “attracts people from all corners and continents”.

After listing the data from the last edition, she insisted that such results reflect the ability of this festival in providing Jerez with “an excellent international promotional platform”, at the same time that it places flamenco at the same level of other artistic genres. “We understand the uniqueness of this art, the diversity of its various manifestations, the necessity to be aware of its roots and the vitality of its innovative trends”, she stated.

Mamen Sánchez highlighted the fact that this promotional aspect in the touristic sphere was produced through “an event designed from the culture of the heart”. In that respect, she said that “only through feelings is flamenco able to transmit its own language and contribute its true dimension”.

In that “brilliant present of baile” which will be include in the next edition, the first municipal authority mentioned artists who have been awarded the National Prize of Dance. To that group belong Eva Yerbabuena, María Pagés, Rubén Olmo and Israel Galván. The later will close the festival with the premier of a new production about Falla. At the same time, “we acknowledge the established careers of artists from Jerez”, she said. That’s the case of Joaquín Grilo (who will open the festival with another premier) Mercedes Ruiz and María del Mar Moreno. However, the festival always makes room for the inexhaustible quarry of baile of Jerez with artists such as María José Franco, Beatriz Morales and Yessica Brea, among others.

To all of them we can “exhibit the work of a new generation of artists that are becoming wonderful creators”. In this sense, she highlighted the work of Rafael Estévez and Nani Paños leading the Ballet Flamenco de Andalucía and “the new aesthetic paths explored” by Marco Flores, Ana Morales, Leonor Leal and Patricia Guerrero, among others.

The program of the 23rd edition of the Festival de Jerez also seeks to be a platform for new talent in baile, whom it aims to give a “necessary impulse to its emerging artistic careers”. That’s the context of the baile of Ana Leiva, Adrián Santana, Vanesa Aibar and Vanesa Coloma. 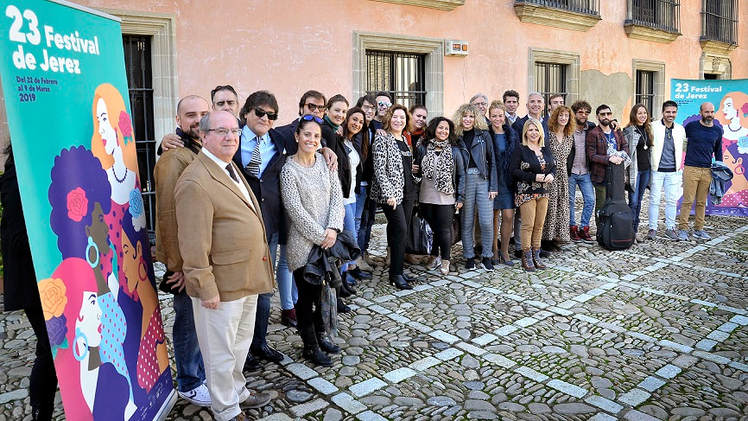 In her speech, the first municipal authority pointed out that in this edition, as has happened in previous years, “a space has been reserved for the necessary internationalization of flamenco on stage”. In this occasion, the opening of frontiers is centered in the existing agreement with the organizers of the International Flamenco Contest of Turin, an event which will take place in the city a week before the start of the festival. “A magnificent preamble for those contestants, coming from other countries, who will feel and breath the flamenco atmosphere of our streets”, she stated.

On the other hand, guitar and cante will also be represented in specific series, so that people will be able to listen to the new works of the guitarists “Javier Patino, José Quevedo El Bolita and Pepe del Morao, who have surprised us with their quality and creativity”.

Yet, that’s not the only stage. “One of the novelties” will be the rehabilitation of Villavicencio Palace as a venue for cante without acoustic amplifiers, featuring the voices of Alfredo Tejada, Juan de Mairena and Manuel Tañé.

Another novelty will be the “greater dimension” assumed by the series From Peña to Peña, which was diminished in former years due to financial constraints. “We’ve recovered this unique proposition in full, with the participation of all flamenco entities in the city”, the first municipal authority explained.

Besides, the peñas flamencas will participate actively to increase cultural tourism. To achieve that, they’ll “offer noon programs which, besides performances, will include local gastronomy”, she informed.

In this attempt to attract a varied public, which will visit Jerez for the first time, the Festival “has reinforced events on weekends with a series of activities”. It’s in that period when the master classes of initiation to bulería and the show Flamencokitchen will take place.

For his part, Miguel Ángel Vázquez, Culture Councillor of the Junta de Andalucía, pointed out that the Festival is a “showcase unique in the world”. The support of his department, through the Instituto Andaluz del Flamenco, is due, among other reasons, to the fact that this Festival “shares and contributes to the goals of diffusion and promotion” of this art established by the regional government. Among such goals, he mentioned the “visibility” of women, the acknowledgement of the role of young people and the capacity to open new markets overseas.

In his opinion, another distinctive element is baile. Thus the presence of the Ballet Flamenco de Andalucía which, under the direction of Rafael Estévez and Nani Paños, will present its third production, Flamencolorquiano, “Spain’s most-watched scenic show this summer”. For Miguel Ángel Vázquez, the festival of Jerez invites people to be more than mere spectators, as it enables the visitors to “immerse themselves in the flamenco culture”.

The 23rd Festival de Jerez, whose tickets will be on sale on November 13th, will have the public sponsorship of the Culture Council, through the Instituto Andaluz del Flamenco; the Ministry of Culture, through Inaem; the private sponsorship of Fundación Cajasol and Bodegas González-Byass; and the collaboration of CajaSur and the Consejo Regulador del Jerez. Among the collaborating media there are Diario de Jerez, Canal Sur Radio, Radio Jerez Cadena Ser and globalflamenco.com. The first municipal authority thanked all of them for their involvement in this project.