Flamenco art travels to a UN Spanish base in Lebanon 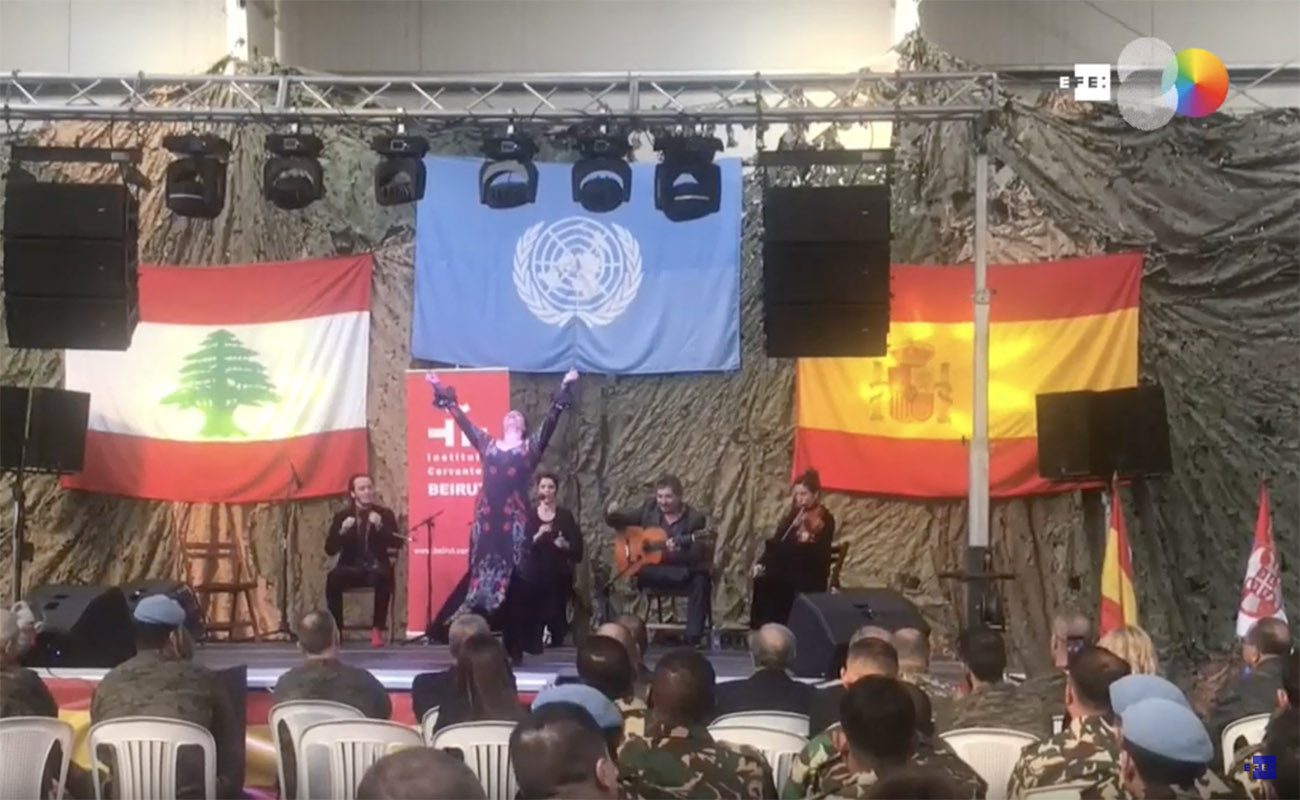 The Spanish military base Miguel de Cervantes is located very close to the Israeli border, in the town of Marjayoun in Lebanon. This is an area known for conflicts and tension, but cante, baile and guitar managed to replace military drills and guns. Flamenco is indeed a global art form!

There are approximately six hundred members of the Spanish armed forces — as part of the United Nations Interim Force in Lebanon (UNIFIL) — at the Miguel the Cervantes base, which for one day was decked with carnations and polka dots to host a flamenco show for the first time.

This project is part of UNIFIL’s program and its goal is to get closer to Lebanon’s civilian population. «The Spanish troops have opened their doors to all civilians, and also to students of the Spanish language in a program where Soldiers volunteer to teach their language in schools and community centers», explained Yolanda Soler, director of the Beirut Cervantes Institute and promoter of this initiative, in a statement given to the EFE news agency.

Around five hundred people — mostly blue-helmets from Spain, Indonesia, Tanzania and India — were able to enjoy the concert organized by the Beirut Cervantes Institute. Performing on the stage were cantaora Rosa de Algeciras and bailaores David Morales and Ángeles Gabaldón, joined by the guitar of Nono García. The end of the show also featured a version of Li Beirut, a song by the Lebanese artist Fairuz.

«Performing in the trenches is as important as performing for 3,000 people at Carnegie Hall in the United States, and of course we do this to show our support and to stir emotions», explained bailaor David Morales to EFE. This artist also performed in Beirut and Kaslik before returning to Spain.

«I think of myself as a bailaor of the trenches. It is the first time that flamenco is performed in the hangar, which is the jewel of the foreign missions, and we are very happy. We feel as if we were in the best theater in the world», stated this bailaor, born in Línea de la Concepción (Cádiz).