Home / Articles  / Those dreams of youth that come and go

Those dreams of youth that come and go

There are days when it’s better to stay home because the news may harass and disturb our souls, already afflicted by the inescapable passing of time. It’s a good thing that our bodies don’t give up, feeling all is lost, but that’s the hard reality facing us each morning. Today I woke up with the news of the death of 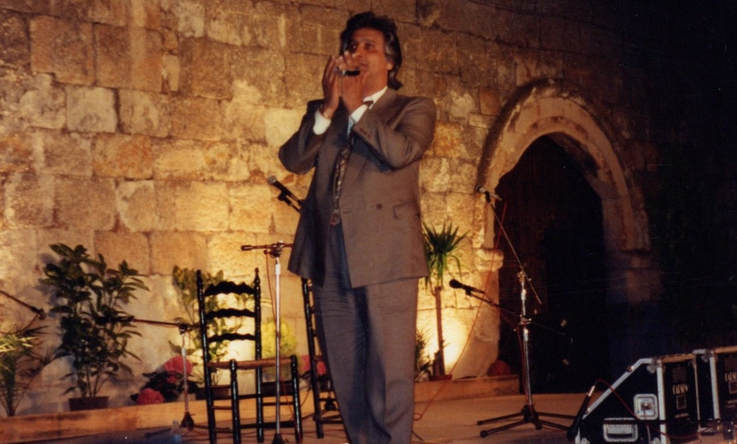 There are days when it’s better to stay home because the news may harass and disturb our souls, already afflicted by the inescapable passing of time. It’s a good thing that our bodies don’t give up, feeling all is lost, but that’s the hard reality facing us each morning. Today I woke up with the news of the death of one of my good friends, someone with whom I’ve kept a strong fraternal friendship. With my primo Antonio Chiquetete I shared moments of glory, but we’ve also been together in difficult moments when life beat and shook us to exhaustion, and we’ve learned that there is no hope without pain, that purity is also found in the wounded light that wanders aimlessly through life, and that there is no salvation without love.

I first met Chiquetete in the 1960s when he had just formed a music ensemble with Manuel Molina and Manolo Domínguez called Los Gitanillos del Tardón. Three great artists born in the midst of misery and prejudice. At that time, Chiquetete was starting to sing for baile at the tablao Los Gallos, in Seville’s Santa Cruz District. Yet, Antonio loved his Triana, and there, at Taberna El Morapio, on Pelay Correa Street, we spent evenings of wine and cante together with all the wise people who showed up there, like Tragapanes (related to the Cagancho dynasty), El Pati, El Titi, El Maera, Esperanza, La Talegona, La Perla, El Herjías, the Léridas, Oliver, El Arenero and so many others that stopped by that tavern-university. These were hard times, after the Spanish Civil War, when poverty and speculation worn down that neighborhood until finishing off Cava de los Gitanos and Cava de los Civiles, starting its disintegration, which was the whole point all along.

From then on, our relationship was always warm and fluid, to the point that Chiquetete even sang in the party celebrating one of my daughters’ baptism. In other opportunity when I visited Seville with my students, he joined us and amazed them with his humility. Yet, his most outstanding quality was his boundless generosity and solidarity with the less privileged. In several occasions I proposed visiting Asprosub (now Fundación Personas), an association for the families of the mentally disabled, and he didn’t think twice about coming to perform for the residents, even organizing several fundraising festivals, all for free. When we talked on the phone, something we did rather frequently, he always asked me about his people in the Fundación, expressing his wish to share a table with them once again, as they had impacted him deeply. Besides being an artist, he was also a great friend, always ready to help in whatever I needed and taking part in charity festivals completely for free. The first time he performed in Zamora, at Barrio de Olivares, he was absolutely brilliant, having a committed public which he fully corresponded. Yet, in his two following performances, he had misunderstandings with some colleagues, besides suffering from a poor organization.

His sweet, melodious voice, also very flamenca, will always be remembered by good aficionados, despite the fact that we now miss an artist who contributed to cante gitano that sorrow that drowns the throat with a deep urge to cry, in the words of Manuel Martín. With Chiquetete we also learned to dream, to fly away from the emotion of his cante. Today I want to remember that voice with some loose verses by our Claudio Rodríguez: “Hay un suspiro donde ya no hay aire,/ sólo el secreto de la melodía/ haciéndose más pura y dolorosa”. (“There’s a whisper where there isn’t air anymore / Just the secret noon / becoming more pure and painful.”) 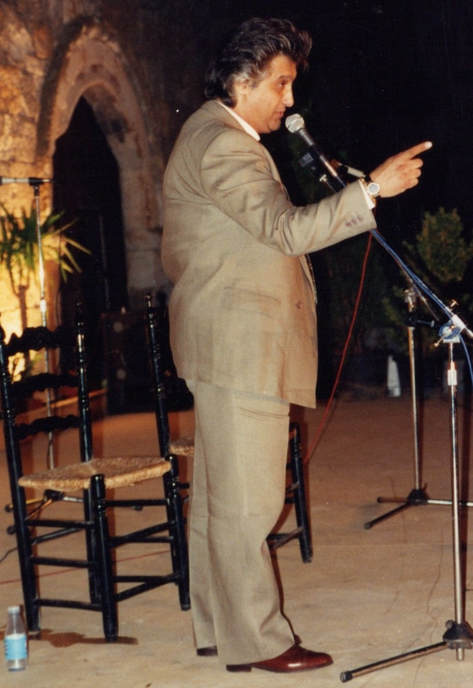