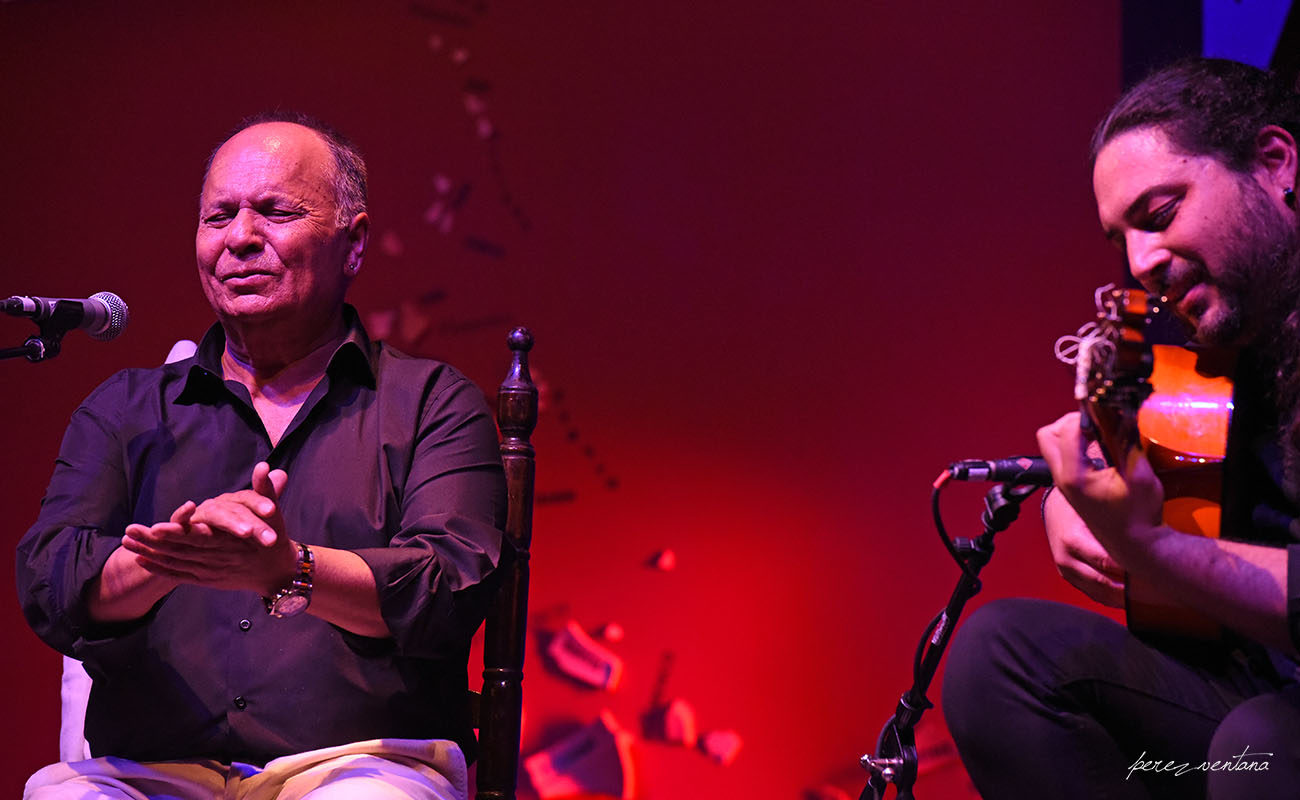 The cantaor El Pele had a point when he said that the flamenco artists of Jerez can perform anywhere, yet the artists from other cities have few opportunities to perform in Jerez. It’s not that only the locals are allowed to perform in Jerez, but that’s almost the case. Maybe it has to do with the high density of flamenco artists in Jerez. There’s a story about Manuel Vallejo (who was from Seville): one day when he was going to sing por bulerías in Jerez’s bullfighting ring, in the late 1920s, someone yelled from the stands: “Vallejo, to be able to sing por bulerías in Jerez, people must drink from the Tempul!” (Tempul being the name of the local water spring). Unfazed, Vallejo yelled back “I wash my feet in the Tempul!”. Vallejo sang bulerías masterfully, to everyone’s great delight, as he was an expert in that palo.

I don’t like repeating myself (although it’s hard not to, as I write so much), but the people of Jerez are very proud and protective of themselves. I wish the people of Seville were like that, but they aren’t. Seville is like a foster mother to artists from elsewhere, ever since the 19th century, when artists from Cádiz, Jerez, Puerto de Santa María and Málaga would routinely perform in its cafés cantantes . I could name the artists, but it would be an endless list. Yet, if we check who were the artists who performed in Jerez, there’s barely anyone from Seville or Málaga, unless they were of exceptional renown, such as Silverio Franconetti, who used to cause a commotion whenever he performed in Jerez.

It took even Antonio Mairena a while before he was able to perform in Jerez, and he could only do it helped by the guitarist Manuel Morao, who introduced him around and got him to perform in private parties, so he could soak in Jerez’s atmosphere. That is told by Manuel himself, as stated in his biography by Juan Manuel Suárez Japón. Later, many flamencos from Jerez became loyal followers of Mairena, perhaps because he was a big fan of Jerez himself and a great admirer of Manuel Torres and other artists from that city.

Yet, the people of Jerez is not only reluctant to embrace artists from other provinces, but also from Jerez itself, as has been the case with Chacón and Niño Medina, not to mention José Cepero. I befriended Manuel Soto Monge El Sordera, who in my opinion was one of the great performers of the good cante of Jerez. One evening he sang in a peña flamenca in Seville and I had the honor of introducing him on stage, something I’ll never forget.

After he started singing, he noticed that the great Antonio el de la Carzá had entered the hall. Sordera stopped his performance to embrace Antonio (who was from Seville) and to tell him how much he admired him. That evening I chatted with Manuel Sordera about different artists from Seville province, and when I mentioned Marchena, he told me: “He was great, but he wasn’t very popular in Jerez”. Yet, both Chacón and Manuel Torres greatly admired Marchena.