Diego Carrasco, Lord of the Compás

Regardless of his talent as guitarist, cantaor and bailaor, what I find most important about Diego Carrasco is his attitude towards art, which has always been the attitude of a free Gypsy artist, not tied up to anything except the things he wants to be tied to: his land, his family, his culture. 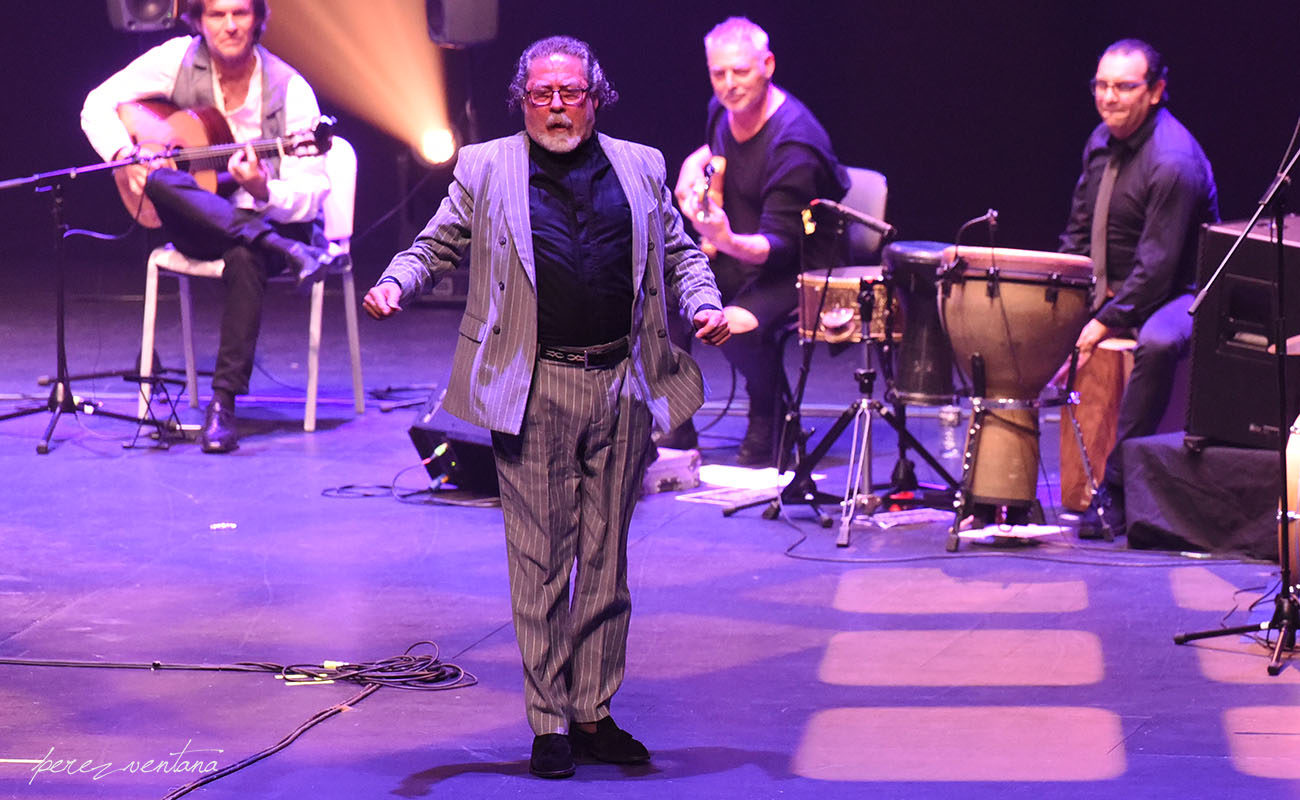 One day in 1994, I met Diego Carrasco for an interview. He parked his van on Marqués de Paradas street, in Seville, and we walked downtown, via Duque, for a few drinks and to talk about the profane and the divine. He talked about his family, his childhood in Barrio de Santiago, his early days as an artist, and his dreams. He also talked about Voz de referencia, his latest album at the time, which was the reason for the interview.

We chatted for several hours and then Diego put his hands on his head, saying: “Oh, Manuel! I forgot I left a butchered pig in my van, I bet it now smells like a dead dog!”. Indeed, Diego had been in the mountains of Huelva to buy a pig which was meant to be cooked for a party in Jerez, and he had put it in a box with ice. Ice eventually melts, as we know, so you can imagine the mess.

Regardless of his talent as guitarist, cantaor and bailaor, what I find most important about Diego Carrasco is his attitude towards art, which has always been the attitude of a free Gypsy artist, not tied up to anything except the things he wants to be tied to: his land, his family, his culture. A man of the world, Diego still lives in Jerez, perhaps because he would not be able to live anywhere else except in his hometown

I suppose this is something that also weighed on those other great artists from Jerez, such as Frijones, Chacón and Manuel Torres, who one day left Jerez to make a living in Seville. Indeed, after the first time Torres visited Seville, when he was 20 years old, he went back to Jerez and told his father, Juan Soto Montero, a butcher from Algecira: “There are too many lights in there, pa.”

Diego Carrasco’s career is that of a creator. Yet, a creator is not just anybody, although, as you know, these days everyone claims to create something. Almost all cantaores say “I sing in my own way”. Diego has done everything in his own way. Ever since he played the guitar as an accompanist, he had a personal style, a particular way of setting the compás and of doing the rasgueo. In the mid 1980s, RCA recorded Cantes y sueños, a crucial album which would change his life, his line and many things in flamenco music. From then on, nothing would be the same, in his life, or in Jerez.

Diego Carrasco is celebrating fifty years as an artist, which is easy to say. He’s been creating for half a century, and the venue chosen for this celebration was the Villamarta theater in Jerez, the stage where so many geniuses of flamenco and of other artistic genres have performed. I didn’t attend the gala, but reportedly it was spectacular, and will be remembered for posterity in the history of the theater and of Jerez de la Frontera.

The good thing is that Diego will still be around for another fifty years.