Home / Chronicles  / Does Cigala have a return ticket?

At the end of the 1990s a group of young flamenco percussionists by the name of Echegaray Street were scheduled to perform in Madrid’s renowned Casa Patas tablao, which closed down recently. For their first show, they asked several first-rate cantaores to perform alongside them, which resulted in an unforgettable night for all those in attendance. I remember that Guadiana and Potito were among them. But the one who really stood out was an artist who was just starting to make a name for himself, Dieguito el Cigala. He opened his mouth, sang a seguiriya and the party was over. No one dared to sing after him.

That was over twenty years ago. Dieguito has now become Diego, a world celebrity, perhaps the most sought-after cantaor in our days. Ever since Bebo Valdés showed him all the riches that could be made singing boleros, Cigala has felt an increasing fondness for Latin rhythms — it wasn’t by chance that he became a citizen of the Dominican Republic in 2014 — as he has every right to do. Yet, his scheduled performance at the Centro Comercial Bahía Sur in San Fernando (Cádiz), part of the concert series ¡Bahía en vivo!, seemed like a good occasion to assess how much flamenco was left in this artist from Madrid. Perhaps we should start by saying that Cigala radiates flamenco even when he sleeps. His piercing voice, his ease with melismas, everything about him has a definite flamenco feel. The fact that he brought two guitarists and one percussionist reinforced our belief that this was going to be a flamenco evening. Yet, he could also choose to sing that repertoire of boleros that had made him so rich, tuning them por tangos or por bulerías.

The organization was perfect, and the public respectful with the health and social distancing regulations. The mosquitos from the salt marshes feasted on the attendees as Cigala opened with Si te contara, continuing with a tribute to Machín and Un compromiso, then turning to Argentina with Canción de las simples cosas, made famous by the great Mercedes Sosa, and returning to boleros with Julio Gutiérrez’s Inolvidable and Machín ‘s Corazón loco.

«The artists seemed to warm up a little with his hit Lágrimas negras before finally dabbing onto flamenco. He sang an endless series of tangos in the style of Camarón»

No objections, at least from yours truly, to a cantaor wishing to visit other musical territories. Besides the well-known links between Latin music and flamenco, no good aficionado dislikes a good bolero or a fierce tango, just like no one from Latin America can remain unmoved by a good cante or a guitar playing por soleá.

However, Cigala went through his repertoire rather half-heartedly, even cold, without making good use of his powerful voice and entrusting it all to his prodigious tuning. It was all rounded up by his very good band and by the enthusiasm of the public, captivated by the magnetism of the artist and by the sentimental intensity of the songs. Yet, perhaps it wasn’t enough.

The artist seemed to warm up a little with his hit Lágrimas negras before finally dabbing onto flamenco, perhaps aware that he was performing in La Isla de León. He sang an endless series of tangos in the style of Camarón and left the stage to let the percussion and guitars perform a pleasant — although a bit rushed — version of Chick Corea‘s Spain, closing por bulerías with the same disdain he had displayed during the whole recital.

In that moment, we had many questions. Could Diego El Cigala perform in San Fernardo and not mention even once the cantaor he undoubtedly owes the most? He could, although he hinted at José Monge Cruz, Camarón de la Isla, in the bulerías. Could he leave the stage without introducing the musicians who accompanied him on stage? Not only he could, but that is what he did. Thus, we never knew who those artists who supported him for an hour and a half were, and we were unable to applaud their work. And there was no hand program which would allow us to clear that up, of course.

Regarding what interests us the most, the strictly musical aspect: is there a return ticket for El Cigala’s Latin American trip? Six years ago, this cantaor recorded with Diego del Morao a live album with a wide range of palos titled Vuelve el Flamenco (“Flamenco is Back”), implicitly acknowledging that flamenco had left him. Let’s hope that Cigala never leaves flamenco altogether, but after twenty years of all that and with Casa Patas now closed, I’m afraid we’ll never again hear Dieguito sing por seguiriyas like he did that night, so long ago. 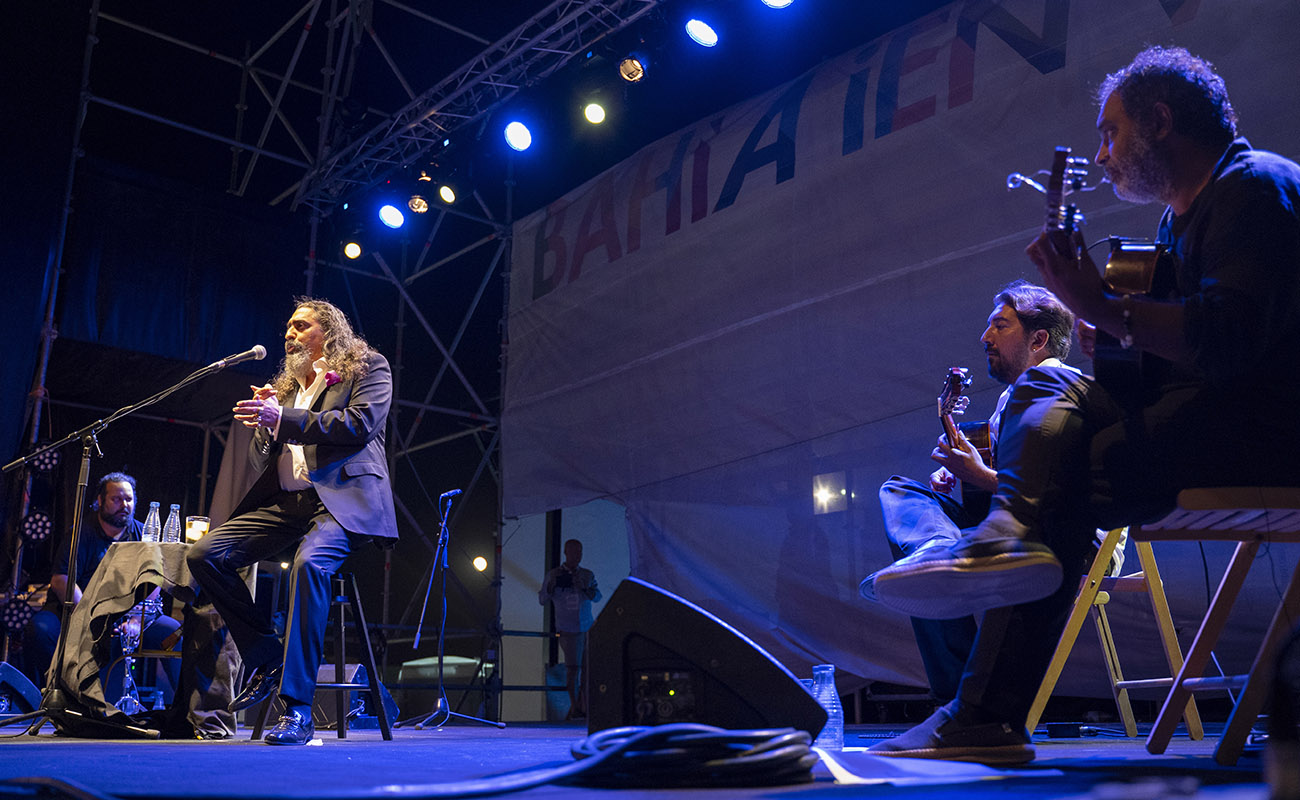