Cristobalina Suárez, Miguel Funi’s wife, was the subject of that episode, so I looked forward to finally hearing the lady people spoke so highly of. 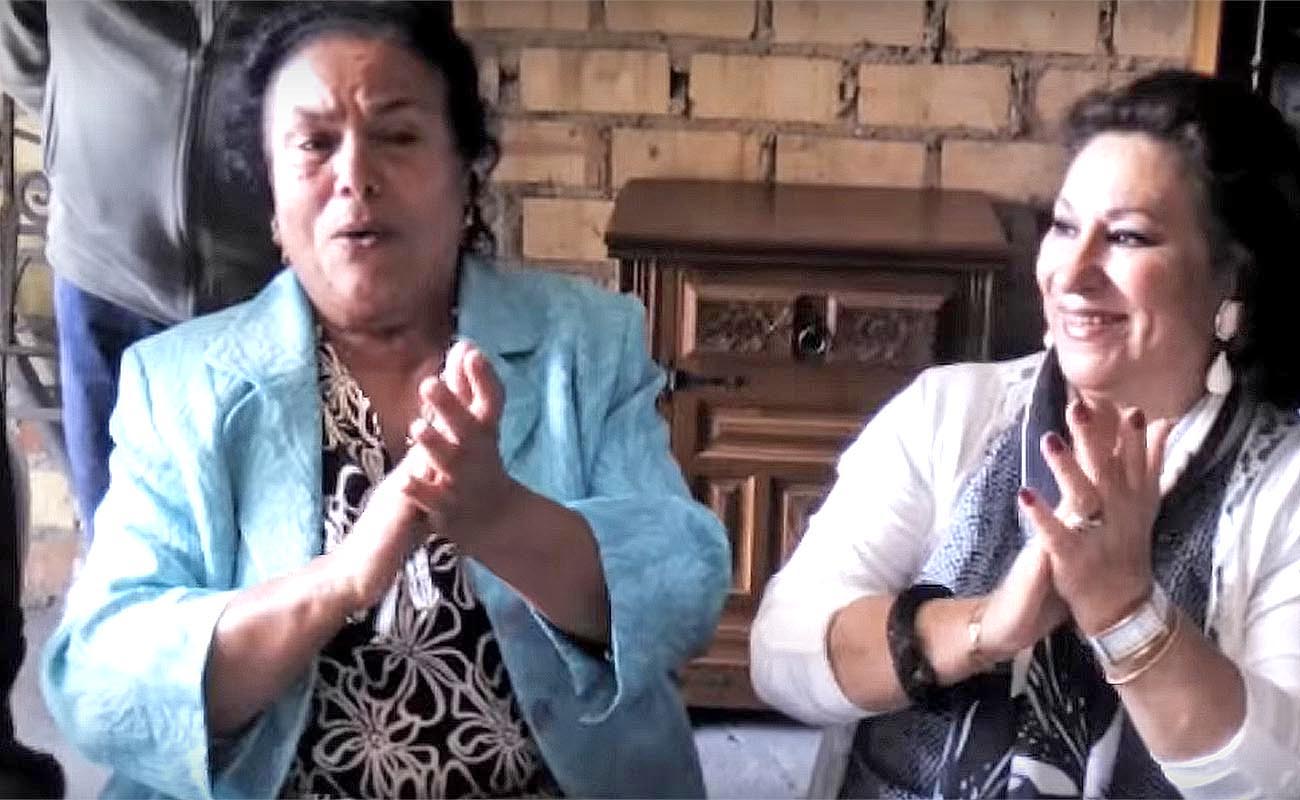 With the world crumbling into sad little pieces right before our eyes, here I am still clutching memories of simpler times when flamenco wasn’t a “cultural industry”, nor was it even for sale much of the time.

In the early 1970s I used to spend winters in Morón de la Frontera as caretaker of the Finca Espartero, a country house a few kilometers outside town which served in summer as a sort of flamenco retreat where lodgers would spend a week or two soaking up what they could of a kind of flamenco not usually available in tablaos, night-clubs or theaters. Home-grown flamenco, rough around the edges to just the right degree.  During the wintry off-season, after long fiestas with nothing open in the wee hours to keep the flamenco flowing, artists from Morón or elsewhere sometimes ended up pounding on my door innocently thinking the finca, at one time owned by Pepe Pinto, and with its history of freewheeling flamenco, was a sort of roadside inn.  For me, it was a flamenco-lover’s dream come true, needless to say.  Always on hand, plenty of cheap red wine, home-cured olives from the grove and more often than not, a pot of boiled chickpeas with olive oil.  That was enough to get people revved up again to keep chasing after the duende.

That’s how I met Miguel Funi and Pedro Bacán (1951-1997) from Lebrija, festero and guitarist respectively.  Two terrific artists and good people we’ll focus on another day.  I had heard Miguel’s wife was a wonderful singer, and asked him why she had not come along, indeed, why she had never become professional.  Miguel quickly answered “because I didn’t want her to”, and I didn’t pursue the topic.  During those years married women did not usually perform in public, so it wasn’t all that surprising.

A year or two later, on November 6, 1972 to be exact, I was in Casa Pepe, the popular Morón bar, watching the only public television set in town for the weekly episode of Rito y Geografía del Cante presented by our dear friend, José Ma. Velázquez Gaztelu. Cristobalina Suárez, Miguel Funi’s wife, was the subject of that episode, so I looked forward to finally hearing the lady people spoke so highly of. 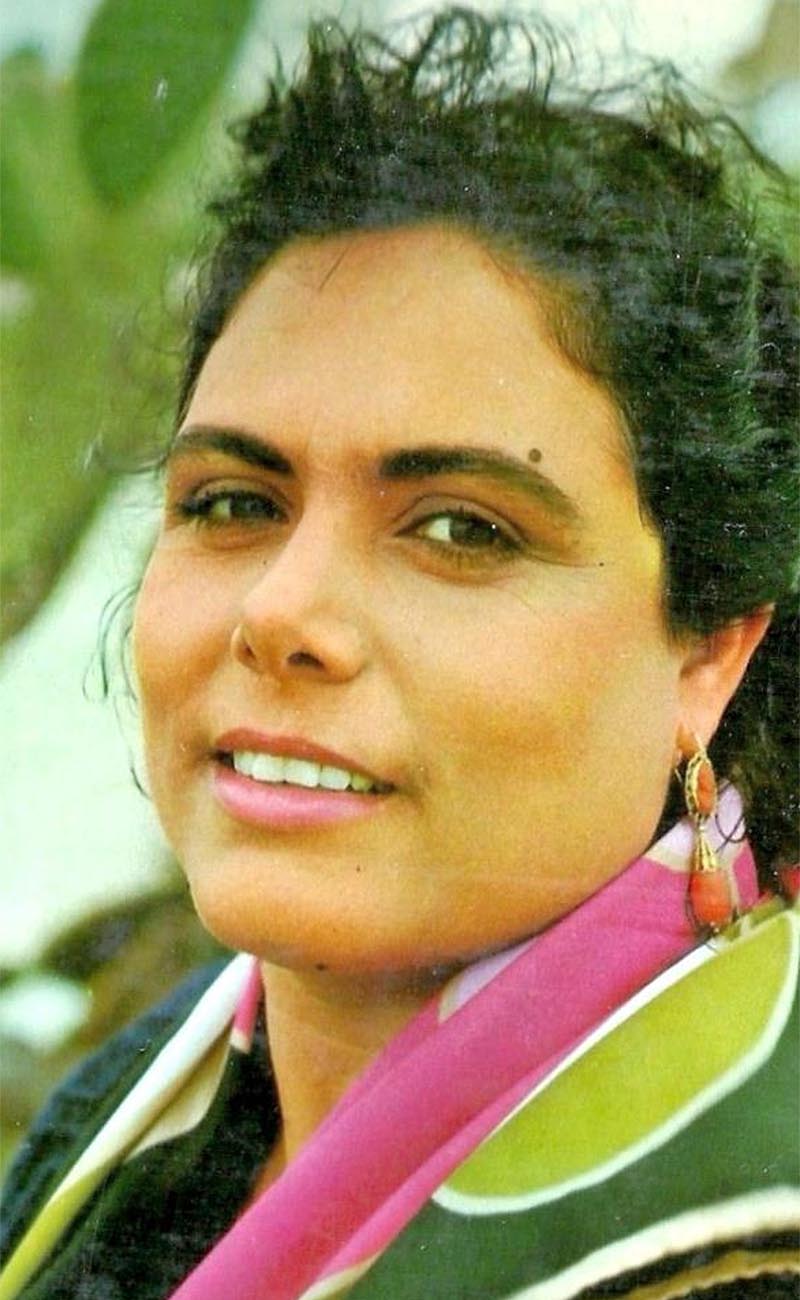 In this episode of the historic series, filmed at the home of Cristobalina’s parents, she explains that although from Sanlúcar, she has been living in Lebrija for many years, singing at family gatherings, never becoming professional because “I’m just another gypsy girl”, although she clarifies that she’s not afraid of being on stage.

Cristobalina has a sweet but edgy voice with a haunting natural delivery typical of Sanlúcar, Lebrija and Utrera, which is the title of her one recording (AC 40.026 1974). The Camarón sound had not yet saturated the atmosphere in 1972, and Cristobalina’s singing personality is unmistakable and very flamenco.

When asked if she and her then-husband Miguel Funi had influenced each other’s cante, she says no, attributing differences to Miguel being from Lebrija, province of Seville, while she is from Sanlúcar, province of Cádiz, although the distance between the two towns is only 20 miles (about 35 kilometers).

She says there are no artists in her family (this is 1972, Aurora Vargas had yet to be discovered) except her cousin, singer María Vargas, adding that in general there are very few singers left.  Cristobalina recalls how her grandfather, Juan Vargas, sang to her as a small child, the same grandfather María Vargas recalls as a source.  Interestingly, when asked who else she listened to, she names Perico Frascola, a Sanlúcar singer of seguiriyas, martinetes and cantiñas who died in 1915, 21 years before she was born, and who left no recordings.  By 1972 Antonio Mairena had sorted out historic attributions which had not previously been of interest to most singers, particularly non-professionals.

Cristobalina is accompanied by Pedro Bacán for cantiñas with a flavor of times past.

For siguiriyas without guitar accompaniment, she marks the rapid tempo that was common before dancers pushed the speed down for dramatic effect.  You have to love the tangos with the small child on her lap, half asleep as her mother takes us through verses that include “vámonos pa’ Utrera” and references to Utrera’s Virgen of the Consolación.

The episode ends with bulerías sung to a portrait of grandfather Juan Vargas, and charming dance bits, including that of Cristobalina’s and María Vargas’ uncle Paco Vargas.

Do check out this jewel of a video with English subtitles: