A man and woman dancing flamenco together as a couple is probably the most stereotypical image people throughout the world have of flamenco.

A man and woman dancing flamenco together as a couple is probably the most stereotypical image people throughout the world have of flamenco, and professional dancers used to cater to that fantasy with choreographies that might represent courtship, seduction, the occasional falling-out, even footwork “dialogues”, all of which fed the persistent belief that “flamenco dance always tells a story”.  But nowadays, solo dancers are the norm, while partnered dancing can appear outdated.  Today’s interpreters enjoy being able to exhibit their personality, and react freely to the inspiration of the moment.  Any sort of tandem dancing involving two or more individuals doing the same steps in unison, including of course the typical dance company with numerous components, as well as sevillanas and folkloric dances, has the effect of locking choreographies in fixed forms, and individual creativity is squelched.

Throughout most of the 20th century, flamenco dance couples were common, and a few became legendary.  Dancer Vicente Escudero (Valladolid 1885-Barcelona 1980) presented his avant-garde ideas in numerous works with his partner, Carmita García in a collaboration that lasted more than 40 years, although he was better-known for his solo work.  In the 1930s Frasquillo and La Quica were a famous couple who toured with singer Antonio Chacón, and whose daughter Mercedes also formed a successful dance team with her husband.  Known as Mercedes y Albano, they went on to open one of the most popular dance schools in Madrid.

Another pioneering couple was Susana y José.  Swiss and Catalan respectively, both were born in 1919, and lived to over ninety.  Between 1948 and 1970, in addition to choreographing and teaching, they toured the world with high-quality presentations, and a varied repertoire of flamenco and Spanish dance.

But the great superstar partnership was Antonio and Rosario, “Los Chavalillos”.  Seven and ten years old respectively when they first performed together, they successfully toured the world for more than three decades, establishing moves for coupled flamenco and Spanish dance that were adopted by others.  When their partnership ended, Rosario (Seville 1918-Madrid 2000) continued alone with somewhat less success, while Antonio (Seville 1921-Madrid 1996) went on to do some of his most noteworthy work. 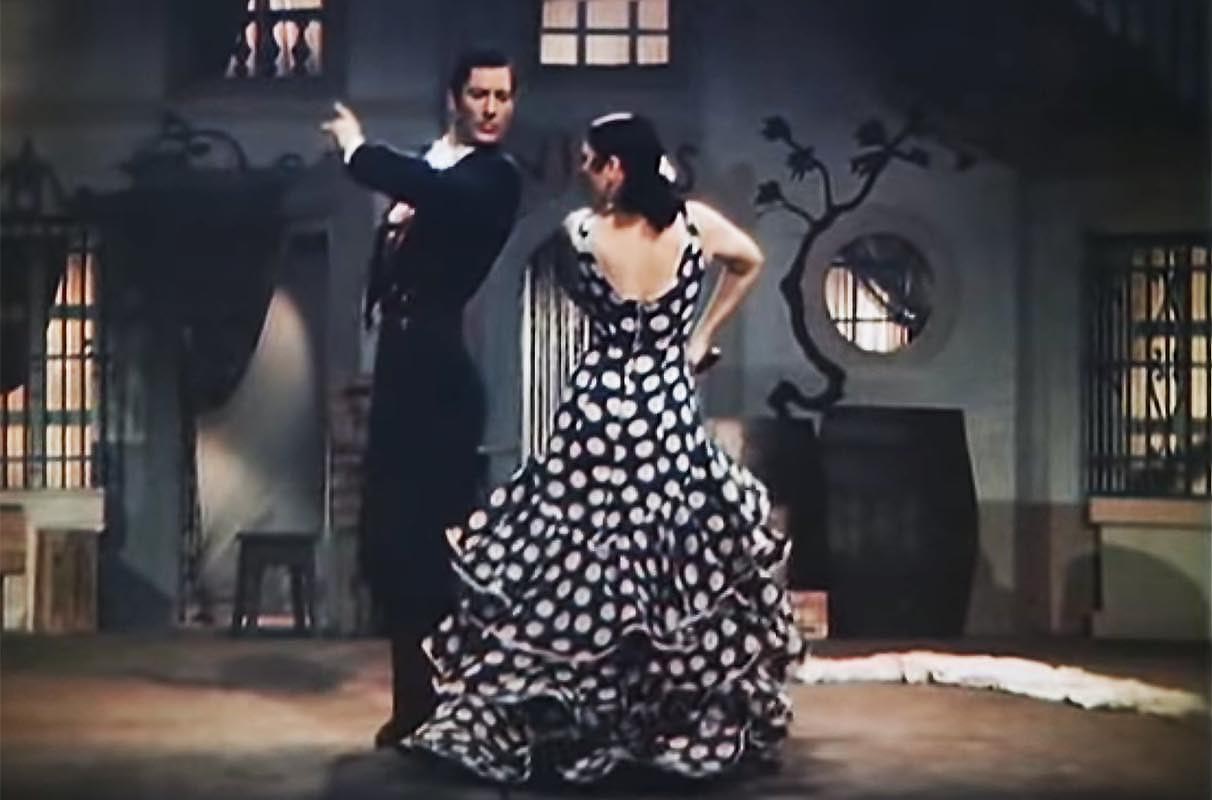 In the 1952 documentary Duende y Misterio del Flamenco, audiences had the chance to see grande dame Pilar López (San Sebastián 1912-Madrid 2008)  perform a sober caña in duet with Alejandro Vega.  But she is better remembered for her solo interpretations, and her ability to inspire and form young dancers.  In the same documentary, we see Mexican dancers Roberto Ximénez (Mexico City 1922-2014) and Manolo Vargas (Jalisco 1912-Mexico City 2011) known as Ximénez-Vargas, who formed a successful dance partnership that lasted decades.

Carmen Amaya (Barcelona 1918-Bagur 1963) had a large repertoire of duets with Antonio Triana, but her bigger-than-life artistic personality is too overpowering to think of her as anyone’s dance partner.  José Greco (Italy 1918-Pennsylvania 2000), another superstar, danced with his three wives – one at a time – Nila Amparo, Lola de Ronda and Nana Lorca, but on the viewing screen of the mind, the images that appear are of Greco’s elegant solo work.

From the 1950s the Madrid couple of Toni El Pelao and his partner La Uchi toured the world and performed at the capital’s best flamenco clubs (tablaos), defending the most classic kind of flamenco, including traditional ruffled shirts, slick hair and powerful choreographies. 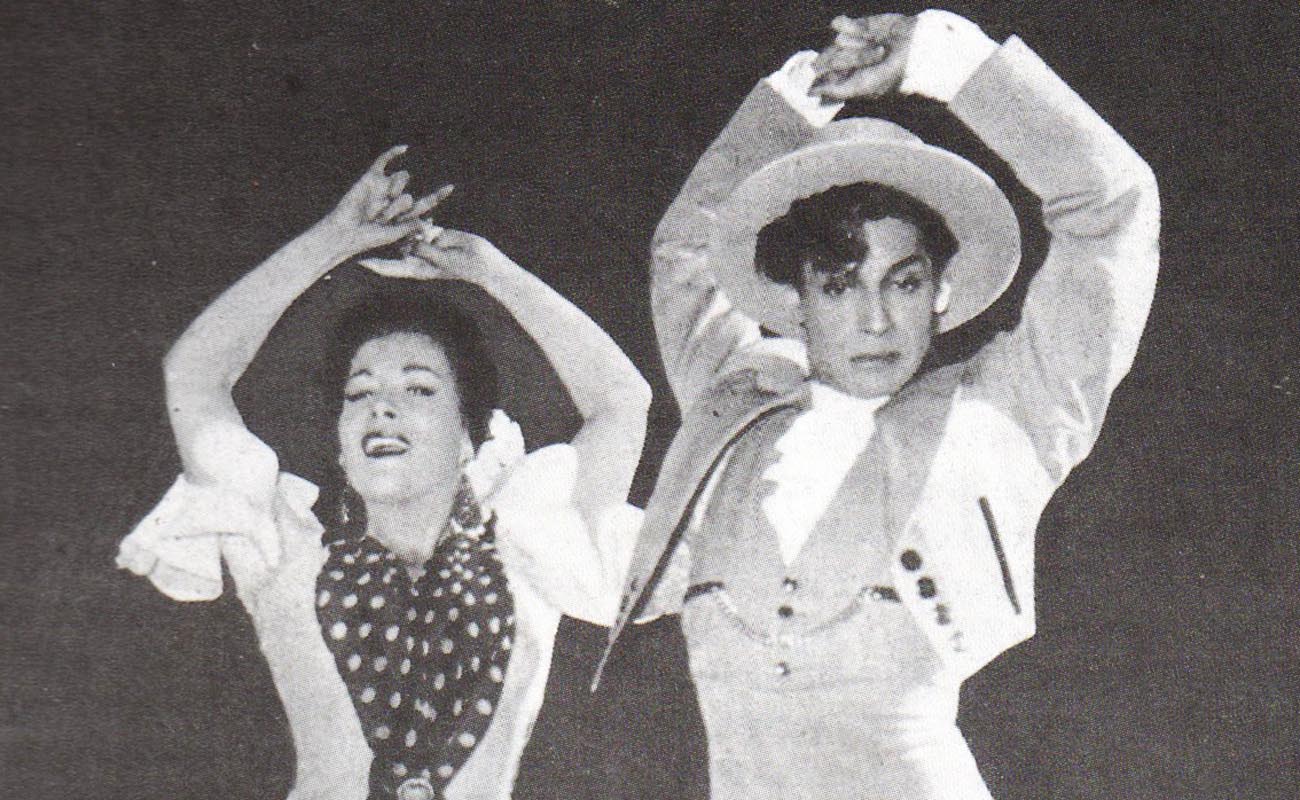 The collaboration of the great Antonio Gades (Alicante 1936-Madrid 2004) and Cristina Hoyos (Seville 1946) is especially remembered thanks to the films of Carlos Saura, but Gades’ most famous duet is actually the spectacular slow-motion knife fight duet with Juan Antonio Jiménez at the end of Blood Wedding (1981).

There have also been some well-known trios of dancers. The unforgettable Trio Madrid, composed of Mario Maya (Córdoba 1937-Seville 2008) with Carmen Mora (Madrid 1930-Mexico 1981) and El Güito (Madrid 1942) provided meticulous sobriety and geometric precision resulting in a kind of eloquent minimalism that was more potent than the dynamic style of other interpreters of the era. Another very successful trio was Los Bolecos, composed of Matilde Coral (Seville 1935), Rafael el Negro (Seville 1935-2010) and Farruco (Madrid 1935-Seville 1997), two magnificent male dancers with the sweet Seville school of Matilde.

The contemporary-inclined Nuevo Ballet Español founded in the late 1990s by the duo of Ángel Rojas and Carlos Rodríguez, is another male flamenco dance team. For many years they produced creative alternatives to outdated concepts, while never losing sight of the past.

In modern times we might still see Jerez dancer Andrés Peña perform with his partner, Pilar Ogalla, or even catch Andrés Marín in a duet with Concha Vargas, a brief but brilliant collaboration that was worthy of the Giraldillo prize for “Magic Moment” in the 2010 Bienal de Flamenco de Sevilla. 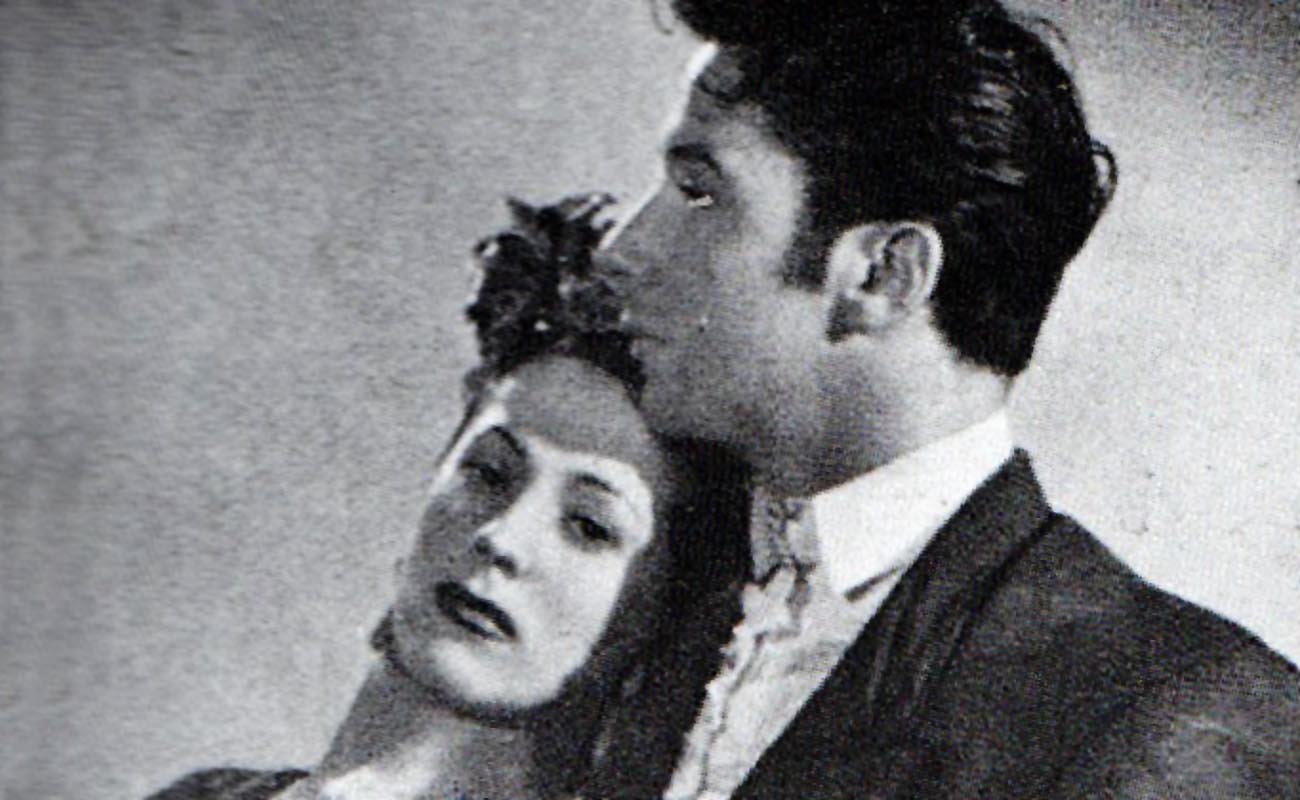 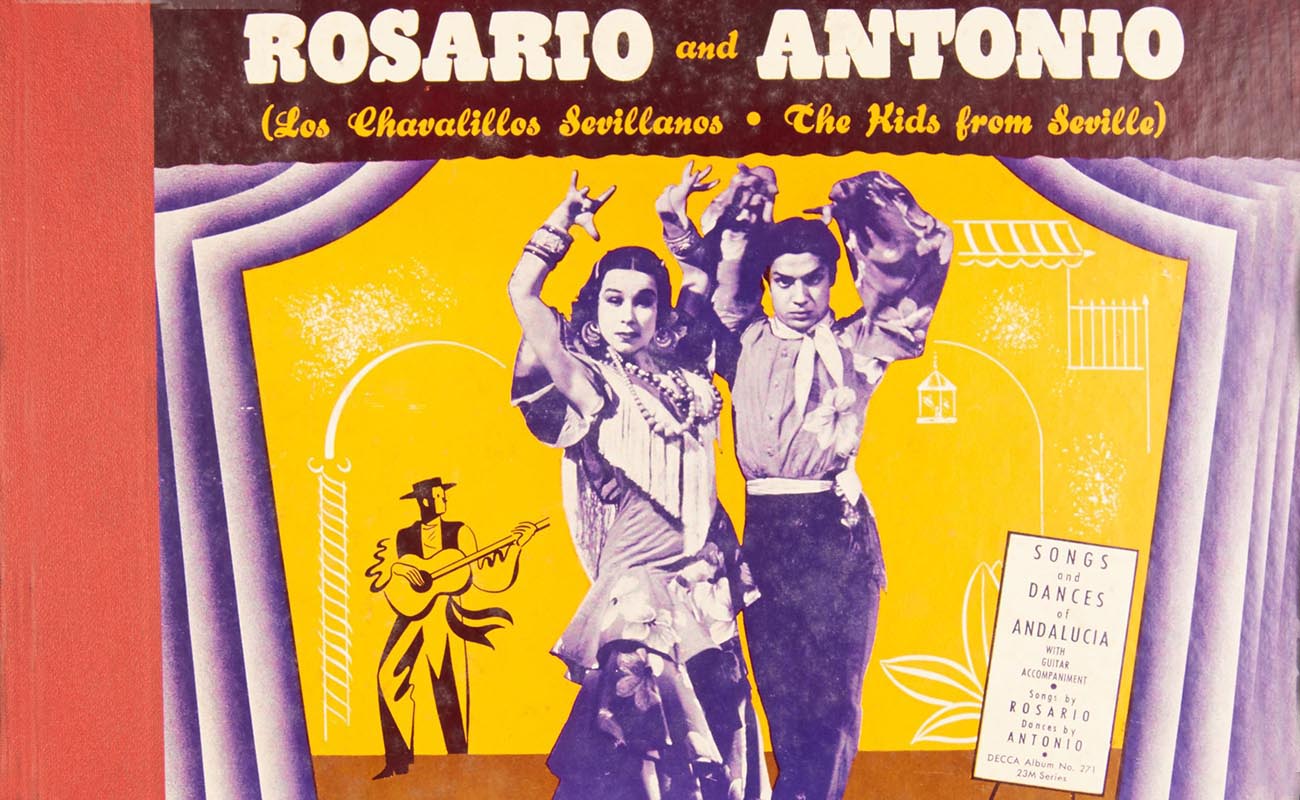 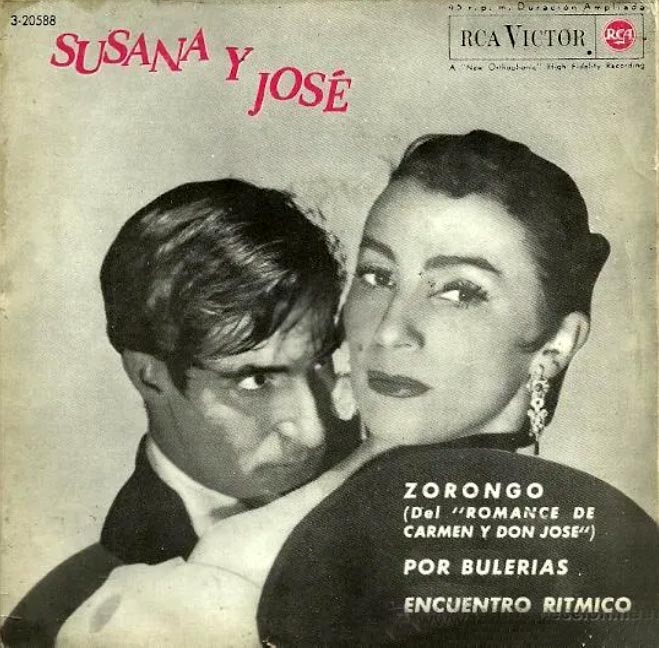 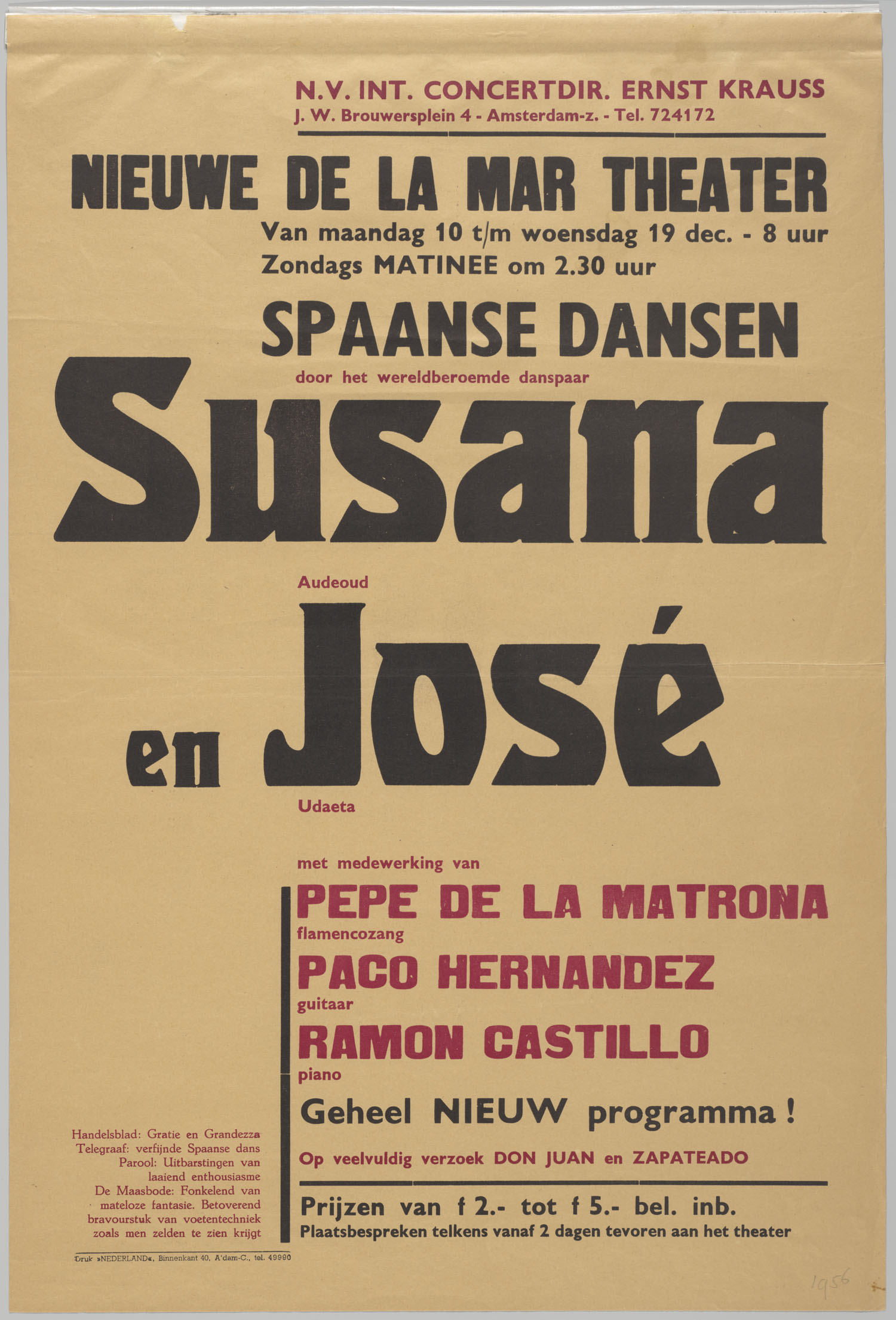 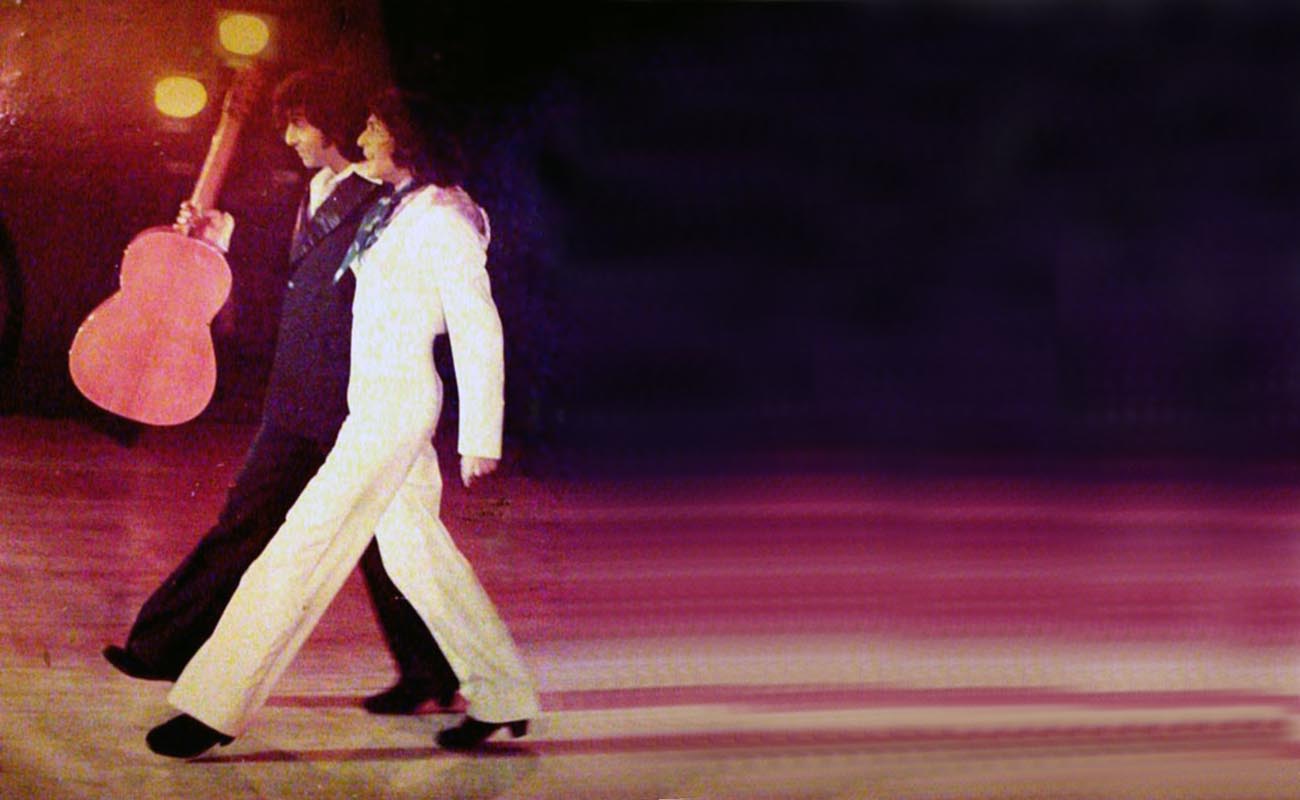