Those were the days when flamencos enjoyed singing and dancing for one another, and neighbors didn’t complain to the authorities. Pepe had a kind of attic upstairs where an informal fiesta would sometimes take place. I remember Fernanda singing there… and Miguel Funi, Joselero, Anzonini and many others. Diego del Gastor practically lived there. 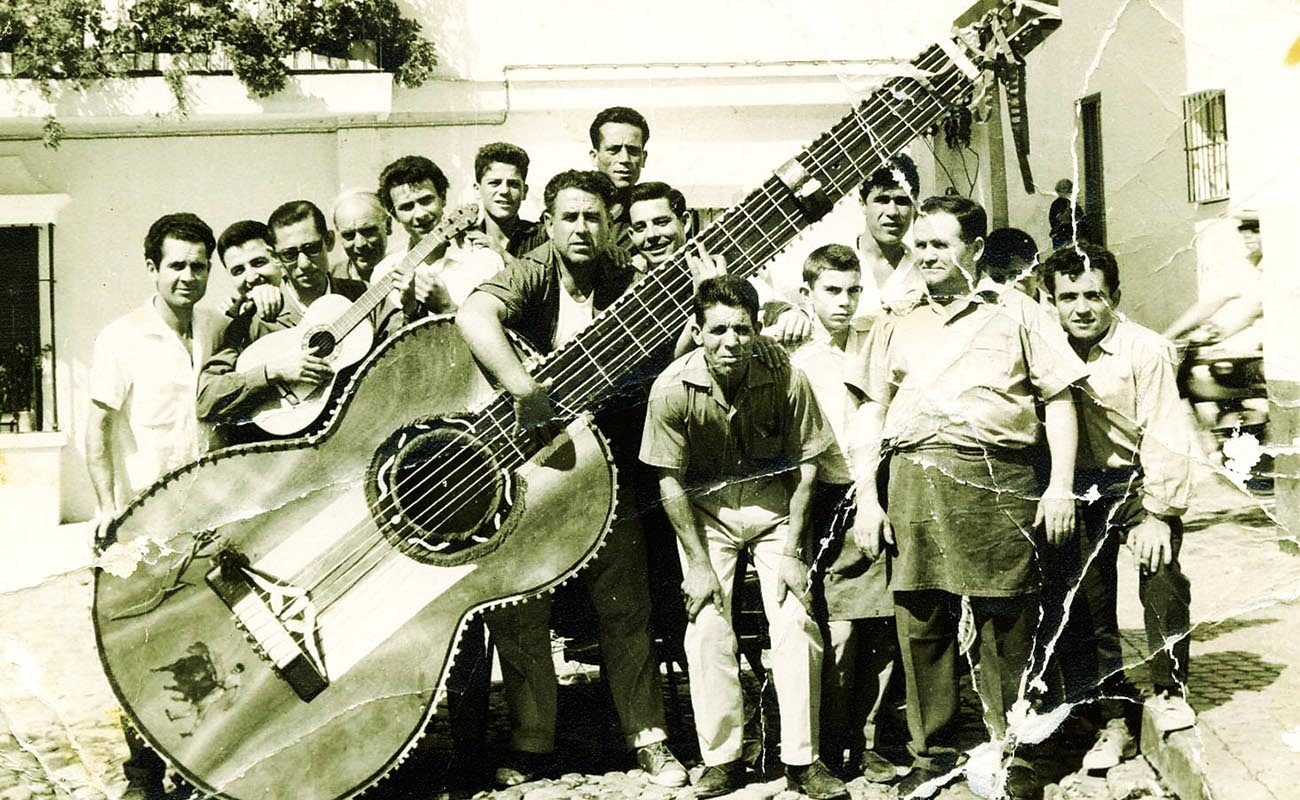 (Dedicated to my young friends from Morón who never knew those times of Ca’ Pepe).

Casa Pepe, a simple working-man’s bar that languished for decades in one corner of the plaza San Miguel in Morón de la Frontera, a small rural backwater with no train service.  The town where the legendary Silverio Franconetti spent his youth nearly two centuries ago, soaking up the “flamenco” of those early years at the blacksmith shops. It’s what the historians tell us.

Pepe’s bar, opened in 1956, was the typical humble place you could have seen in any small town of the era deep in the Andalusian interior, oblivious to the beach tourism that was rapidly making Spain “different”, as the famous slogan went. The floor was littered with napkins and olive pits, alongside one window men played dominoes, a barely enclosed urinal decorated one corner and simple tapas were served in addition to cheap wine and beer, as well as other drinks for those who could afford them.

Hard-scrabble times that lasted long after Spain’s Civil War, with a lingering aftermath in the form of poverty. Always the crushing poverty. Tap-water only on alternating days, bean stews daily.  Pepe put the first TV most people in town had ever seen, which did a lot to enhance business. People living in that stark but dignified scarcity were warm and friendly, philosophical, optimistic, always ready for a laugh or a bit of bulerías knocked out on the old wooden bar, and always a surreal sense of humor that comes to the surface so easily in this part of the world.

There was no ice in the drinks at Casa Pepe, and no Diet Coke, but Pepe’s wife made the best spinach with chick-peas I ever had, a traditional Andalusian dish especially popular in the province of Seville, and which was a welcome change from plain boiled legumes during those lean years.

Where was I?  Oh yes… In the late sixties and early seventies a steady trickle of foreigners would stumble out of the rickety bus from Seville that stopped down the hill by the Sindicatos, check in at the Fonda Pascual and head directly uphill for Casa Pepe. There was this one guy nearly always at the bar who would approach new arrivals:

The following day at the central market, those same new arrivals would discover the man sold tomatoes and cactus pears at a stand near the entrance, and in fact, knew nothing about flamenco.

People returning from fiestas in the wee hours would often end up at Casa Pepe for breakfast, and there would occasionally be singing, or even Anzonini del Puerto doing his moves. Those were the days when flamencos enjoyed singing and dancing for one another, and neighbors didn’t complain to the authorities. Pepe had a kind of attic upstairs where an informal fiesta would sometimes take place. I remember Fernanda singing there… and Miguel Funi, Joselero, Anzonini and many others. Diego del Gastor practically lived there, and the few tapas he consumed daily at Casa Pepe represented his food intake.

The last time I was in Morón, there was an appliance store where Casa Pepe used to be. I opened my eyes and ears as much as I could, but there was no trace of compás or ange, no laughter, no clacking sound of domino pieces slapping onto marble tables. A window had been cemented over and a small commemorative plaque placed years earlier to recall this landmark hung askew, aptly symbolic of the march of progress engulfing a way of life which now only lingers in the memory of a few of us seniors. 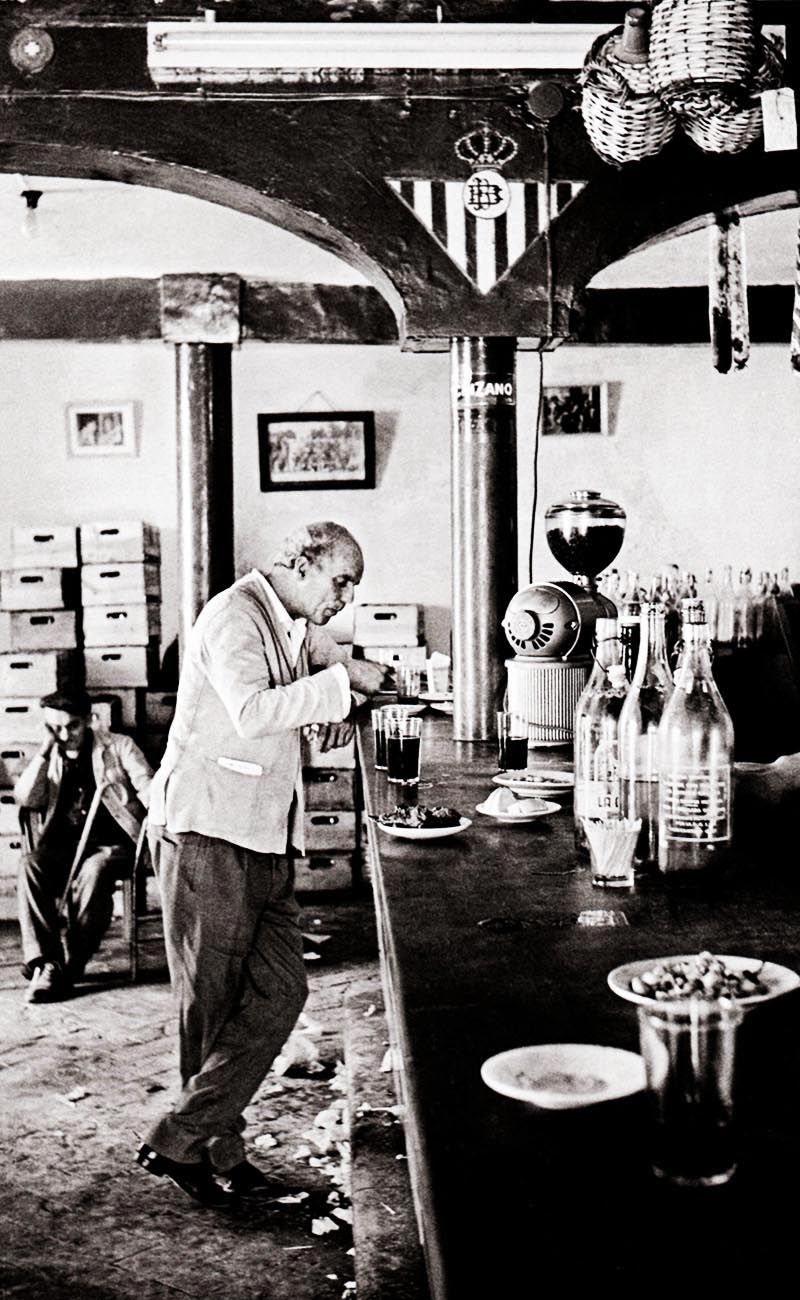 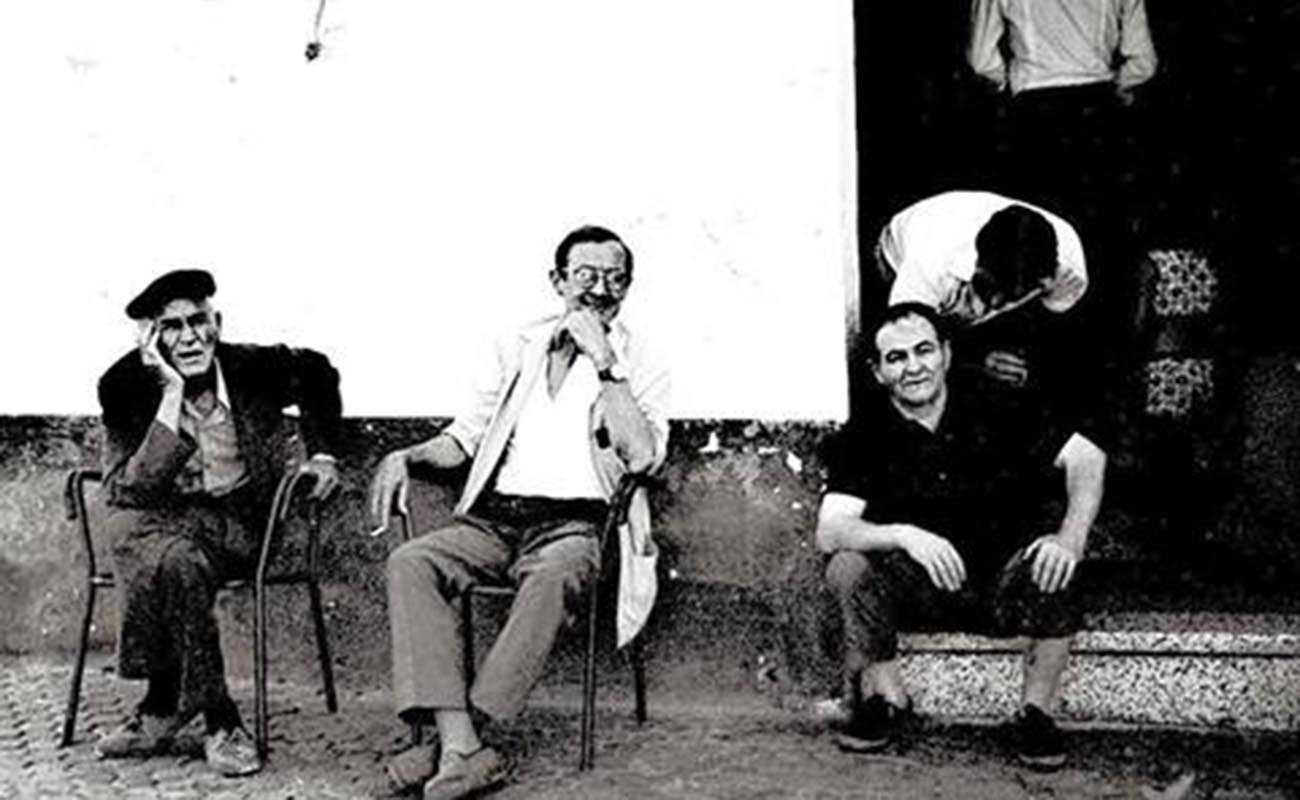 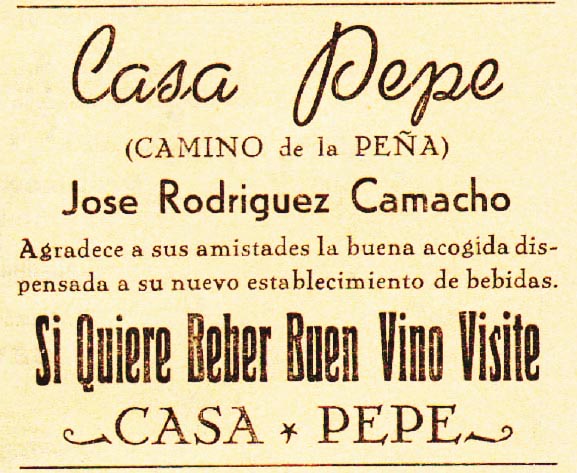