Everything you always wanted to know about flamenco music, but had no intention of asking. 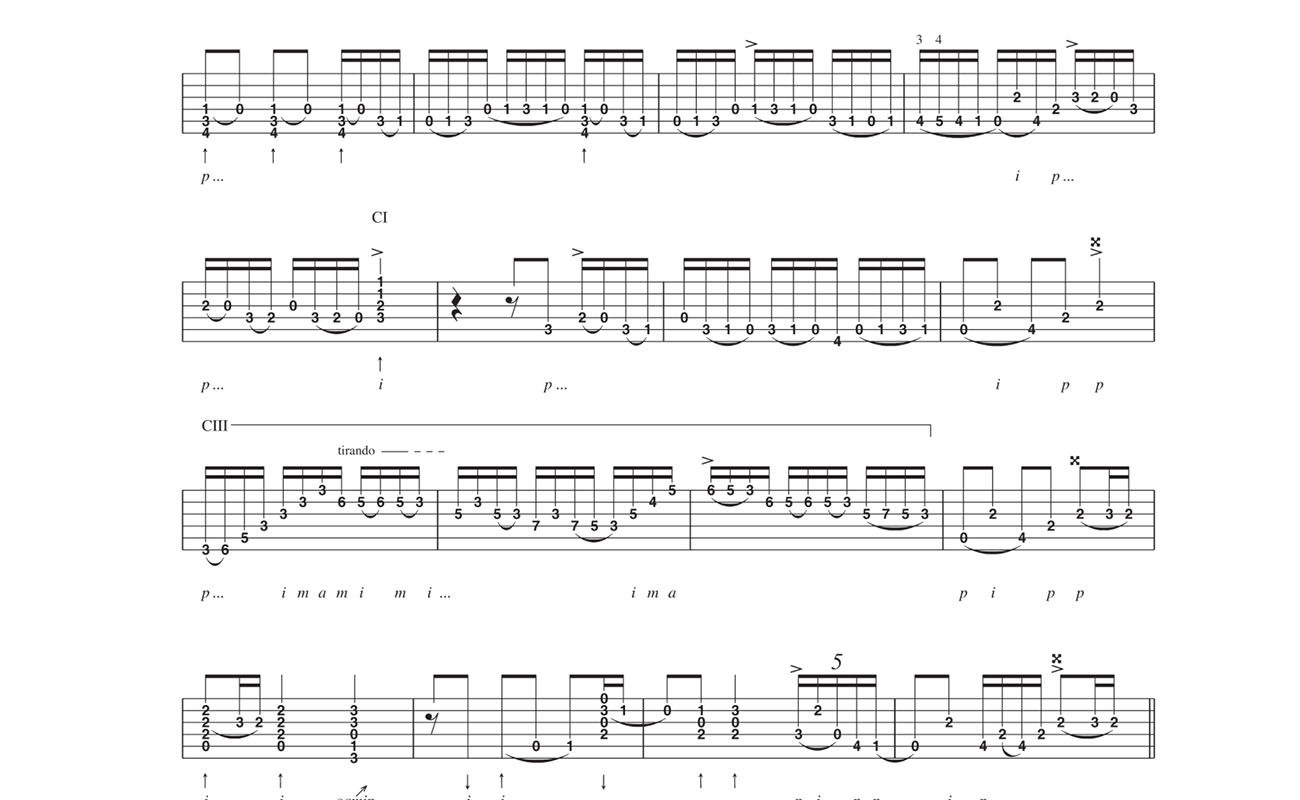 Well… not really “everything”, but a couple of basics. In my experience, many flamenco followers shrink away from any reference to the workings of the music. (I notice a lot of people just slipped out the back door…)

We all love the spontaneity and unpredictability of traditional flamenco, but understanding basic notions of how it works musically, greatly enhances enjoyment, although there are some romantics who insist flamenco isn’t music at all. To clarify: even the most primitive and anarchic flamenco relies on musical scales, hence, it is music.

A scale. A series of notes (tones) with measured spaces between them. On the guitar the concept is easy to grasp since the pieces of metal wire on the neck of the instrument, the “frets”, mark the separation between tones, which can be one space (a half note), or two spaces (a whole note).

Depending on the distribution and use made of the notes, we get the scales, which in flamenco can be one of three types: major, minor or Phrygian (the latter being the so-called “flamenco scale”). If a cante or form sounds light and gay like alegrías, that’s the major scale. If it sounds dramatic, like milonga, that’s the minor scale. And if it sounds mournful, with a slight aroma of the Middle East, that’s your Phrygian or flamenco scale used for so many forms. This is an extremely superficial explanation, but really, it’s already enough to enhance understanding and appreciation of the music of flamenco. Here’s a quick quiz: conjure up the sounds of soleá, caracoles and farruca. To what scale does each one correspond? Based on the emotion each one triggers, you should have no trouble identifying Phrygian, major and minor, respectively.

And if you’re still with me, you now know why siguiriyas cabales reminds you of guajira: because both forms use the major scale. When cabales closes out siguiriyas, the mysterious Phrygian key yields to the normally bright and happy major key of cabales, but our ears are still full of the flamenco sound of siguiriyas, so we get the brilliant emotional mix that makes cabales so special. A similar musical contrast occurs when, during the dance of alegrías, the guitarist will often play the slow so-called “silencio” or “falseta” in minor key, giving us a lovely break from the light-hearted major key of alegrías, which he then returns to when the slow segment finishes.

Many of the forms juxtapose scales in this way to create lush sounds that push and pull between dark and light, sad and happy, reflecting the very nature of flamenco. In particular, the entire family of fandango forms… fandangos de Huelva and naturales, malagueñas, granaínas, mining cante, etc… have great expressive range and musicality thanks to this type of tonal play. The combination of a scale, a compás (rhythm) and specific melodies is what defines each form or “palo”.

One of the most misunderstood, yet most quotidian issues in the music of flamenco is the meaning of “por medio” and “por arriba”. The singer says something to the guitarist like “tres por arriba”, and basic Spanish tells you he just said “three from above”, which sounds like gibberish. This is nothing more than the singer communicating his or her preferred vocal tone to the guitarist, because “por arriba” indicates an E-chord position of the fingers… visually “upwards” on the fingerboard… and the number 3 indicates that the capo, that gizmo that fits onto the neck of the guitar to raise the tone, should be placed by the third metal division or fret. Conversely, “por medio”, meaning “in the middle”, refers to the A-chord finger position, which is visually lower as you face the guitarist.

I hope this wasn’t too basic for seasoned flamencos expecting something meatier. Special requests for particular topics can be sent to jafelin@expoflamenco.com, i’d be happy to hear from readers.