Fifteen years ago, on September 1st 2006, Manuel Mancheño Peña, Turronero, said his final goodbye. How has this unique interpreter been so forgotten in just a few years?

He was the most contemporary singer from Utrera during that time of artistic evolution set in motion by Paco and Camarón who were intimate friends of his. Like so many other young singers of the era, Turronero built his career on the Madrid tablao circuit, most notably Torres Bermejas, where he would sing facing off with his friend Camarón.

More than 20 long-play records, nearly always accompanied on guitar by Paco Cepero, classic flamenco singing with a personality of his own that was unmistakable, with occasional social protest, bulerías and tongue-twisters, lively cantiñas, slow songs to tango rhythm, recordings devoted to sevillanas and tanguillos… How has this unique interpreter been so forgotten in just a few years?

Related to the Peña family of Lebrija, he was born in 1947 in Vejer de la Frontera, and baptized in Alcalá de los Gazules, but since childhood his identity was linked to Utrera where he was brought up and learned to sing, as he announces with this original bulería verse: My beloved Utrera, where I learned to sing, where I listened to Perrate, to Fernanda and Bernarda singing soleá.

I met him in Utrera one Holy Friday in the beginning of the 1970s. In the wee hours there was a fiesta in Bambino’s bar in the plaza where years afterwards the monument to Fernanda and Bernarda Jiménez would be erected to the beloved sisters. In those years the Gypsy Virgen was still carried down the Calle Nueva on Viernes Santo to the compás of bulerías as sung in this corner of the Seville countryside.  Fernanda was there, she tended to drop in at all fiestas, as down-to-earth as she was in earlier years before becoming the queen, generous with her singing and her warmth. 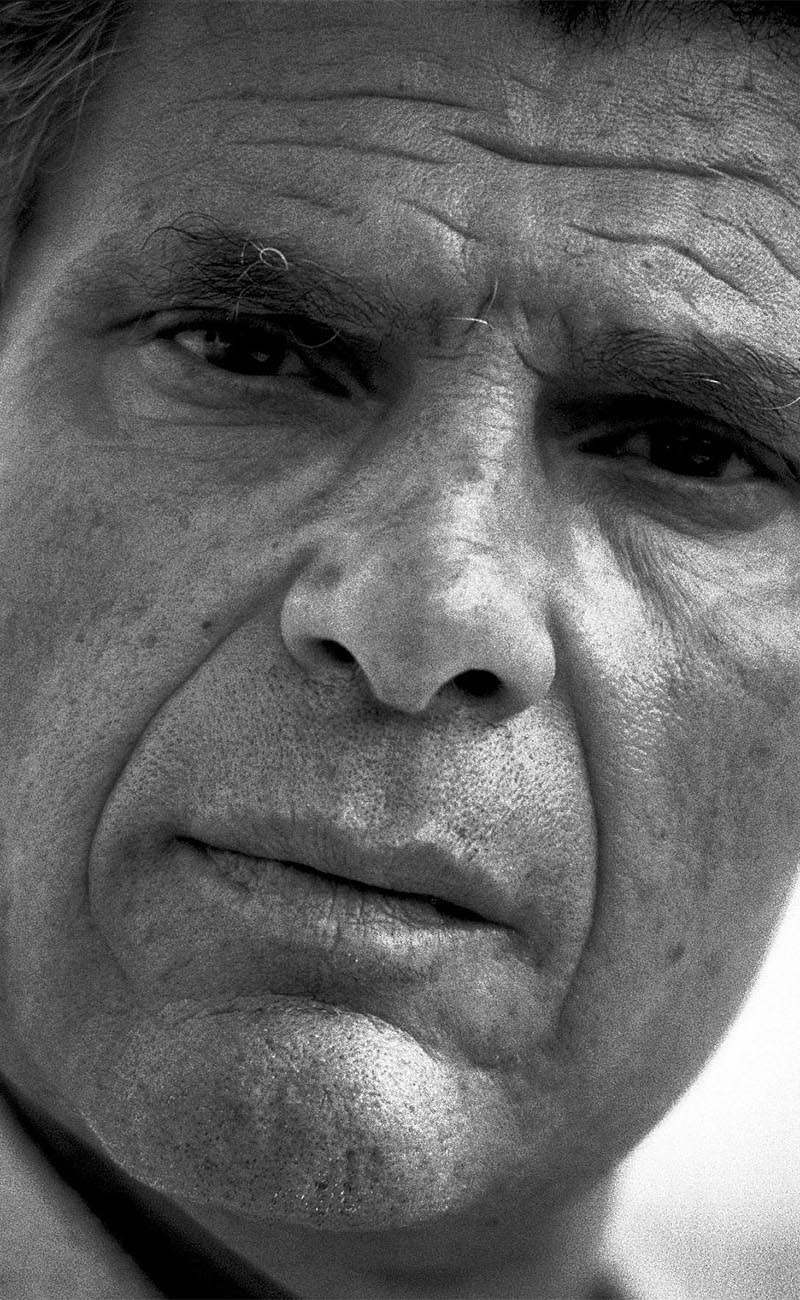 It was one of those times when you can’t believe what good luck you had to have landed in that place on that occasion. Good singers, no sideways glances or ego trips, everyone having a good time without cameras or cell phones. Ramón Priego provided the guitar-playing, as underestimated as his brother Pepe, both in demand in those days thanks to the power of their 6 plus 6 strings, 12 lethal weapons of compás and energy passed through the tenderizing sieve of Utrera’s take on flamenco. An oversized poster with Bambino’s face reminded us of the bar’s owner who was out of town at the time.

And there was Turronero, the up-and-coming star recently arrived from Madrid where he was enjoying a glorious moment of success and popularity. He belonged to that generation of young singers who bridged the classic era of Mairena – Turronero is on the anthology La Gran Historia del Cante Gitano Andaluz directed by Antonio Mairena – and the contemporary one that was gathering speed minute by minute giving flamenco a new feel.

That same year I was party to a conversation in the Utrera municipal center in which Turronero tried to convince Gaspar de Utrera to take over his job singing for Antonio Gades because he was busy preparing a recording. Although the money was good, Gaspar didn’t like the proposition because it required air travel, and no deal was reached.

November 29th, 1997 the world came tumbling down.  Our singer suffered a sudden dramatic illness that left him partially paralyzed and in a wheel-chair. The still young prince of flamenco lost his smile, and with it, his career and the desire to sing. He was placed in a residence for the mentally ill, which was no place for him as his mental processes were perfectly intact.

After a time he returned to Utrera. With a guitarist friend of mine from California we decided to go see Manuel, although we’d been told he could no longer sing. We found him at his usual hang-out, staring sadly at nothing in particular. He explained to us: the doctors say nothing in my throat keeps me from singing, but I can’t move my hands to keep rhythm, so I can’t sing.

It was then that my friend Requelo who was with us told the most beautiful lie I’d ever heard: Manuel, you must sing at least one verse of soleá because this guitarist has traveled thousands of kilometers just to accompany you. There was a long silence. Then suddenly a barely audible sound from Turronero. His voice, which had been so powerful, was now a trembling thread, and the surprise of hearing it after such a long silence, profoundly touched all those present.  That evening Manuel Mancheño Peña sang three verses of soleá with tears streaming down his face, El Turronero for flamenco followers and for posterity, always remembered by his admirers.

It makes me happy to share with readers the following heart-felt words of Triana Mancheño Montiel, daughter of Turronero:

For a long time after my father died, I had the feeling that the world of flamenco hadn’t acknowledged him as the creator and interpreter that he was, but then I realized the same thing occurred with other artists whom we’ve lost and who were equally talented. This virtual society of “use and discard” combines poorly with just recognition of a flamenco artist’s worth. People consume at the same pace they forget, and only artists with the most extravagant marketing campaigns are heard. It warms my heart that fellow artists, when I’ve been able to speak to them, always have beautiful memories of times shared with my father: You can’t imagine the hard times he rescued me from in Madrid…he saved me from my problems…

Flamenco is an art of minorities, and thank God, for a handful of authentic followers. My father’s name is engraved in artists’ heaven where he resides by his own merits as a singer and a person. Thank you Expoflamenco for remembering him, I’m sure he’d do his “one-sided” smile if he read this. 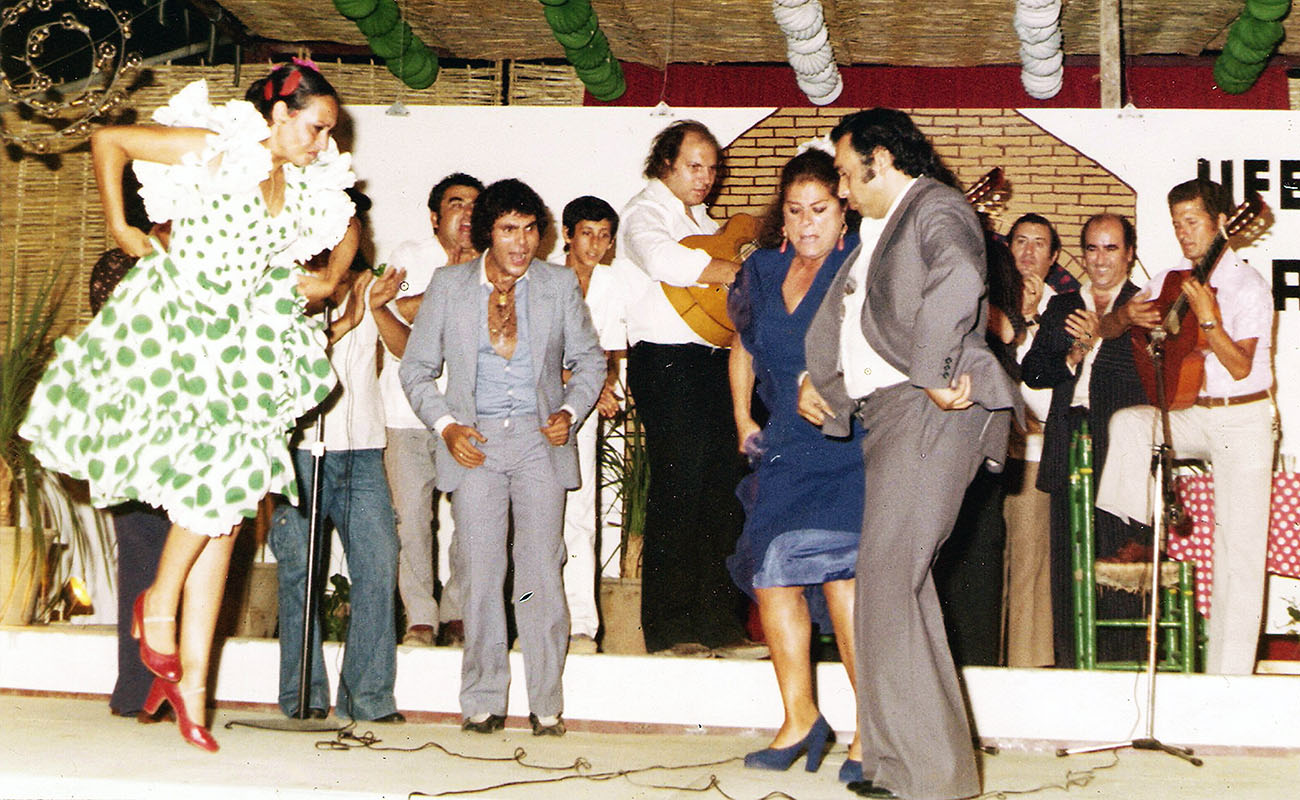 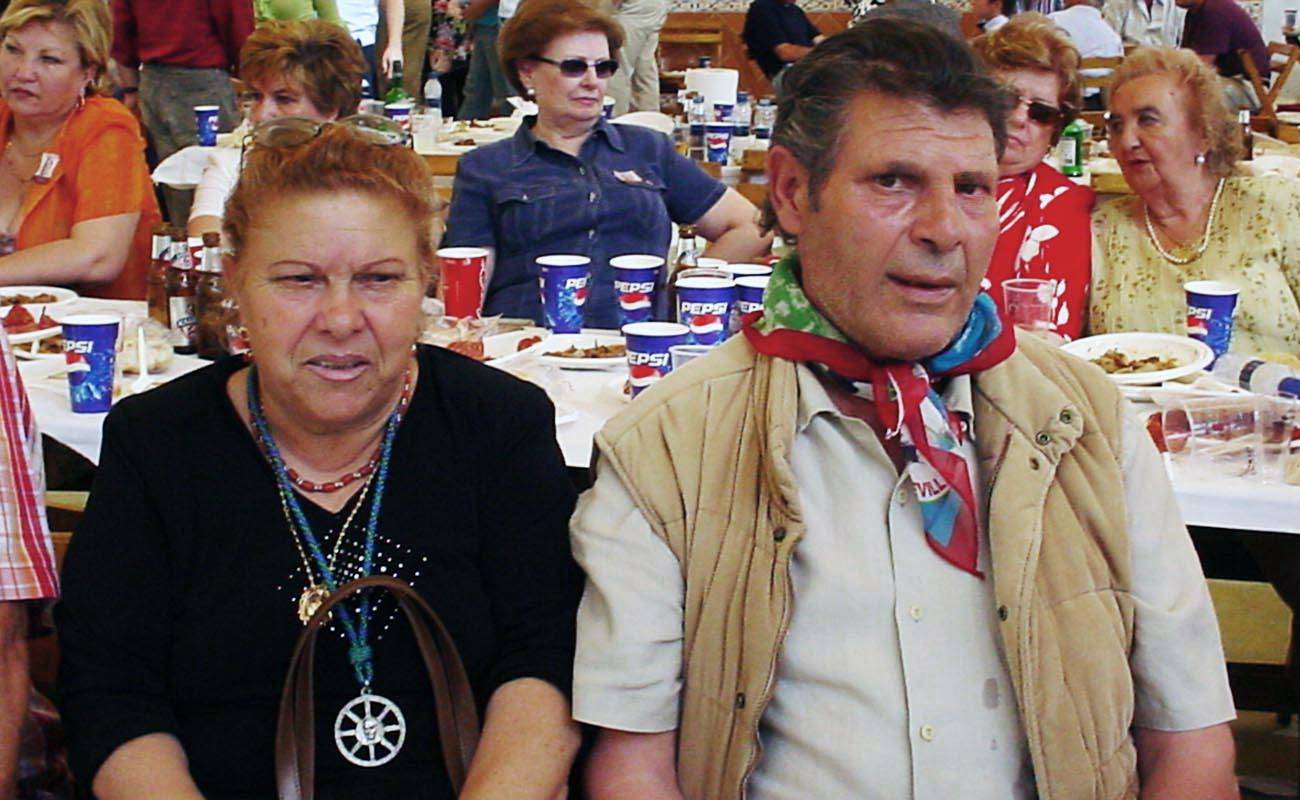 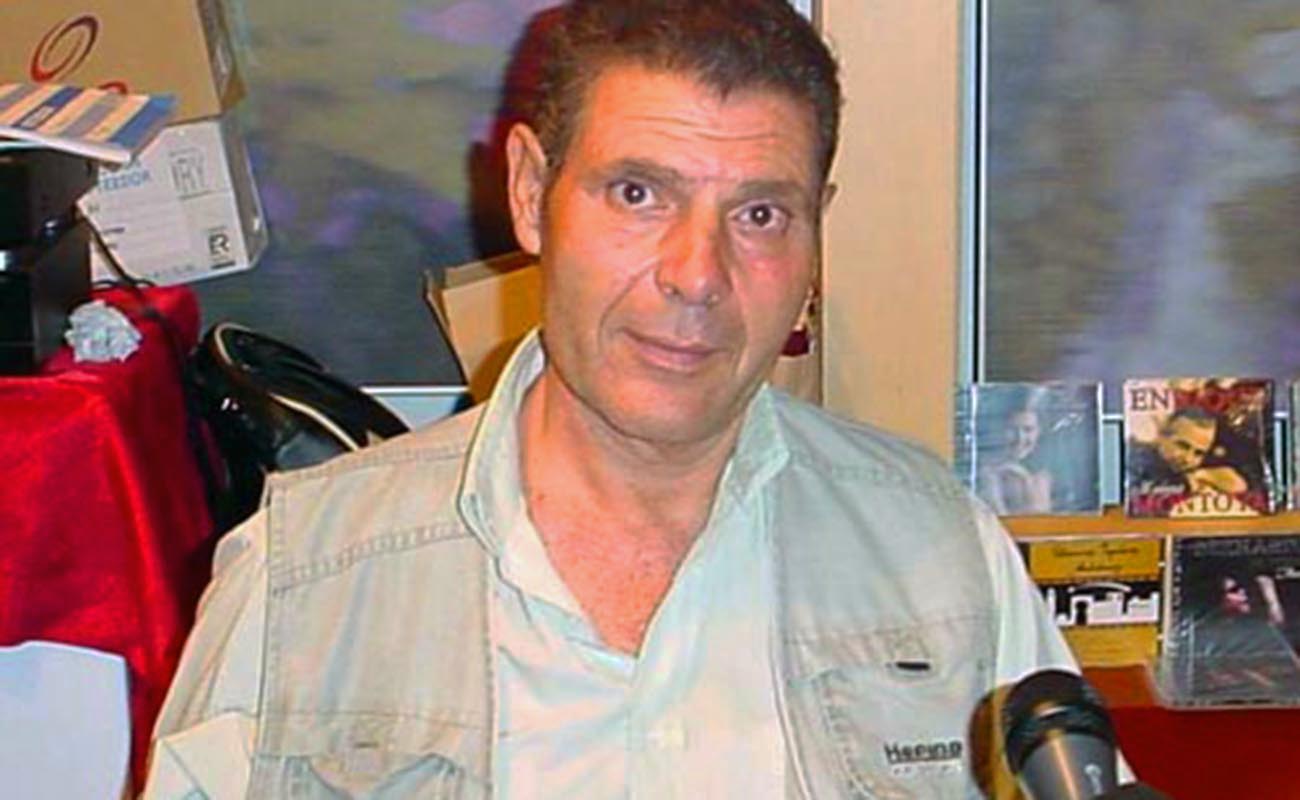 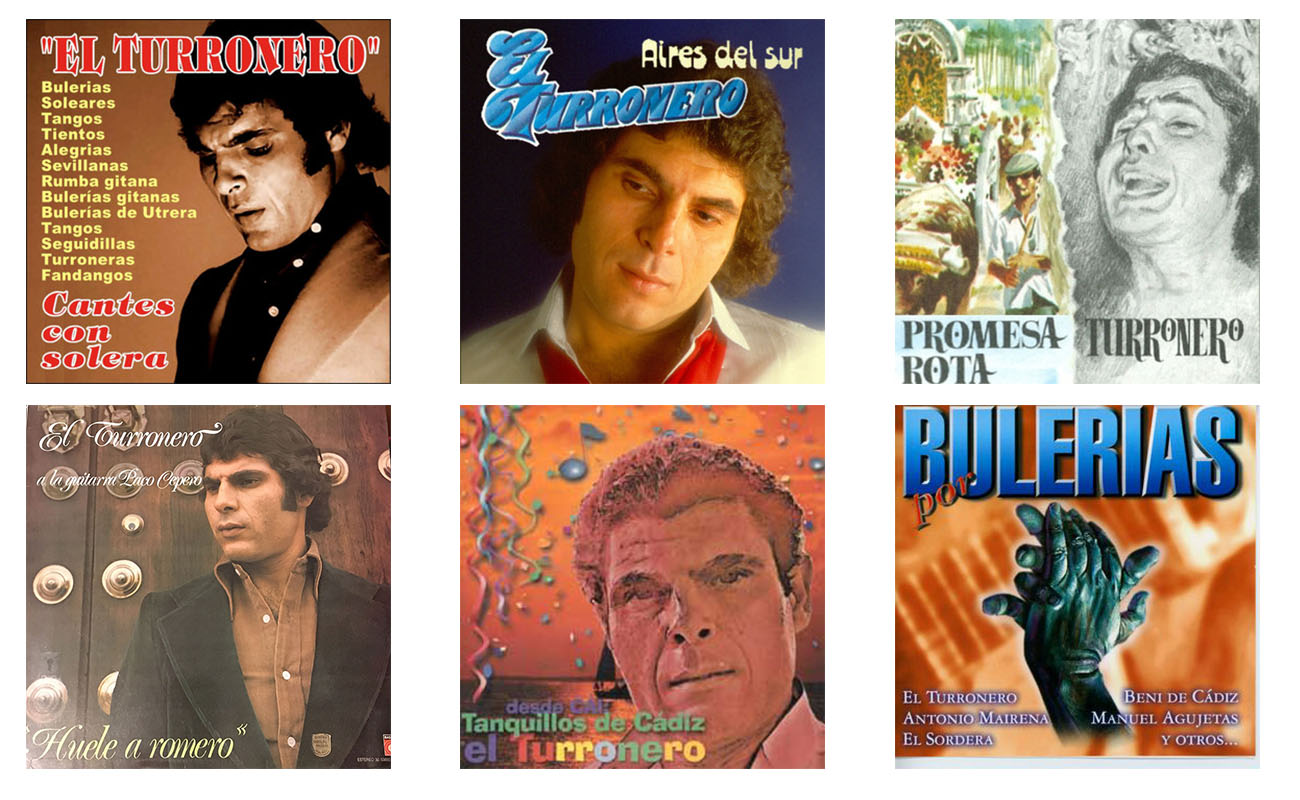