Home / International  / Holly Blazina: «Nothing has ever made me feel more alive than playing flamenco»

Holly Blazina: «Nothing has ever made me feel more alive than playing flamenco»

- What does flamenco mean for you? Nothing has ever made me feel more alive than playing flamenco! It contains a full range of expressive options and gives life’s dramas an avenue, so it doesn’t wreak havoc. I can also honestly say that flamenco saved my life. Before I began studying, I had chronic fatigue. Flamenco is one of several key 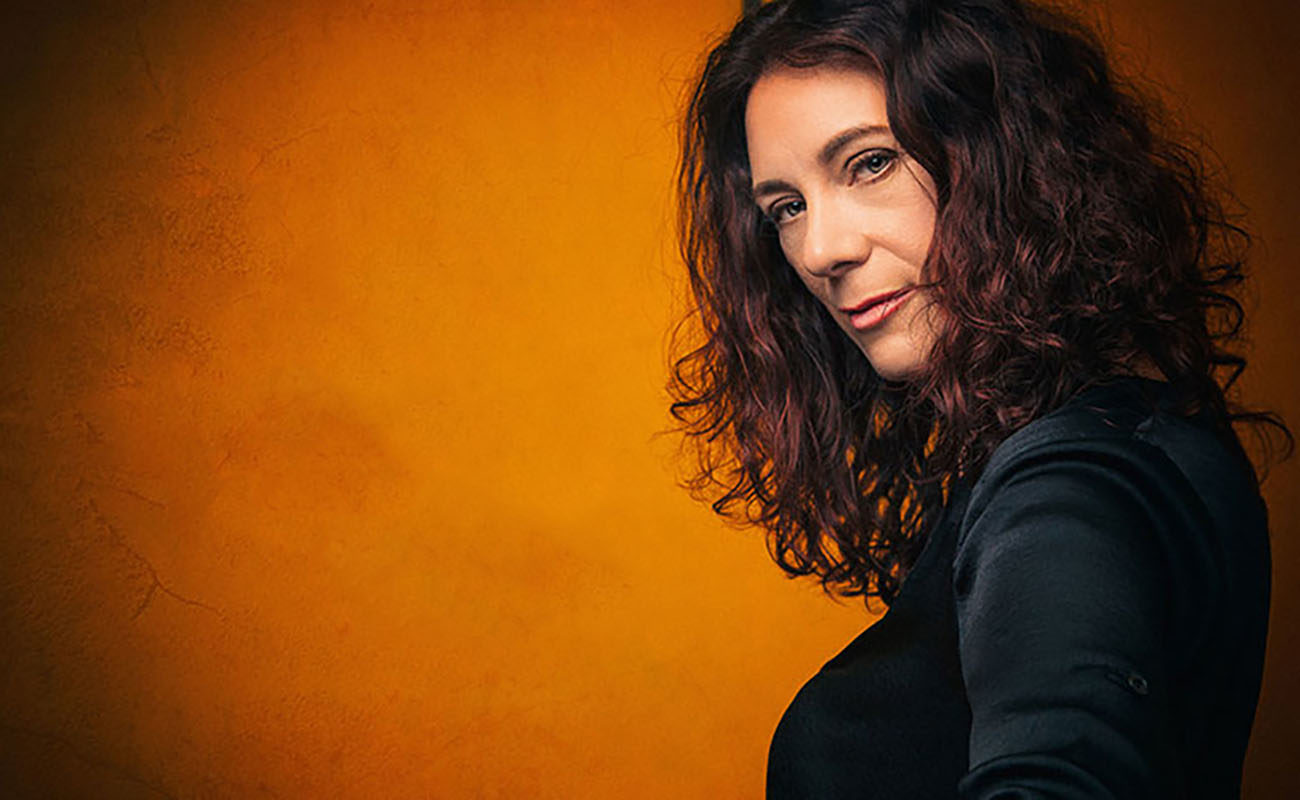 – What does flamenco mean for you?

Nothing has ever made me feel more alive than playing flamenco! It contains a full range of expressive options and gives life’s dramas an avenue, so it doesn’t wreak havoc. I can also honestly say that flamenco saved my life. Before I began studying, I had chronic fatigue. Flamenco is one of several key things that helped me come back to life!

– How did you discover flamenco?

For anyone playing nylon-string guitar, it’s only a matter of time before they are exposed to flamenco. In my case, I was studying classical guitar because I hadn’t found flamenco yet. My grandmother, who has always been a jazz lover, gifted me with Paco de Lucia’s album, Castro Marin, for my 17th birthday. For some girls, it’s horses; for me, it was flamenco!

– Who are the flamenco artists who have inspired you the most?

For guitar, it’s the usual suspects – Paco de Lucia, Tomatito, Vicente Amigo, Moraito, Diego del Morao and all of the modern greats. I heard Paco Fernandez’ album Sastipen Tali, and was so inspired that I contacted him to see if he would give me some feedback on the compositions for my debut album, Transcendencia. He generously agreed, so I spent a month in Seville studying with him in the winter of 2016.

Another artist whose work I adore is El Lebrijano. I love hearing the Middle Eastern influence in flamenco. I also really appreciate the creativity that Diego Carrasco brings to his art, because he really pushes the boundaries of flamenco and seems to have a lot of fun while doing it.

From a more local standpoint, I’ve been lucky to have received support and mentorship from Peter Knight, Oscar Nieto, Harry Owen & Veronica McGuire and Ricardo Diaz. Each has inspired me in their own way.

My path has lead me to Spain for relatively short, intense study trips. As a guitarist, study can be quite solitary, which for me, it often has been. For a few weeks at a time, I’ve had daily 90-minute private lessons with a very demanding instructor. After that morning lesson, the rest of my day was structured around mastering the material I was given so I can play it back to him the next day and learn more. I’m looking forward to having the luxury of spending more time just hanging out in Spain – which is also important!

– Have you ever experienced any prejudice or discrimination for being a female flamenco guitar player in a field that has historically been dominated by men?

I always thing people expect me to roll out the horror stories about this, but the truth is, I have always felt deeply supported by my teachers, colleagues and community. What I have learned over time is the importance of setting really clear intentions around creative relationships and walking the talk to be sure I’m not sending any mixed messages. I think it also helped that I studied for a number of years before I went to Spain, so my teachers there could see from the outset that I am serious about learning.

– What do you think is the greatest challenge for a classically-trained guitarist to become a successful flamenco guitar player?

For me, one of the biggest challenges was developing the right sound for flamenco, because I played classical guitar for so long. In teaching other classical players, though, I’ve learned that many of them struggle with the mindset in flamenco. The two styles can seem so similar, but the structure and the way of thinking about each is entirely different. Classical players need to understand that picking up an arrangement of a well-known flamenco piece, reading the music and reproducing isn’t what makes flamenco. Knowing the building blocks for each form is key, and being able to play and generate variations and change the arrangements in the moment is the name of the game. I’ve seen accomplished classical guitarists give up flamenco because they couldn’t get their head around playing 3 bars in a different order every time, but that’s where it starts.

It’s also fundamental to understand that everything about flamenco guitar has come out of the ensemble – the rhythms, the attack on the strings, the sound, the mental flexibility needed to improvise as things evolve in performance. I believe that the first flamenco guitars functioned in the ensemble as a glorified drum and evolved from that point to where it is today.

– What’s your opinion of flamenco performed outside of Spain?

The performers I like to support are those who have dedicated themselves to the art and the craft of flamenco. They have invested a lot into it – both by studying, but then also by putting the work into it outside of classes. One Spanish guitarist I took a class with said that she always has a lot of respect for people outside Spain who study flamenco seriously, because they really have to dig for the knowledge; whereas there, it’s so accessible. In that light, I’m really impressed with the professionals I’ve seen here.

– Is it possible to make a living playing flamenco guitar in Canada?

I like to think so. I’ve been really tenacious about it, but I wouldn’t say it’s been easy; I don’t think it is in any location or genre. Because flamenco also requires educating an audience here, I’m constantly creating opportunities and figuring out how to draw outside the lines.

– What’s your advice for anyone wishing to learn how to play flamenco guitar?

Start by being humble! Have fun at whatever level you can, because love of the art form will always bring the best results. Realize that everything about the flamenco guitar has its roots in the ensemble, so take private lessons AND find a group to play with. Listening is crucial! One of my teachers said he can tell immediately whether a player listens or not. I agree.

Don’t go to Spain too soon; make sure you’re grounded in the main forms and techniques first, because many come back and promptly quit. I once ran into a colleague from music school, a jazz trumpet player. I asked him how he was, and he said, “Fantastic! I just got back from Montreal. I was playing on stage with some really great musicians and I got my A** kicked!! It was GREAT!!!” I really learned from his attitude. Every time I go to Spain, I go with the idea that I’m there to learn about my weaknesses and improve, no matter how painful it is for my ego. I’ve never gone to show what I’m capable of or expecting my teachers to be impressed with me.

– Do you think flamenco can be properly appreciated and understood outside its original social and cultural framework in Andalusia?

On one level, none of us without the cultural background can really know what flamenco is all about. But I also think that there are many things about flamenco that speak directly to whoever has ears to hear it. There’s a reason why music is known as a universal language, and in that respect, flamenco is no exception. For my own part, I strive to keep learning, to make great music first, cultivate afición, and to connect with others who resonate emotionally with the music and culture. From there, we all learn together.

Holly Blazina knew she had found her home musically when first exposed to flamenco’s passionate, soulful melodies and driving rhythms. This quickly led to a lifelong commitment to the art of Flamenco. Holly regularly performs as a soloist, in traditional Flamenco ensembles, as well as with other musicians from the jazz, classical and world music genres, delighting and inspiring audiences wherever she plays. Holly produces her own public and in-home concerts and has built a sizable following of repeat private event clients. She was a featured guest at both the Calgary and Edmonton International Flamenco Festivals and participates as an instructor and performer each year at Calgary’s Classical Guitarfest West. Holly has had the good fortune of studying intensively with renowned artists both in Spain and North America. Having completed a Bachelor of Music degree in classical guitar performance in 1994, Holly loves to share her knowledge with aspiring guitarists as well as professional musicians, offering private lessons, accompaniment classes, workshops and online courses. Her debut recording, Transcendencia, received funding from the canada council for the arts and factor. it features her original compositions and was released October 13, 2017.