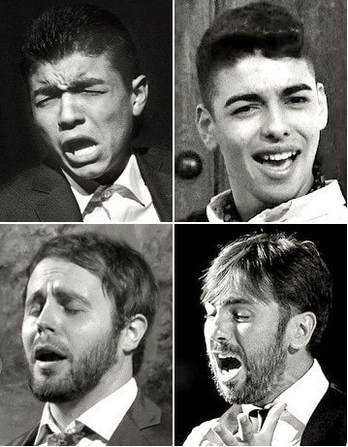 Although I prefer some voices more than others, this art seems to be experiencing a renaissance, with artists, still in their teens, who remind us, in form rather than content, of the esthetics of old, as in the case of El Bolecoand El Purili, young faces who reflect the wrinkles and grace of the oldest flamencos of Andalusia. Those two lads, born at the beginning of the 21st century, shine mysteriously, like the shine of the purest art, that is, the one which makes an impression because it’s authentic, natural and true. Time will tell.

This is nothing new. I apologize for this comparison, but artists such as Manolo Caracol, Camarón de la Isla and Paco de Lucía, to name just a few, already moved people to tears por seguiriyas, and made them fall in love por soleá, way before they knew how to shave.

Yet, this explosion of artistic youth might mask a flamenco bubble, to keep using buzzwords. In the town of Mairena, the land with the greatest number of cantaores per habitant and square feet in all of Europe (and I don’t mean just any artists, but cantaores specifically) we hardly come across any aficionado younger than 30 years old. I don’t know if the same happens in other hotbeds of cante, or why this happens, but this is worrisome.

Fortunately, there is a generation which is still young and has good artistic projection, as is the case with José and Jesús de la Mena, Carlos Guillén, Ricardo Ríos, the guitarist Jesús Rodríguez and the violinist Elisa Prenda, without forgetting the Liborio Sosa, Manolo Bustos, Castillo and Alejandro Navarro.

Then there’s Juan de Mairena too, of course. Born in 1985, he has plenty of talent and the stamp of someone who cherishes what is necessary to wade the pool of artists without getting his thighs wet. For sure, he’ll be a mayor player in the arenas where the greatest artists perform.

For now, there’s plenty of cante in Mairena, with Manuel Cástulo on first row and growing, and the acclaimed Antonio Ortega Hijo, José de la Mena, Paco Morillo, Juan Antonio Ramírez, Juan Cástulo and Antonio Ortega Padre, among a long list which guarantees the sound of flamenco between the Mills and Castillo de Luna.

The future is about to sing, and we’ll listen to it.