Home / International  / Duende and ethnicity: confessions of a foreign flamenca

With what kind of authority can I claim that anyone, from any ethnic background, from any country in the world, can feel duende and is capable of expressing the deepest, most jondo flamenco? Outside of Spain, people also feel boundless love and respect for flamenco, and have it as their lifestyle and part of their very selves.

A few days ago, the renowned cantaor Manuel Moreno Maya El Pele stated in an interview for ExpoFlamenco that “duendes don’t exist, what matters is the emotion, the mood of the artist doing the singing, playing the guitar or dancing”. This is a topic that often comes up in the flamenco community. This thing called “duende”, is just a myth, something devised to make flamenco more mysterious and esoteric? Is duende just an idea conceived by ignorant peasants unable to define and understand a state of the mind that some contemporary psychologist would dismiss as a simple feeling of ecstasy or great emotion when singing, playing the guitar or dancing, likely compounded by the ingestion of lots of cheap wine until the wee hours? The main problem to answer these questions is defining duende, because each person has their own particular way to understand this concept. El Pele naturally believes that duende is just the mood of the performer. Without daring to suggest that my opinion has the same weight as that of a greatly successful cantaor with a very long career as El Pele, something drives me to write about this topic that is at the center of flamenco mythology.

I was born in South America. My maiden surnames and those of my grandparents are all Spanish, as far as I know. They are common surnames and I have no idea which region of Spain they are from, although it’s a fact that a big chunk of Spaniards who came to South America were from Andalusia. I may or may not have some Gypsy blood running in my veins, I don’t know. What I know for sure is that I cannot say that I experienced flamenco since the day I was born, as happens with most flamenco artists, famous or not. There are no musicians in my family, and the small bits of flamenco I listened to in my childhood and teen years would have been from some old Mexican or Spanish movie featuring Lola Flores or some other flamenco artists who ventured into film. When I was 17 years old, flamenco was not part of my life, because all I knew about it were the diluted stereotypes which, with a few exceptions, was what came out of Andalusia and Spain. Yet, at 17 was when I first felt el duende flamenco. Where? How? Singing in the shower, no less.

Despite the fact that, as I said above, there were no musicians in my family, I was interested in art since I was a little girl, particularly music and dance. When I was 13, I took lessons in contemporary dance, and my teacher wanted to take me to Cuba for a more intensive training because, according to her, I had lots of potential. Naturally, my mother vehemently opposed this idea, as in her mind music and art were just a waste of time, and she didn’t consider “artist” to be a respectable or viable occupation. On top of dancing, I also liked to sing whenever I felt like, typically boleros or rancheras, which was the type of music we listened to on radio and TV in those days. Yet, there is a particular moment I remember clearly, despite the fact it was many decades ago. It was that moment when, at 17, in the shower, I felt as if something had come into my soul which drove me to sing ayeos. Ayeos which much later I recognized as ayeos flamencos, although at the time I thought they sounded kind of Arabic, which perhaps was the musical reference closer to flamenco I had those days. It was a music, a melody which came out of my throat like something I had never heard before. I also felt that it was something much beyond the sound, the melody, the melismas. I felt as if a seed had been planted in my soul, forever. A veritable musical trance which barely made me notice my sister banging on the bathroom door as she yelled “Shut up already!”

«When I read that El Pele claimed that “duendes don’t exist”, I felt an impulse to state the opposite

It was many years after that experience when, intrigued by one or other hint of flamenco in cultural programs on TV, I had the opportunity to get to know flamenco up close. This happened in Canada, no less, where life had brought me, in one of its numerous odd turns. It was at Vancouver’s Spanish Cultural Center when that seed planted in my soul so long ago finally sprouted. Staring with sevillanas and the most basic flamenco footwork, I ended up singing cante for students of baile flamenco, which was the start of my long and deep obsession with the arte jondo, It has lasted twenty years, and counting.

You may be wondering, “what can this woman possibly know about flamenco, by learning sevillanas in a little school in Canada?”. Frankly, I don’t know the answer to that question. What I know is that fate made me come across a very flamenco guitarist, Gary Hayes, alias Gerardo Alcalá, originally from New Orleans, Louisiana, who after living over twelve years in various places of Andalusia, in the 1970s and 1980s, not only just learned the most jondo guitar playing mentored by Diego de Morón and others, but soaked up the most pure arte jondo living among the Agujetas clan and other Gypsy families. This allowed him to understand and feel that flamenco is not just a musical genre, but a whole culture, a lifestyle, a way to feel and comprehend life. It was, then, Gerardo who nurtured my obsessive eagerness to learn everything about flamenco. And I feel that it was precisely el duende what made us cross paths. Like Manuel Bohórquez once said in one of his articles, we don’t chose flamenco, but rather flamenco choses us.

Ah, but how can I understand anything about flamenco, if I didn’t experience it in Andalusia since I was born? Well, I’m writing not so much what I think, but what I feel. I understand that many people in Spain believe that flamenco is the sole property of Gypsies from Andalusia, or at least Spanish Gypsies. It’s a delicate topic, because it goes beyond flamenco and it’s nuanced by deep wounds caused by social prejudices and the most abhorrent racism. The Gypsy essence in flamenco is indisputable, to the point that “flamenco” and “Gypsy” are almost synonyms in the Spanish/Andalusian context. So, how can I possibly dare to say that flamenco is global, universal? With what kind of authority can I claim that anyone, from any ethnic background, from any country in the world, can feel duende and is capable to express the deepest, most jondo flamenco? Frankly, I have no such authority. I write simply what I’ve felt and what I feel. From Canada, I’ve seen many people who consider themselves flamencos, but in fact have only a superficial interest in this art, which they rather exploit to exalt their own egos and delusions of artistic greatness. I’ve seen this not only in foreign countries, but in Spain as well. Yet, all over the world there are also people like Gary Hayes, who not only feel a boundless love and respect for flamenco, but also have it as their lifestyle and part of their very selves.

I’m not trying to be controversial, I’m not trying to argue. The easiest thing would be to keep my opinions for myself, shut up and avoid conflicts. Yet, the fact is that when I read that El Pele claimed that “duendes don’t exist”, I felt an impulse to state the opposite, to tell my story and how I felt. For good or for worse, I feel like el duende flamenco chose me, like it has chosen so many others around the world, to contribute to elevate flamenco where it belongs and to make it respected as it deserves, in all corners of this planet. Or perhaps I’m just a little crazy. Crazy for flamenco, without a doubt. 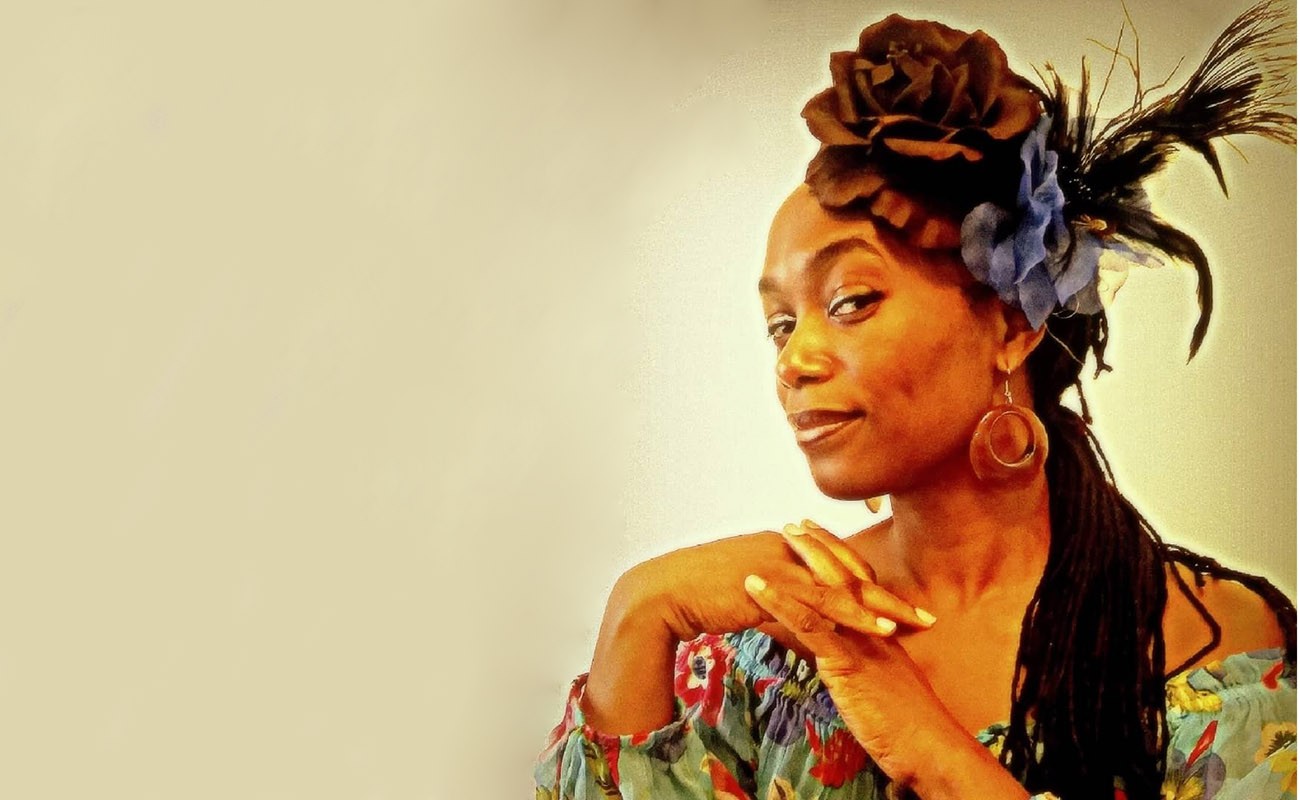 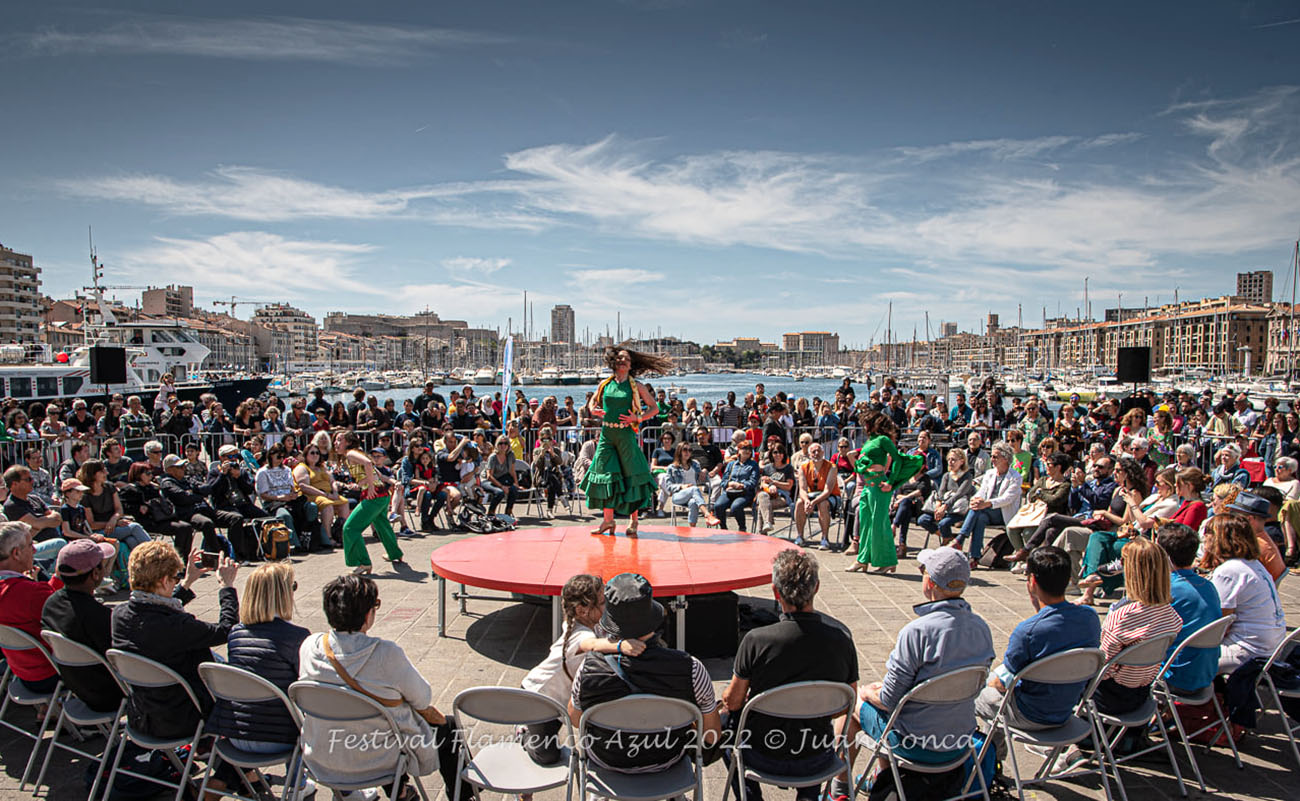