The name of Isabelita de Jerez shines once again. This week, a conference, radio shows and the dedication of plaques in the inn where she passed away and in the cemetery where her remains are buried will take place. All of this will happen with the collaboration of the cities of Jerez and Zamora, and the direction of the new 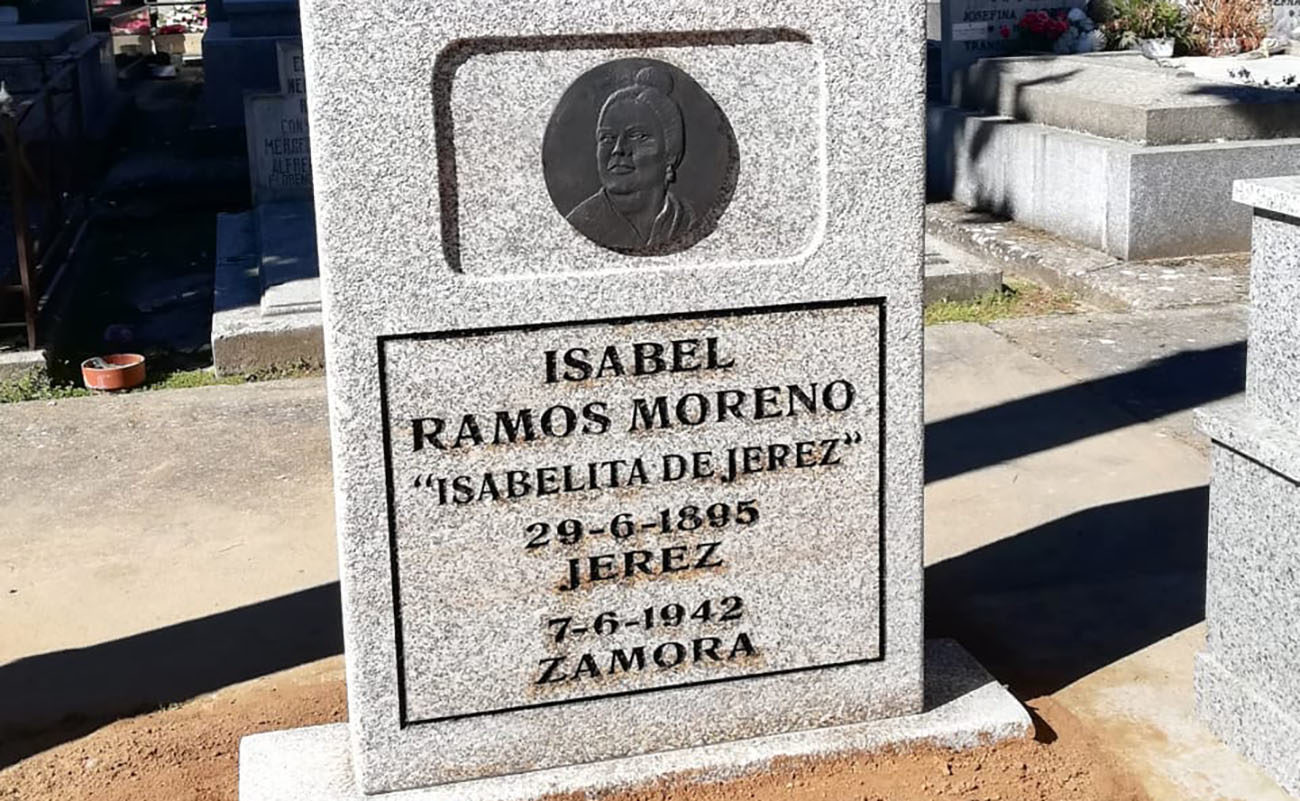 Finally, after so much effort and many hours of work and research, the determination to dust off the memory of Isabelita de Jerez and bringing back her voice and her art starts to bear fruit. To achieve this, it has been necessary to reach out to all sorts of institutions and aficionados who didn’t hesitate to contribute their grain of sand so that, all together, we might succeed in restoring the memory of this great cantaora who for almost eighty years remained hidden in a corner of Zamora.

It’s necessary, then, to acknowledge the support of the City Councils of Zamora and Jerez de la Frontera, the places where this brilliant artist was born and passed away, respectively, as well as the help and encouragement of the provincial Federación de Peñas Flamencas and the local Federación de Peñas Flamencas de Jerez. It’s also fair to acknowledge the collaboration of Rafael Infante, director of the program Flamenco y Universidad, a dependency of the Instituto Andaluz de Flamenco, which has made possible restoring her voice in a CD available to whoever is interested, thanks to the generosity of the good aficionado and collector Antonio Reina, who has kindly made available his slate records of this cantaora for their digitization. Yet, above all we must commend the invaluable collaboration of the Foro Flamenco de Zamora, a new association which from its inception didn’t hesitate in collaborating very actively to make this tribute a reality. Long life, then, to this Foro Flamenco which has started its activities with the right foot.

Time fortunately puts things in its rightful place and, although belated, the moment has come to vindicate one of our cantaoras who, although neglected in the history of flamenco, is one of the foremost artists in cante, as can be attested by the 26 tracks we have been able to restore for the collection Flamenco y Universidad with the widespread acceptance of flamenco aficionados.

Isabelita de Jerez (Jerez, 1895 – Zamora, 1942) appears in the world of flamenco around 1910 in her hometown, still very young, mentored by Javier Molina and Pepe Crévola. Yet, it’s after her arrival in Madrid at the end of the 1920s when she revolutionizes the world of flamenco, causing a commotion and becoming indispensable to the point of being chosen as cantaora personal by an artist of the stature of Pastora Imperio, after the latter came back from her second retirement (this bailaora retired twice from the stages, firsts after marrying El Gallo and then to rest between 1928 and 1934), until Isabelita unexpectedly passed away in Zamora on June 7th, 1942, when she was touring with the Compañía de Arte Gitano that Pastora had created and debuted two months prior.

Manolo Bohórquez complained that “Isabelita is still a cantaora that hasn’t been discovered by the new aficionados or by the young cantaores” and Antonio Reina adds that he thinks it’s a “veritable injustice the fact that a cantaora like Isabelita de Jerez is barely known or mentioned even in Jerez or in Seville, or in those places that are considered to be the root and cradle of cante”.

For many years I’ve striven to rescue the memory of this cantaora to the point of publishing a book, short but full of effort and serious research, besides locating and taking care of her burial place, which was about to vanish due to its old age. Today, at the end of this long road, the problems have been overcome and the name of Isabelita de Jerez shines once again. This week, a conference, radio shows and the dedication of plaques in the inn where she passed away and in the cemetery where her remains are buried will take place, with the collaboration of the cities of Jerez and Zamora, and the direction of the new Foro Flamenco de Zamora. All of this is, then, a tribute to a legendary cantaora rescued from oblivion. 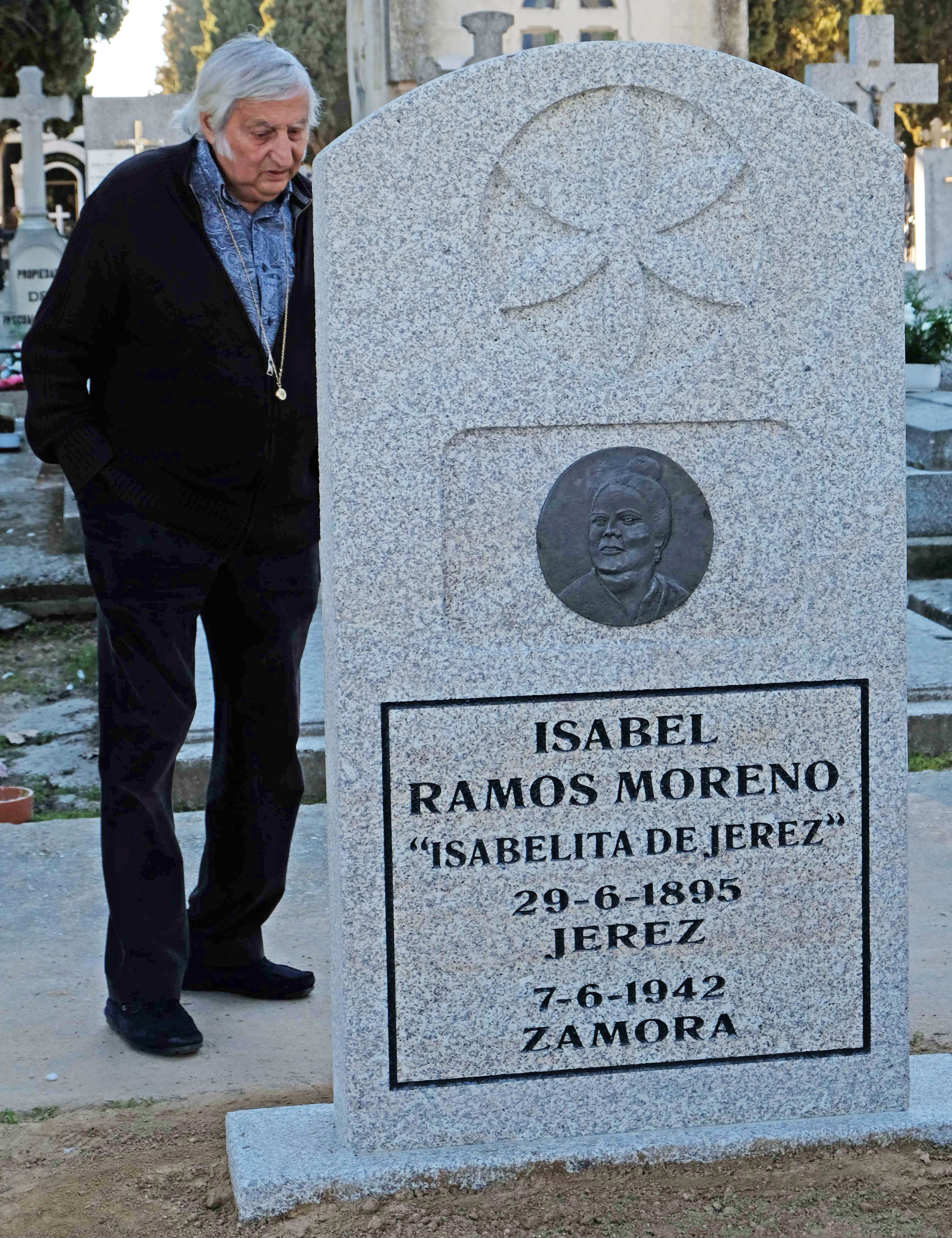